Nan and I had a great trip with Herb in Utah!  Today I’ll be showing some of the video from the first day or two of hiking.  We did about 50 miles over 5 days of hiking!  Good times!
https://youtu.be/J0Eq4oxjQxA

Good times as I share part 2 of our South Dakota trip!  Slim Buttes was amazing!
https://youtu.be/LTJza5z5rzA

Ever since we took a vacation with Phil’s family to South Dakota in July 2020, I have been longing to go back–this time with goats! It seemed like a fantastic destination for goatpacking, so on a warm, sunny day in September we headed north with our FOUR packgoat boys. Yes, you read that right! Finn and Sputnik are now joined by our two handsome yearlings, Sonic and Scout. We hope these youngsters will learn a thing or two from the old pros!

We made it as far as Scottsbluff, NE and before tucking in for the night we unloaded the goats at a local park for some exercise and fresh greens. 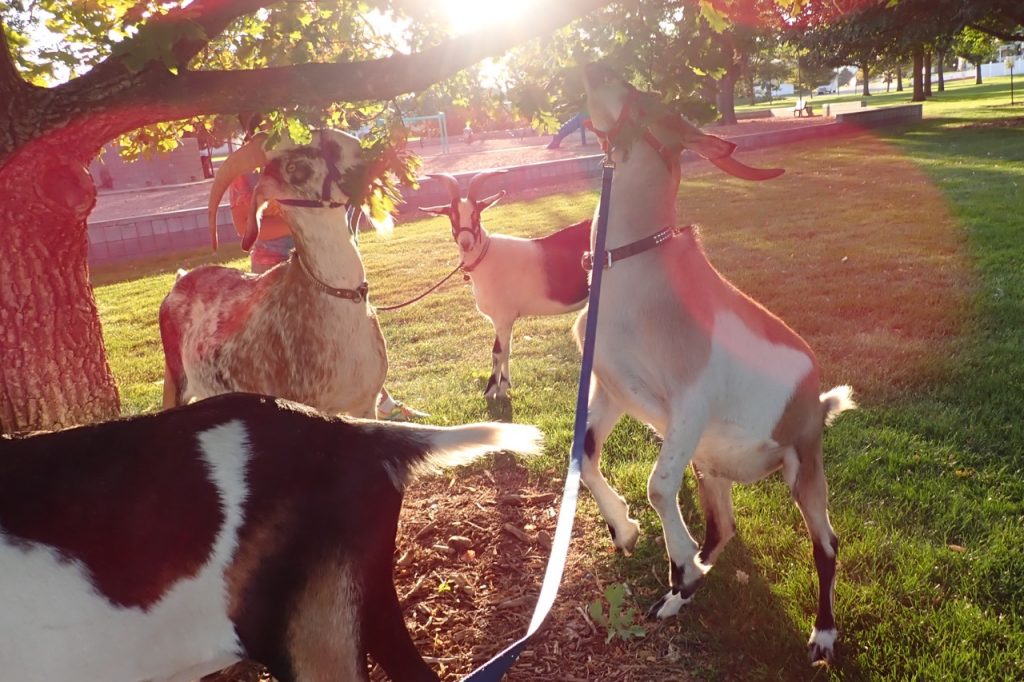 Everyone knows the tastiest leaves are just out of reach. “You can get it, Scout!” 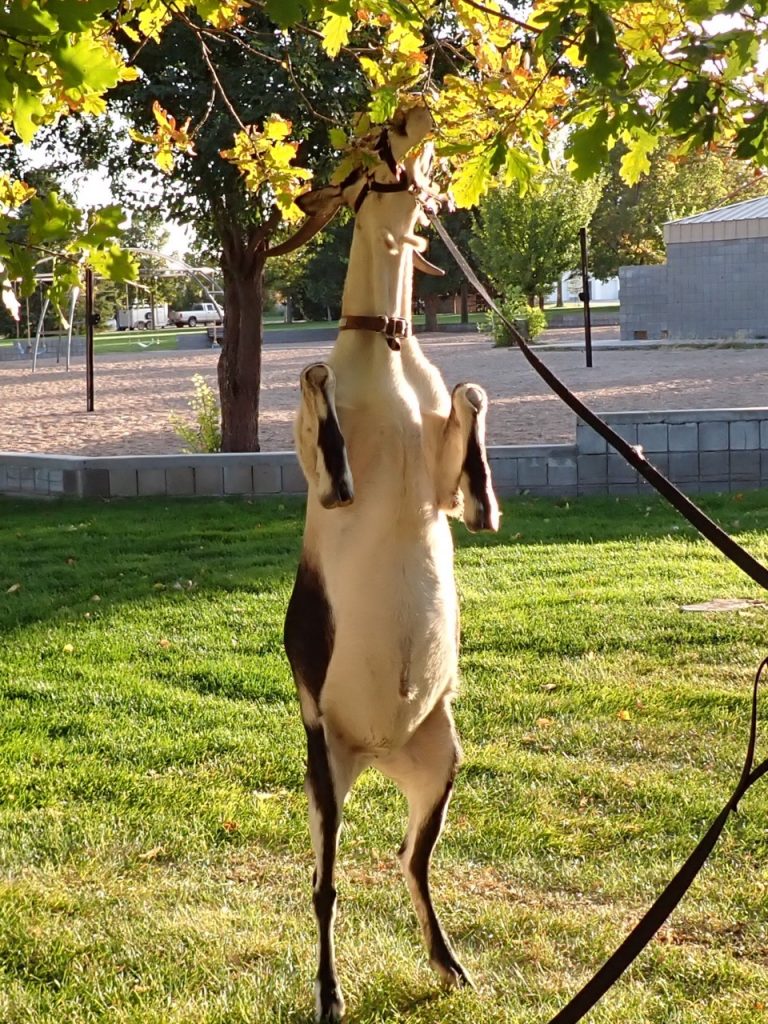 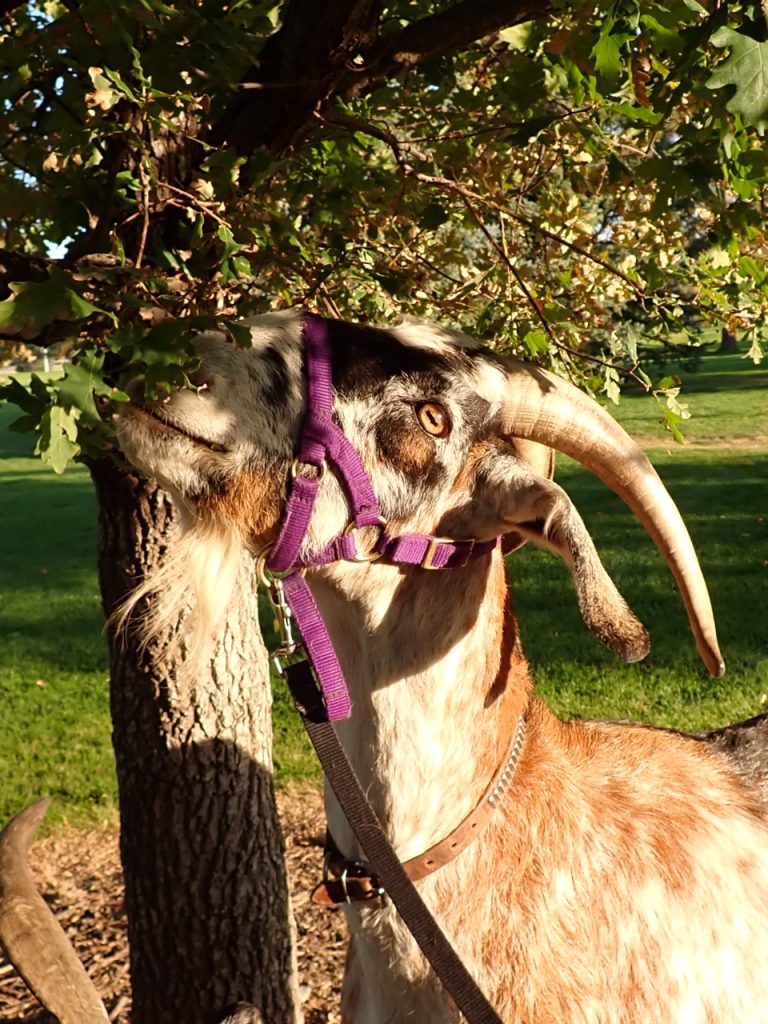 I love walking these beautiful boys in places like this. They look out of place because they are goats, but they also look like they belong because they are gorgeous and regal and who would dare say “Keep off the grass!” to such noble creatures? 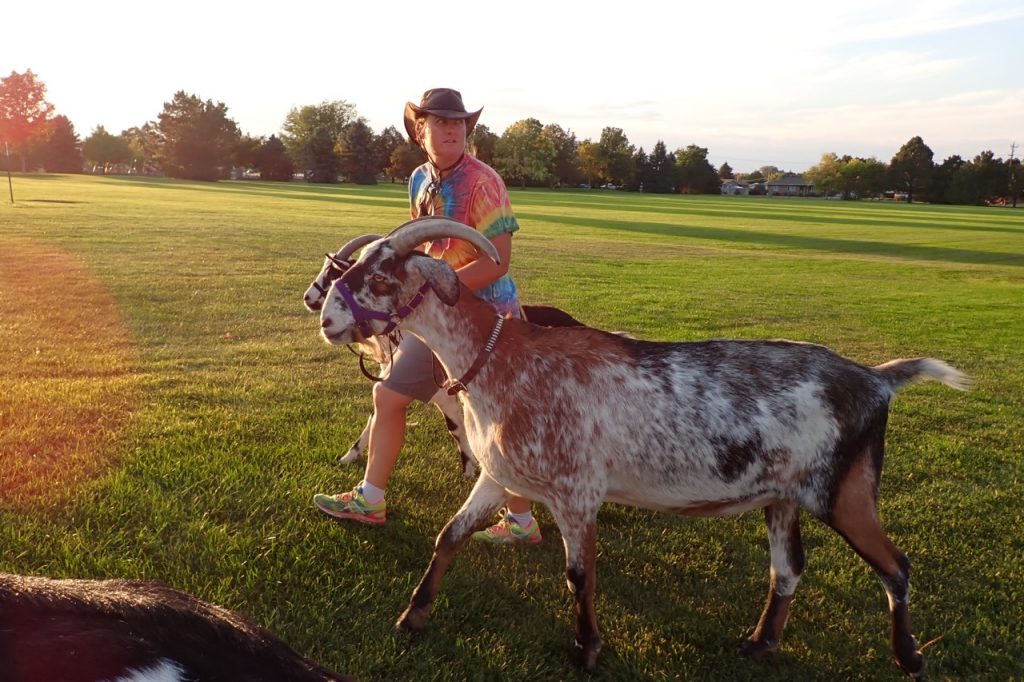 That night Phil and I stayed at the Arcadia Hotel which was a lovely little place located right next door to a bowling alley! Phil and I decided to play a couple of games. It was a pretty rundown place, but the ball return machines were awesome! Although old and battered, they had a sleek mid-century modern design with chrome and rocket-inspired fins that looked like they came off a car from 1959. When we were turning in our shoes at the end of the evening we asked the proprietor when the place was built. “1959” he replied. Nailed it!

Next day we headed on across the plains toward South Dakota. We stopped for a brief walk in the Oglala grasslands near the northern border of Nebraska. The view was not particularly inspiring this time of year, but it was nice to get out and stretch our legs. Phil and I planned to make a couple of tourist stops in South Dakota before checking into our B&B so we figured we better let the goats out for a stroll even if the scenery wasn’t amazing. 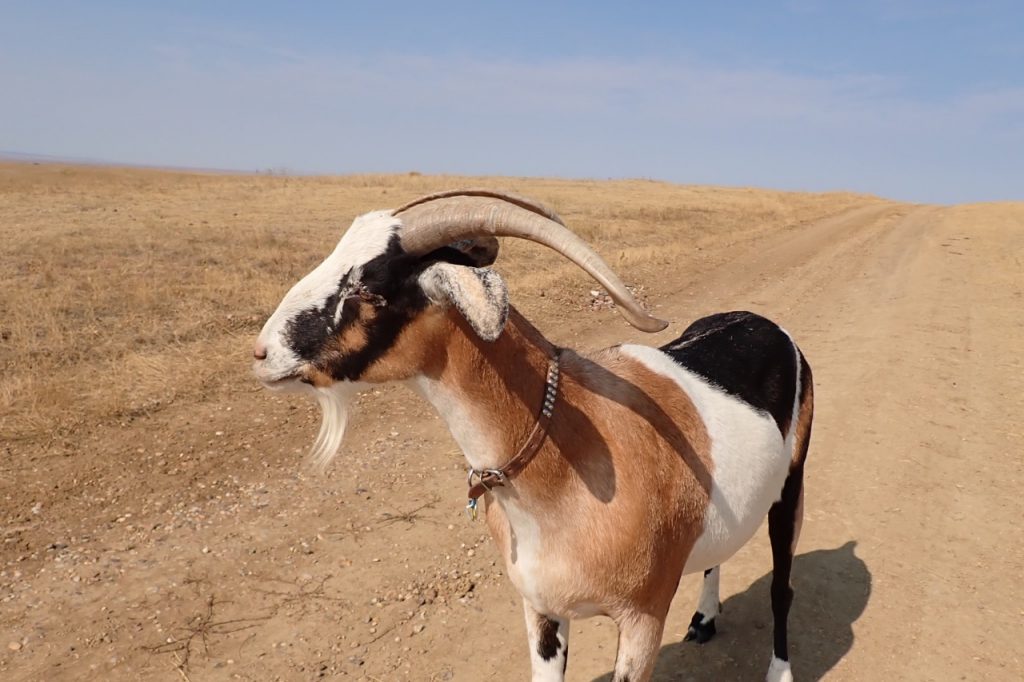 Once we entered South Dakota, we stopped for a couple of hours at the Mammoth Site where we viewed the skeletons of over 60 fossilized mammoths that had died in a hot spring in days long past. The hot spring silted in, burying their bones and preserving them.

After the Mammoth Site we tootled on over to the Cosmos Mystery Area, which is sort of like a fun house on steroids. Up is down, down is up, level isn’t level, and water runs uphill. It was enough to make Phil dizzy for two hours afterwards. We weren’t allowed to unload the goats there, but I wonder what they would have thought if they’d been allowed? Probably nothing… goats don’t have 3-D vision and I think their equilibrium is different from people’s. But you never know. I’d have taken them for a tour if I’d been allowed!

It’s been a busy month around here!  We got back from our South Dakota trip last week and I’ve got some exciting new videos from that trip to show!  I also came across some legendary Suzuki concert footage from 1989 that I’m excited to show you!