During our time in the Dallas area, Phil and I stayed with my aunt Jana and uncle Peyton who live in Argyle. It used to be a small farming community near Denton, but it too is falling to the endless, creeping suburban beast. When I was a teenager I would visit during the summer and ride horses with my cousin Christy. There were many little farms and horse properties around the area, but now most of them appear to be gone or going. Jana and Peyton still have horses on their property, and it was a perfect place to keep Finn and Sputnik for a few days. The fencing was goat-proof and the pasture was full of clover so the goats were quite happy.

Hilariously, the goats spent a large part of their time hanging out near the dog pen because they liked teasing the dog. They would rear up with their front hooves on the dog fence and eat the oak leaf buds hanging above it–not because oak leaf buds are so incredibly delicious, but because it drove the dog mad and he would run back and forth, barking and barking to try to make them get down.

Jana and Peyton invited all their kids (my cousins) with their families and a few friends over one evening for dinner. Most were able to attend and we kicked off the festivities with a little goat show in the horse pasture. Sputnik was a real ham. I’m amazed that he can still jump through this tiny hoop. I just wish the photo were from a decent angle! 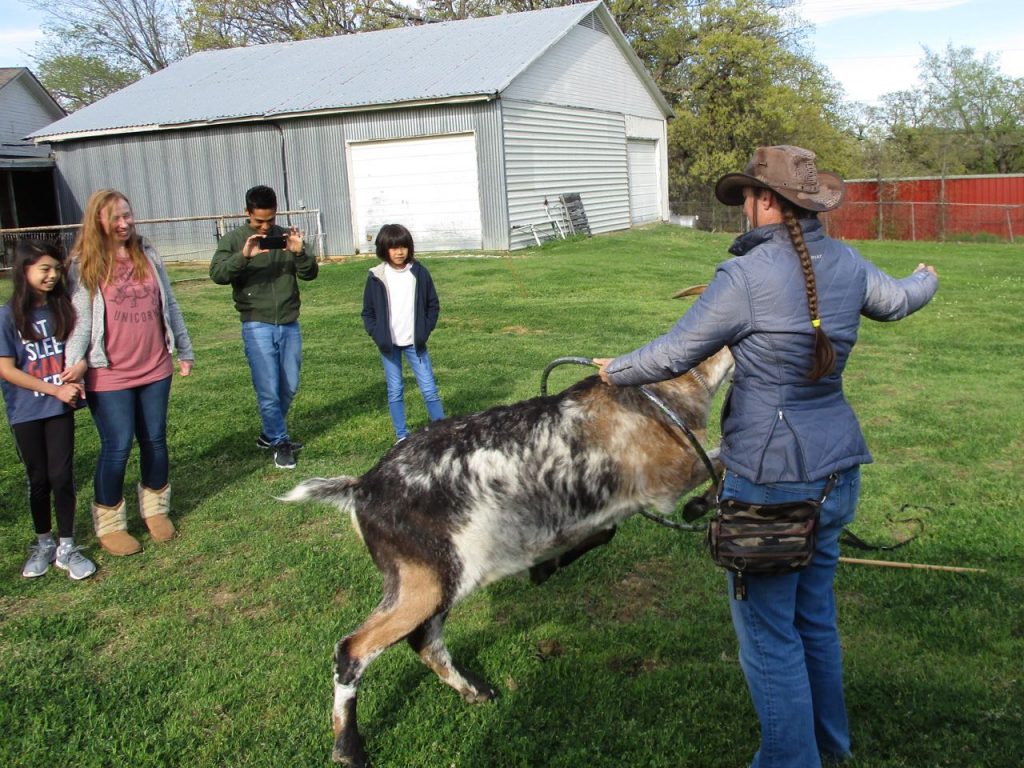 Well, Phil caught the angle this time, but the goat decided to turn his circus act into a comedy routine. He ran off with the hoop around his neck, leaving the audience in stitches. 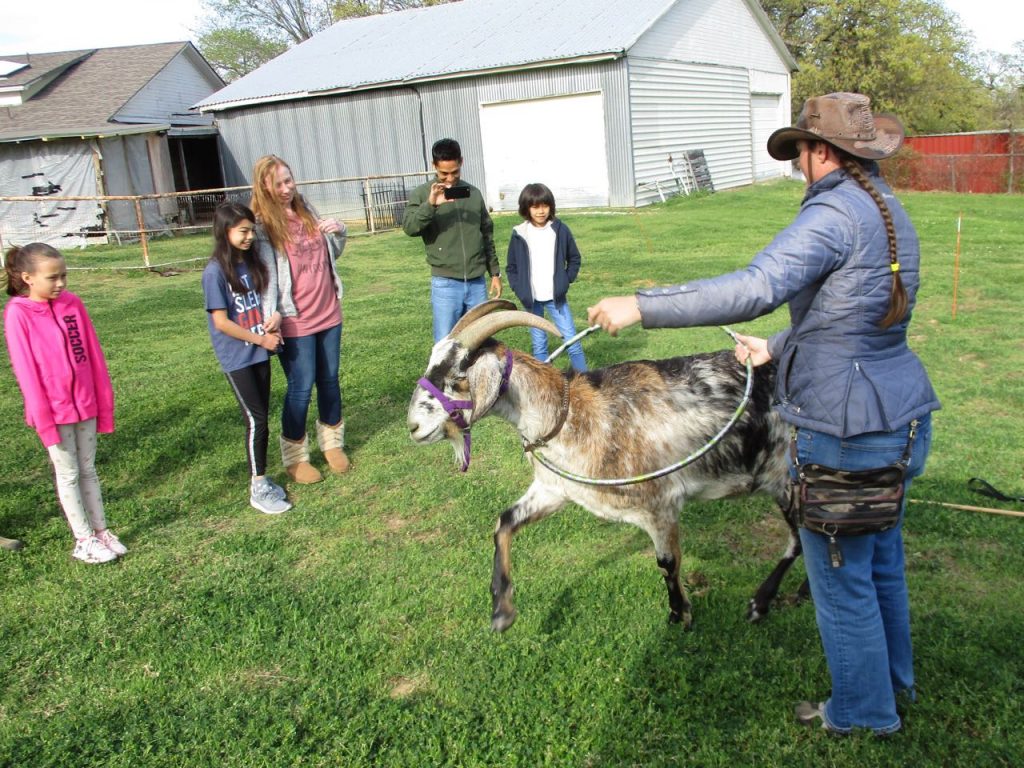 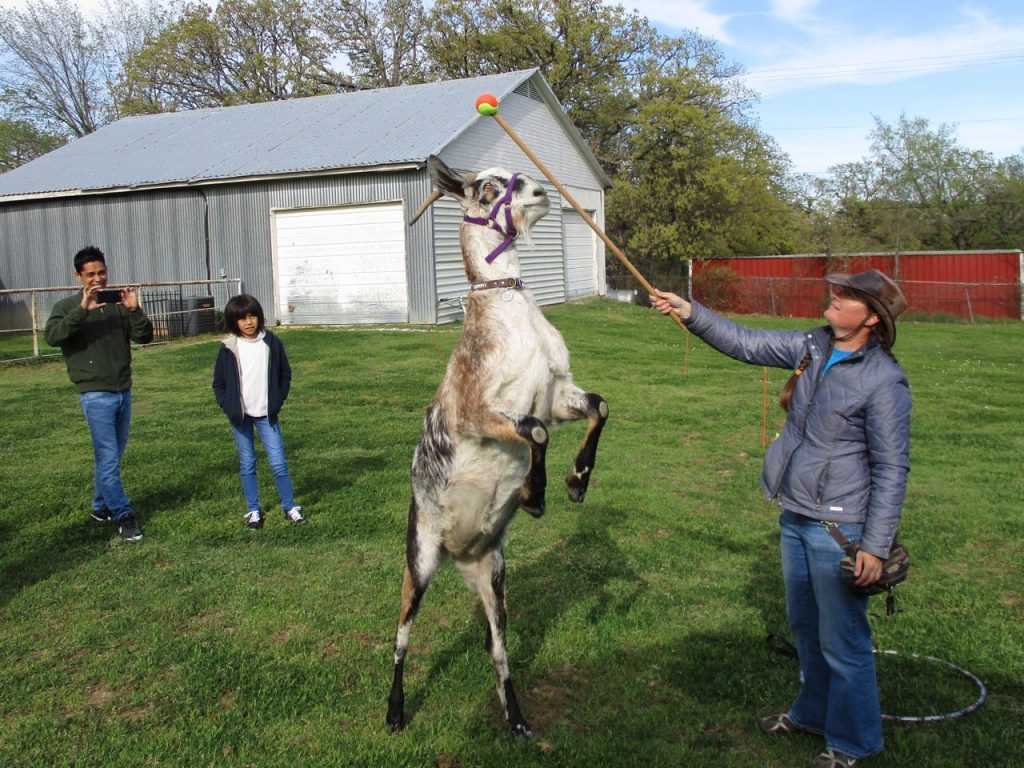 Finn, his horns duded up, pulled the cart for everyone. My uncle Peyton was the first volunteer. He looks very proud perched on that seat! 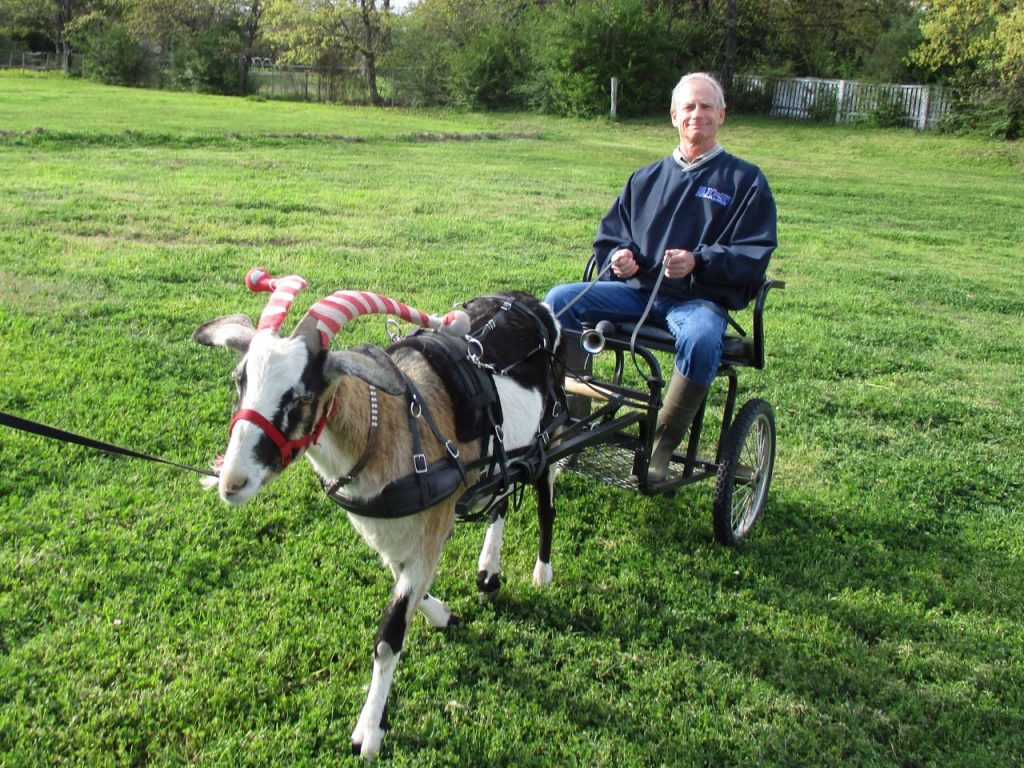 The kids all had a great time. 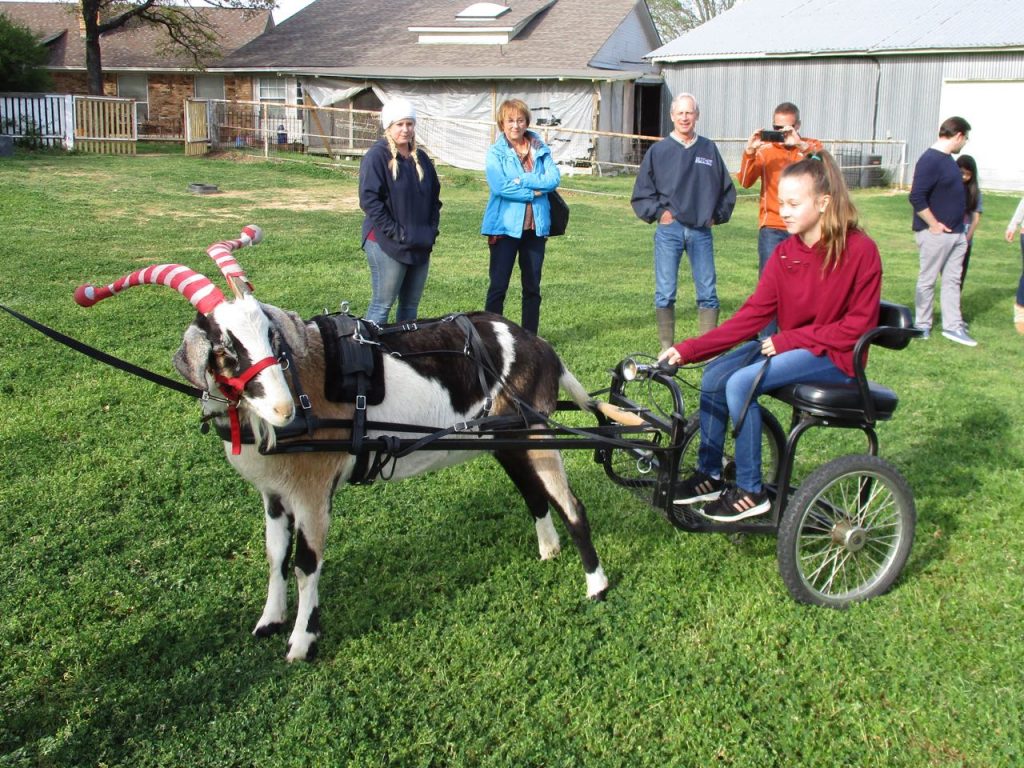 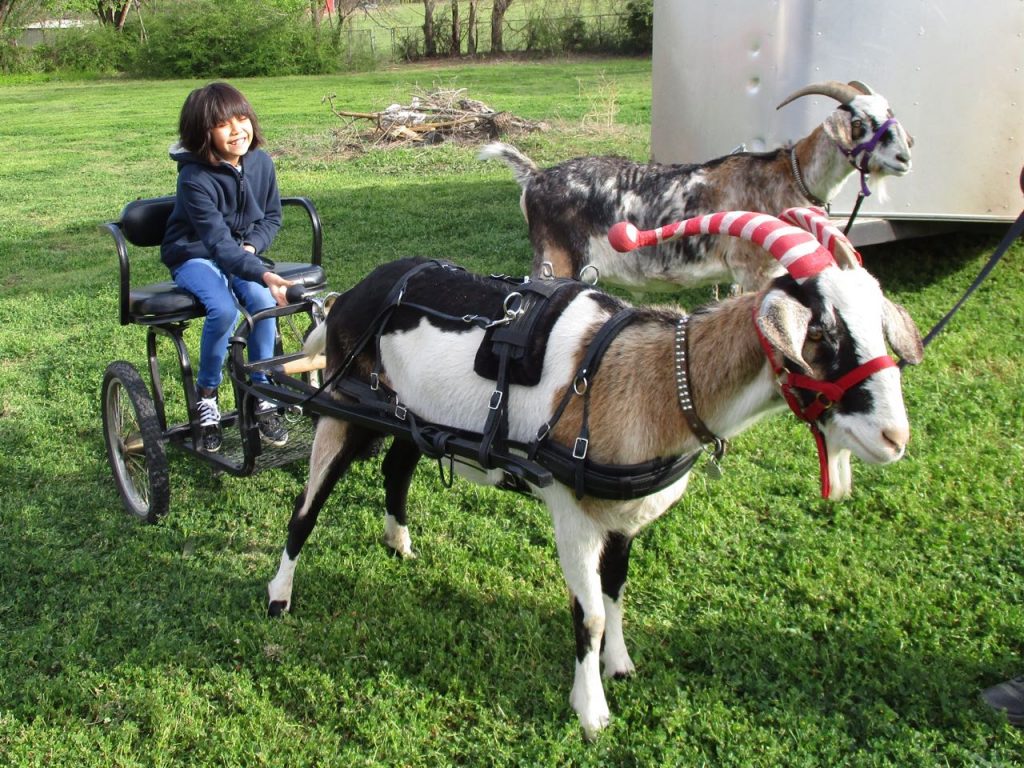 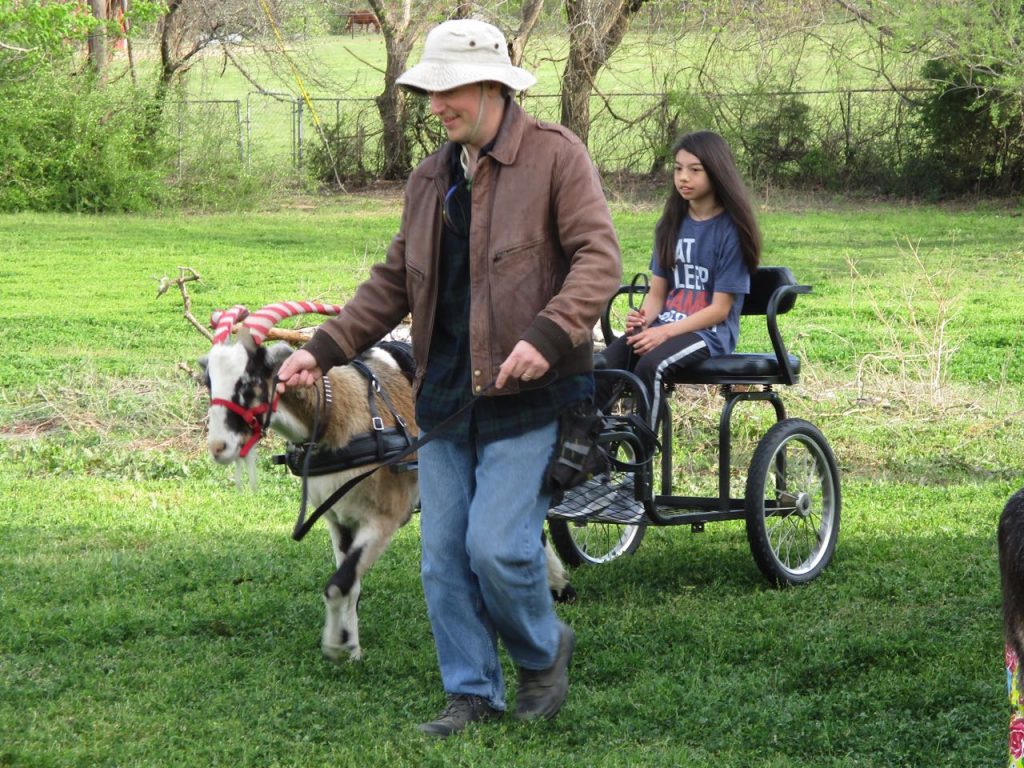 My cousin Travis was a wild man. He waved one arm like he was riding a bull and got Finn excited enough to trot! They were all a bit more sedate by the time I snapped this picture, but the beginning of that ride was something to see! (Not many people can convince Finn to run away from his friend Sputnik and his crowd of admirers!) 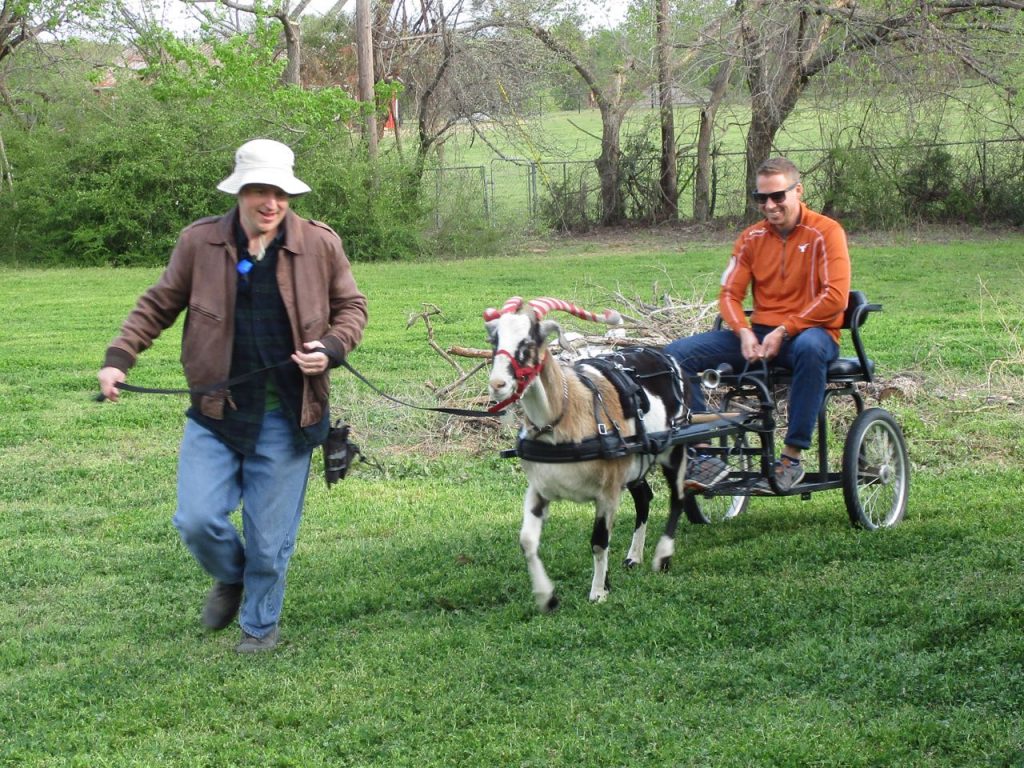 Hold the reins tighter Ashley–he might run away with you! 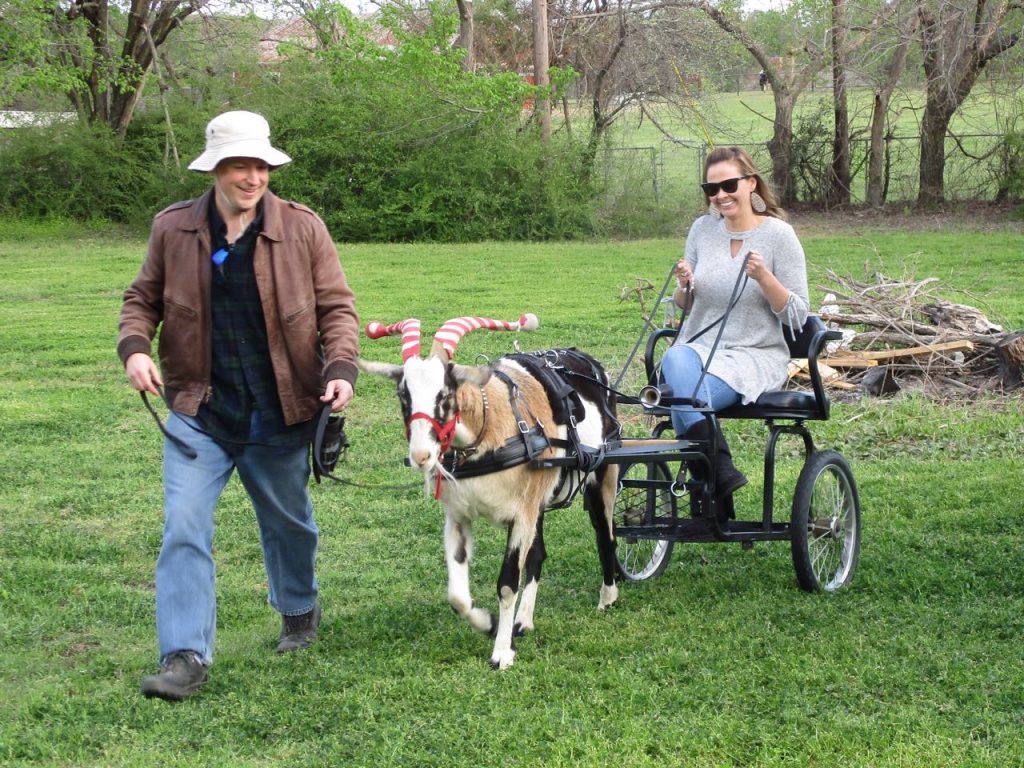