Phil and I were invited to set up and judge the annual Pueblo County 4-H packgoat show, so yesterday we packed up a bunch of obstacles and four of the boys and headed to the State Fairgrounds.

Unfortunately, due to scheduling conflicts and miscommunication between two of the show administrators, the show basically got called off. I was not aware of any of this “behind the scenes” rigamarole, so Phil and I set up a really nice obstacle course and waited while no one showed up! So we took the boys and practiced the obstacles ourselves. Pac-Man was stubborn about this narrow bridge at first, but he eventually got into the spirit of things. 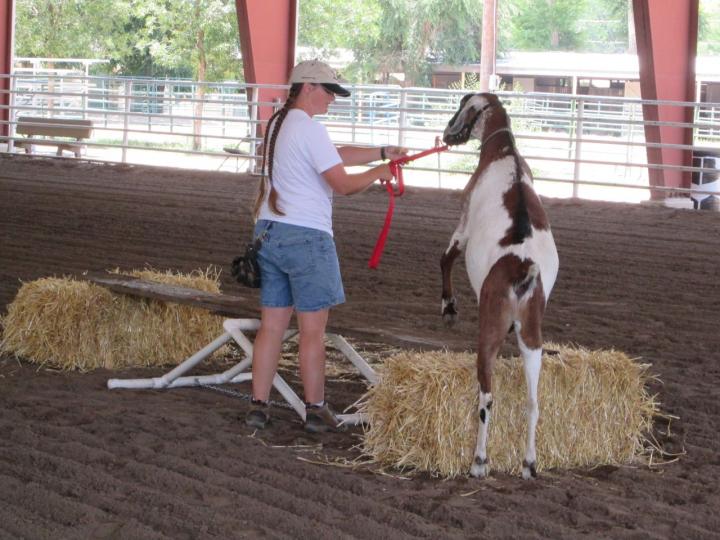 A few people did trickle over after a while, and one boy brought his young market Boer, but the competition was a bust. So we had fun with the Goat-O-Rama boys instead! 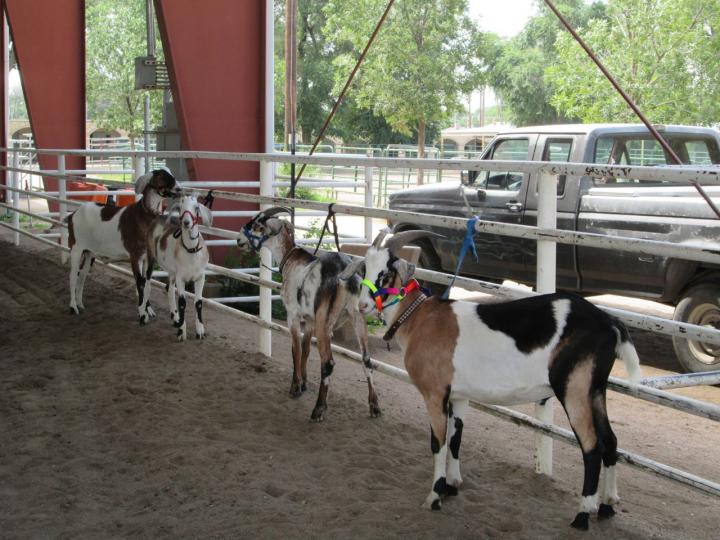 I had brought them partly for the experience and partly so that anyone could compete who may not have had a goat of their own to show. We gave everyone a goat to play with and Phil and I gave out tips and pointers as the kids guided their charges through the obstacles.

The most difficult obstacle on the course was probably also the most practical, and one our own goats were not trained for. This was the “Rainstorm on the trail” simulation where you got to demonstrate your goat’s calmness and ground tying ability. The only goat in my herd who knows “Woah” well is Cuzco, and he wasn’t with us yesterday. Pac-Man sort of knows the command when he feels like it, but yesterday he wasn’t in the mood. No one else even remotely stood there, so we got a lot of laughs and had to do a few round-ups. 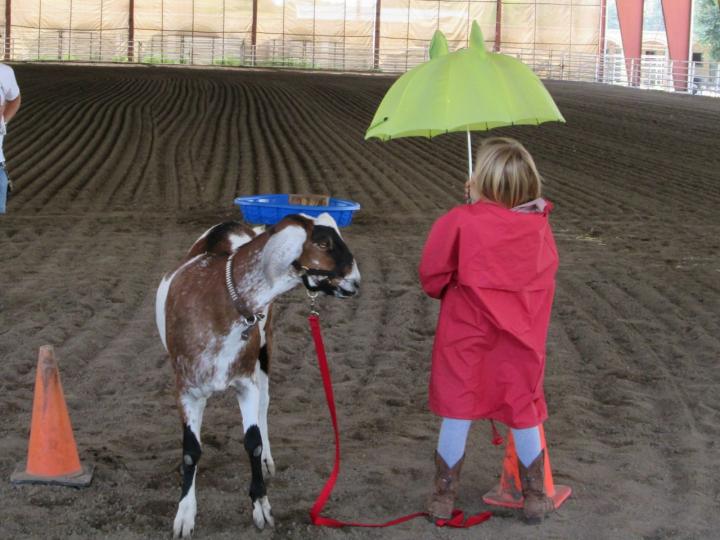 We also set up a “Stepping Stump” obstacle which Pac-Man flatly refused even to try (“I’m much too big for this!”), but all the younger boys loved it. Finn had THREE handlers at one point! He felt like a lucky, lucky boy to have so many girls paying attention to him all at once! 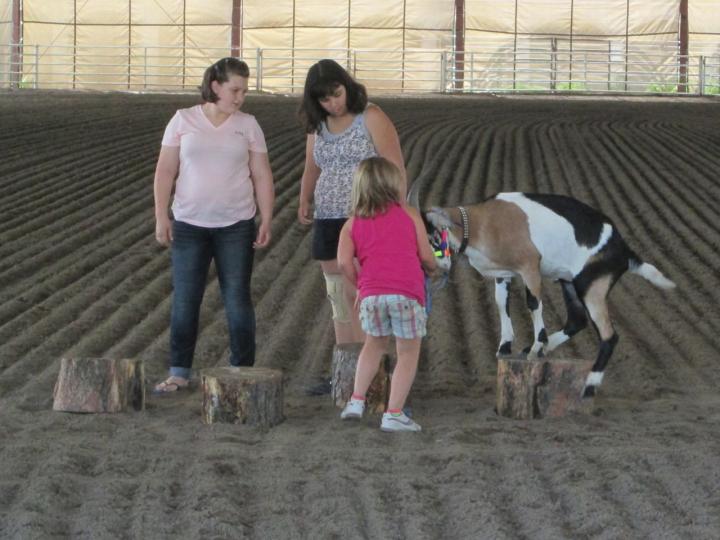 My favorite obstacle and the visual centerpiece of the course was the “Campfire”–a tantalizing gauntlet “booby trapped” with all kinds of scrumptious goodies that goats were not allowed to touch! 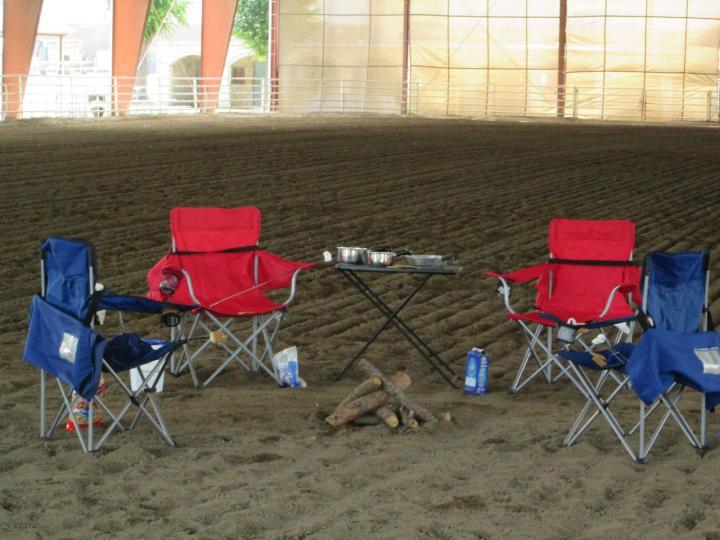 So even though the “show” never materialized, we still had a great time with our goats and with the few kids that did show up. Kids and goats alike had a blast, and I was even able to get contact info for a few folks who may be interested in helping me get up a packgoat club in our area.

Here is the full list of obstacles in case anyone ever wants ideas for their own packgoat show:

1. Jump – It was low at one end and high at the other. Bonus points for a goat who can jump the high end.

2. Rainstorm on the trail – Trot your goat from the jump to the far cone (demonstrates obedience to halter commands and willingness to follow quickly). Drop the rope on the ground (kid could step on it to hold goat in place if necessary), and put on the raincoat and open the umbrella (goat should not spook). Demonstrate ground tying by walking around the two cones the goat is “parked” between. Goat should not move. Remove raincoat and close umbrella.

3. Narrow bridge – This was a board 12 feet long and 12 inches wide set between two straw bales. A support in the middle kept it from sagging or breaking in the middle. Handler could walk on the bridge or beside it, but the goat had to cross the whole thing.

4. Water crossing – Kiddie paddle pool half full of water with a stump in the middle. The goat could step in the water or or use the stump to cross or a combination of both. I put some arena dirt in the bottom of the pool to give traction for goats who stepped into the water.

5. Campsite – Chairs and camp table arranged around a “campfire” with various tasty food items scattered on the chairs and table. Goat had to walk in a circle between the chairs and the campfire without snatching anything or bumping into chairs or campfire wood.

6. Stepping stumps – Four stumps spaced about 18″ apart in a zig-zag pattern. Goat should hop from one to the next without touching the ground.