For the first time since 2003, we had family for Christmas! Phil and I usually spend a quiet Christmas at home by ourselves, but this year Phil’s parents came to stay for a few days. It was great fun except that I came down hard with a very bad cold a few days before they arrived. I lost my voice and never got it back until after they left. Phil started coming down with the crud on Christmas Eve and is still recovering. But at least we didn’t give it to his parents!

We made a gingerbread house. I’ve since snacked on part of the roof, but I suspect the goats will eat most of it. 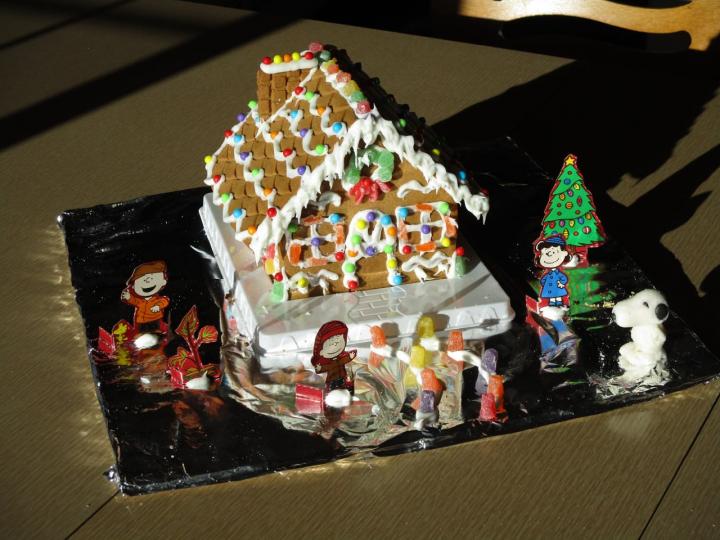 Santa visited us Christmas morning! Phil’s dad, Jim, has been growing his whiskers so Phil lent him the Santa suit so he could really play the part. 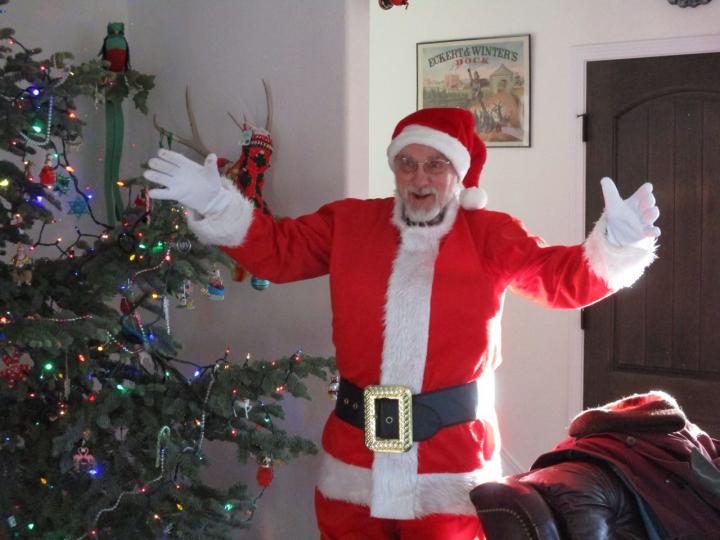 Naughty Phil! I’ll bet he gets coal in his stocking! 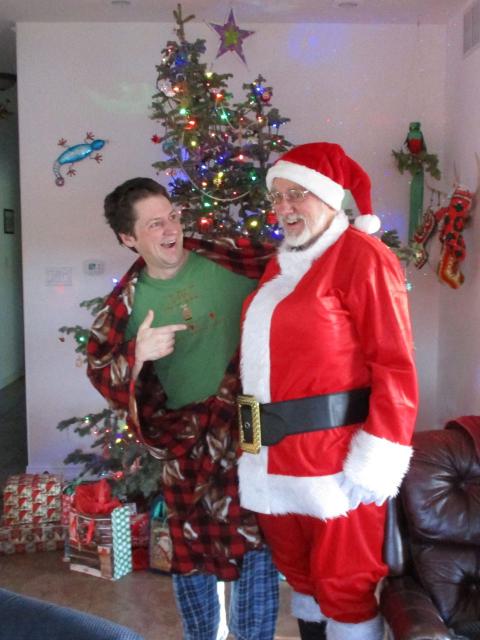 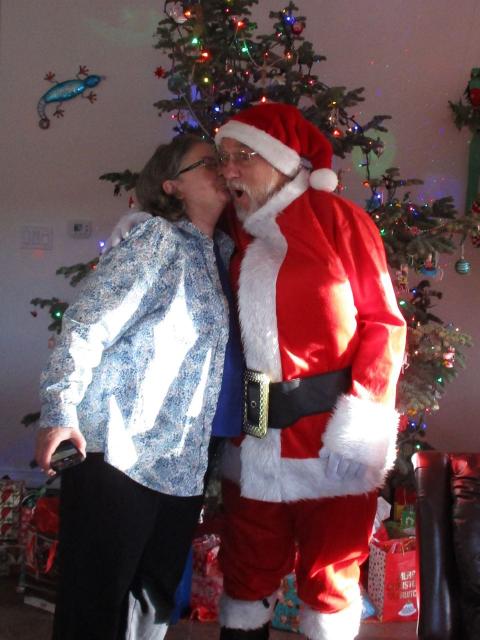 Dusty and I got a new bridle, breastcollar and saddle blanket. Jet’s things have been retired. He was so special it was too hard to put his tack on a new horse, and Dusty needed her own style. Doesn’t she look pretty in turquoise? 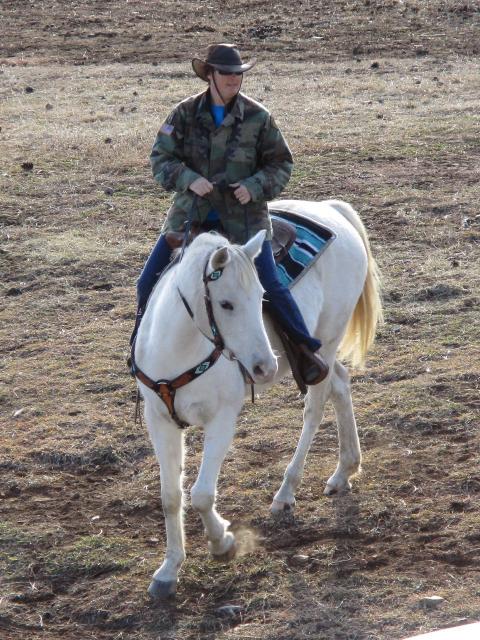 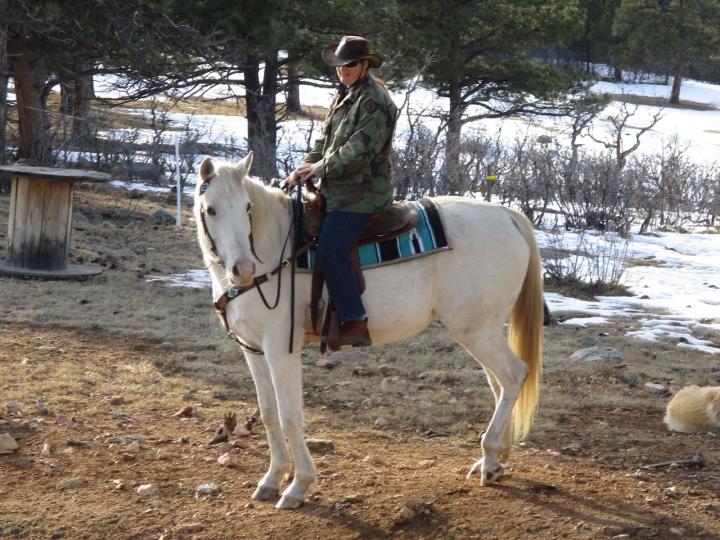 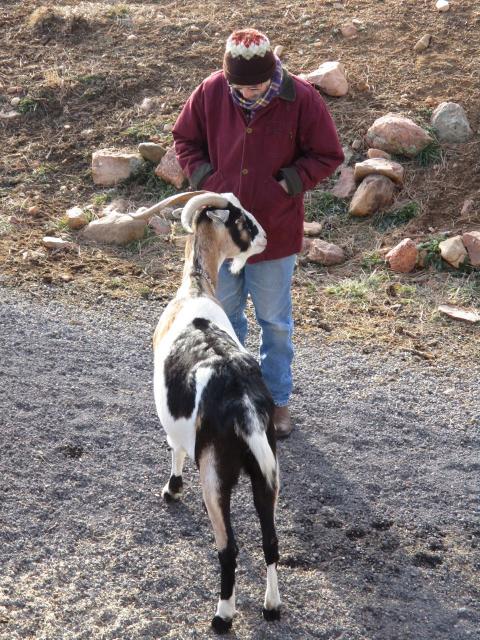