The ultimate destination for our goat vacation was Taos, NM. We rented a nice cabin through AirBnB which turned out to be perfect for bringing our goats. It was in a farming area with cows in the pasture next door, and there was enough area in our yard to tether the goats out when we weren’t hiking. The cottonwood trees were shedding their leaves and had lost some branches in the wind, so Finn and Sputnik were very pleased with their surroundings. It turned out there were also several different hiking trails within walking distance of our cabin!

Phil and I were still sore and tired from our long trek to Wheeler and back, so we decided to take it easy on our first day in Taos. We chose one of the trails up the road from our cabin which was described as having a waterfall and a cave. Well, the waterfall had dried up but the shallow cave was still there. 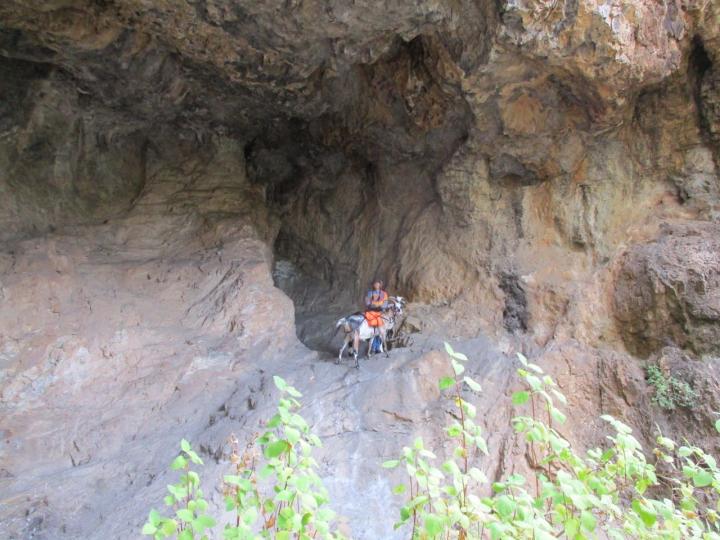 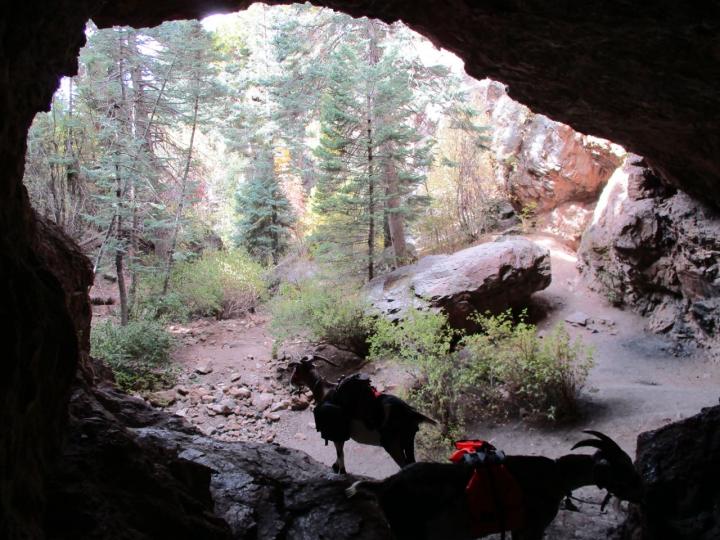 Finn the showoff decided to do some exploring higher up where the rest of us were afraid to go. 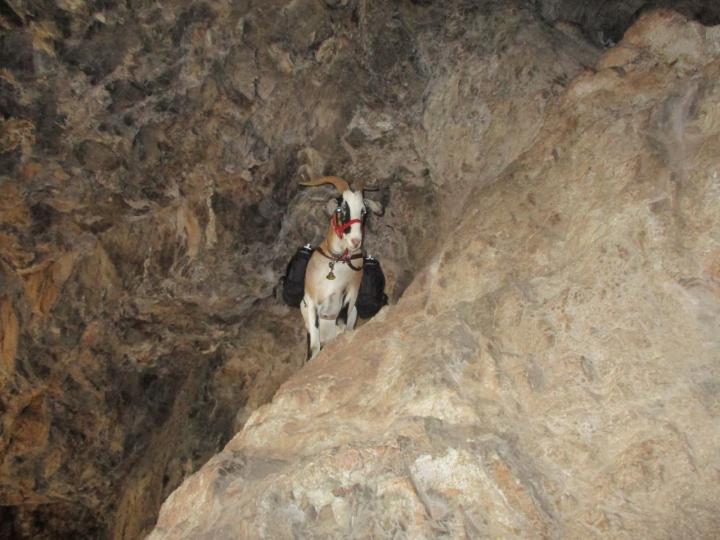 Sputnik says, “What are you doing up there? Are you crazy??” 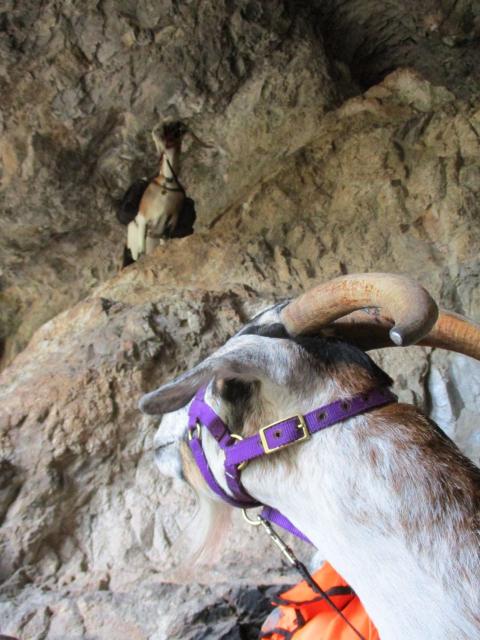 He got pretty high! 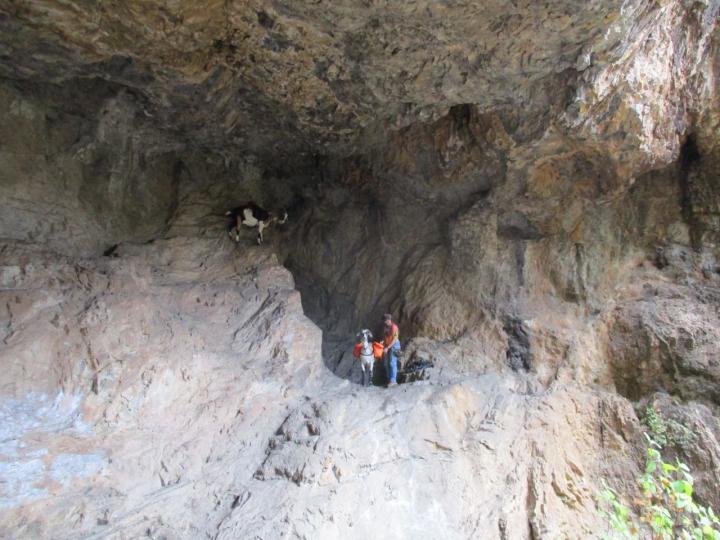 Both goats enjoyed watching me crawl clumsily back down the rock. “She’s an idiot. Why doesn’t she just jump?” 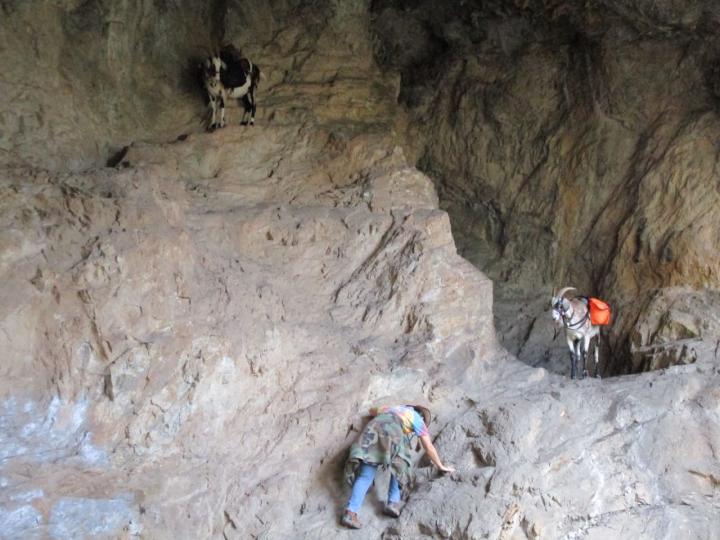 Meanwhile, Finn somehow got himself turned around on that narrow ledge and climbed catlike down the face of the cliff. That boy is going to give me a heart attack one of these days! 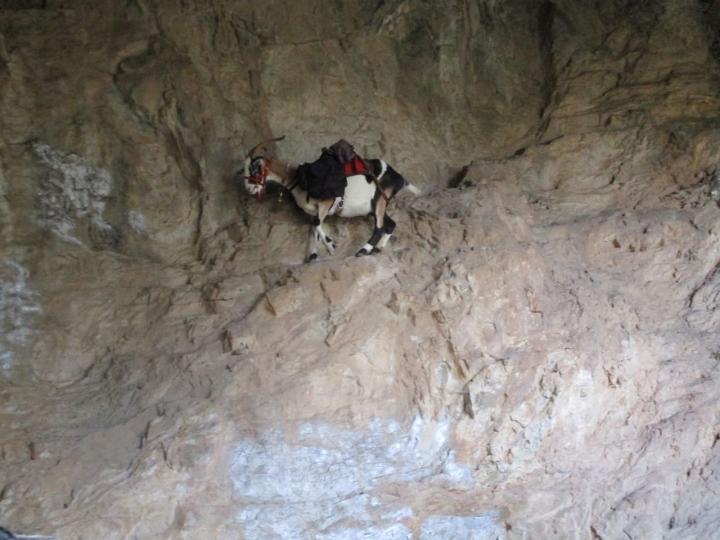 Sputnik says, “Are you done showing us how awesome you are, Finn?” 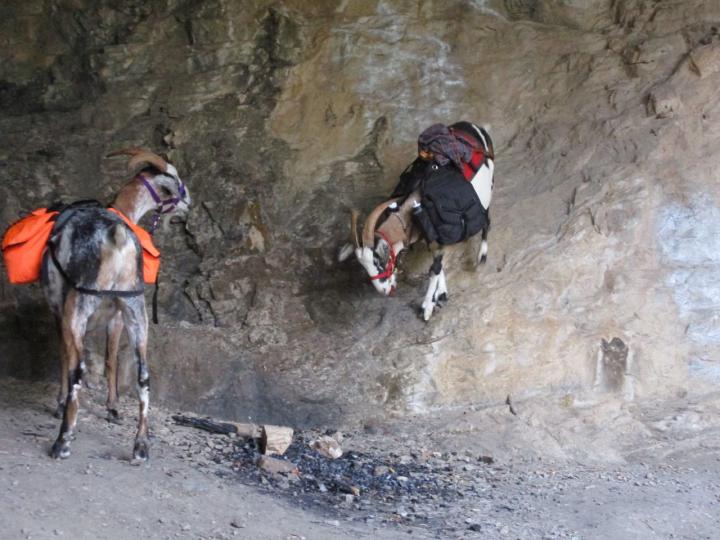 The “waterfall” hike was so short that we decided to explore another trail. We ended up on the old Lucero Peak trail, which looks like it is barely used any more and hasn’t been maintained in a couple of decades. So much for our plan to “take it easy”! This was a very steep trail and it never relented! It appeared to be well-worn at one time, but logs have fallen across it in many places now. Luckily that does not stop goats!

We had a nice view of Taos on our way up. 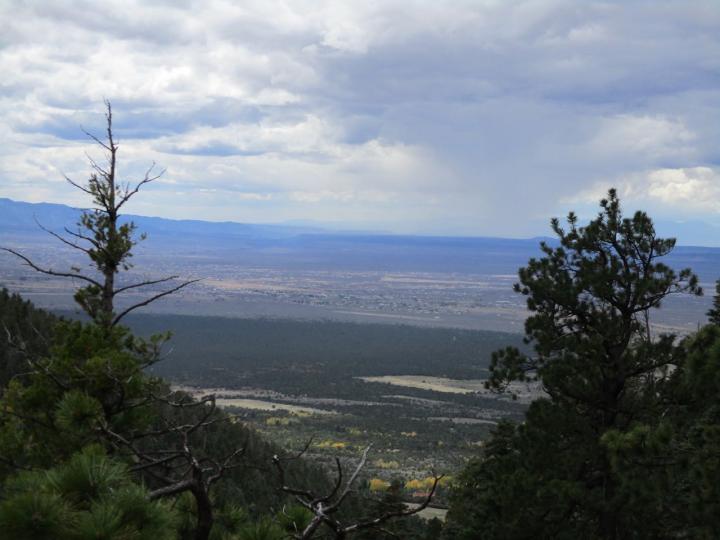 The trail eventually petered out and we scrambled up a very steep, rocky slope with slippery dirt footing toward a rock outcropping where I thought we might have a good lookout. Here’s me looking out very nobly with my miniature packgoat looking out in the background. How did he suddenly get so small? 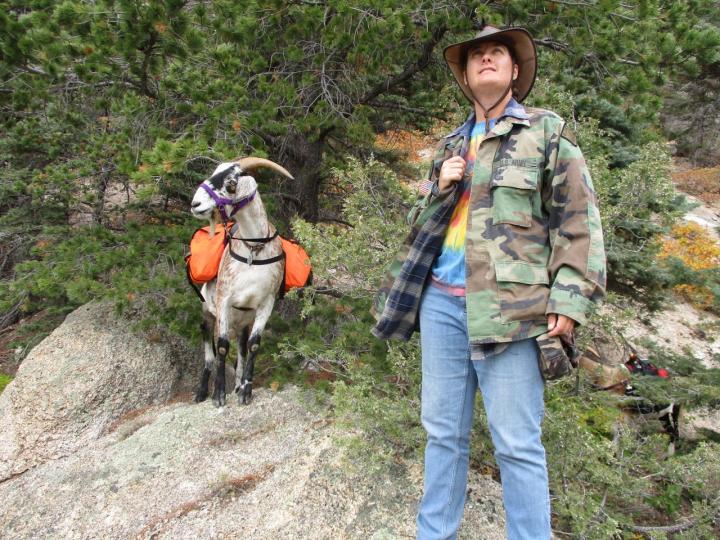 Phil looks out at a thunderstorm brewing over a distant mountain peak. 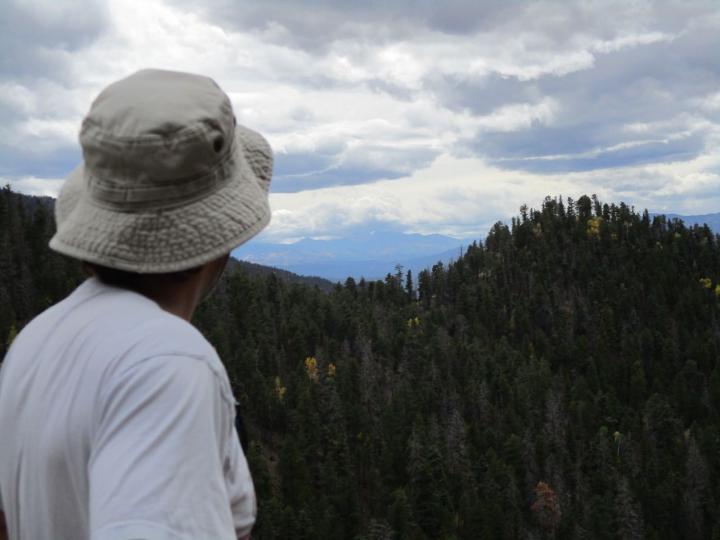 Finn looks out and then looks back. 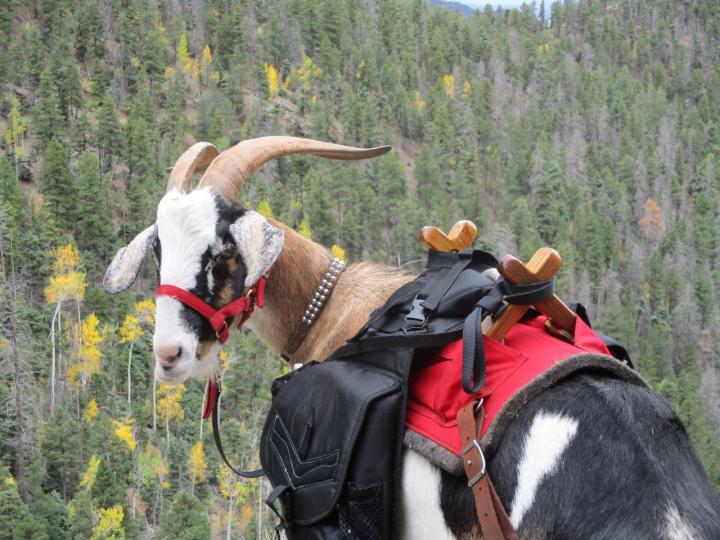 And Sputnik says, “I’m tired of looking out. I want something to eat.” 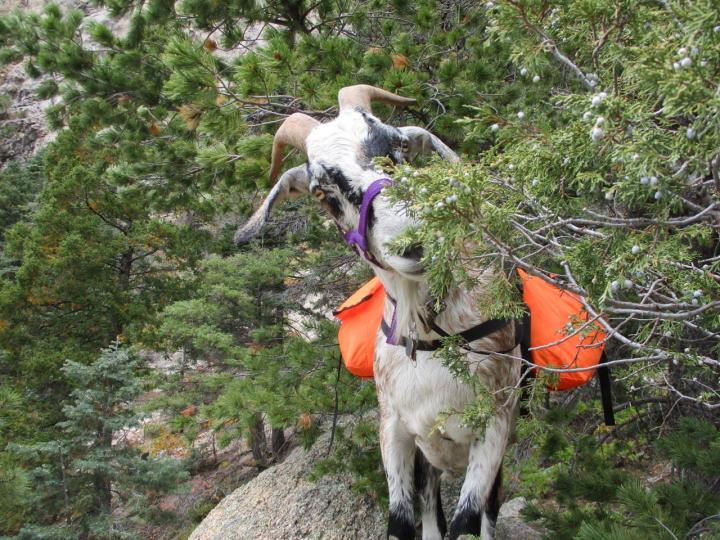 2 thoughts on “Seventh annual Hassey “Goat Vacation” Day 3: The Cave and the Overlook”