It looks like Finn is going to be an awesome hiking companion. This was his first day out on the trail and he had the time of his life! I’ve never seen such a happy goat. 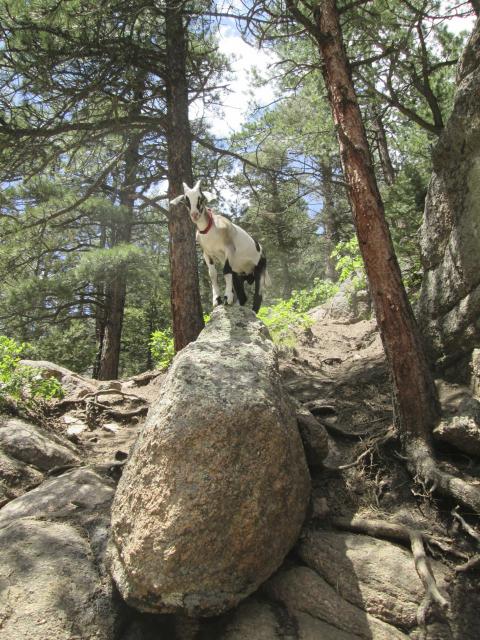 He cried during the ride in the truck (Pac-Man didn’t help–he cried just as much, the big sissy), but once we got on the trail, Finn turned into a bouncing ball of glee. He’s got every bit of his mother’s spunk and athleticism (we call Lilly our ninja goat). There are loads of cliffs, boulders, and giant logs on this trail, so Finn spent the entire time bouncing circles around us as he leaped from one launching pad to another, sometimes far above our heads. I worried that he’d pull a Nibbles and get stuck, but he’s quite the brave little leaper and he never let the heights get to him.

It’s hard to tell from just two photos, but this was a complicated and rather risky maneuver… 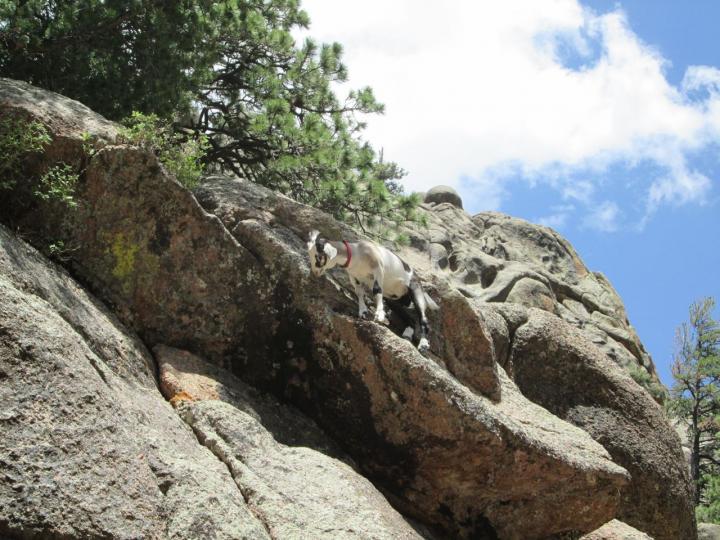 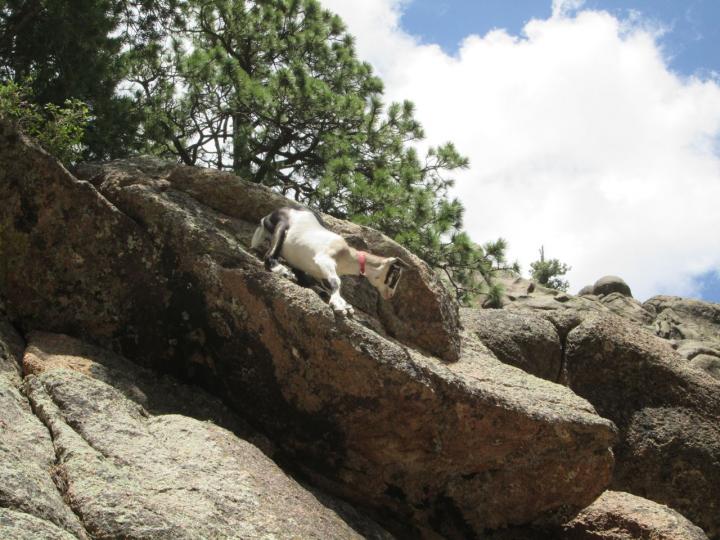 …performed at a great height. 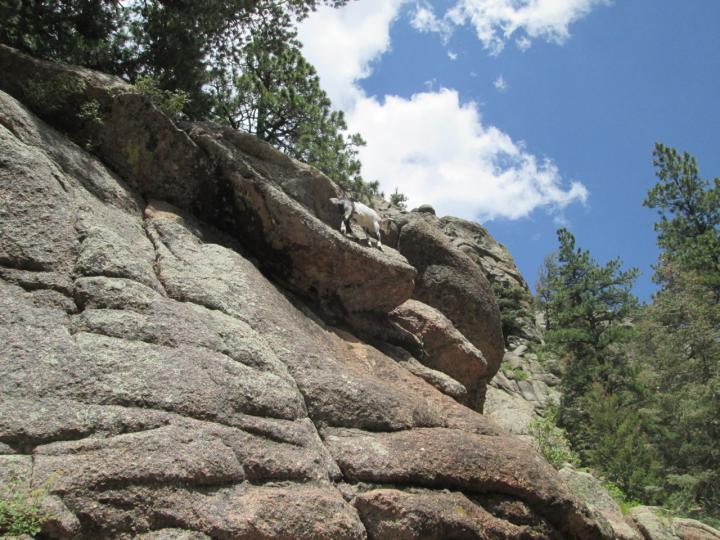 Pac-Man is learning to be somewhat more athletic. He had to cross logs, he had to climb over boulders, and he even had to jump a few ledges. He would have gone around if he could, but sometimes there was water to avoid, and leaping is almost always superior to getting one’s toes wet. There were a few places where the creek overflowed the trail and only the nimblest climber could scale the cliffs to get around, and for the first few of those I had to physically drag Pac-Man into the water (with much crying and protesting). But by about the third or fourth one, he came with only a small tug on the rope, and on the way home I was able to unleash him. He waited until we were out of sight before he could work up the courage, but he still did it by himself. I was very proud of him. 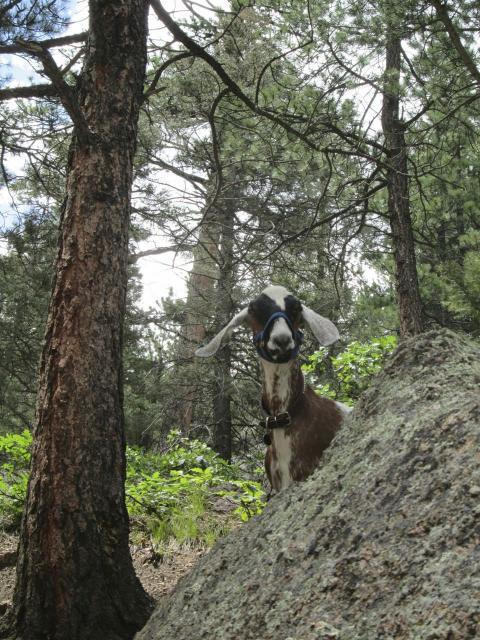 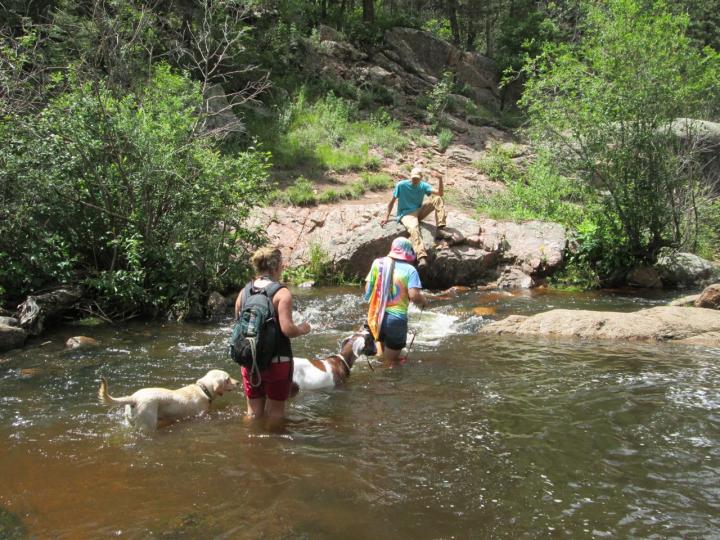 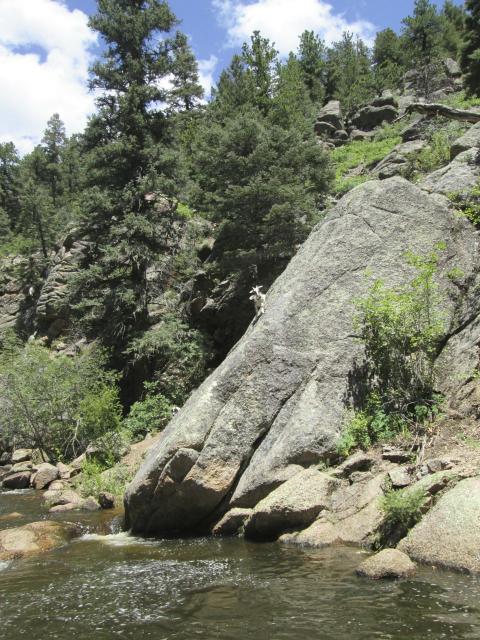 Although he prefers not to get his feet wet, Finn does not share Pac-Man’s extreme hydrophobia. 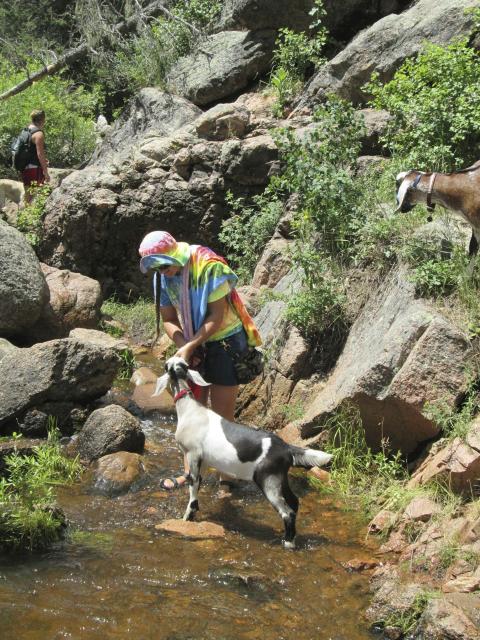 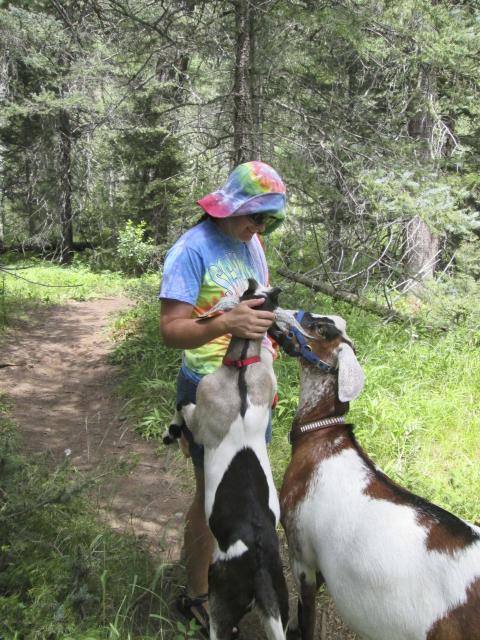