Some of you may have heard rumors that Phil and I have our sights set on taking our goats to the International Goat Days Festival in Millington, TN in September for the annual goat chariot race. Last week a friend did some minor work on our goat carts so they can now be converted from sit-down carts to standing or kneeling chariots! Of course, we have not yet added panels to make these look like bona fide Roman chariots, but we took them out for our first test drive on Saturday.

Sputnik was the hero of the test driving event. This goat knows his job and he really puts his heart into it! Finn has been less cooperative about driving (or working much at all) recently, so we decided to harness him up but not drive him. Finn got to walk alongside and watch how Sputnik does things.

For the actual race, contestants always kneel. I need to add some padding to the front rail and the floor to make this position comfortable. 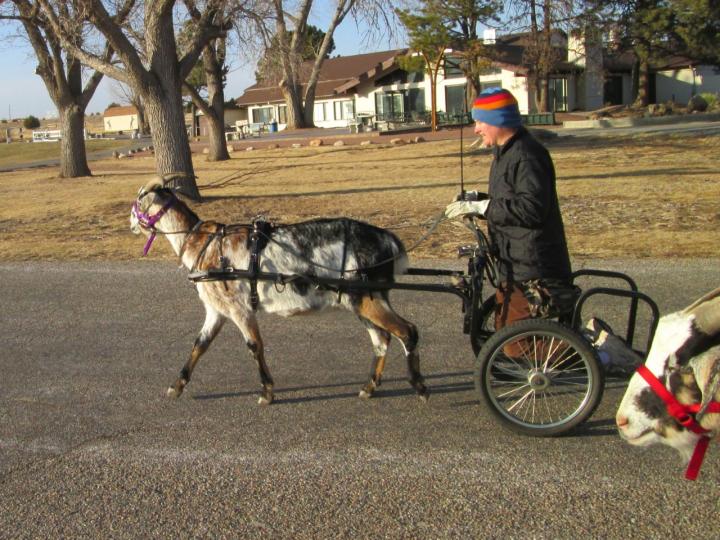 Although it was much less stable, I thought standing was a lot more fun! Finn would like you to think he is pulling the chariot in this photo. 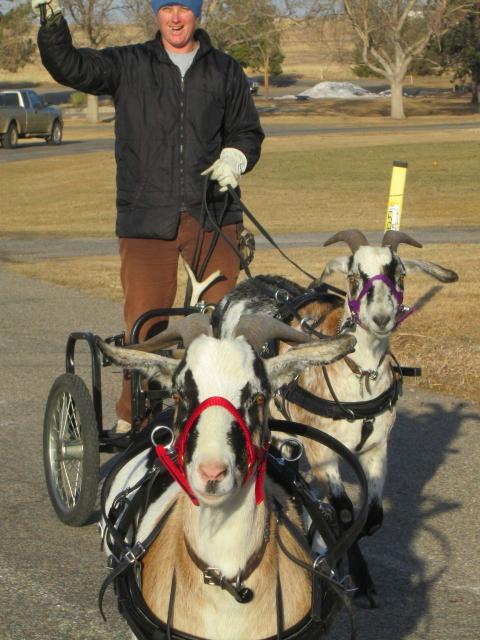 Since I knew that my balance would be an issue, I drove Sputnik in a halter so as to avoid hurting his mouth in the event of any accidental rein-pulling. Sputnik was very excited and wanted to trot most of the way, so I did get “left behind” the motion a couple of times when he would go straight from a stop to an eager trot. At those moments I was glad for his sake that I opted to use the halter! 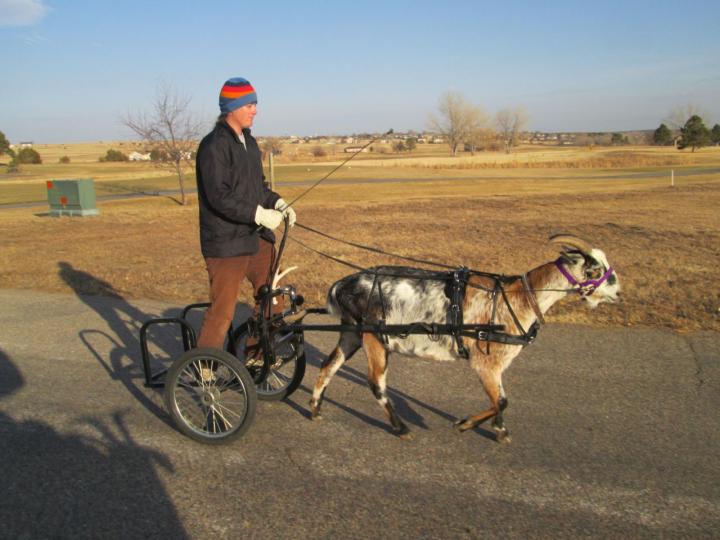 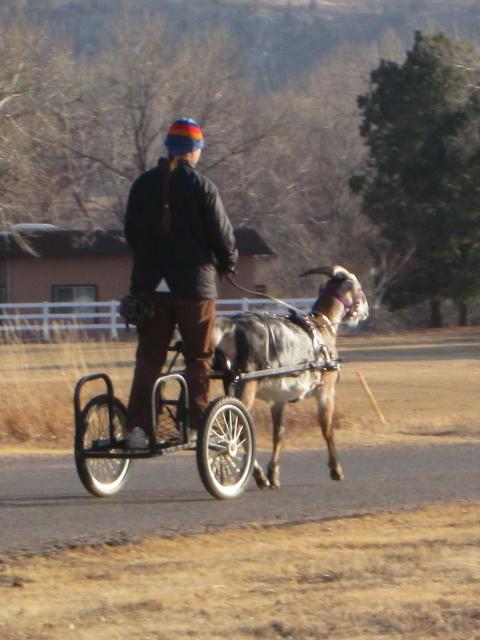 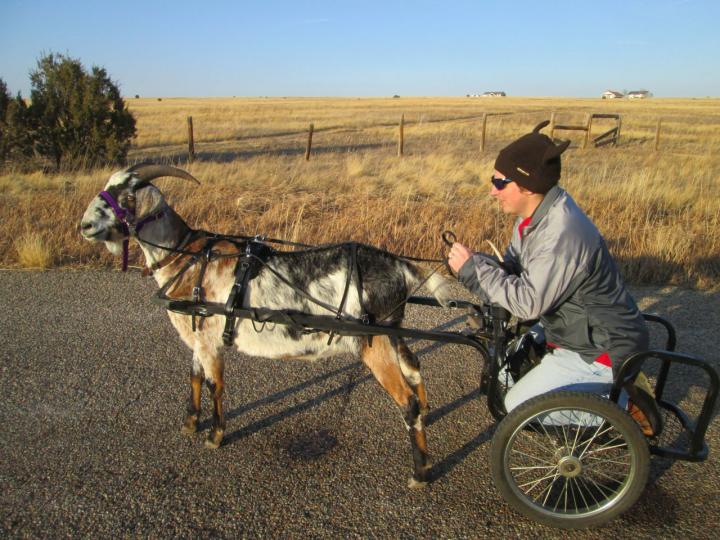 Sputnik says, “What the heck are you doing back there? Can we go yet??” 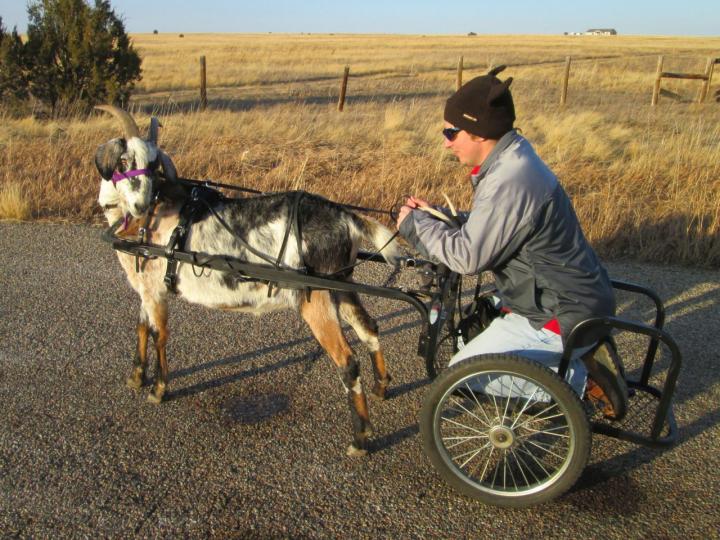