After mooning around by herself and pretending she was about to kid for the last several days, Petunia finally decided it was time to do it for real, and we’ve got two precious little bucklings. 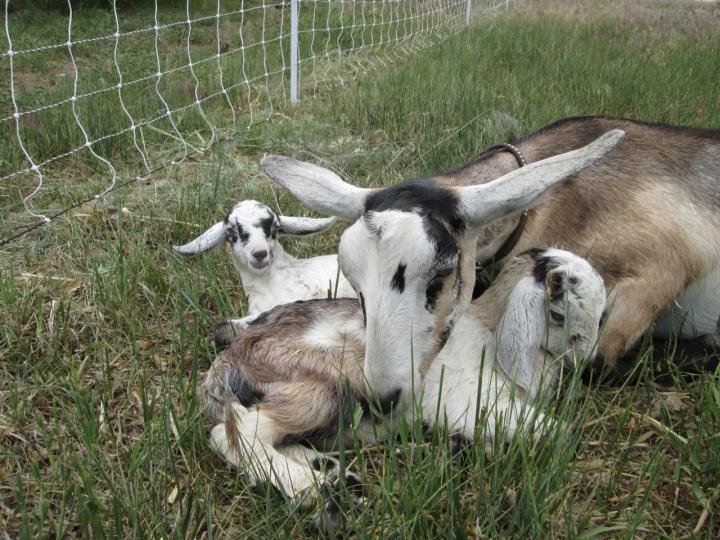 This big fella came first and he weighed in at eleven pounds. His head was back and I had to go in and fish him out. It was a bit tense because I had no idea what I was doing and all I could find were two legs and no head. I wasn’t sure the legs even belonged to each other, and since I couldn’t fit my hand in there with both of them anyway, I ended up pushing one leg back in, finding the head that went with the leg I had, and pulling him out by only one. 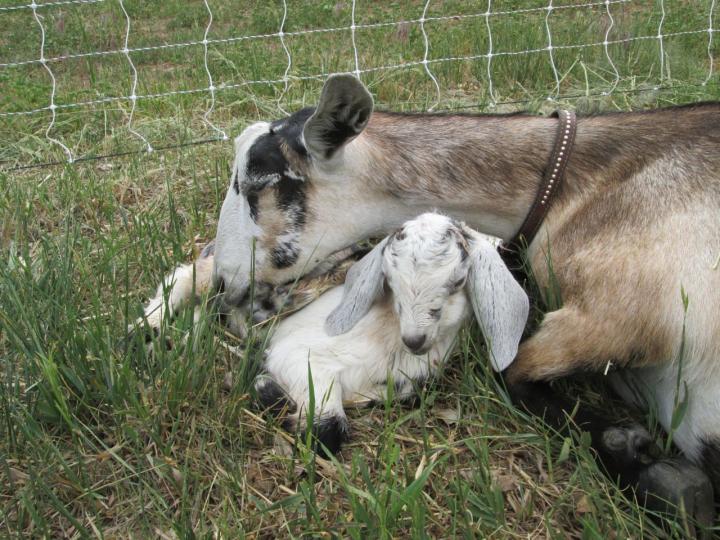 This little guy came second, head only. I was sitting by Petunia’s head, congratulating her on the first when she gave a couple of big pushes and here comes this face. I had to push him back in so I could find a leg to pull, and then he slid out easily. He weighed nine pounds. Phil was thinking since we’ve got 9/11 babies we could name them Al and Qaeda, but I told him that probably won’t go over well with anyone. 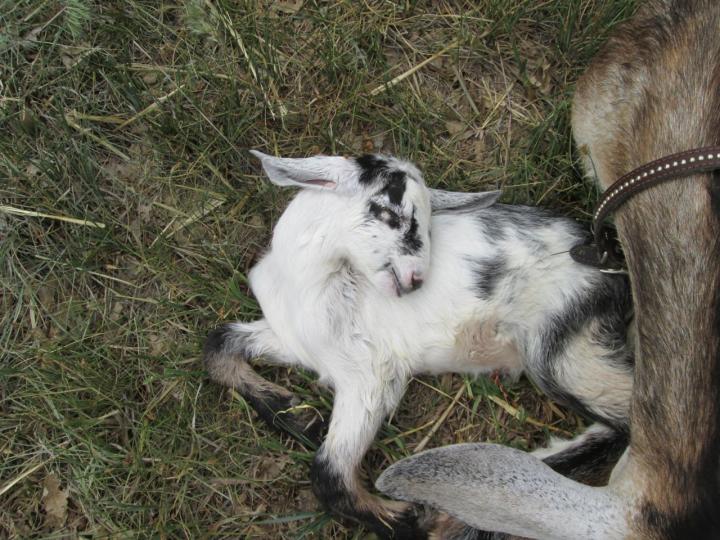 This fella has Pac-Man’s ears and red coloring. 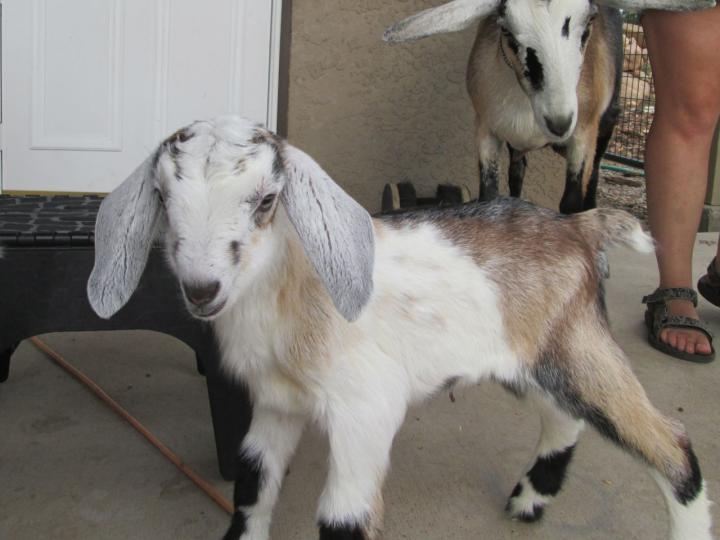 And this one has Petunia’s ears and gray roaning and the same striking brown-and black legs of Petunia’s father. 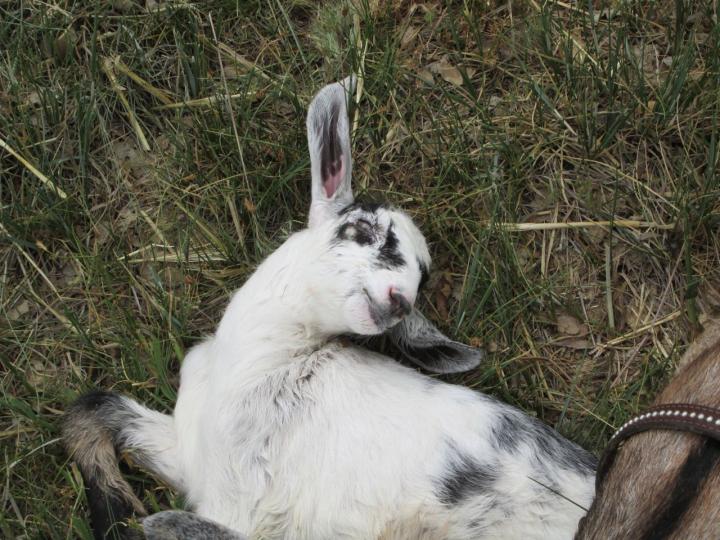 What a beautiful family! 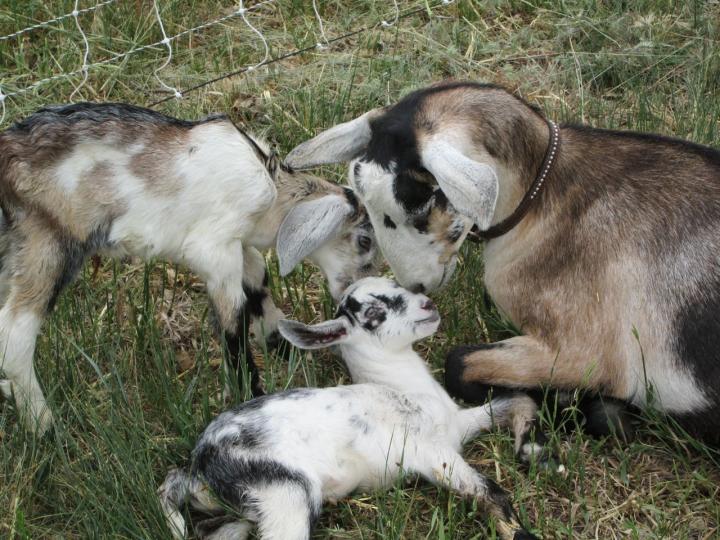 Phil’s got his arms full! 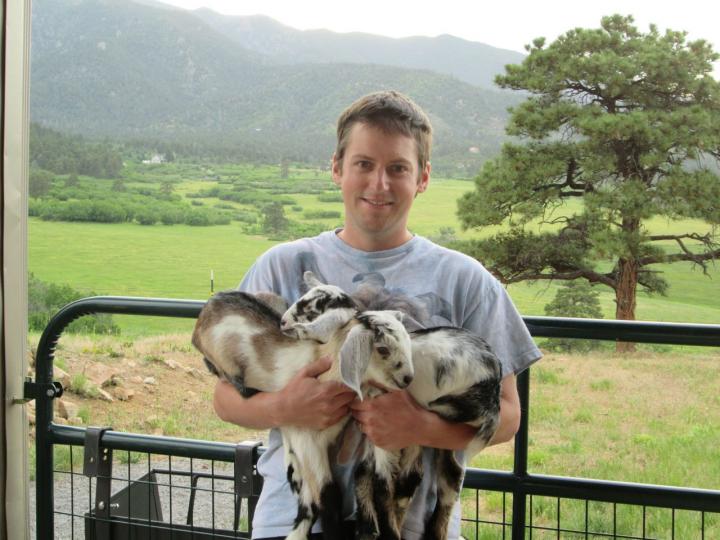