The new spring grass is soft and green, but Cuzco has a hard time enjoying it any more. There aren’t many teeth left in his old head, and he’s tired and slow. His swollen old joints ache when he lays down and they ache when he stands up. Moving is slow and painful, and he’s starting to lose his balance. Finn never had to battle for Cuzco’s position at top of the herd. Cuzco’s own body betrayed him and he quietly surrendered the crown without a fight. It’s more merciful this way I suppose. Losing to Finn would have been humiliating. At least this way Cuzco decided when to let Finn take over and he never had to be defeated. Finn is not too mean to the old fellow, but he’s not too nice to him either. Cuzco has some payback coming to him I’m sure, but thankfully Finn is not a cruel goat. Cuzco has been a good example to the young leaders in our herd.

I called my neighbor to come dig a hole. He’ll be here in a few days. As hard as it is, it’s Time. Cuzco has missed three walks in the last week, and we have to go slowly and wait for him when he decides to come. I hate looking back only to see him standing near the house staring longingly after us but unable to muster the strength to come. Cuzco has never missed a walk in his life. Even if all the other goats stayed home, he came. The worst weather never stopped him. But Time has little respect for young feelings trapped in an old body.

Cuzco has been telling me for the last week or two that he is ready. He began by refusing his joint supplement in any form. Lately he’s been largely refusing alfalfa pellets, sweet feed, and sunflower seeds. He picks at the new grass, and he still eats the leafy alfalfa I put in his feeder at night, but he doesn’t act like he’s very interested in most of it. It’s like he’s too tired to be hungry any more. His eyes are still bright and eager for peanuts and any other junk food I want to feed him, but he’s done eating real meals any more. Like my 100-year-old great grandmother, he only wants dessert, and at his age I’m ok with that. I plan to feed him up well on his favorite treats this week. He’s entitled to his own plate of garlic cheese knots from the local pizzeria. I’ll probably buy him a tub of powdered donuts, and I’ll be making him a big bowl of popcorn with butter and cheese dust. We’ll try to make these last few days very good for the old fellow.

I’m sure we could string Cuzco out longer, but at this point he’s still relatively happy and he still has his dignity. I cannot have him get to a point where he starts falling or where he can’t get himself up in the morning. I don’t want Finn or Sputnik to hit him too hard and break something. I’m afraid even a playful knock could do some serious damage, and I don’t want Cuzco to suffer. Right now he can still potter around the pasture picking at grass, and he spends many hours laying contentedly in some warm, sunny hollow. I don’t want to wait until Time takes even these little pleasures away from him. He’s been a good goat for many years and he deserves a good ending. Fifteen is quite a respectable age for any goat. When I think back to how many close calls he’s had in his lifetime, I’m amazed he made it this far. What a trooper! 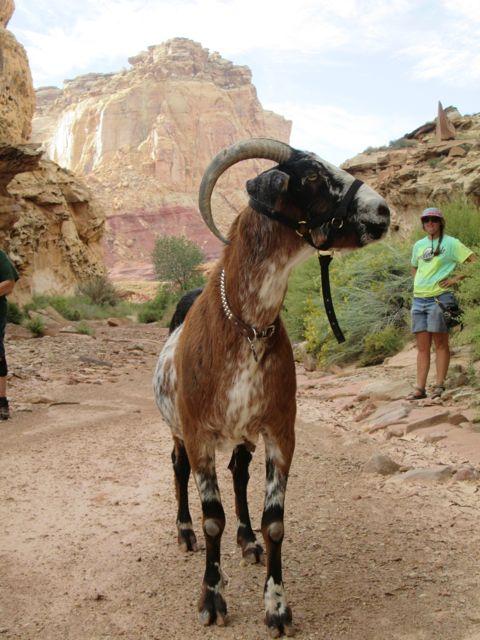