Today, the stars aligned at the Hassey Household, and love bloomed full and fair between two lost souls who found each other and are now inseparable. Nubbin and Pac-Man were the outsiders, friendless and alone, but not any more. 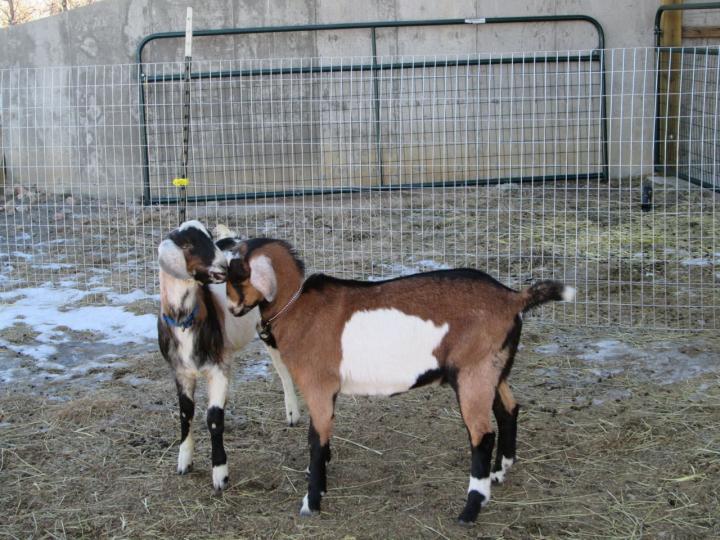 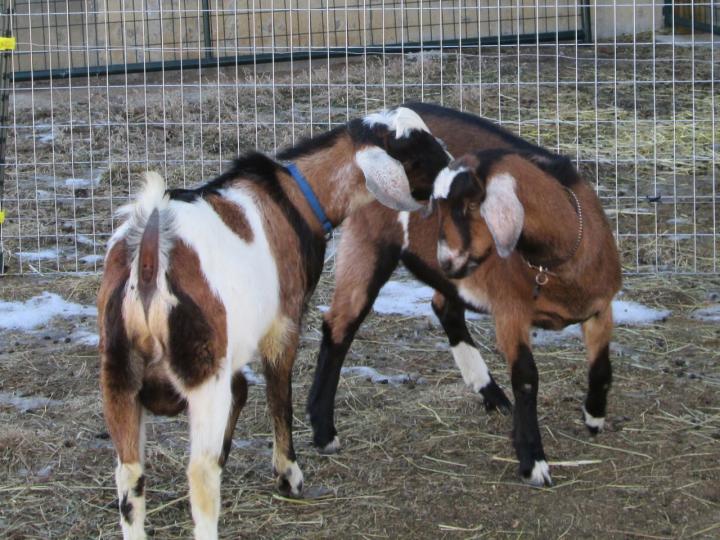 I have never seen two creatures fall in love so quickly and so completely. There is more than hormones at work here. Nubbin and Pac-Man have been interested in each other ever since he arrived, but they’ve never been allowed to spend time alone. Now they don’t want to be with anyone else. There has got to be a law against this level of cuteness! 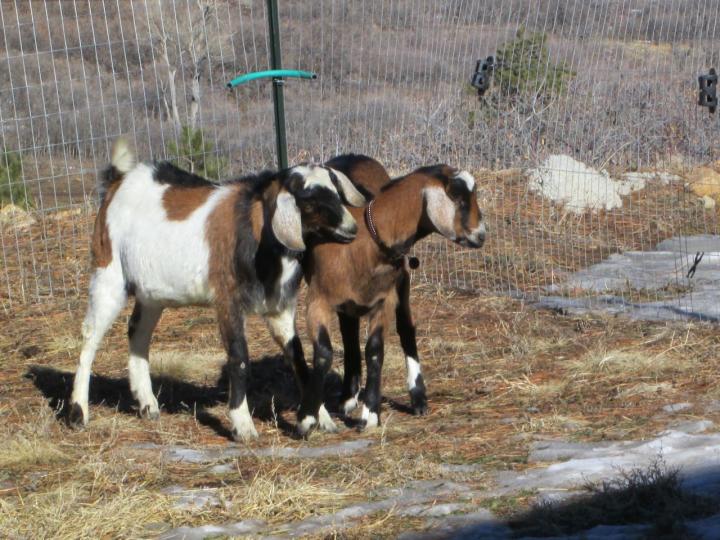 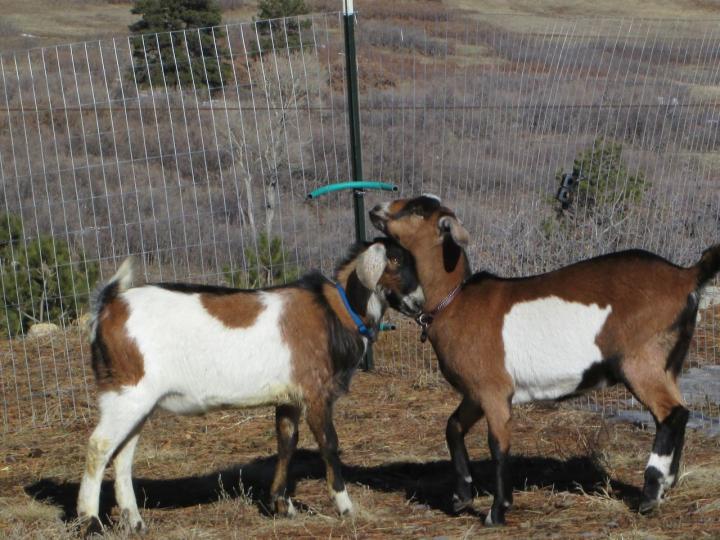 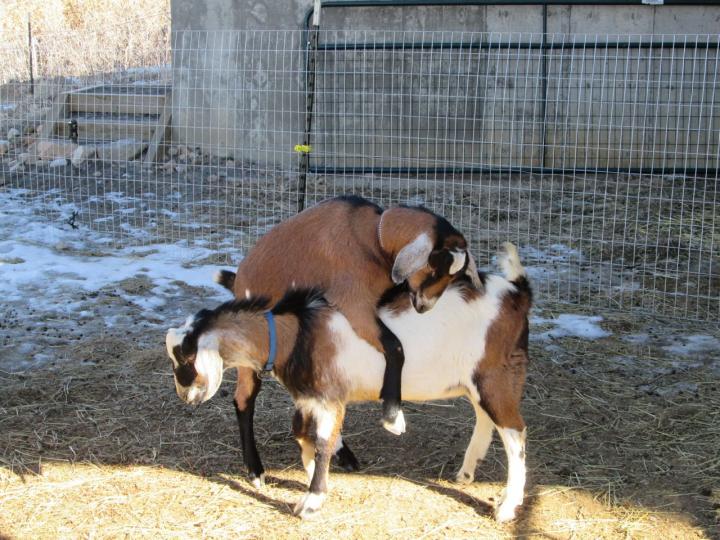 I kept the two of them together this morning so they could have their romantic time undisturbed, but even after I let them out to be with everyone else, these two stayed apart, kissing, playing, snuggling, and yeah, switching roles. 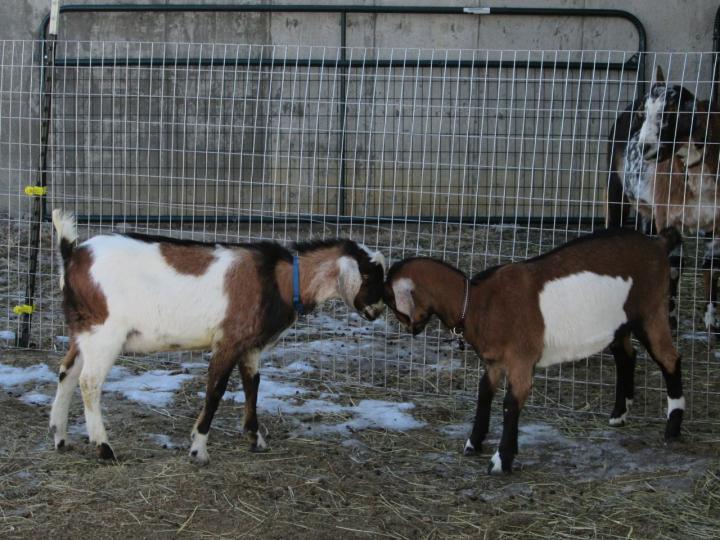 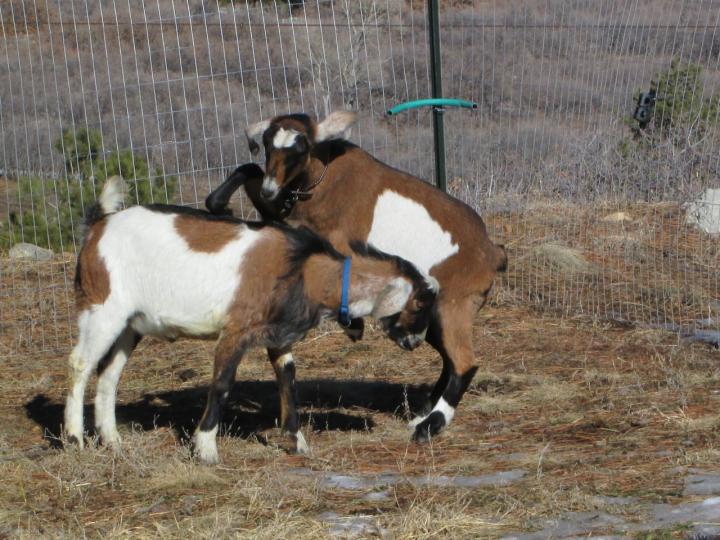 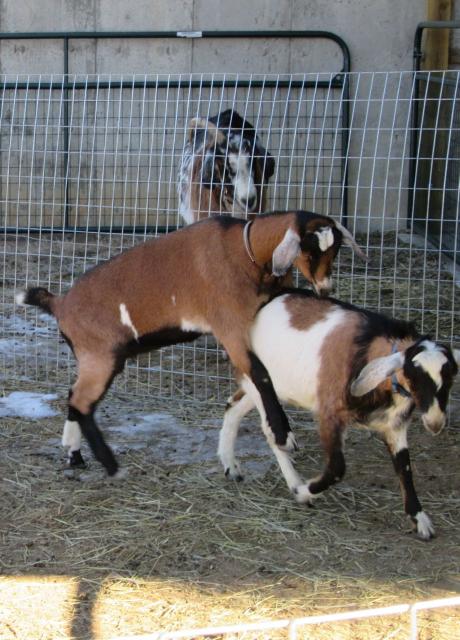 Phil and I took just the two of them for a walk with us today. I had to keep at least one of them on a leash at all times or they would stop in the road and stand staring at each other with misty eyes. When we were walking, they pressed so close together it looked as though they were stuck with velcro from nose to tail.

I had been planning to put boys and girls up in their separate pens tonight as usual, but I knew there was no possible way I could pull Nubbin and Pac-Man apart without breaking their hearts (and keeping us awake all night with their despairing cries!). So these two stayed in the “boys’ pen” and Cuzco got moved up to the “girls’ pen” tonight, and everyone (Cuzco included) seems quite pleased with the arrangement.

Phil and I got home late from game night this evening, and I laughed when I saw Pac-Man’s head sticking out of the little Dogloo. I figured Nubbin must have kicked him out of the PolyDome. But as we got closer, Pac-Man emerged from the dog house followed closely by Nubbin. How they managed to squeeze both their bodies into that tiny space is beyond me. It can only be love!