It amazes me that we ever get any work done around here! 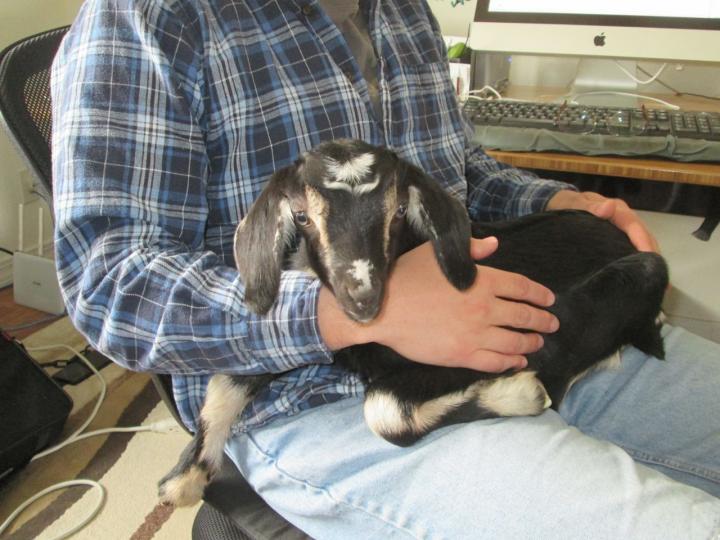 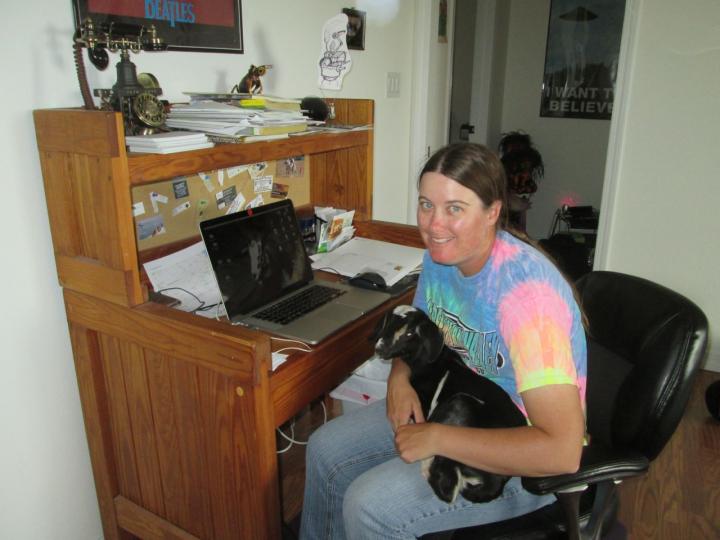 The other day Petunia left her little pipsqueaks in the shade while she went off to graze. As soon as Pluto saw her leave he came straight over to lay near the babies and make sure they were safe. He wags his tail every time a baby goat bounces past him and he makes sure they are never left alone. 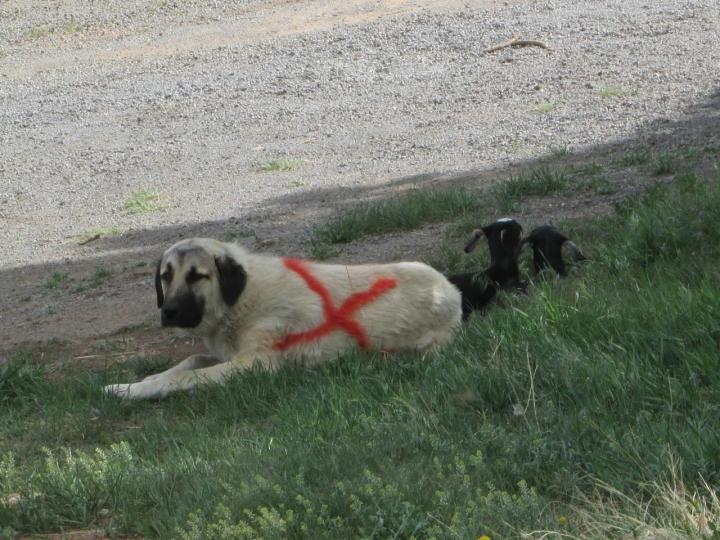 A few minutes later, Daisy came to help Pluto guard the babies. No one is messing with these kids! 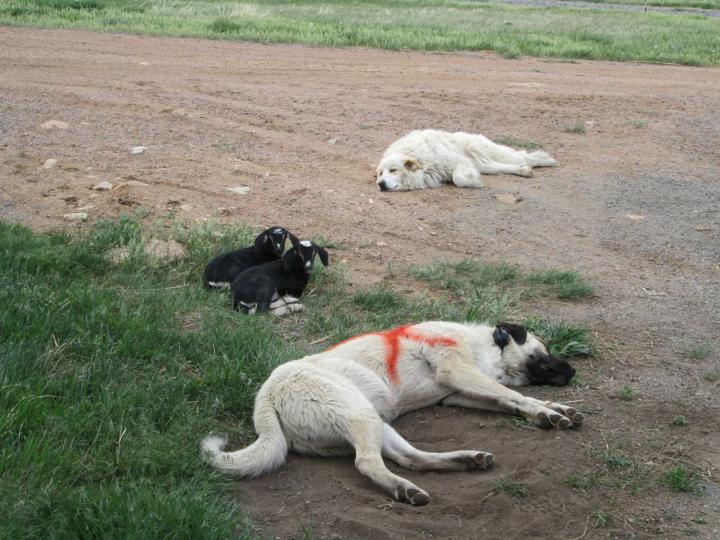 You may be wondering about the orange X’s. Unfortunately Pluto has been roaming, and recently he turned to trouble. Apparently he was down at the next-door ranch late at night last week and he snarled and chased my neighbor from his truck to his house. I started locking him up at night, but according to the ranch hand he snuck back down there a few days later in the morning after I let him out and he tackled one of their big mama goats. She was not hurt thank goodness, but it has me worried. It does not sound at all like Pluto to chase people or goats, but dogs around farms are presumed guilty until proven innocent. I don’t want to blame Pluto if there is another similar dog doing bad things in the area, so to make certain of his identity Phil gave him some unmistakeable marks. After the incident with the neighbor’s goat we are not taking chances with him. He’s locked in the electric fence at night, and for daytime I rigged up a runner chain in the front yard for any time I don’t have him under my direct surveillance. Hopefully he is either vindicated or we can train him to stay home and mind his own business. He’s never showed one hint of making trouble with people or goats on our place, but animals can act different when they are not in their own territory.