Saturday Phil and I went to the Weld County Goat Extravaganza in Greeley to give a talk on packsaddle fitting. The class went well and I felt very prepared, but unfortunately only one family showed up. Finn and Sputnik were model citizens as I whisked saddles on and off of them, but any time we left the two of them to themselves they would troll each other. I tied them far enough apart that it was difficult for them to interfere in each other’s space. But Sputnik would back up almost to the end of his lead so he could put his tail as close as possible to Finn’s area. Then Finn would stretch to the end of his tether and bite Sputnik’s tail. Sputnik would get riled up and act like he was being horribly tormented, but then he would back right up into Finn’s face again. And of course Finn stood as close to Sputnik’s side as possible so as to be sure that Sputnik’s hindquarters could reach his face. It was hilarious to watch them.

I love that when we take Finn to goat shows, we have to remember to bring our “tiger cage” panels to boost up the height of his enclosure. He’s too good a jumper and far too curious for his own good. Sputnik could leap out if he wanted to, but he doesn’t have Finn’s insatiable desire to be involved in “people activity.” 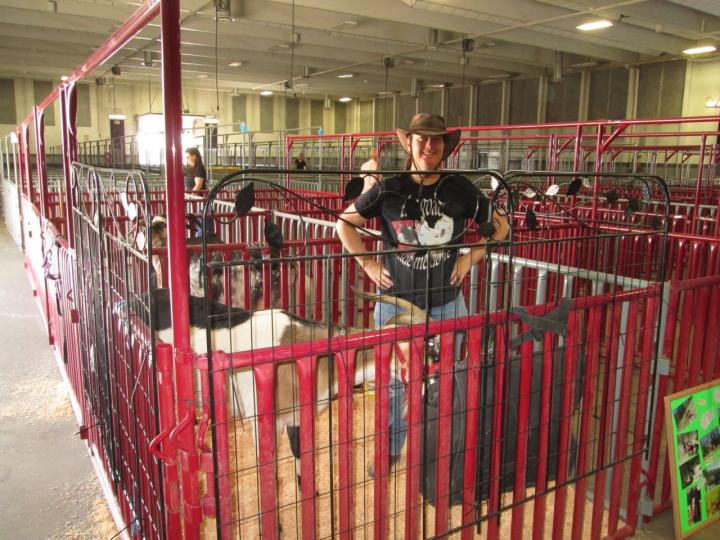 I had so much gear I needed two long tables to fit it all! And look how far apart my goats are tied. Is there any reason whatsoever for them to get in each other’s way? I ask you! 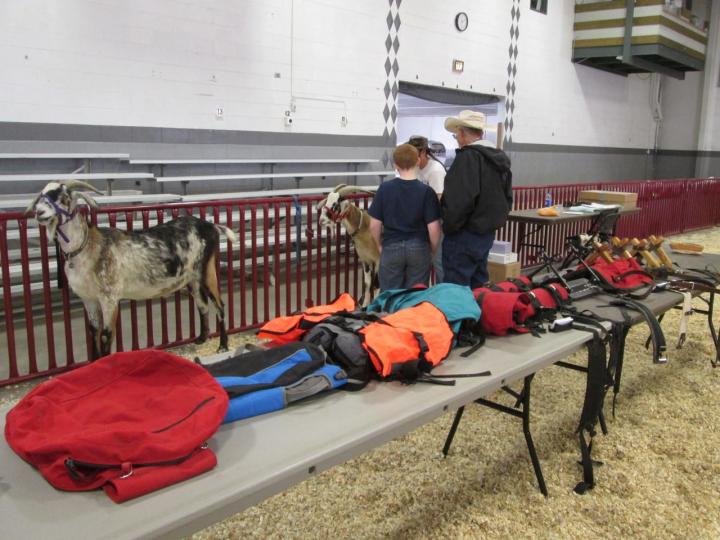 This gentleman and I critiqued the fit of a vintage John Mionczynski saddle on Finn. 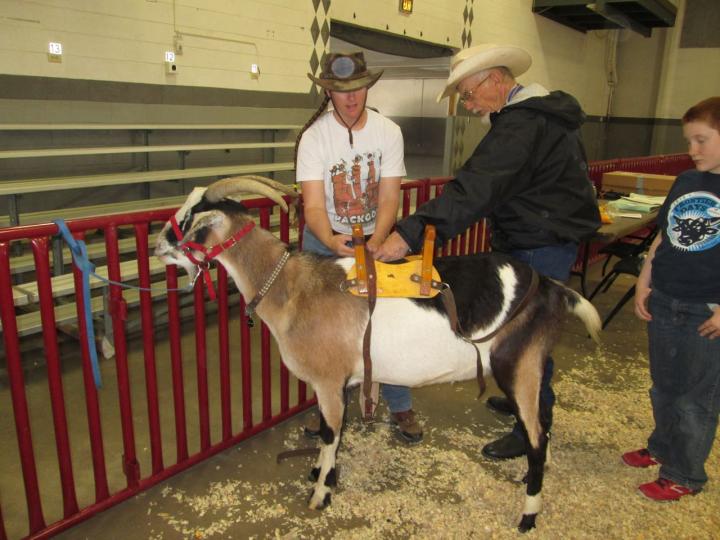 One of the fun diversions of the weekend was a pirate-themed murder mystery dinner theater. One of the girls we know from goat showing was in it (top row, left-hand side), so Phil and I checked it out. We were the only customers that dressed according to theme. Phil was a nerd pirate. Check out his t-shirt! 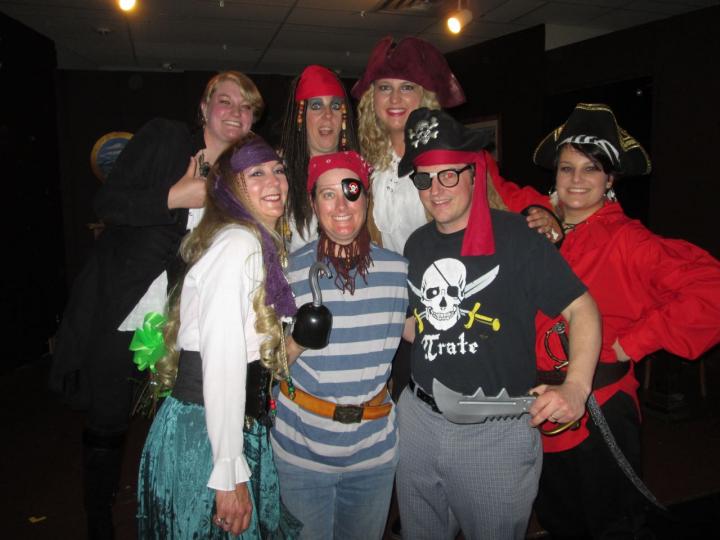 Now for the best part of the show…

Every year when we go to the Weld County Goat Extravaganza, we end up staying about twenty minutes from the show grounds because there are no hotels closer to that end of town. Except this one… 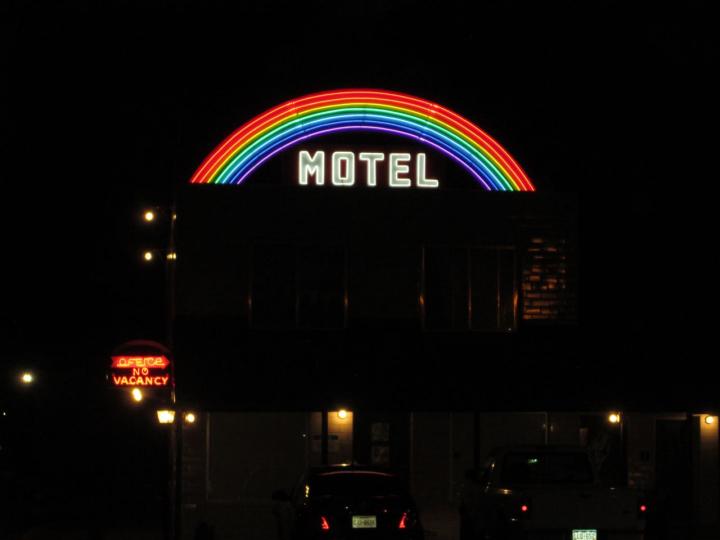 I noticed the “Rainbow Motel” last year when we took a different route to the show grounds. It’s only about 2-3 blocks away and it looks like the kind of seedy establishment that Phil and I love to investigate. The sign was not in good shape last year, but new managers took over this past January and restored it to its former glory. Phil and I love a good neon motel sign!

We checked in mid-afternoon before we settled the goats at the show, which is usually a safe time of day at any motel. It turned out much safer than I realized! No sooner had Phil and I pulled in than a police car pulled in right after us. While I was checking in, the safety level continued to rise as four more police vehicles filed into the parking lot. It took me a good half hour to check in because the manager was talking to the police about certain creepy guests in the room next to the one Phil and I had reserved. It would take too long to relay the entire story, but apparently the mother of one of the men had paid for the room and then left. The motel common areas are under 24-hour surveillance, and during the night the men had been going back and forth to their car. One of them went across the highway toward the railroad tracks with a duffel bag. Next morning they drained their car fluids into the parking lot. The manager thought maybe they’d been cooking meth in their car and called the cops to be there as a “presence” while he kicked them out.

We still stayed there. Good location. Good neon sign. And the creeps had been evicted. Apparently the previous owner had let the place become a total dive and would even rent by the hour. So I’m glad we didn’t stay there on our previous trips to Greeley. Although I’m sure the stories would have been very good if we had.

1 thought on “Packsaddles, Pirates, and Neon”