We drove our team in the 4th of July parade in Westcliffe again this year. They are a huge hit wherever they go, and this year we felt more prepared than we did last time. The boys are a lot bigger now and the wagon looks downright comical behind them, but we don’t have the money right now to upgrade to something more appropriately sized, so we simply decorated the heck out of what we have! 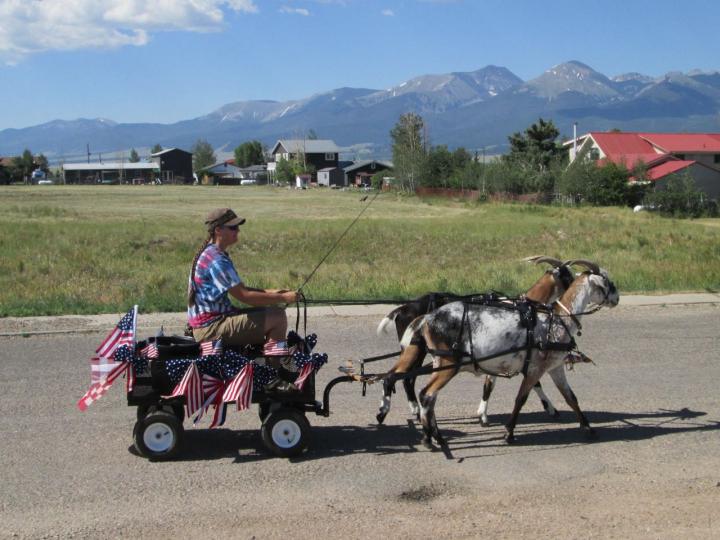 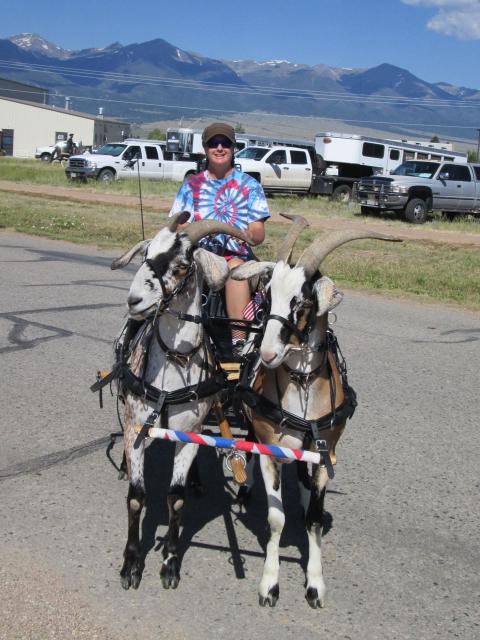 Phil drove for the actual parade while I threw candy for the kids. Check out Phil’s awesome America t-shirt – “Back to Back World War Champs”! 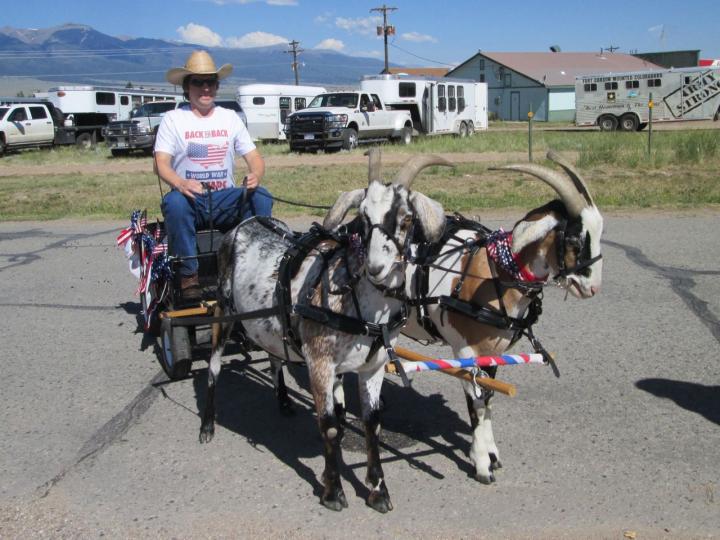 Just before the parade, a lady from the alpaca group ahead of us gave me some festive bandanas to tie around the boys’ necks. They truly completed the look! 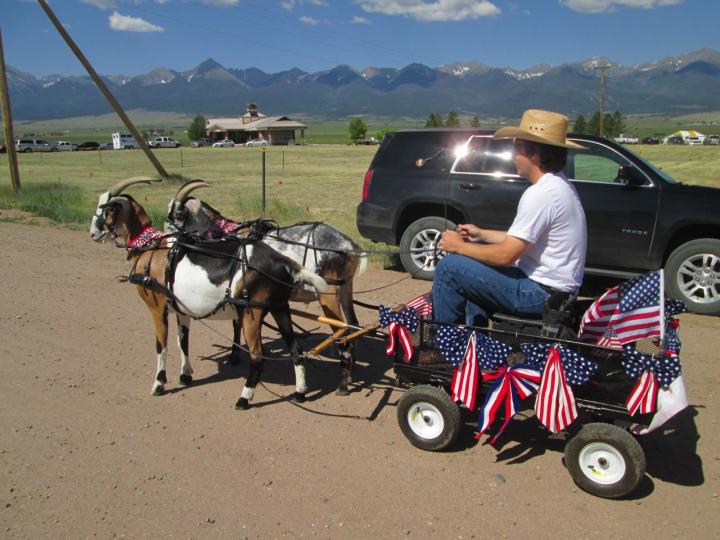 Funny side note to this event–Sputnik LOVES baths! I discovered this when bathing him for the parade last year, but I’d forgotten about it. For a goat who generally dislikes being touched, it surprises me how much he enjoys being scrubbed and sprayed. I use warm water, but even so, most goats cringe and brace themselves when I turn the hose on them. By contrast, Sputnik stretches, closes his eyes, blinks blissfully, and puts his head right under the sprayer. He doesn’t like his ears sprayed, but his nose, his chin, his cheeks, and between his horns are all favorite places for me to shower him. He likes to put his lips on the sprayer and drink the warm water even if it goes in his nose and makes him sneeze. He loves having the shampoo and conditioner rubbed in and rinsed out. The longer it takes the better. He even loves being toweled off afterwards! What a silly boy he is!