It’s high time for some individual profiles on this year’s Goat-O-Rama kiddos! First, let me introduce you to Sox. The third kid born at Goat-O-Rama this year, he is currently the largest and strongest of the bunch. Or maybe he’s just the fattest. Either way, he’s quite the little chunklet and at eight weeks is getting very difficult to pick up. He broke his first collar this morning. 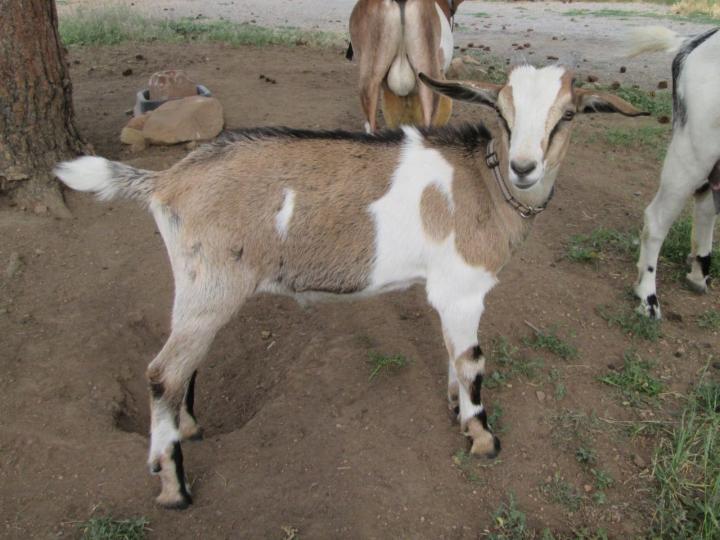 He may be a big kid, but I’m not sure he’s quite as large and strong as he thinks he is. He’s been challenging the grown-ups lately. Tigerlily was not overly impressed I’m afraid. 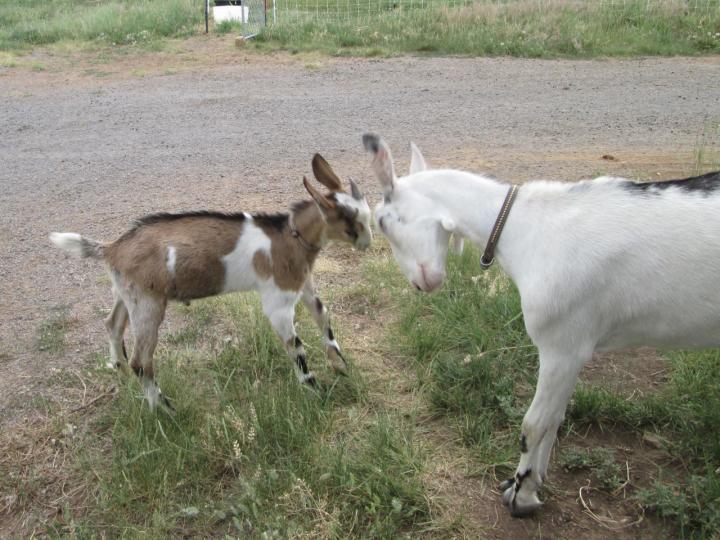 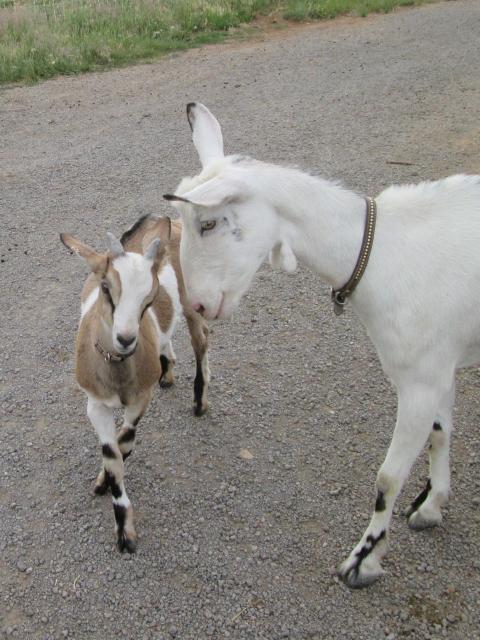 A friendly father and son fight. Rocky is a good dad and is clearly proud of his feisty little offspring. 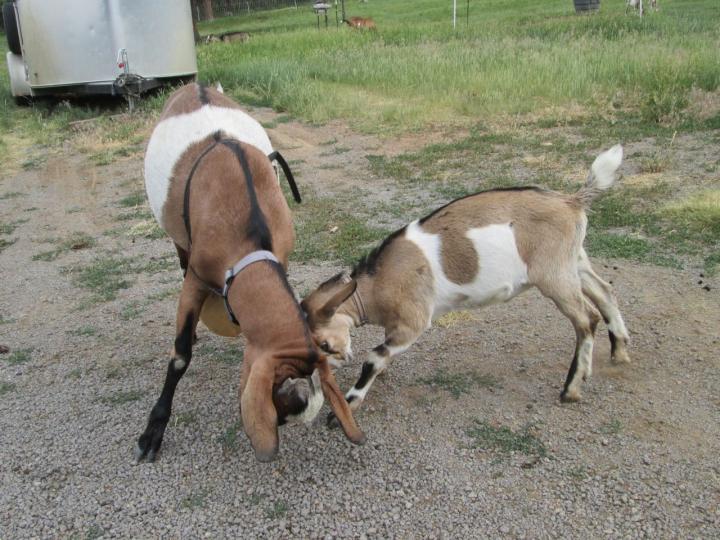 Sox got no end of amusement from the string on my stanchion. Spaghetti? 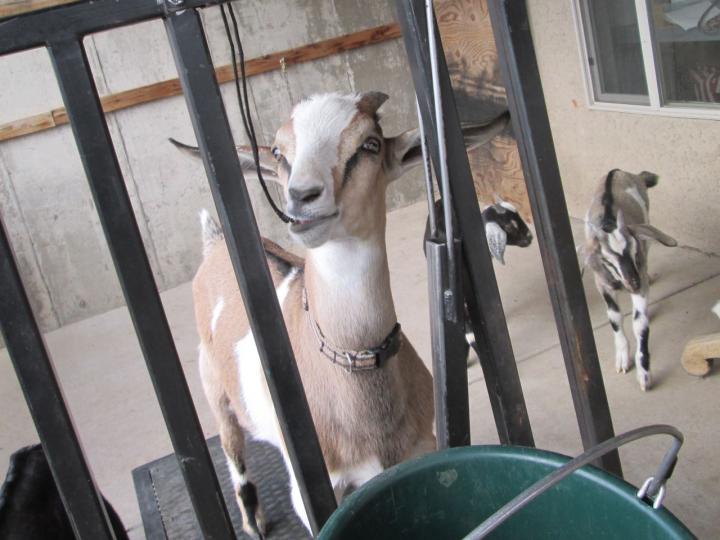 Sox and Coral may have the prettiest faces of any goats in our herd right now. I love the cheetah-like “tear marks” down the sides of his face. 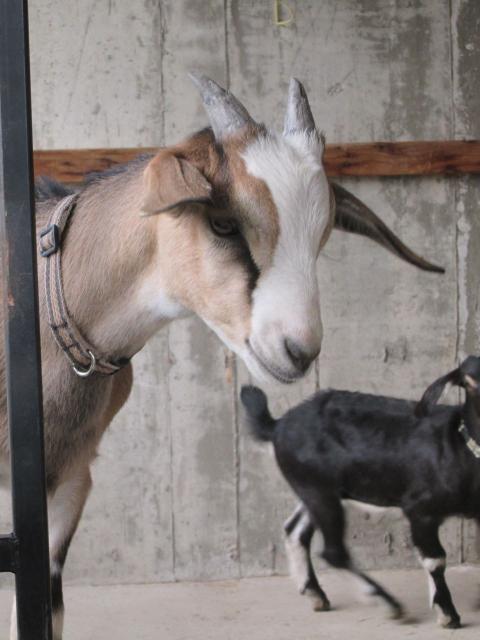 Up next is Sox’s little sister Sanibel. Do not be fooled by her innocent appearance! 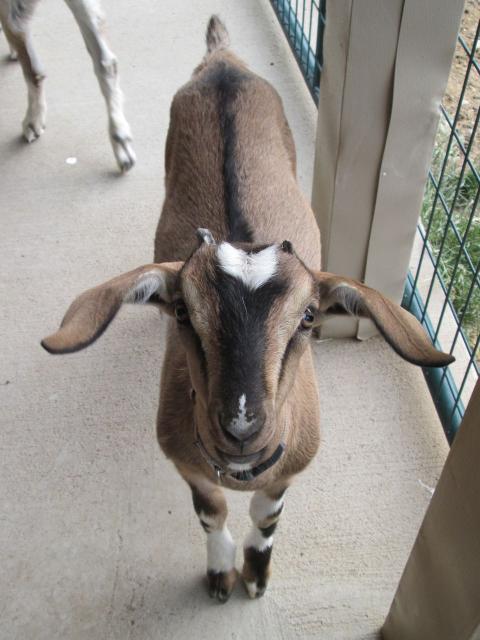 This little scallawag is usually on some kind of mission to stir up mischief among the other kids. She’s smaller than her brother but just as strong, and if a boy mounts her she’ll turn around and mount him right back just to show him who’s really on top! 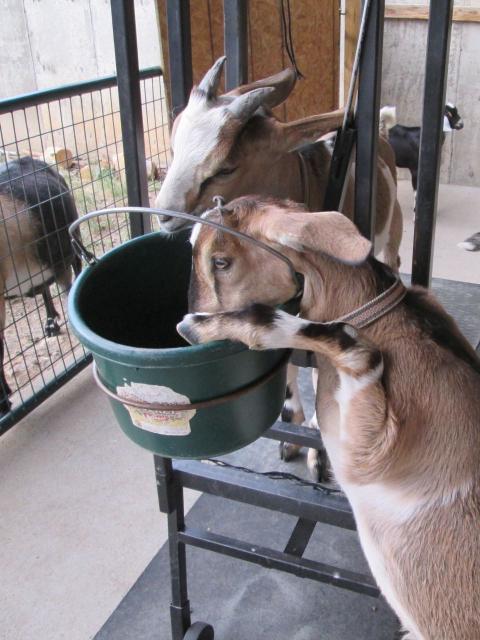 Except for the ears, Sanibel looks like her daddy. But she’s all mama’s girl and will probably be a hard one to wean. 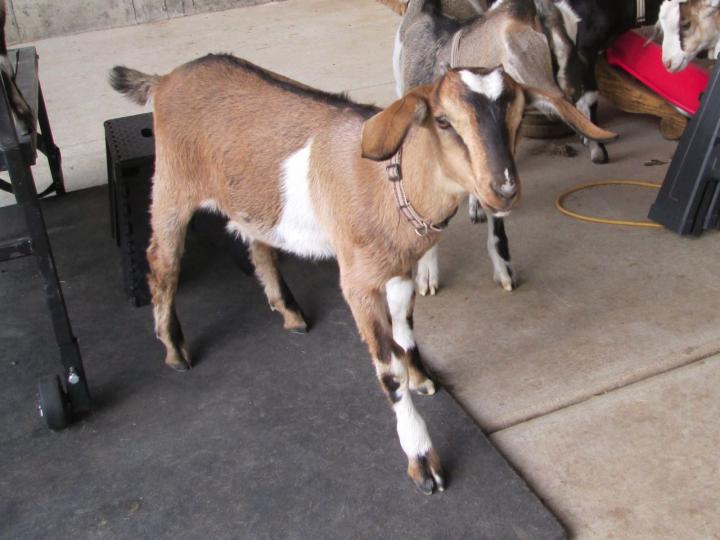 Sanibel isn’t shy, but she’s less personable than I like so Phil and I are working on that. I like all my babies to love people! 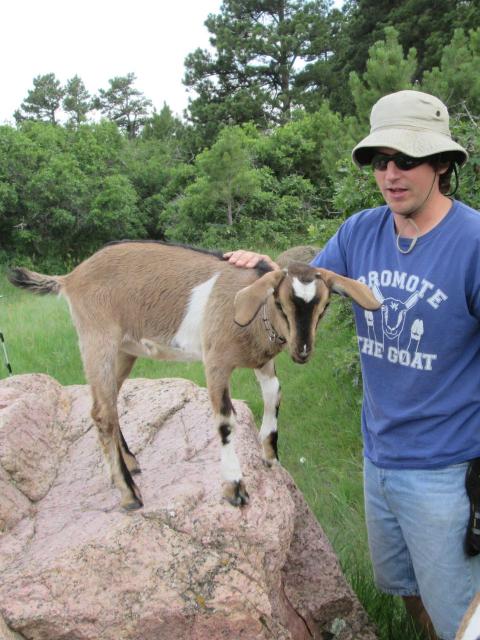 Coral and Westin were the first and second kids born this year at Goat-O-Rama, and boy are they ever a good-lookin’ set! 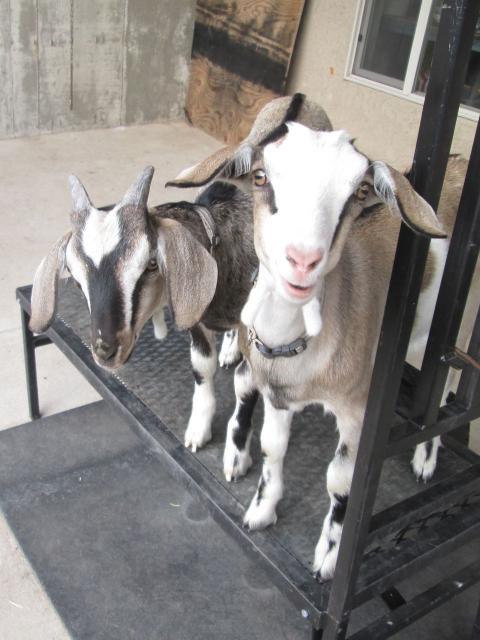 I couldn’t seem to get a good photo of Westin. This guy is always on the move, so my few individual shots of him are awkward and unflattering. He is an athletic little dude and reminds me a lot of Finn–strong, adventuresome, energetic, and independent yet very personable. He has the nicest conformation of any of our boys this year. 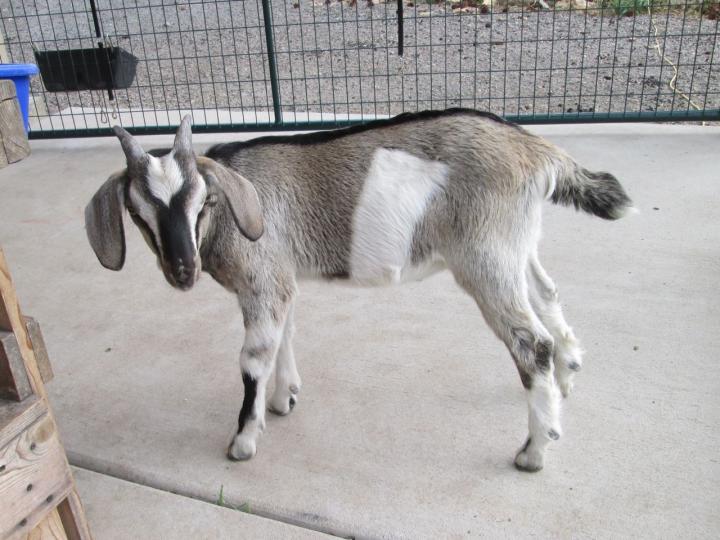 Westin enjoys a good scratch, and if I won’t give it to him he’ll use the patio gate. 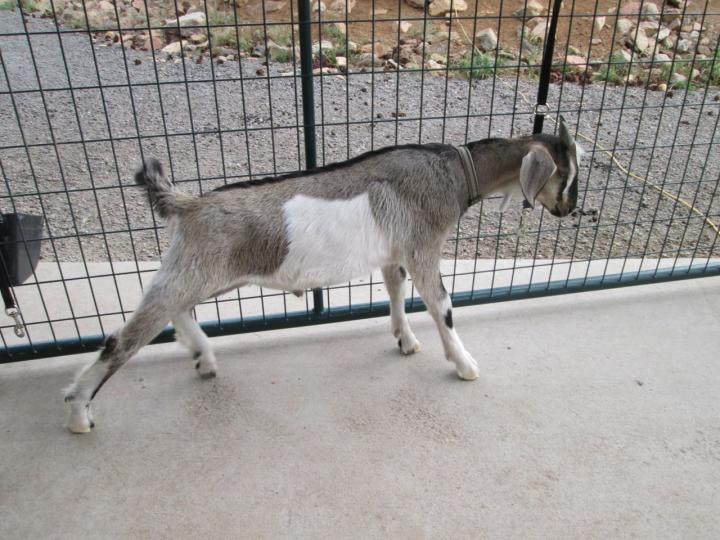 Westin also loves to put his nose in the camera. “Am I close enough?” 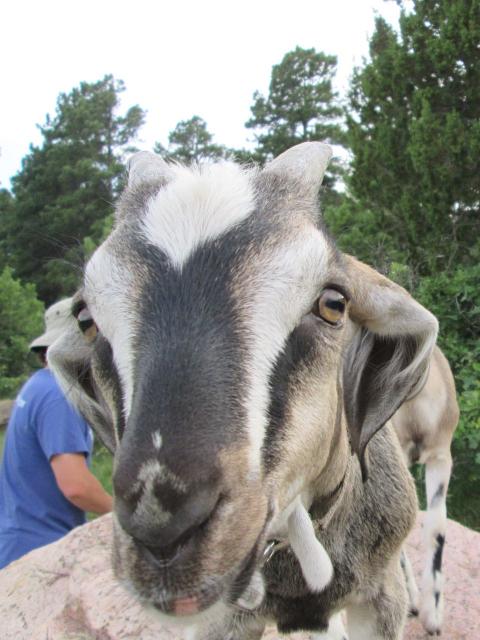 I can’t get enough of Coral’s adorable little face. She’s like a stuffed toy and is my favorite baby to cuddle. 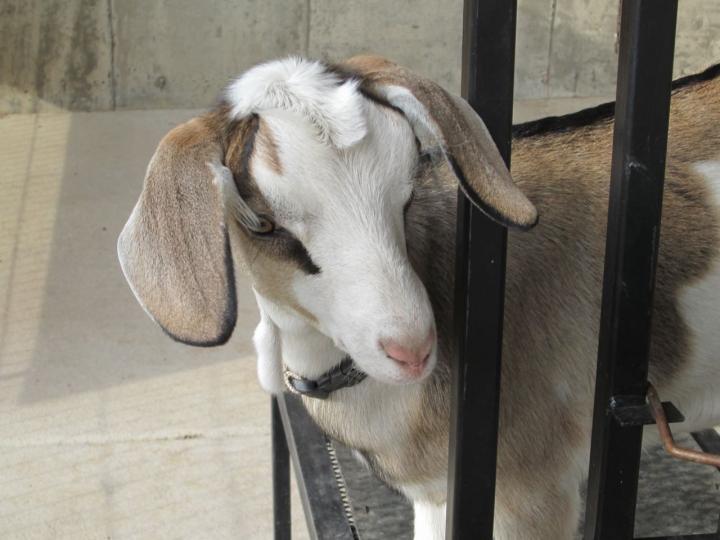 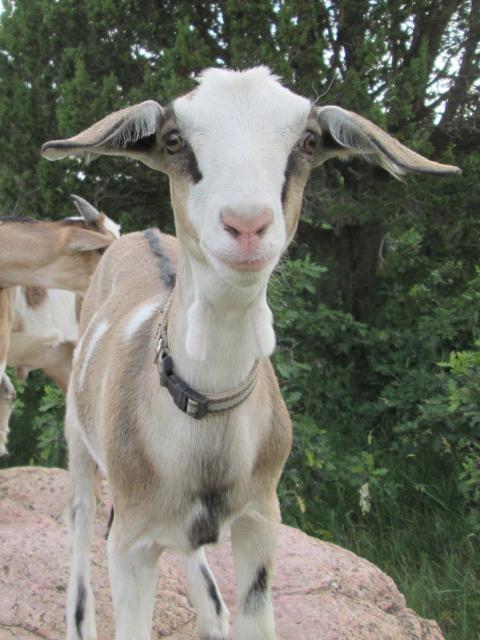 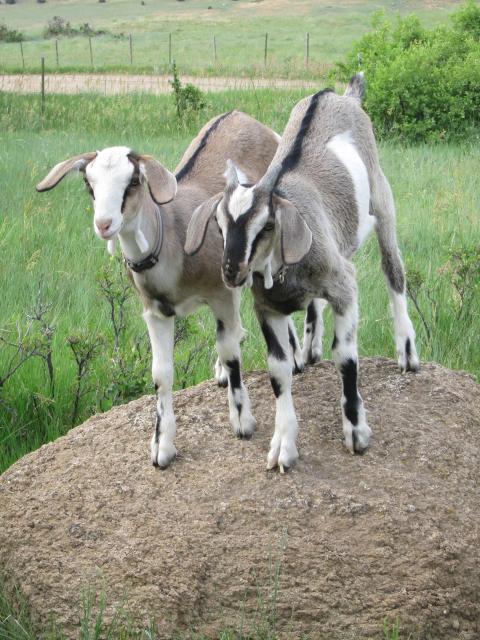 And now for the Nubblets! These three guys never stop entertaining us! They’re as cuddly as they are cute and every one of them wants to be picked up and held, although they’re quickly getting much too big. 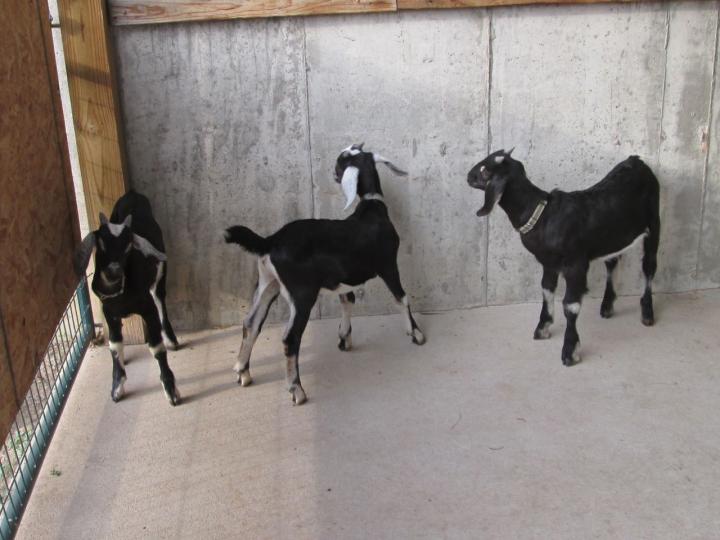 Tornado was my backwards boy who held up the whole delivery. He has the sweetest face and the most Nubbin-like features and personality. 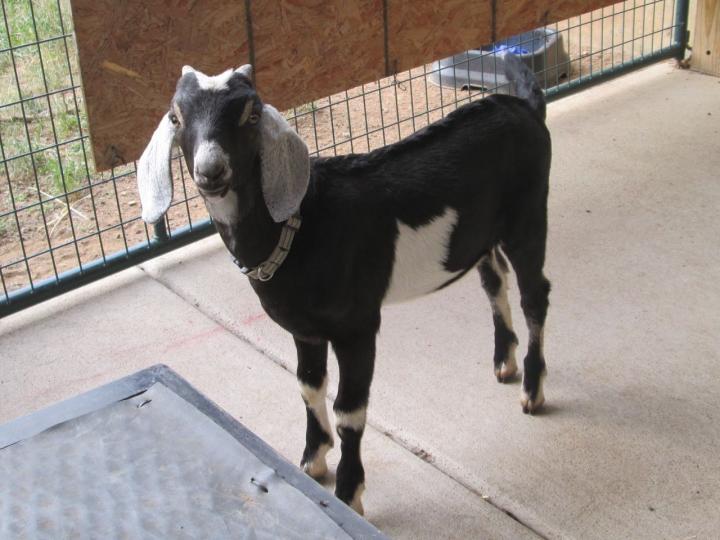 The little white tip on Tornado’s tail was the first thing I saw when he came into this world. He’s the quietest and most contemplative of the three and has had the fewest health problems. Both his brothers battled upset tummies during the first two weeks of life, but not this guy! 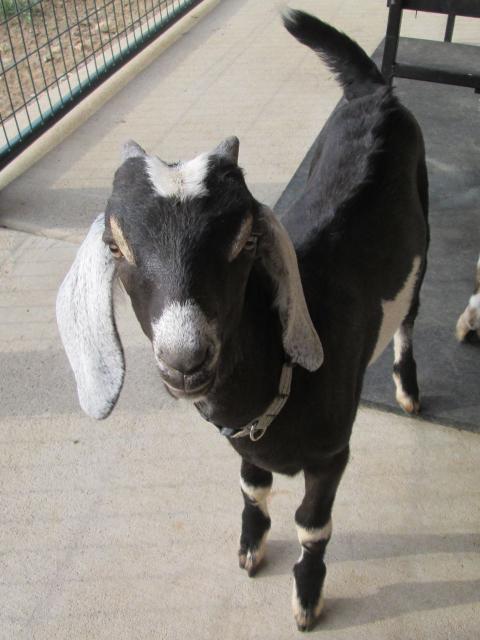 Storm was the second kid born and was not only awkwardly positioned but also came out with very crooked front legs. One day of splinting straightened him out and he’s been running and bouncing with the best of them ever since. You’d never know he had a problem and he’s the biggest of the three kids. In fact, when all is said and done, this guy may end up being the biggest Goat-O-Rama kid of 2017. He’s tall, he’s rangy, he’s big-boned, long-bodied, and long-legged. He’s like the Gary Cooper of my herd. 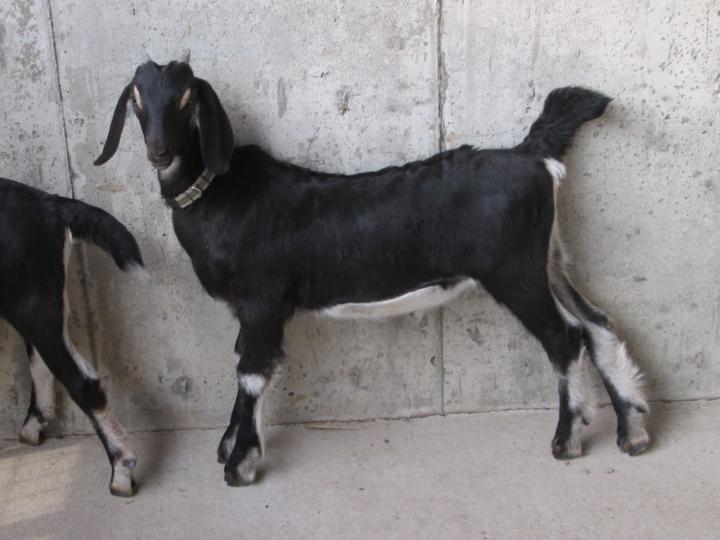 Last of all we have Lightning. Lighting jumped into this world like a bolt out of the blue and was up and nursing within minutes while his two older brothers were still figuring out how to crawl around in the straw. He’s the smallest of the lot but the most active and also the one most likely to jump on people and beg for attention. 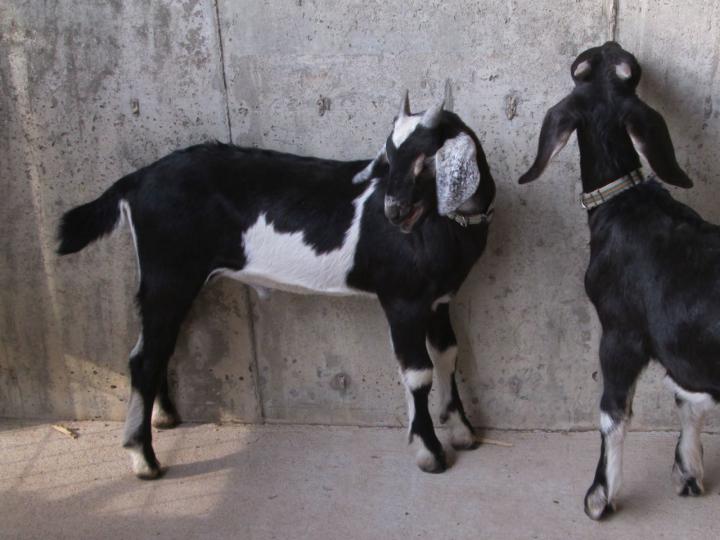 Storm and Lightning love to tussle. 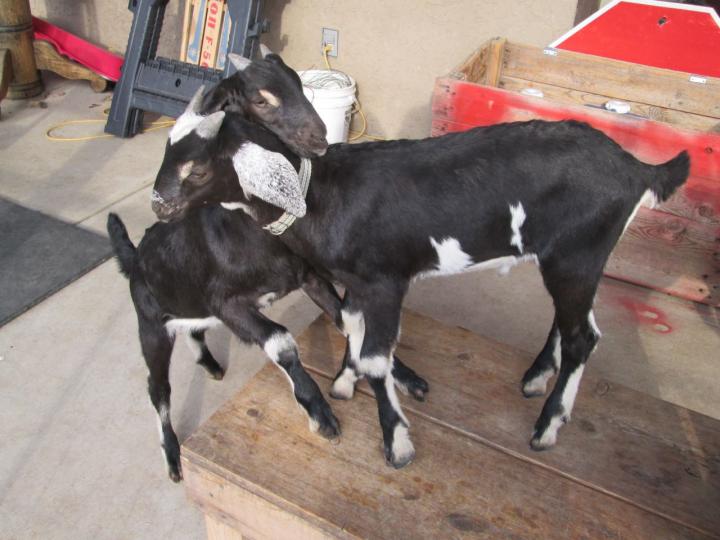 Nubbin loves her three babies but she has her limits. Nursing is a frantic ordeal with three kids fighting and wrestling each other over two teats. I’ve taken to putting Nubbin on the stanchion each morning and allowing only one or two to nurse at a time. With the kids as big as they are, I recently started letting Storm nurse Tigerlily each morning so his smaller brothers can have all of Nubbin’s supply. This should help keep Nubbin from being physically dragged down and help the boys grow better. 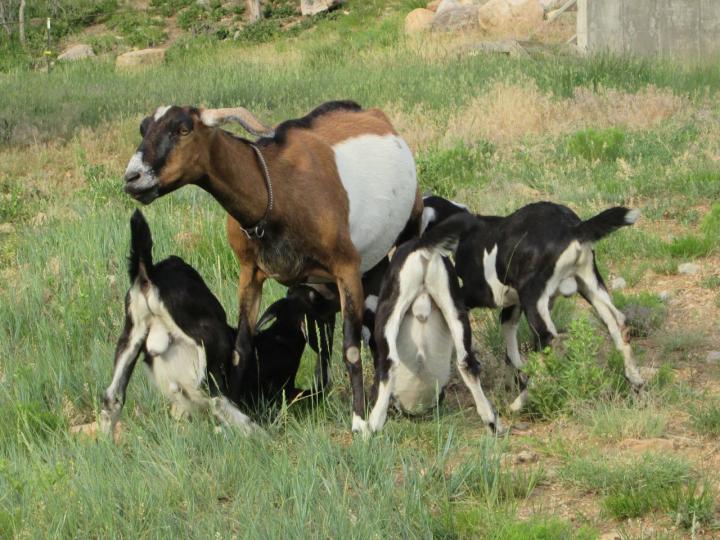 Pell-mell down the hill! 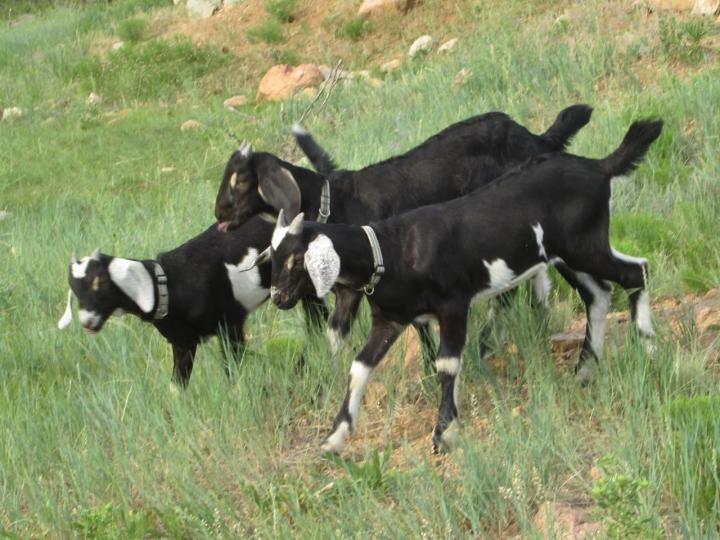 What does Lightning see? We may breed this guy to Tigerlily this winter since we plan to sell Nubbin and these three are the last of her bloodline in our herd. We’ll see how he grows out. 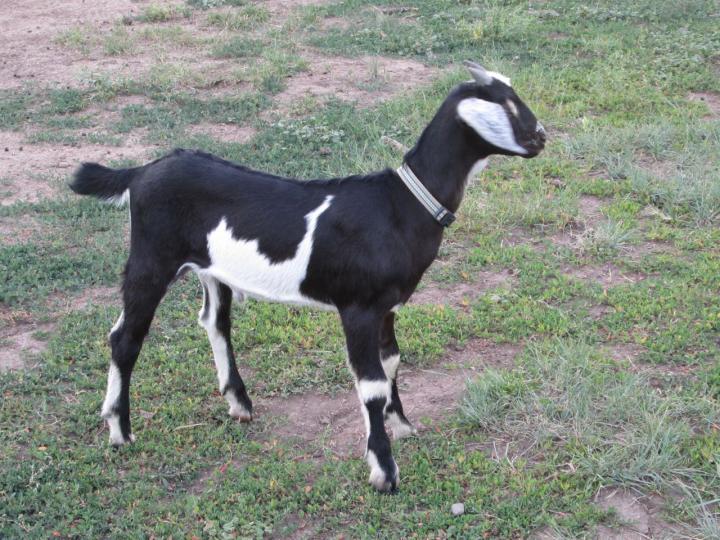