These two guys are becoming the clowns of the herd. They’re running around like racehorses and getting into all kinds of mischief these days. 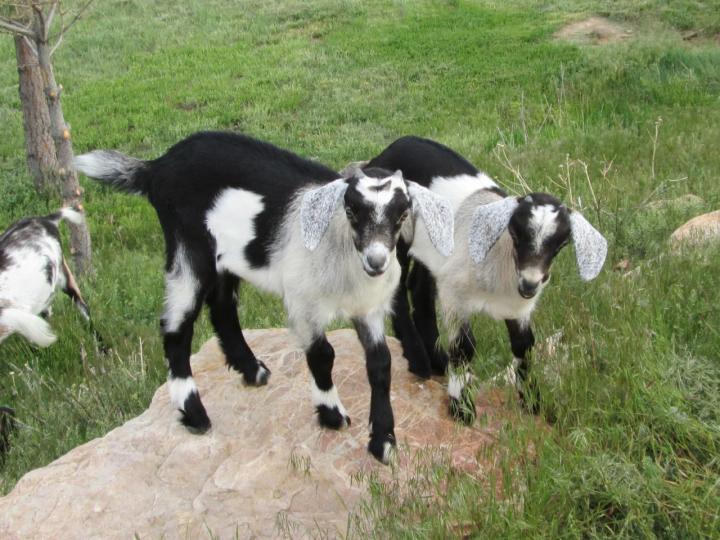 It turns out they are very appropriately named. Unlike Snickers and Sputnik, who were always pretty good little buddies, Sledge and Hammer can get into some pretty serious fights! The hackles stand up, the necks stiffen, and the next thing you know they’re churning around the yard like a tornado and smacking each other hard enough to give me a headache! 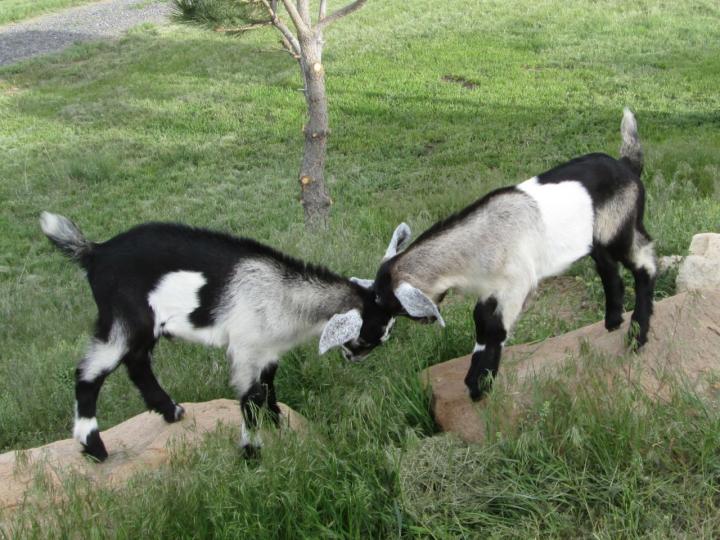 Hammer also likes to pick fights with Delilah. Ever since he “pushed” her off the rock wall, he’s under the impression that he can beat her in a fight and he keeps trying to score another victory. From the look of her ear set, Delilah appears to be taking these challenges pretty seriously! 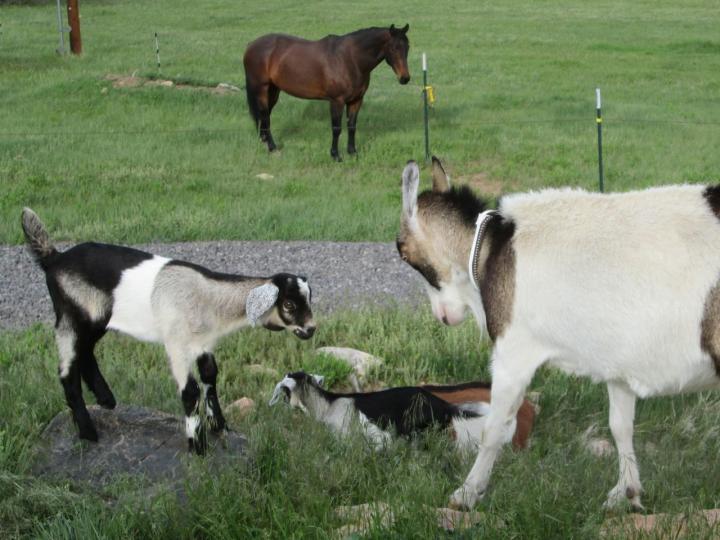 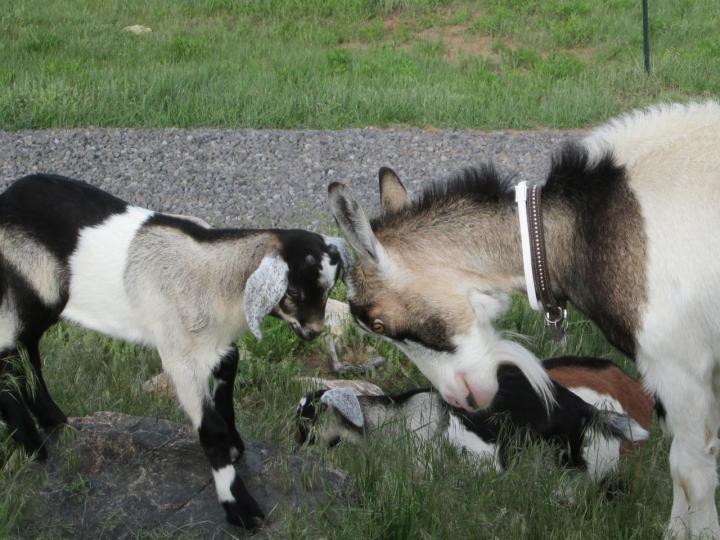 Phil still managed to get both the boys up on his lap, but he won’t be able to do this much longer! Even one of them is starting to be quite a lapful! 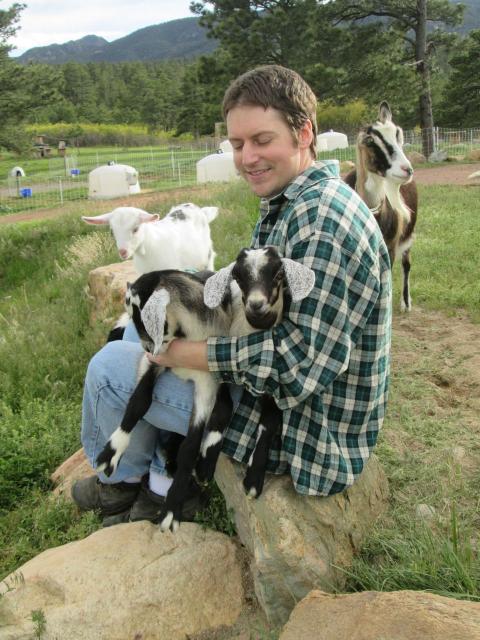 Sledge and Hammer are right in the middle of that adorable but annoying jumping and chewing phase. “Up! Up! Up!” they say. And then when you pick them up, they squirm around and try to eat everything in sight–your hair, your sleeves, your buttons, your arm hair. So you put them back down where they promptly step in mud (or worse things) and then jump their filthy little toes all over your clean pants. Still, there’s nothing more amusing than ticklish baby goat feet drumming on your backside while they tug on your shirt or braid and clamor for attention. 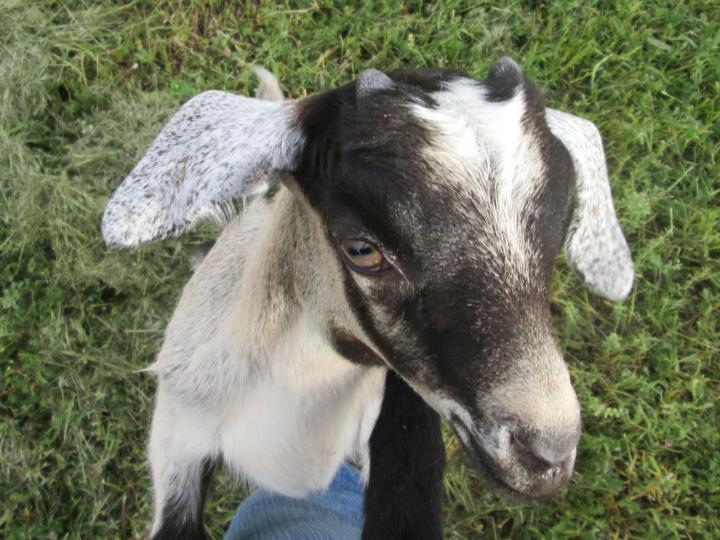 1 thought on “The twin terrors”