Phil found a pedestal. Phil can’t encounter a pedestal without taking off his shirt and posing in statuesque splendor. 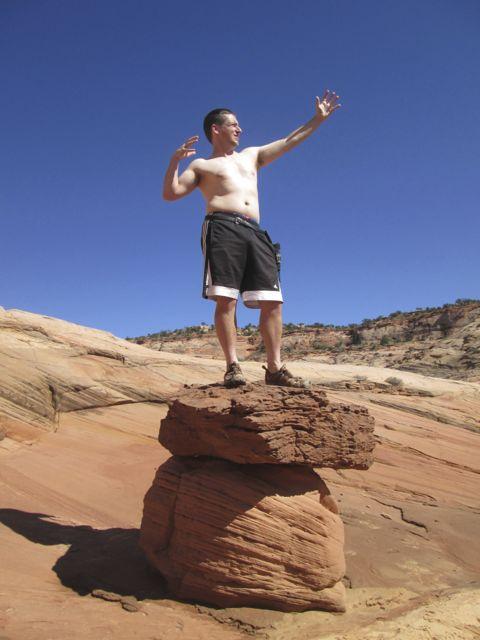 Finn cannot see someone else pose on a pedestal without sharing the glory. 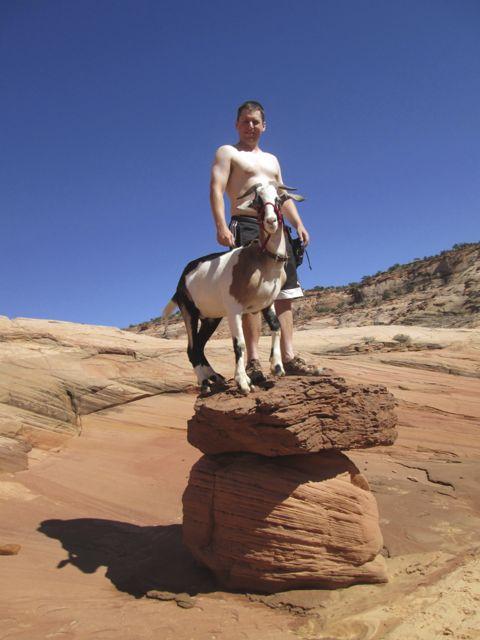 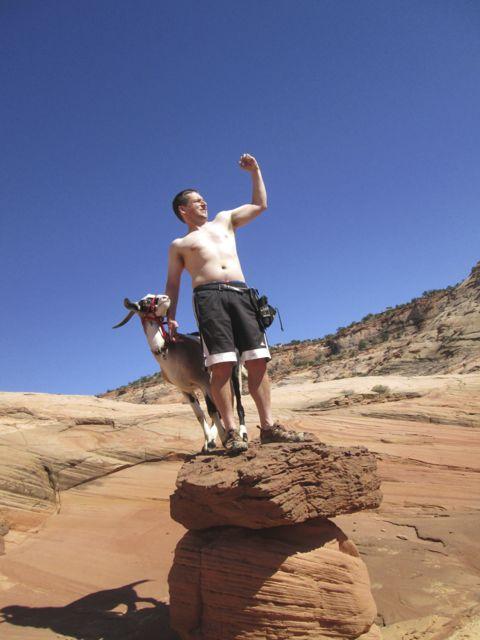 “How does one get off this thing?” (And Finn made it look so easy!) 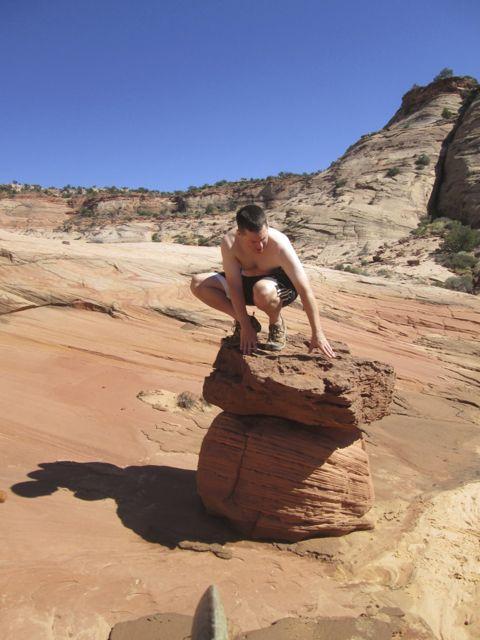 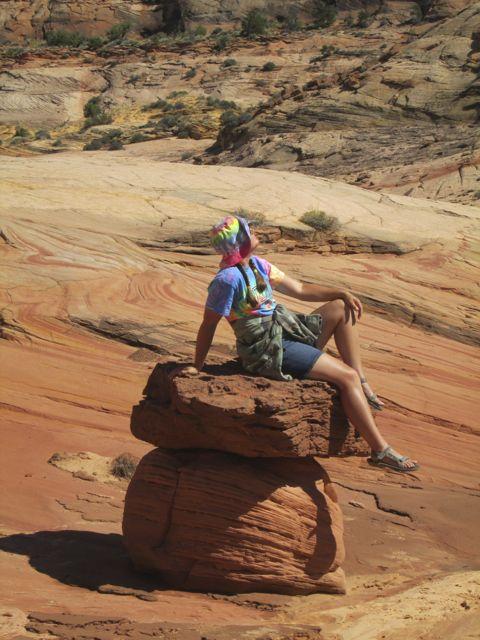 Finn can’t help it. It must be some kind of disorder. 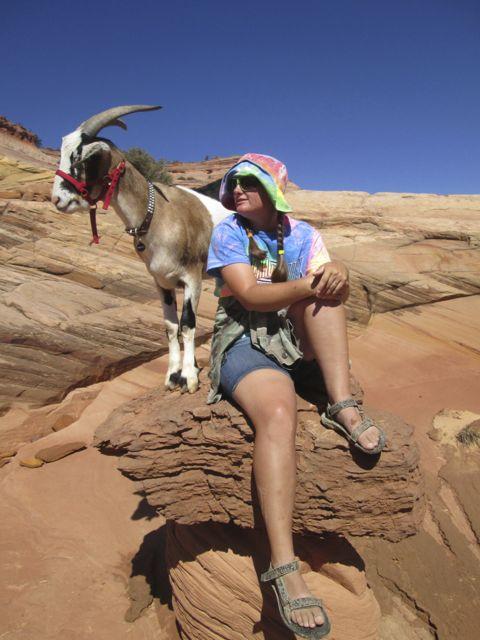 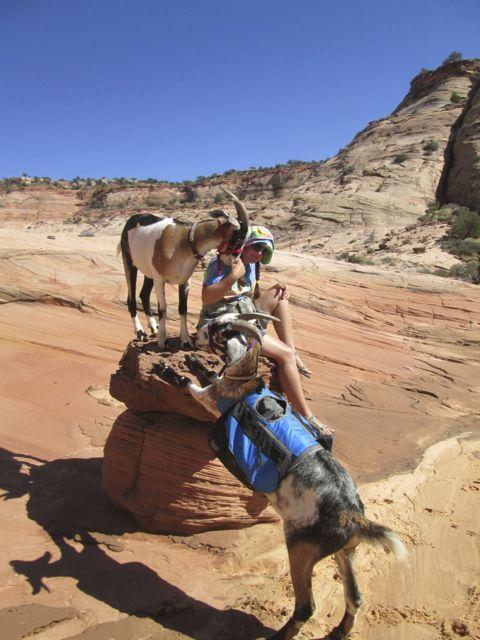 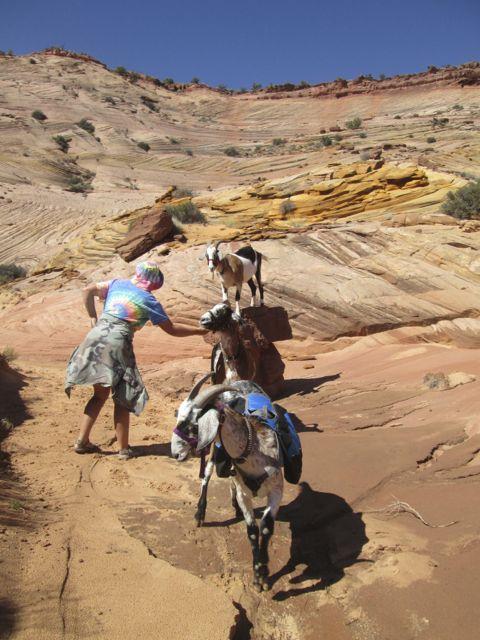 Finally, Finn gets the rock to himself! 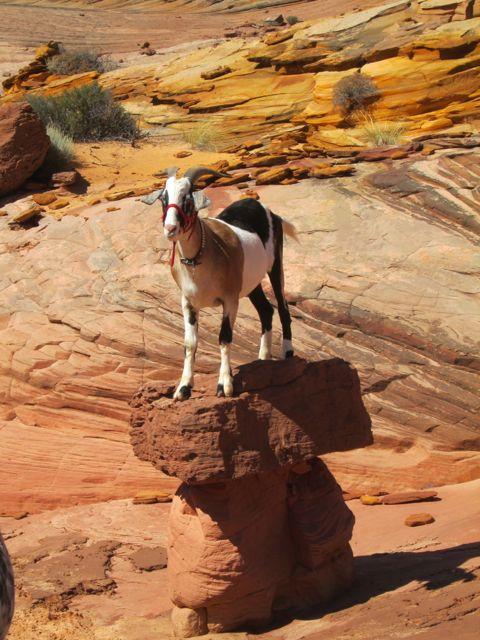 On our way back I found a shelf I wanted to sit on. But with a rounded edge and nothing to grab hold of at the top, I couldn’t quite get up there. Finn, however, was quite curious what I was after and he decided he needed to investigate. Twice he leaped, scrambled, and fell back down with a thud. I thought he was going to give up after the spectacularly failed second attempt, but he backed up from the wall, gave his tail a quick, determined wag, and leaped with all his might. He made it to the rounded edge and started to slide back, but he clung tenaciously to the rock with his front toes, paddled his hind feet, and made it up. 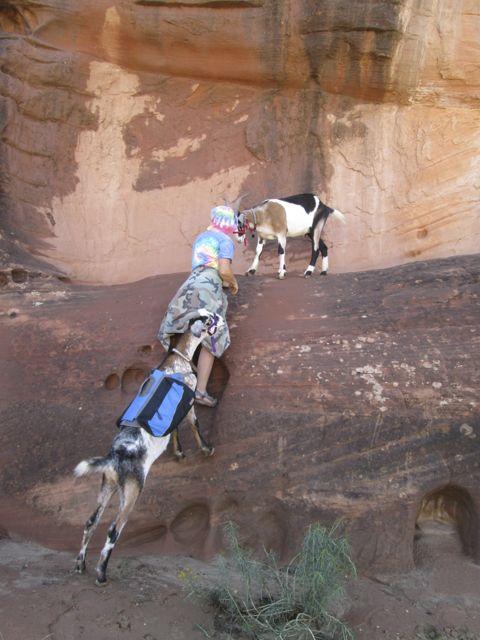 Naturally, he had to strut. 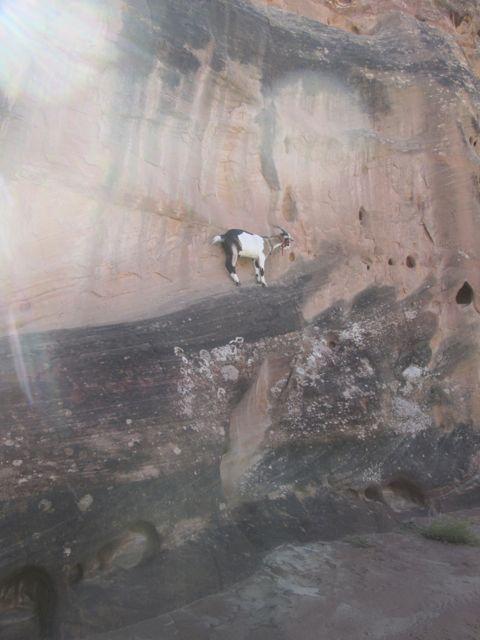 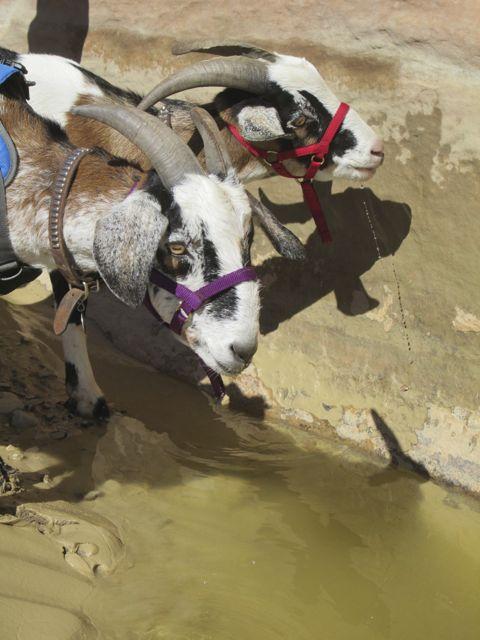 “Yes, Sputnik? Did you want something?” 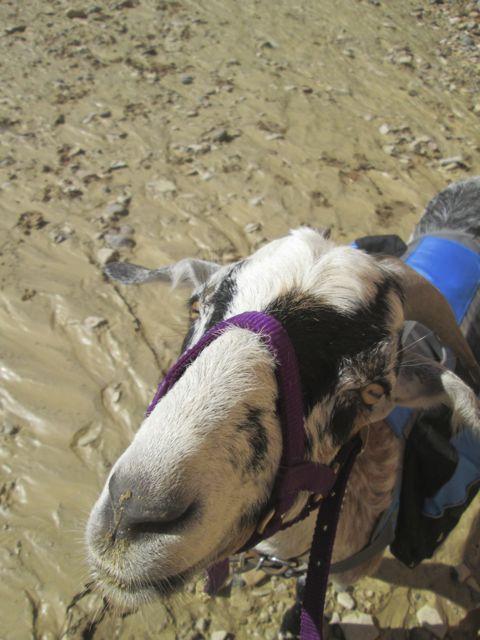 Finn plunked his nose down in a mud patch and then gleefully tried to wipe it on everyone else. 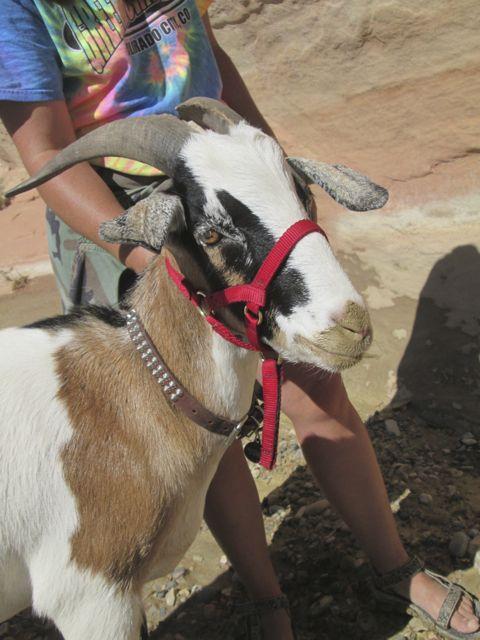