I have been very remiss in my blogging duties this summer. Our local saddle club has been going gangbusters since mid-May and when I’m not doing horsey things I’ve preferred to spend my time hanging out with the little kidlets and enjoying their company and watching them grow and play rather than taking pictures of them. It’s been a good summer and one of the highlights was when Phil’s Uncle Steve and Aunt Marianne stopped by for a brief visit at the end of June. Steve and Marianne are two of Goat-O-Rama’s biggest fans and most faithful followers.

They came bearing gifts of pizza-flavored Pringles. Whenever there is food involved, the big boys immediately rush to the front of the line. 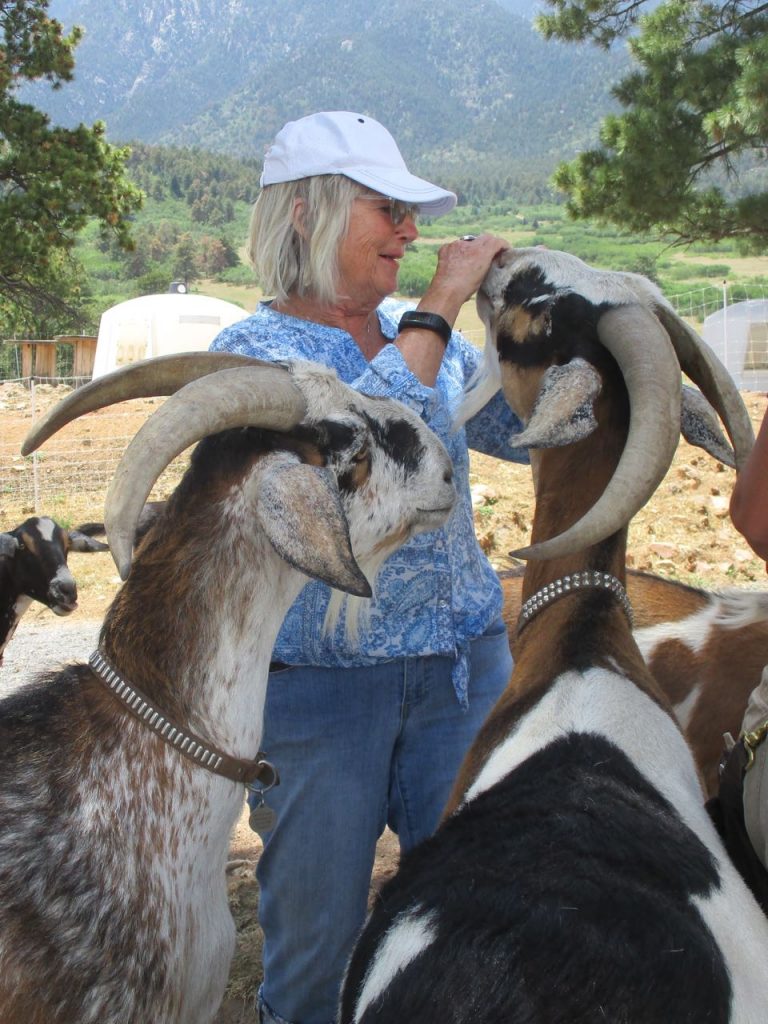 Pizza Pringles are a dangerous thing. Marianne was quickly overwhelmed. Funny how just two eager goats can look and feel like a tidal wave of horns and hooves and noses when they are as big as these two! 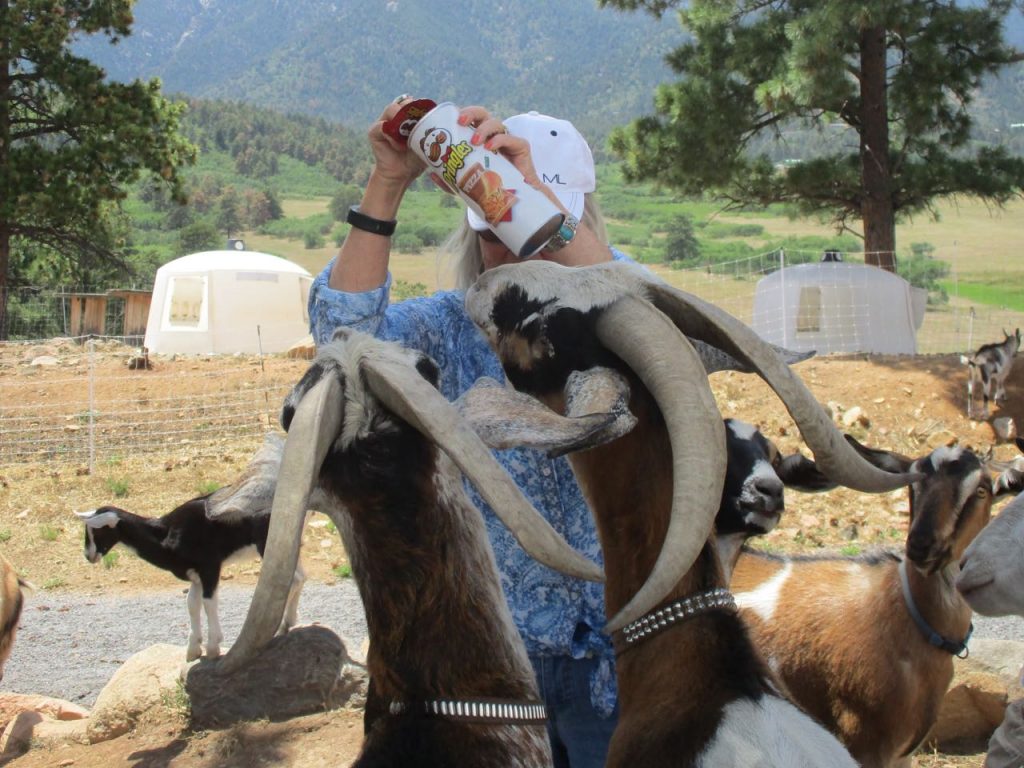 Phil and I rescued Marianne and dragged Finn and Sputnik off to the pen. They’d hogged enough treats. Sadie is always up for goodies and she is more Marianne’s size. 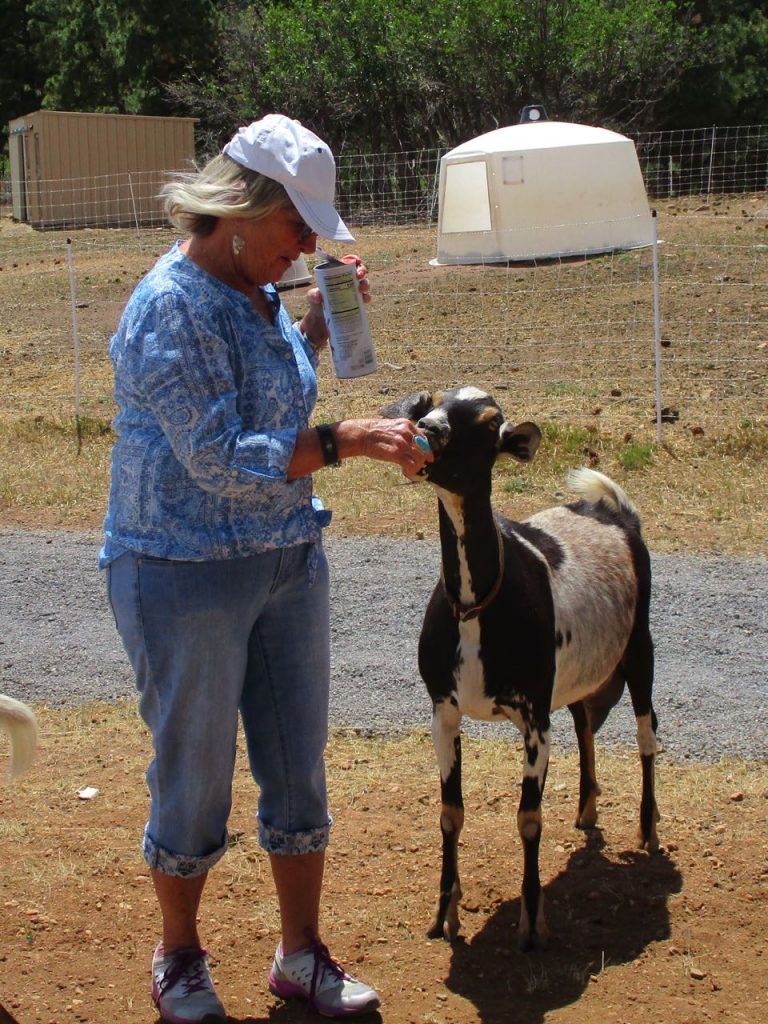 “I can haz more Pringles?” 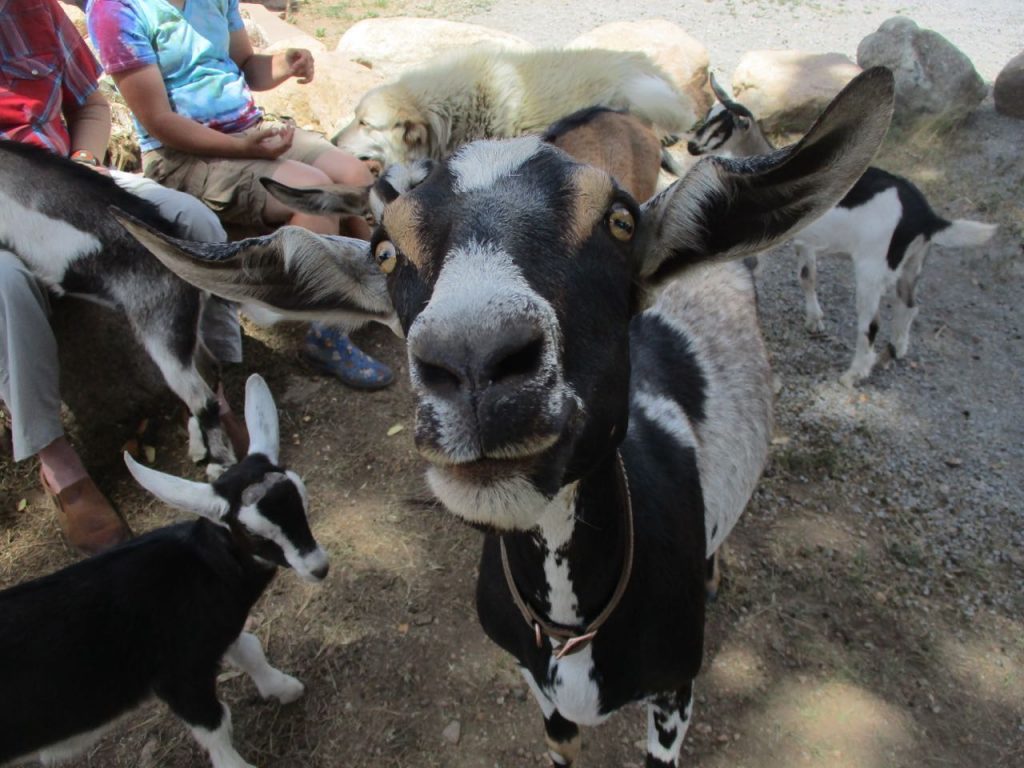 We took a seat on the rocks and were immediately inundated by the younger set who were still somewhat small enough-ish to climb on laps. 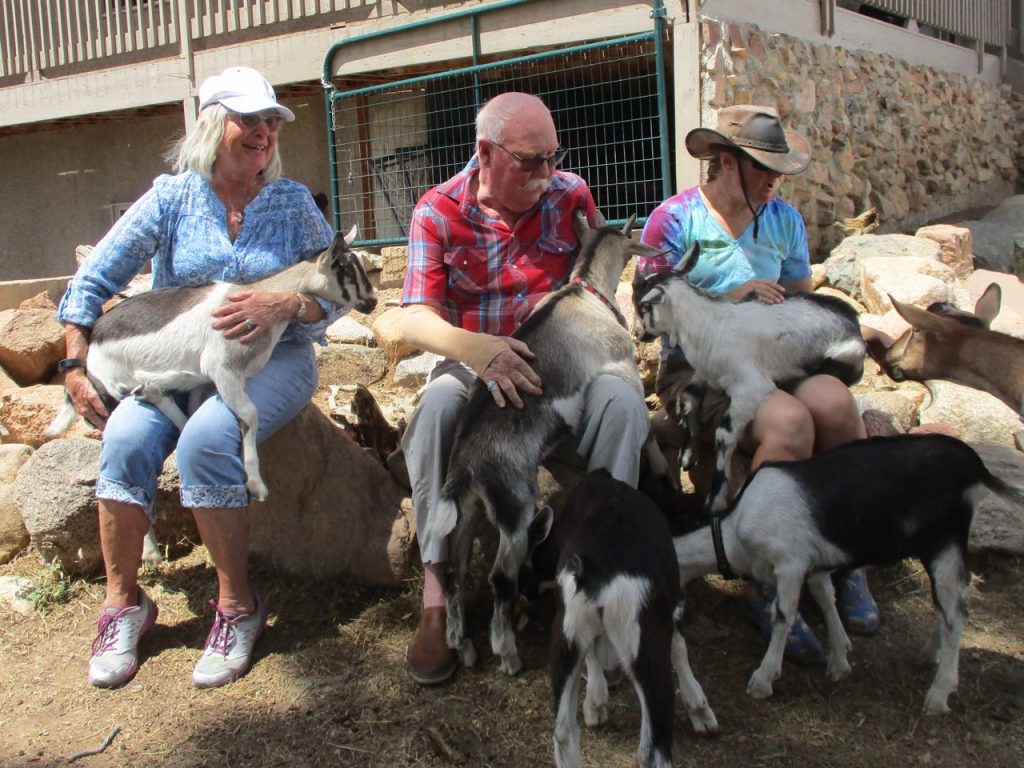 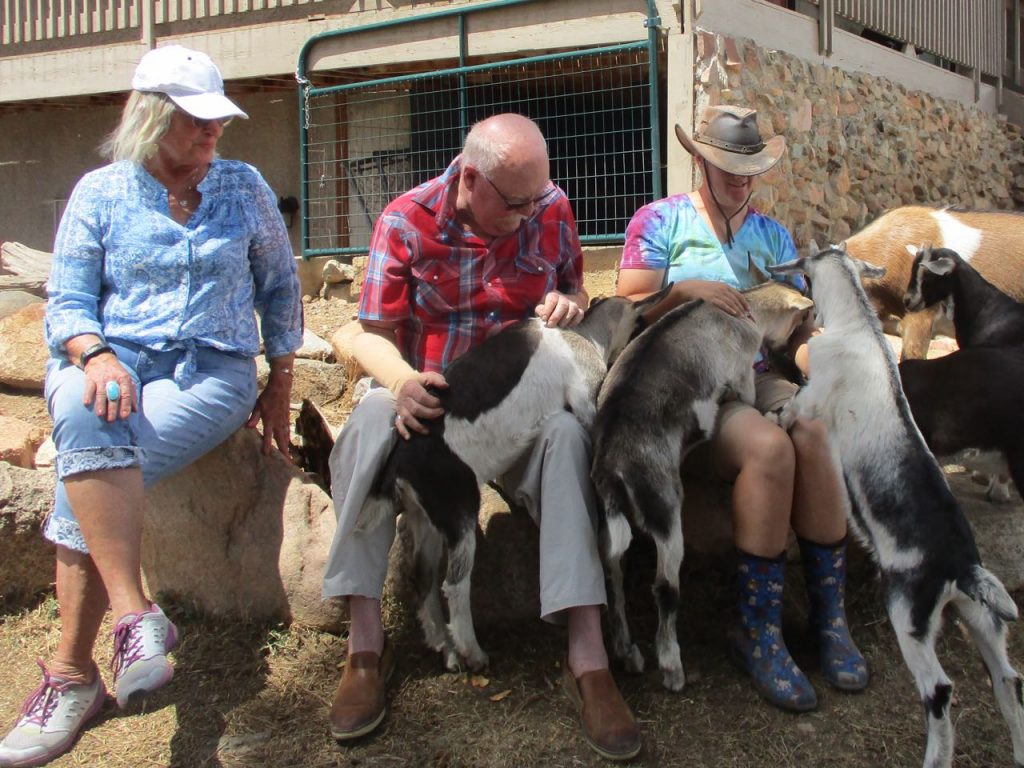 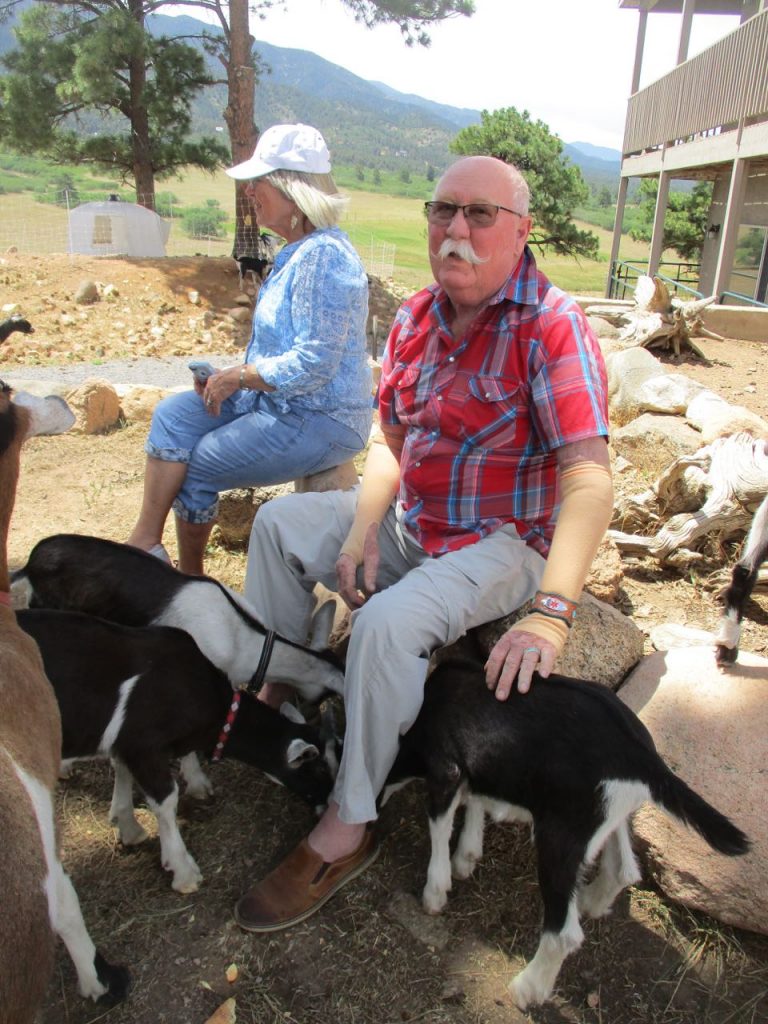 The other kids eventually drifted off, but Sonic is our most outgoing kid and he couldn’t get enough of Steve. The chips were sort of interesting… 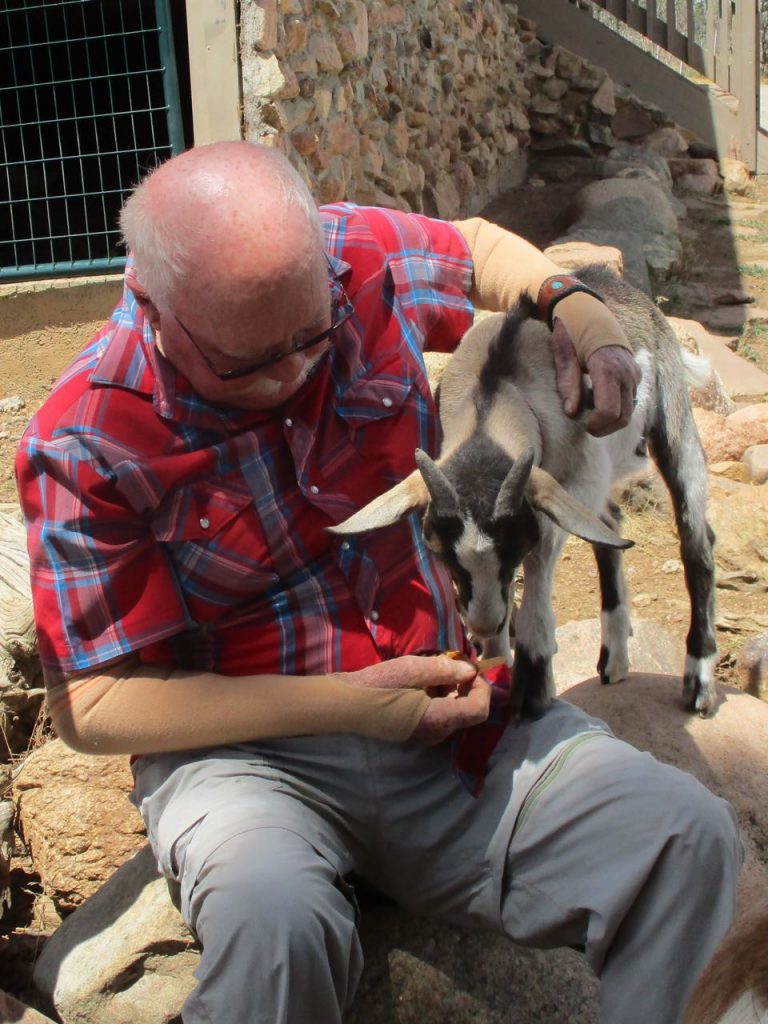 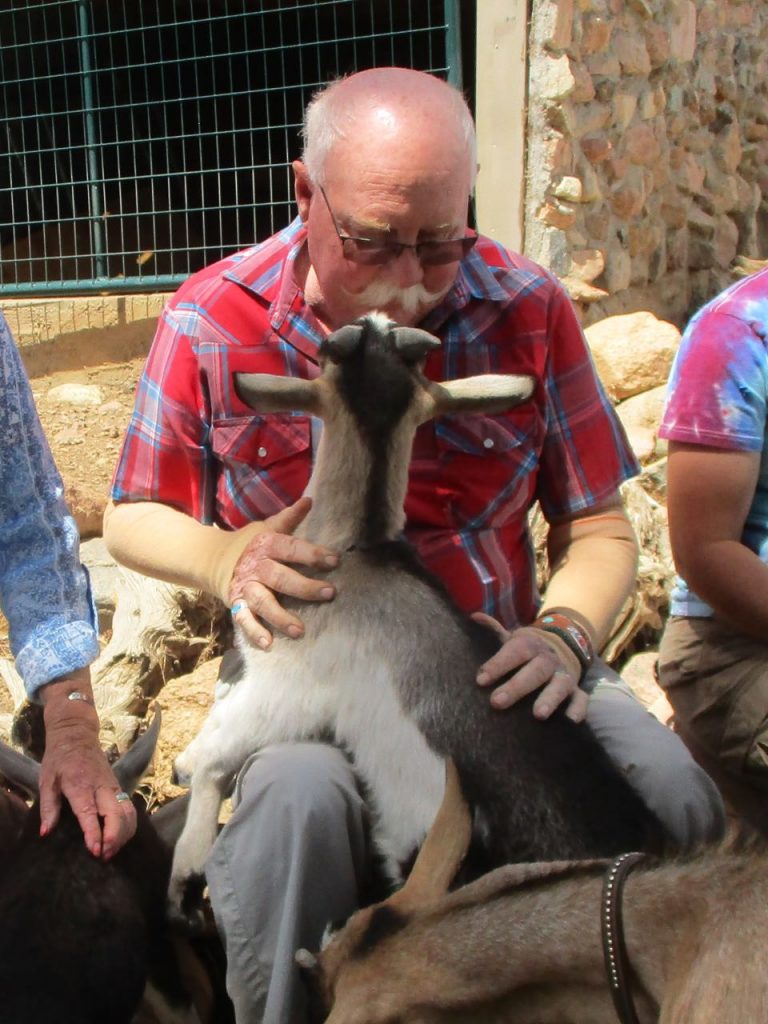 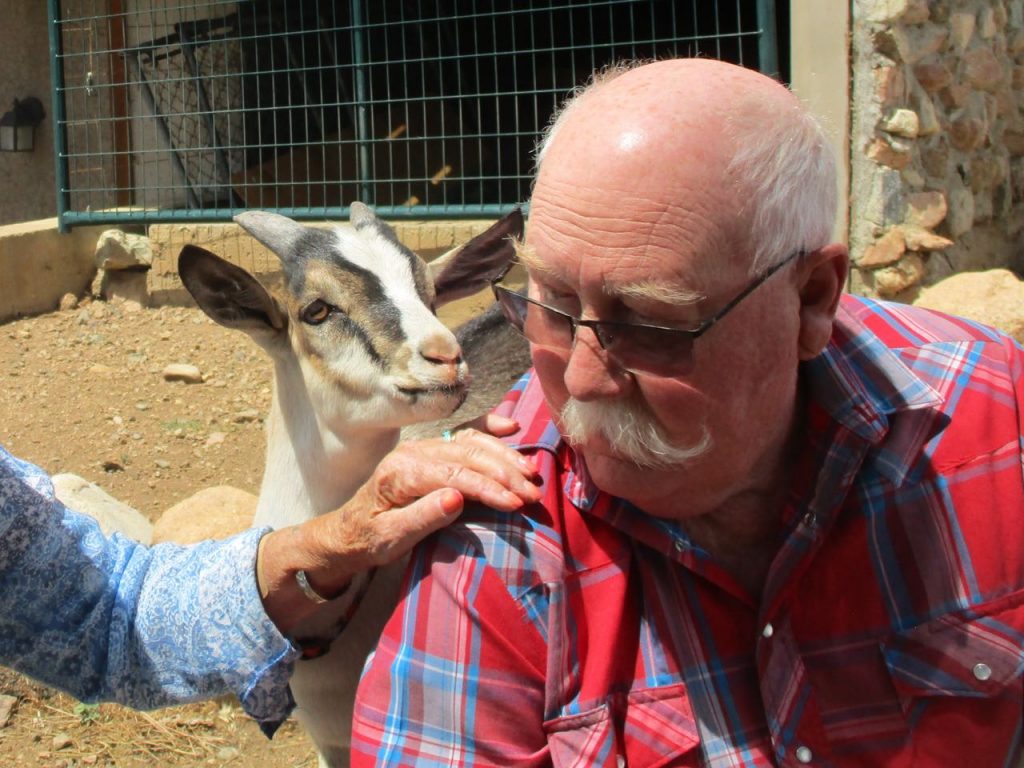 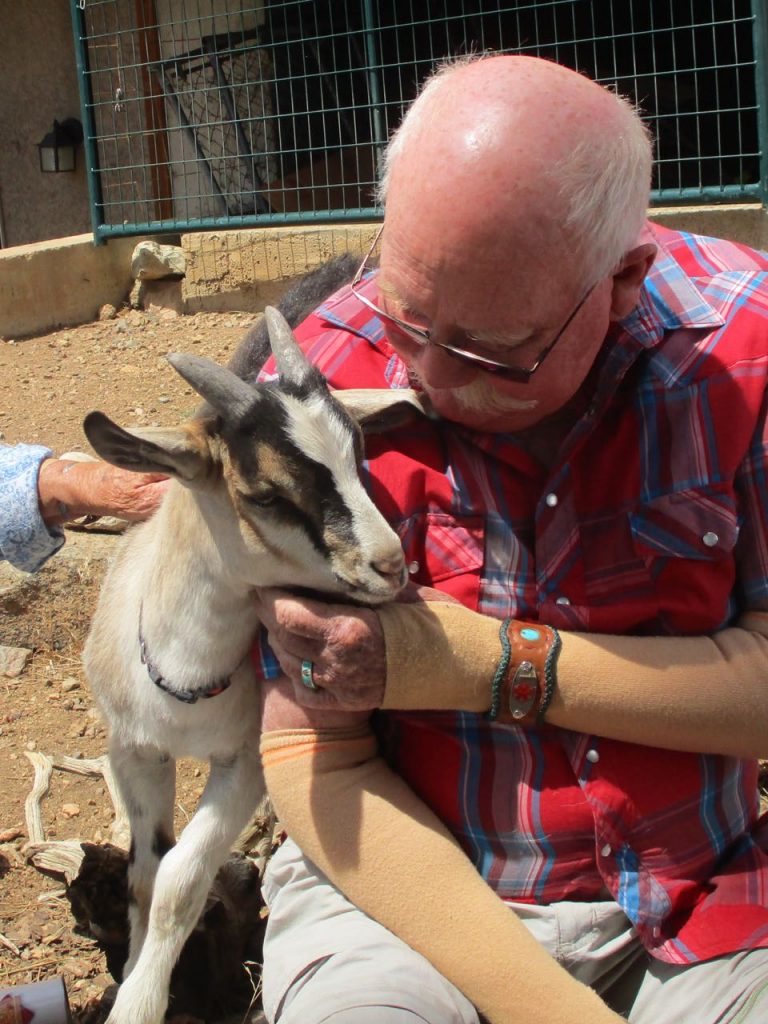 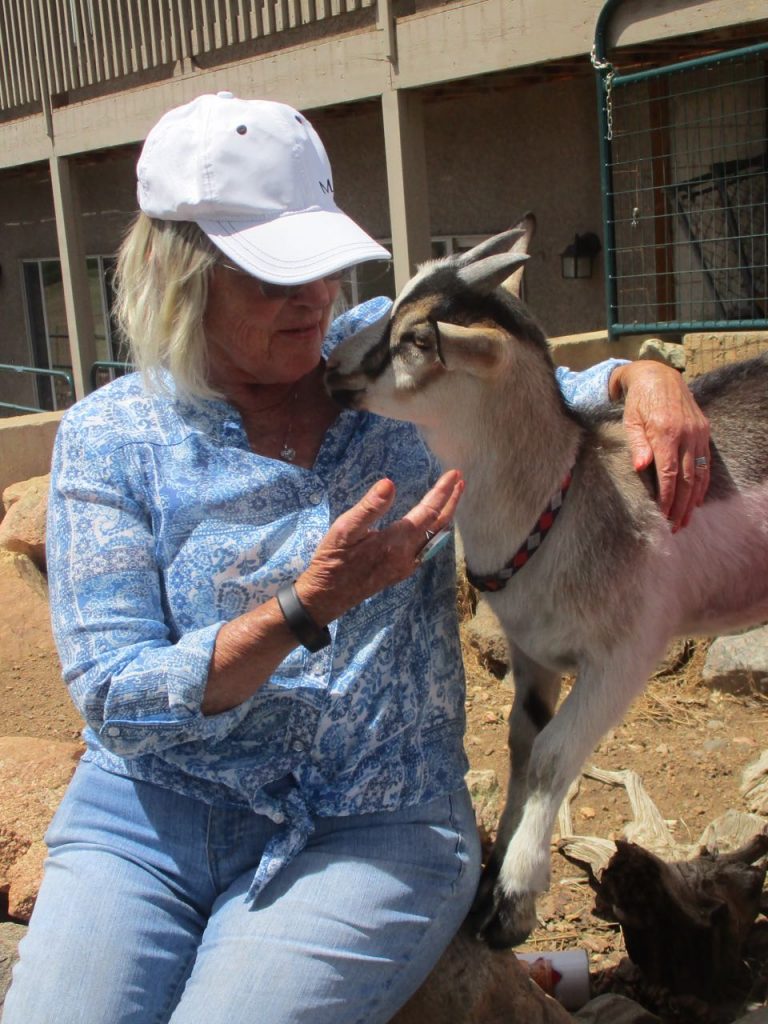 Add a hat to the discussion and the entertainment possibilities are endless! 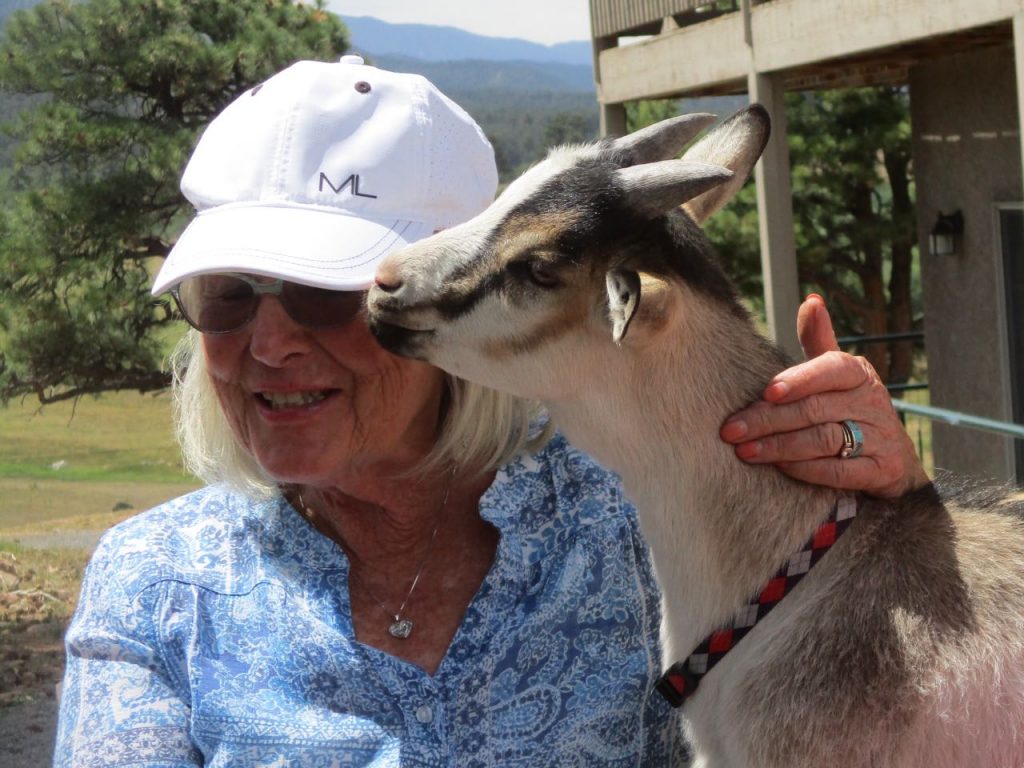 I could still pick the little monster up at the end of June. 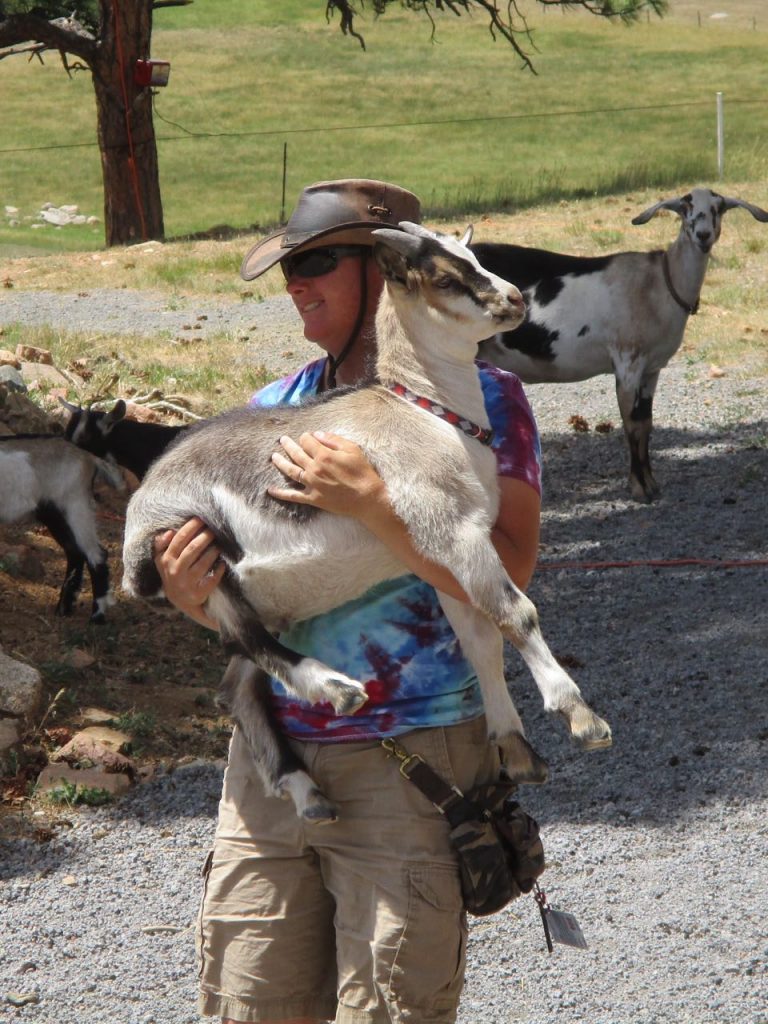 4 thoughts on “Their biggest fans…”