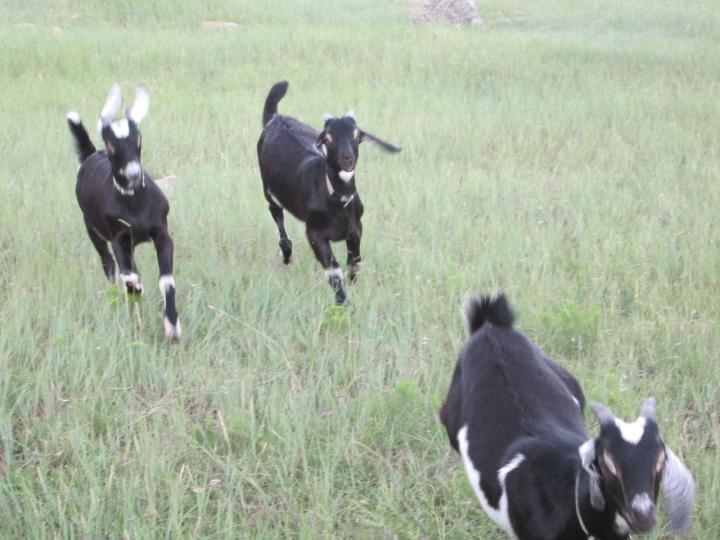 Look at those matching banded legs standing all in a row in the trough! 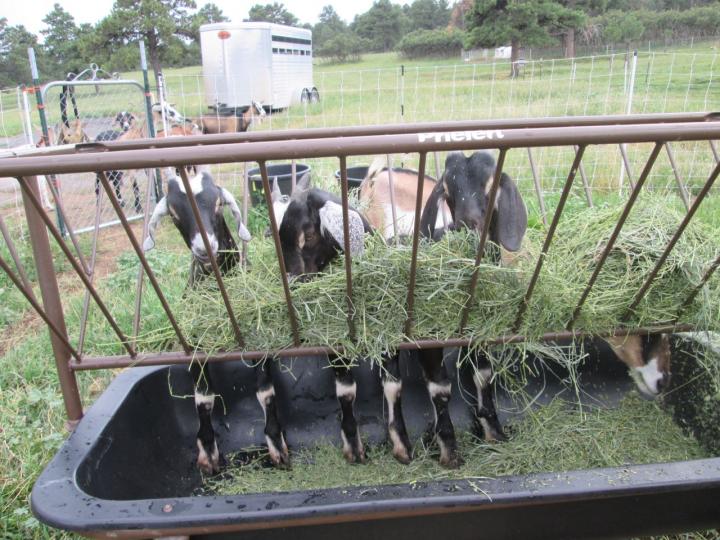 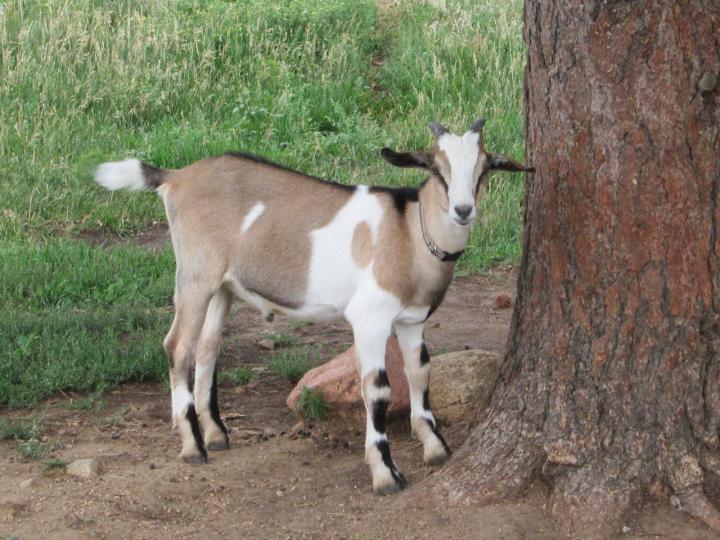 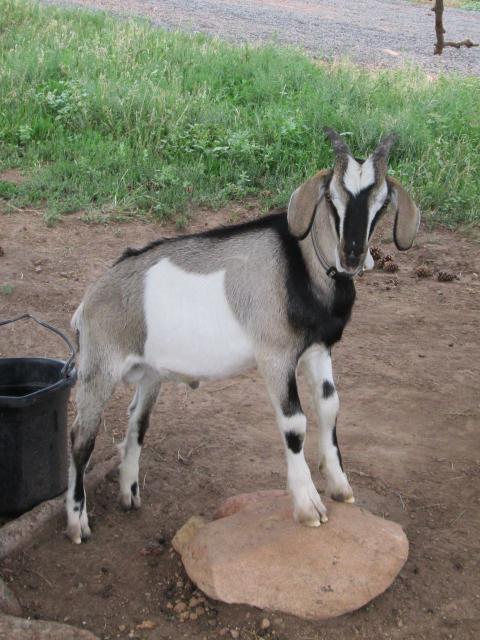 I think they’re both handsome. 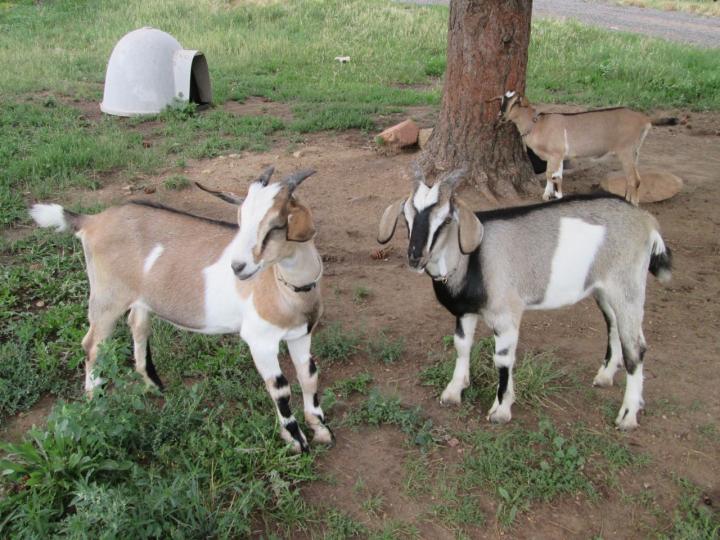 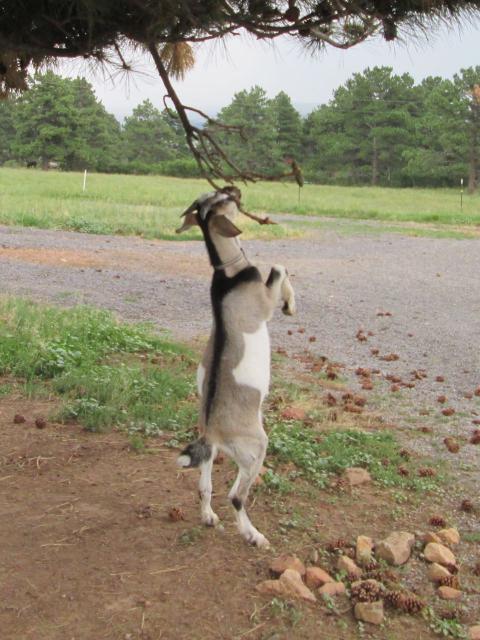 Our siblings are going to be quite distraught when I separate the brothers into the boys’ pen in the next week or so. I was hoping to have begun weaning them already, but the constant rain has made me hesitant to put anyone in a situation where they might be chased out of shelter. The boys are starting to get fresh with the older ladies, but they are so far maintaining a fairly innocent love for their sisters so it’s probably safe to keep them together a bit longer. 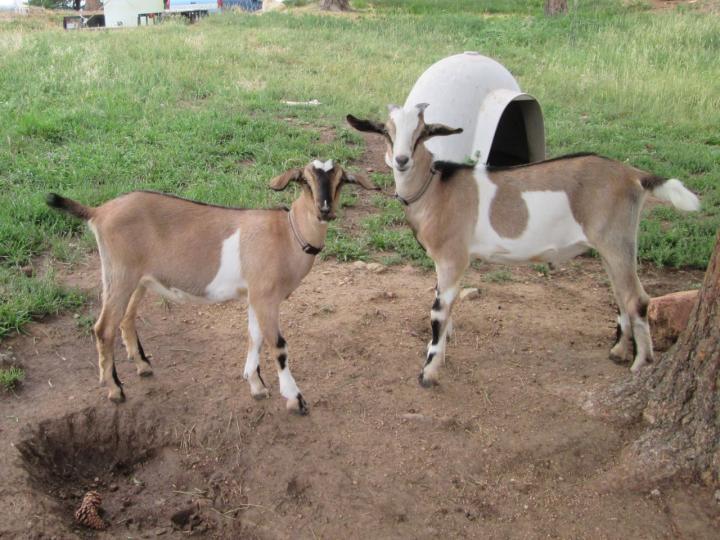 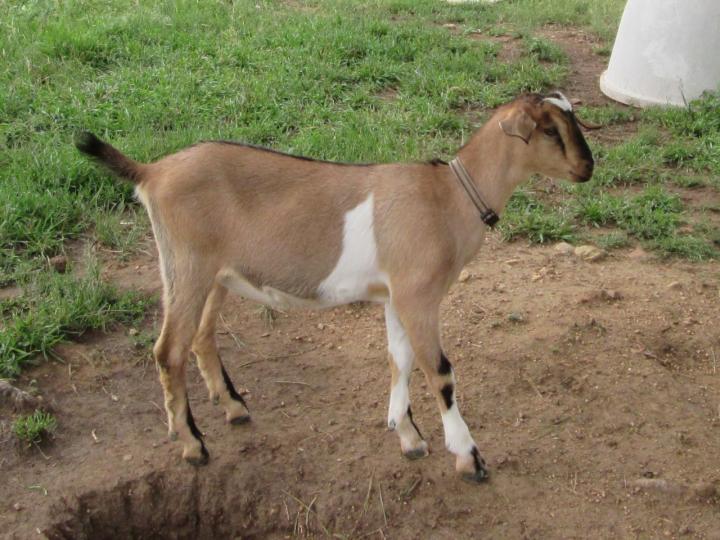 What’s with the pouty lip? 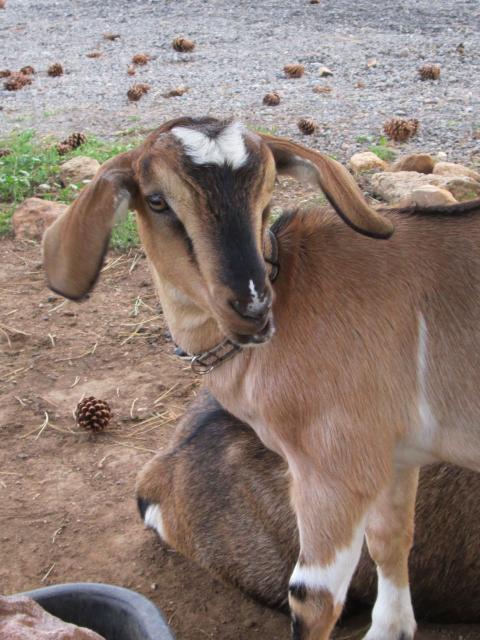 Little Coral has the most innocent face of any goat I’ve ever met. What makes it even sweeter is that it’s actually genuine! She’s a truly adorable little goat–not mischievous or bossy or even greedy. It might be too much to wish that she stays that way, but I’m enjoying it while it lasts. 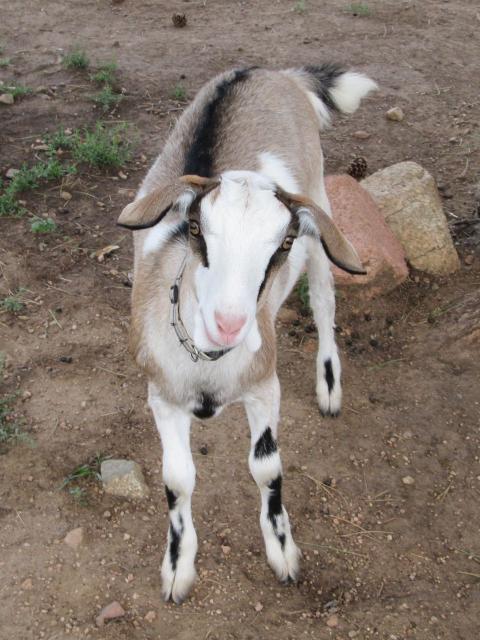 Westin’s markings are getting more and more striking. It’s a pity his black martingale will likely disappear once he’s wethered. 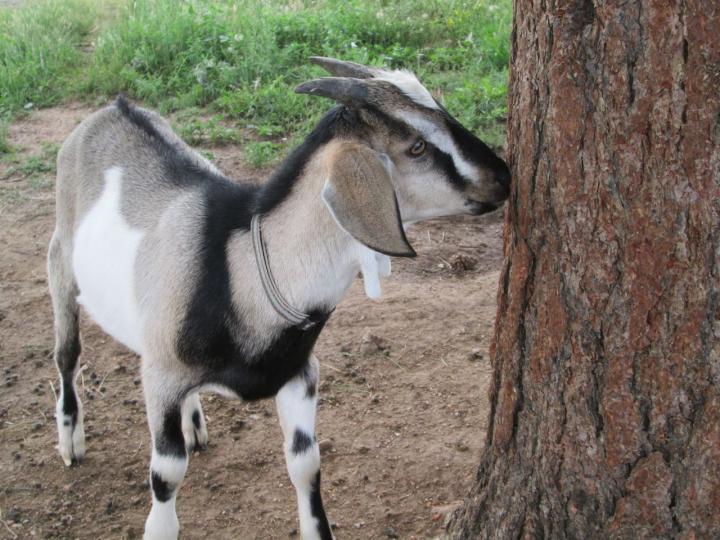