It’s too late to relay the saga tonight, but after Carole and I waited up with her through the night,  Nubbin finally delivered quadruplets this morning around 8:00! Four GIRLS!!! Carole is over the moon. 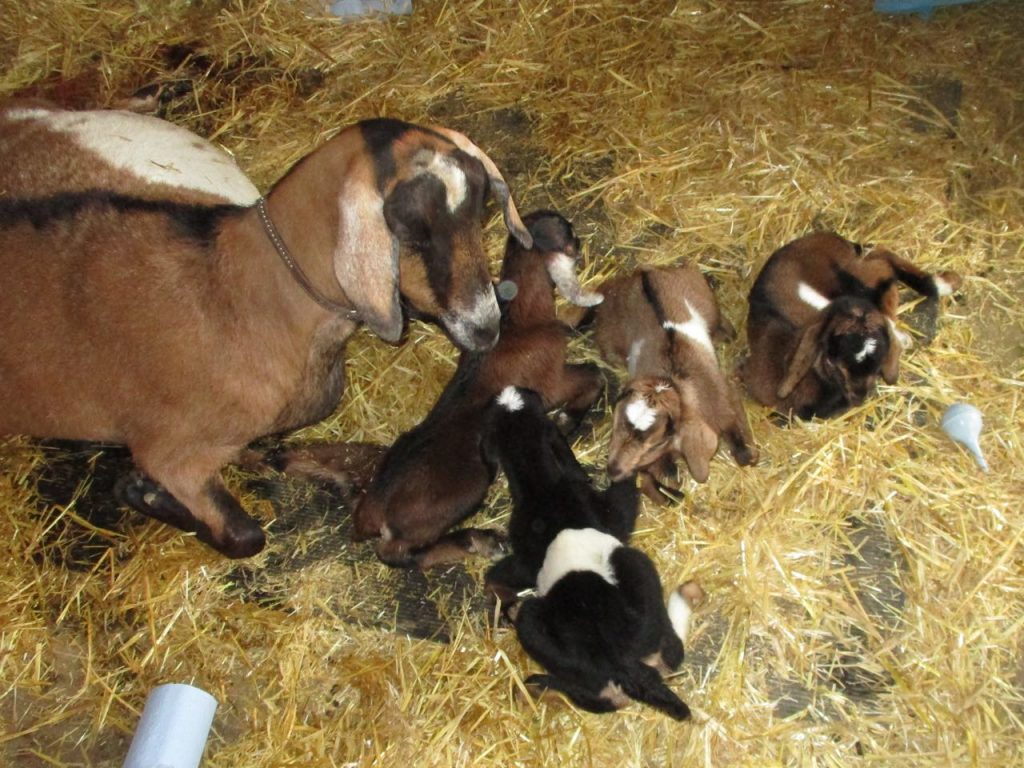 Please say a little prayer for Nubbin who is totally exhausted by the ordeal and currently wants nothing to do with her babies, and say another little prayer for the little black kidlet who is not thriving like the other three. 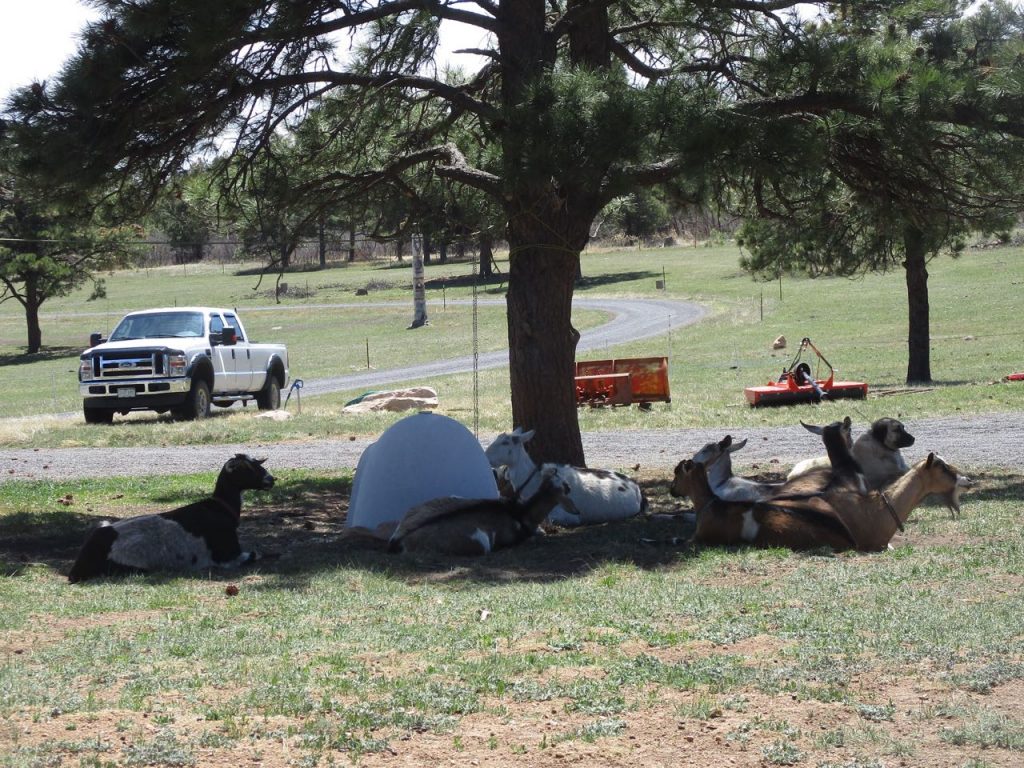 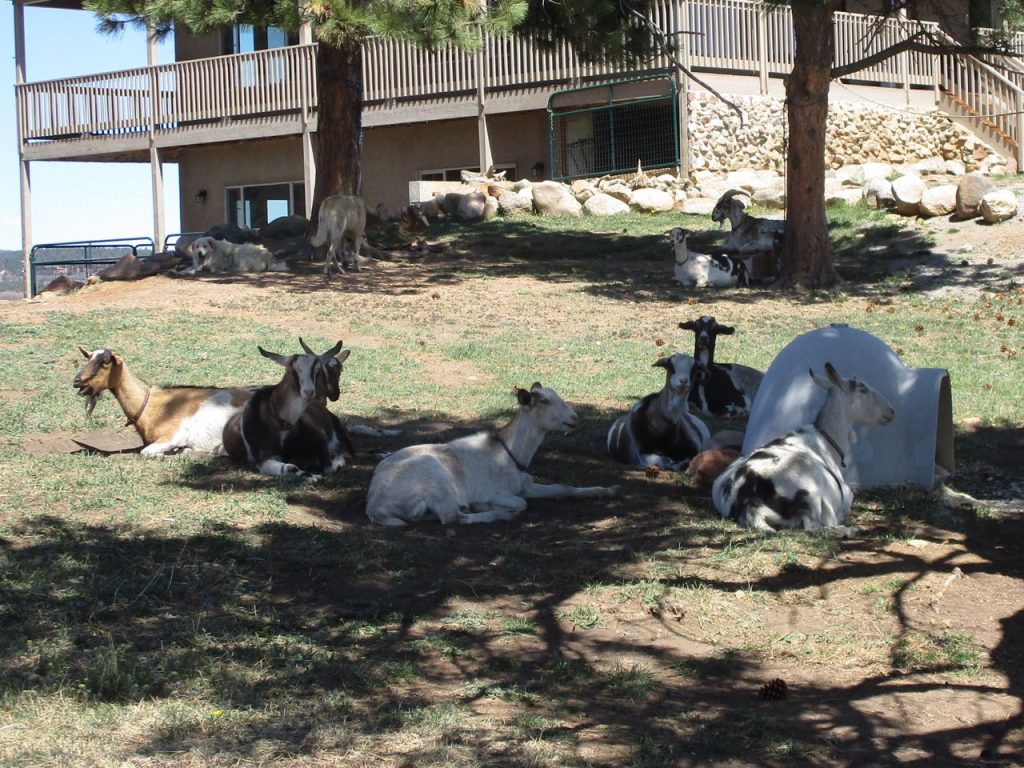 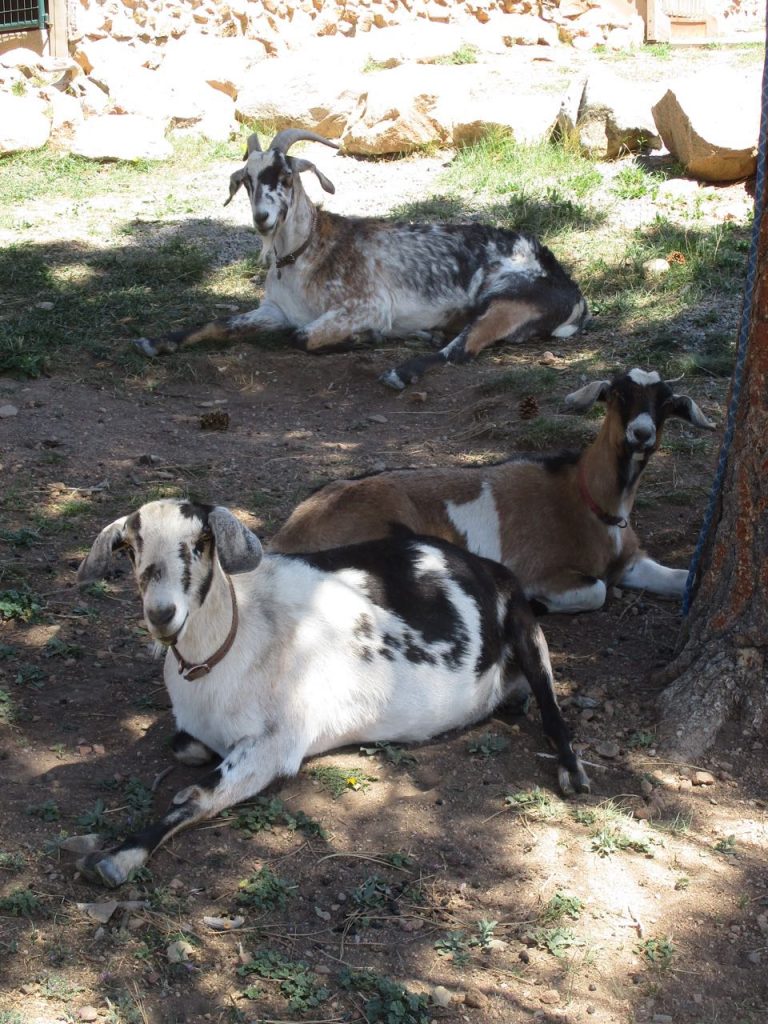 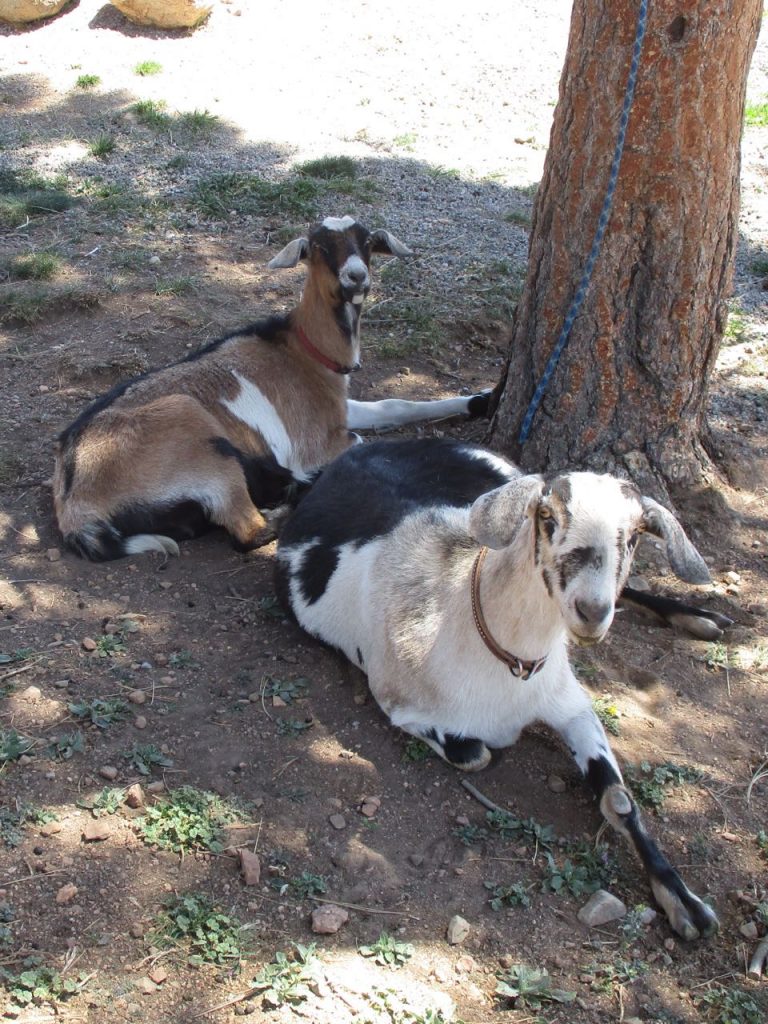 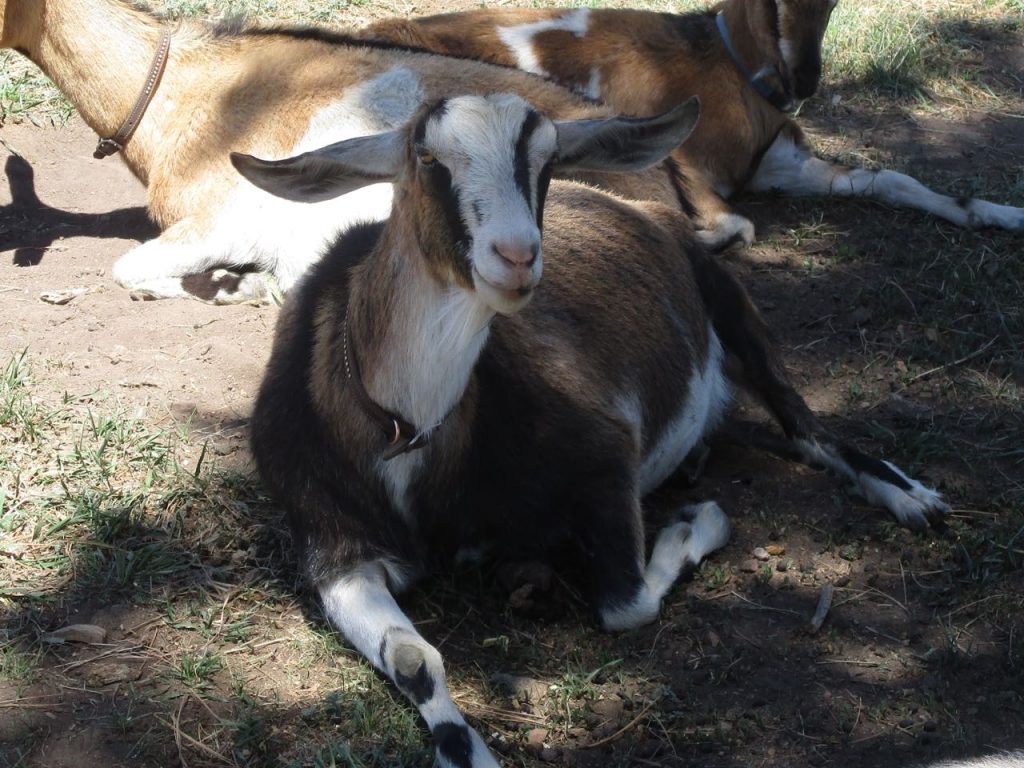 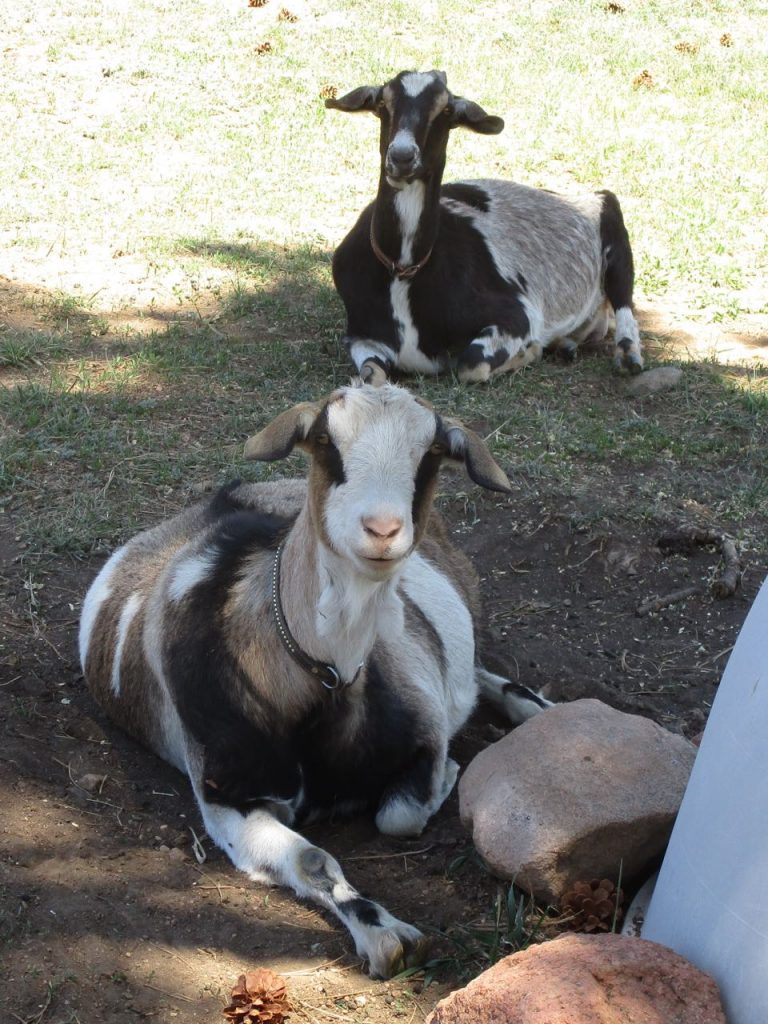 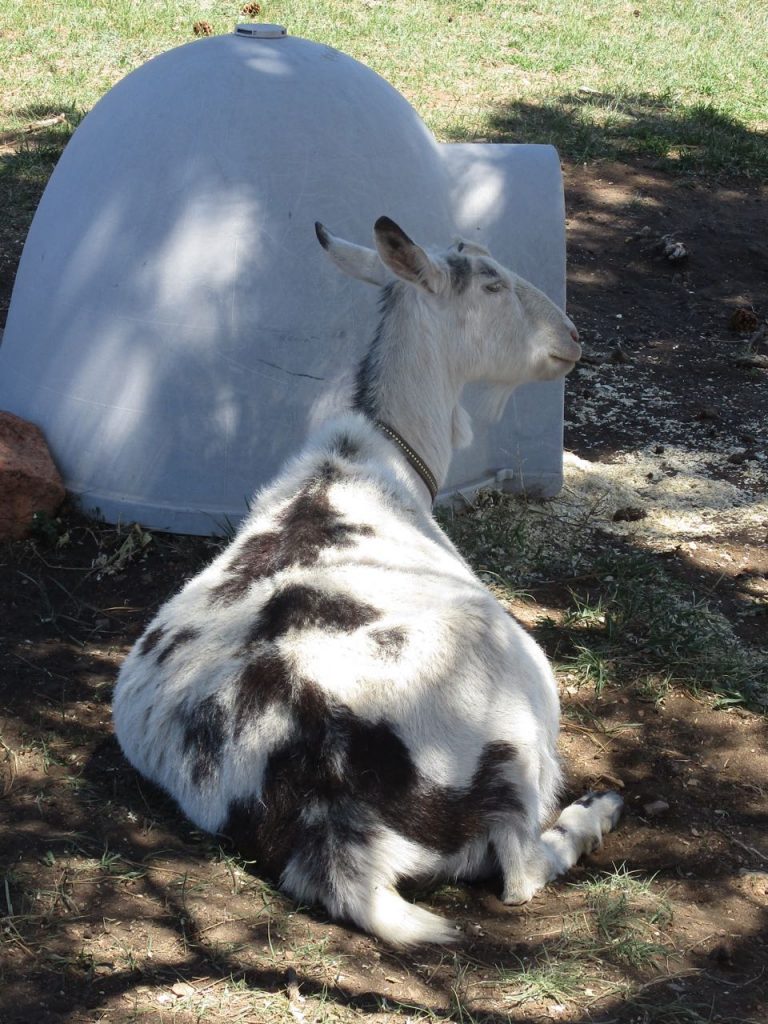 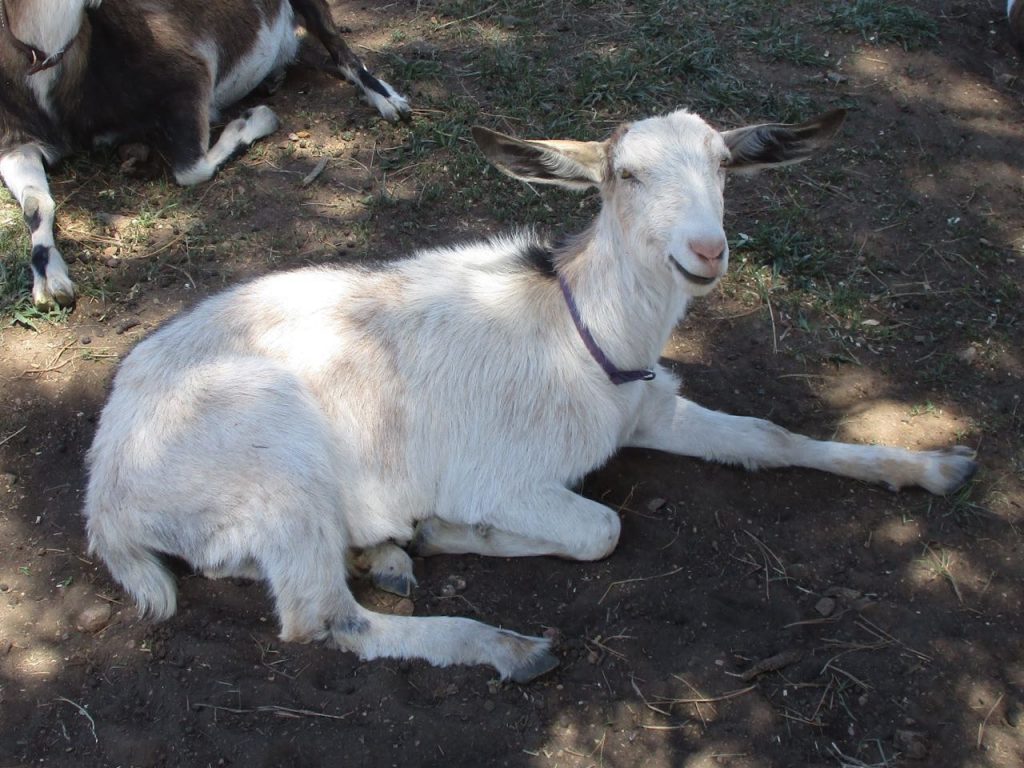 …She sits AROUND the house!!

I went out to visit Nubbin this afternoon. The poor girl has been huge for a month and can barely heave herself up, but she can’t get comfortable laying down either. She’s due this weekend but her owner induced this morning so she should have kids sometime tonight or tomorrow. With a belly this big I’m expecting quadruplets. Here’s hoping it all goes very smoothly! 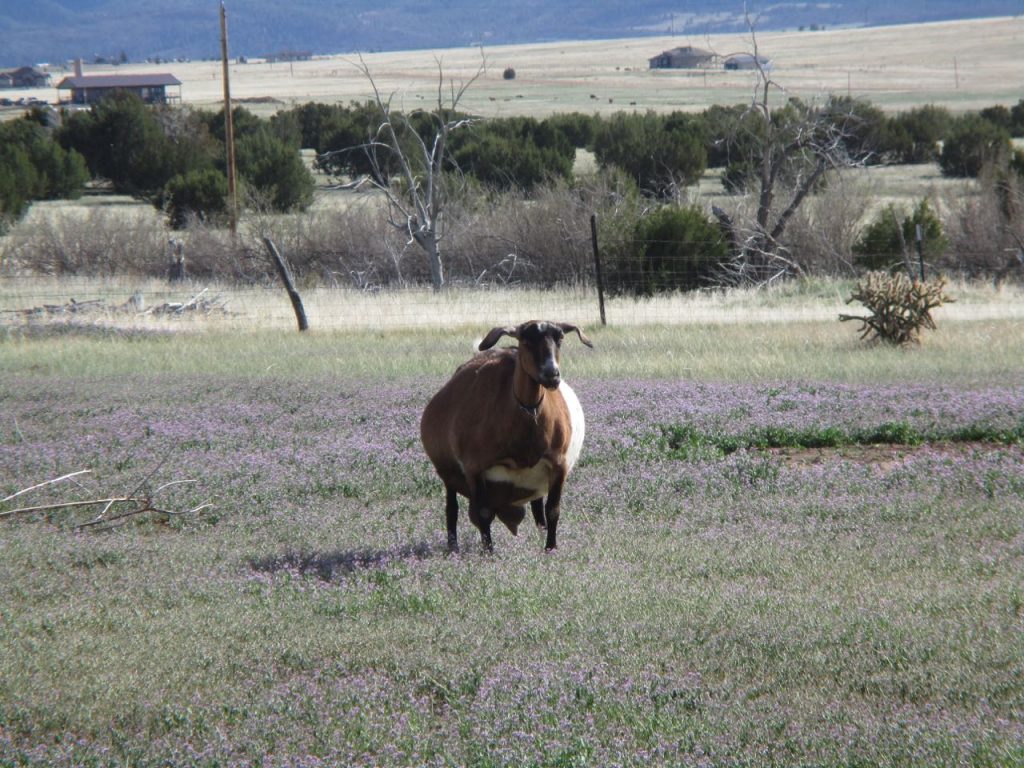 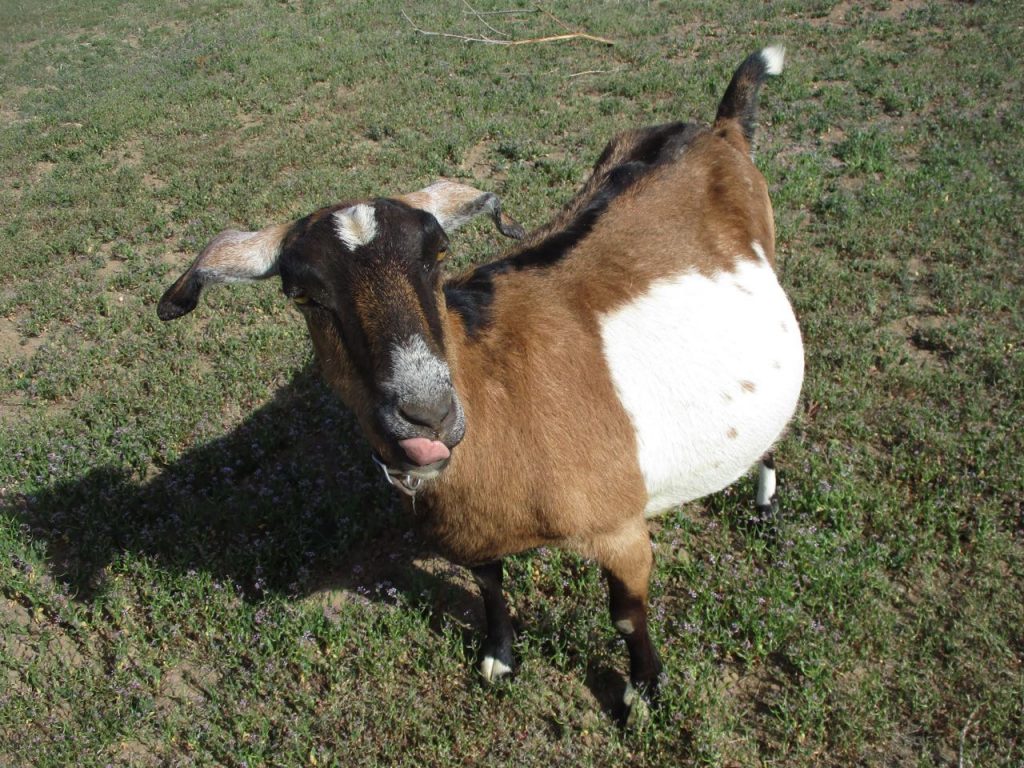 Carole is Nubbin’s owner and loves her big, sweet girl! 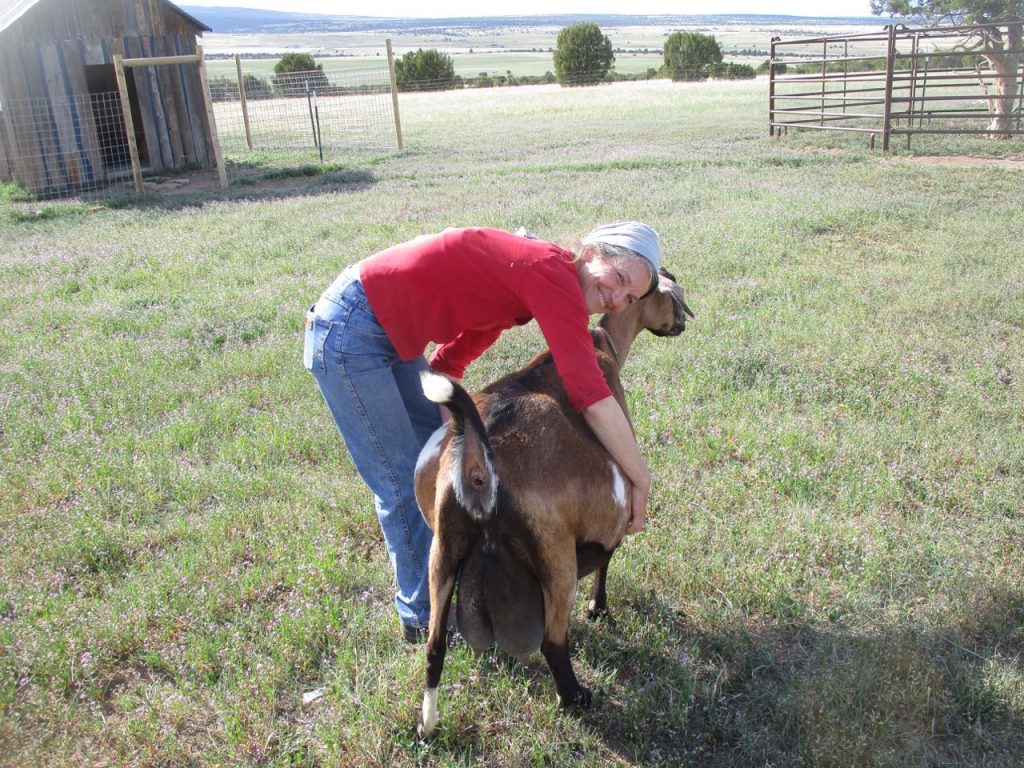 We had to have our cistern dug up yesterday to replace the pump. No sooner did the contractor drive up than Finn claimed his trailer. Finn stayed in this spot for the entire morning even when the other goats left. I’m sure he was just waiting to see this backhoe in action. Sadly, we were all disappointed on that front. Our cistern isn’t buried real deep so the guys found the manhole cover with nothing more than couple of shovels. 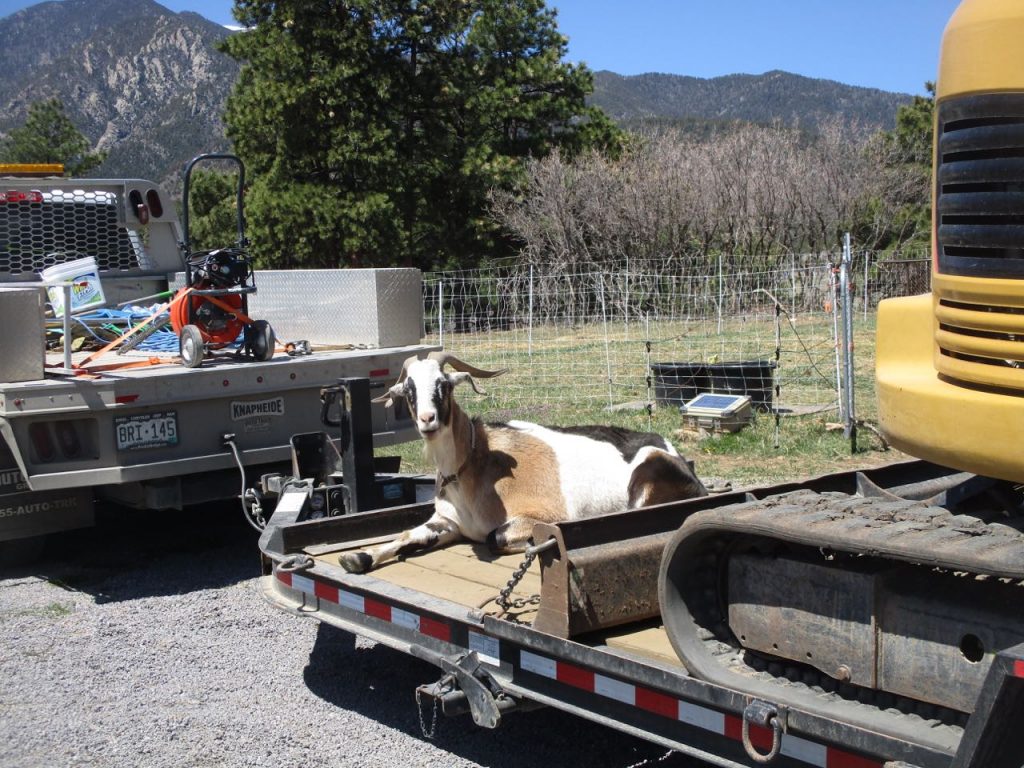