Phil’s parents visited us from Massachusetts last week. It is dangerous to visit this time of year. One is liable to be attacked by throngs of baby goats!

Lois kept getting pounced on by Pedro and Pepi. If these two spy a lap, they jump on it! She aptly renamed them “Chaos” and “Havoc” the very first day. It so happened that we got a substantial downpour the night Jim and Lois arrived, so the next morning was very muddy. My in-laws’ pants were not the same for the rest of their trip. 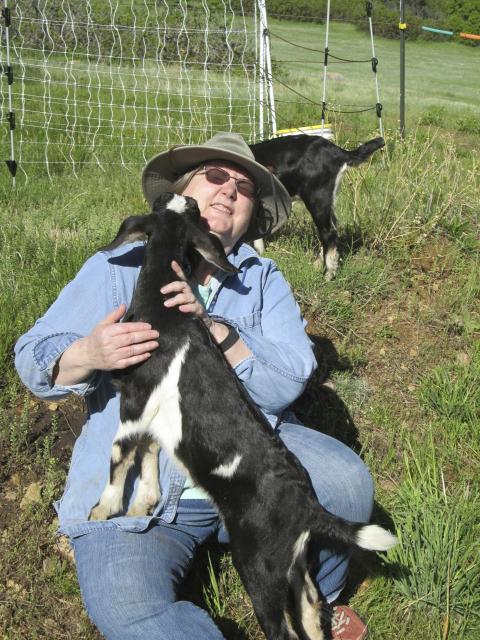 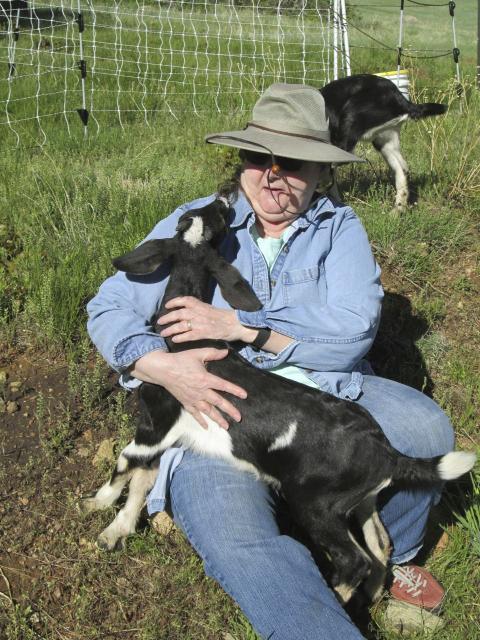 Jezebel tried to herd little Napoleon away from everyone. She is an overly protective mama who doesn’t want her precious snowflake sullied by plebeians and other riffraff. 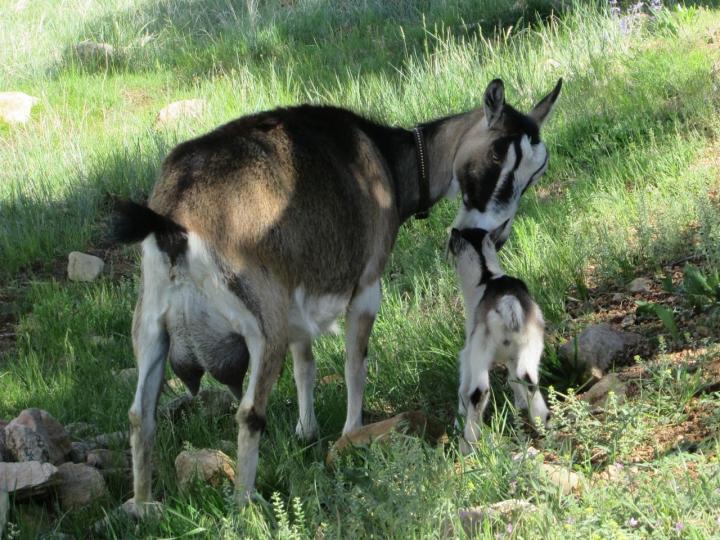 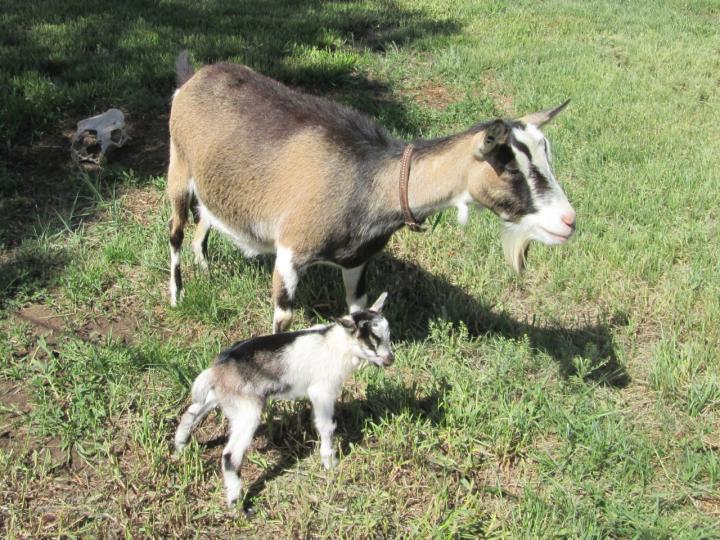 But she couldn’t keep him from us for long. He’s so tiny and cute! It’s never long before some suspicious-looking character wants to hold him. Jezebel makes sure to hover around and supervise anyone who touches her baby. (Notice Jim’s fancy, spanking-new cowboy boots! He bought them on this trip so he could better immerse himself in farm life.) 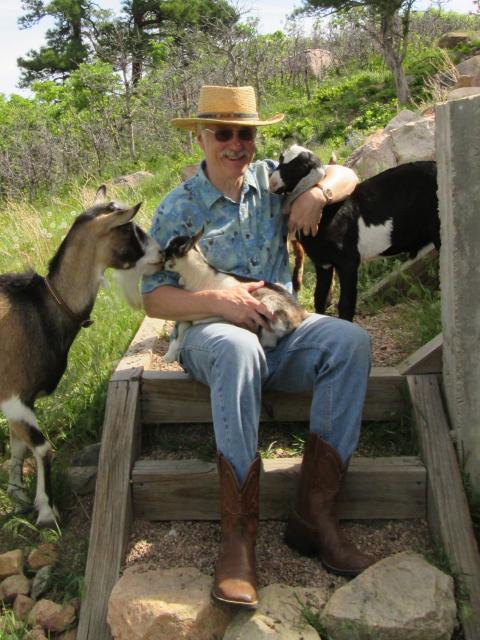 Jezebel enjoyed Jim’s straw hat even if she thought he was a dubious influence on her offspring. 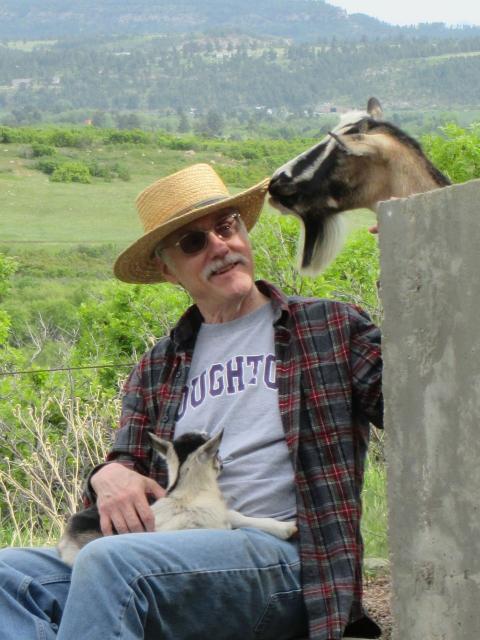 While Jim and Lois were here, our saddle club held it’s first team sorting event of the season. Jim participated in team sorting during a visit four years ago and wanted to try again. He and Jet partnered up for the thrill. (Those new boots sure came in handy!) 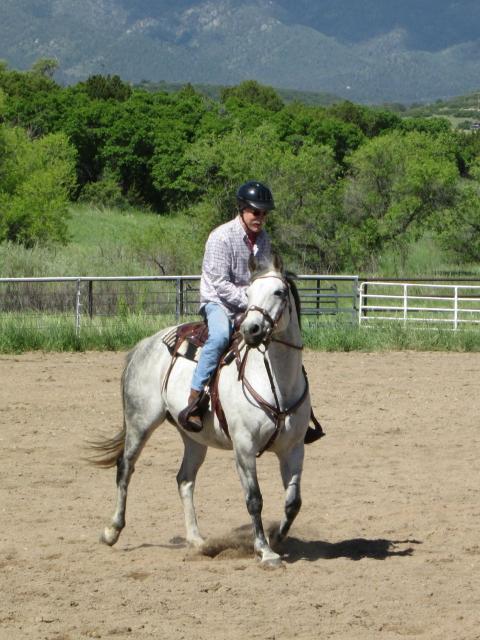 Cutting out a cow. (Jet is very good at this if you point him at the one you want.) 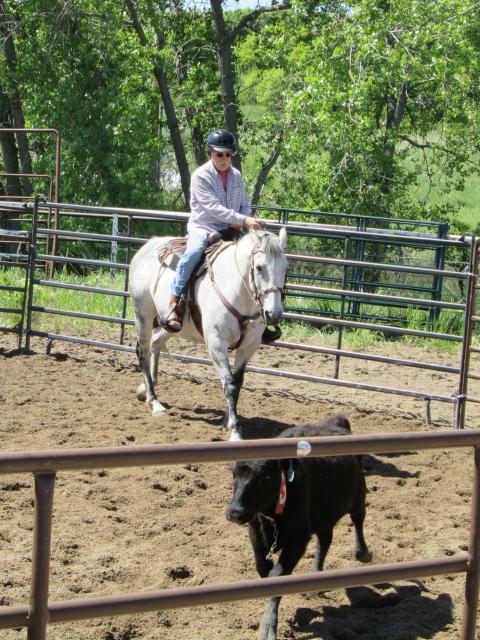 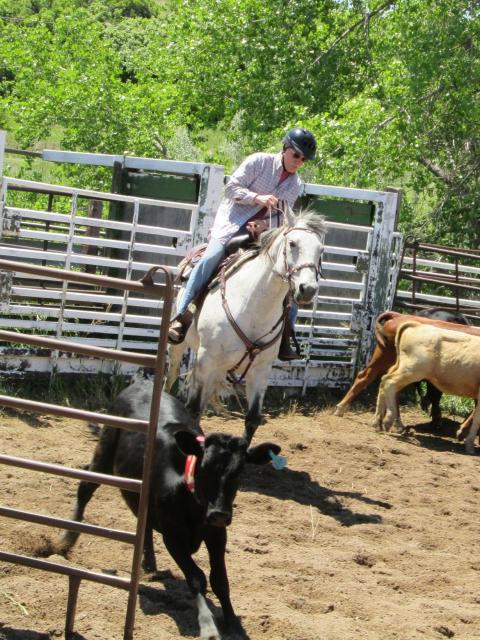 5 thoughts on “Amidst the Chaos”