It’s been over a week since Tigerlily lost her baby, but it seems like an eternity. The poor girl had a rough time with a retained placenta, lots of penicillin shots, and finally a bout with mastitis, but hopefully she’s now on the mend. Thinking back, I’m glad I had a little time to hold her baby. We dried him off and cleaned him up well and I was able to cuddle him for a while. He looked asleep. He was so pretty! A beautiful red bay with roan spots with a little white tip on his tail. And he had one wattle. Just one. It was adorable. Phil said he was too cute to be allowed, so God had to take him back. I said he’s going up to be with Cuzco, who is probably giving everyone in heaven a really hard time by now and needs something to distract him. Cuzco always hated baby goat season and timed his exit perfectly (so he thought). Apparently he’s not getting off so easy! Now the one-horned Wonder Goat has a little one-wattled sidekick to keep him occupied.

After Tigerlily lost her baby, Jim spent much of the next day with her. He petted her, talked to her, comforted her, offered her treats, and just generally kept her company. She appreciated it. It was a hard day for everyone. 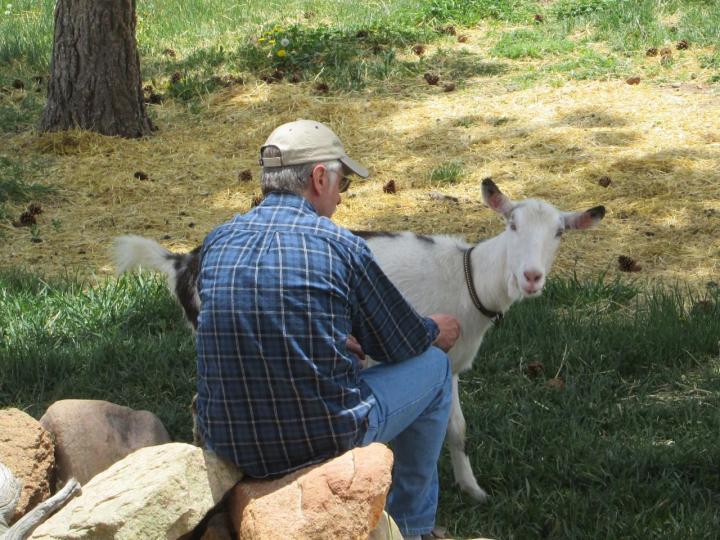 In the sadness over losing a kid and the work of trying to nurse Tigerlily back to health I didn’t get around to posting our recent photos. It’s good to look back over the last couple of weeks and see how much happiness we are blessed with. There is truly a lot more joy than sorrow around here!

While Jim and Lois were in town we had a baby goat party on the couch and watched the movie, Artois the Goat. 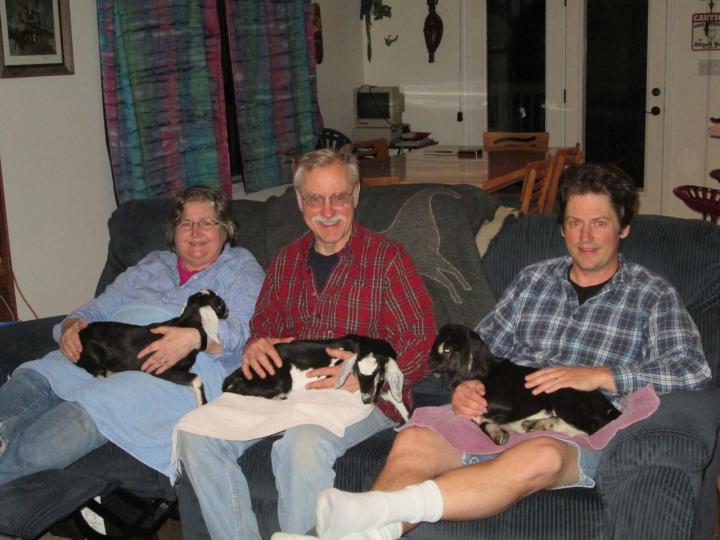 Lois bonded with Sox on the “rox”. 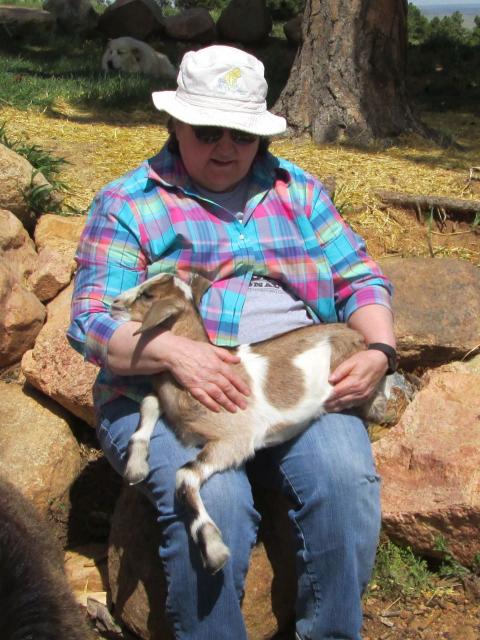 There are plenty of babies to go around! 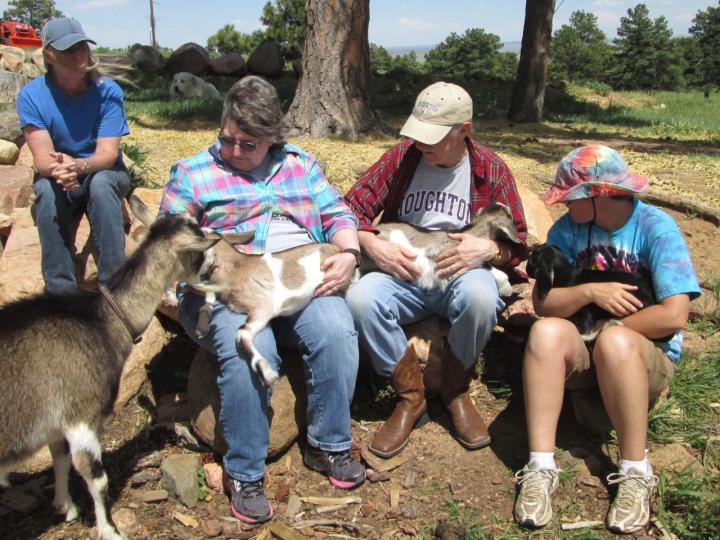 My parents visited while Jim and Lois were here and my dad got goated! “Get him, Tornado!” 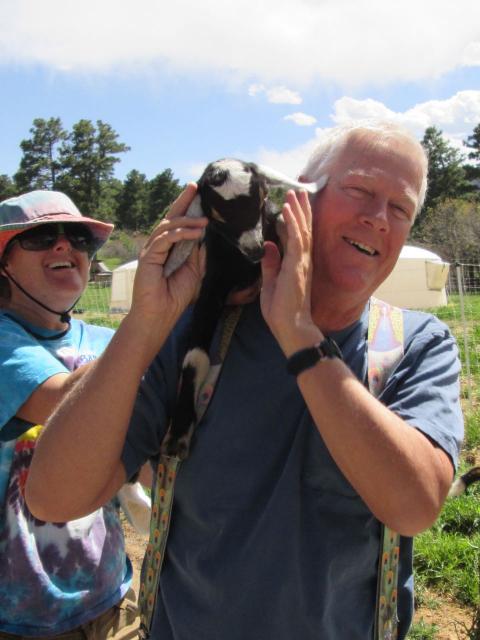 My dad doesn’t hold baby goats, so I made sure he at least got a few kisses. 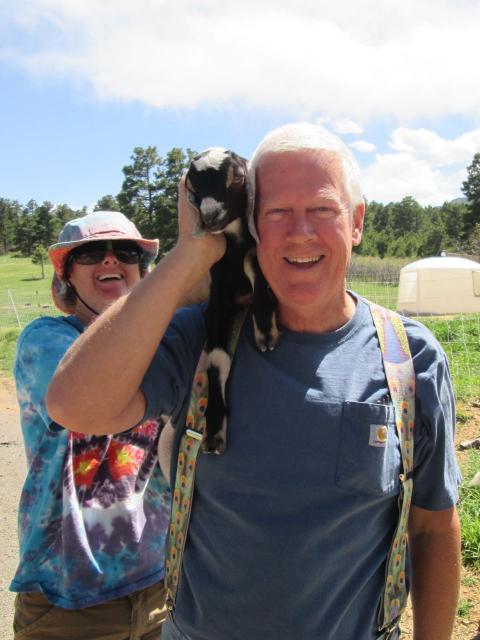 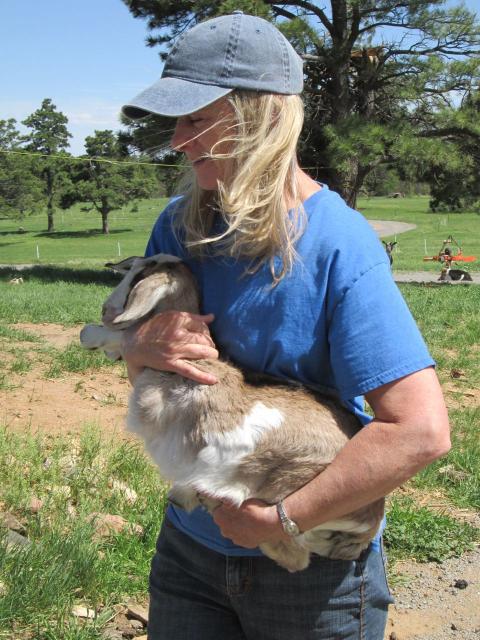 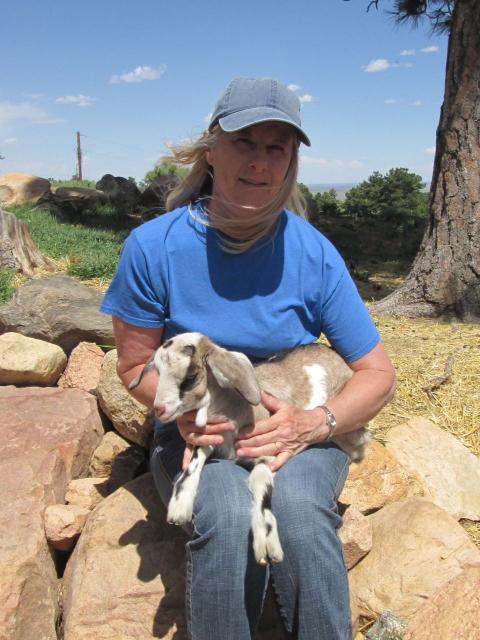 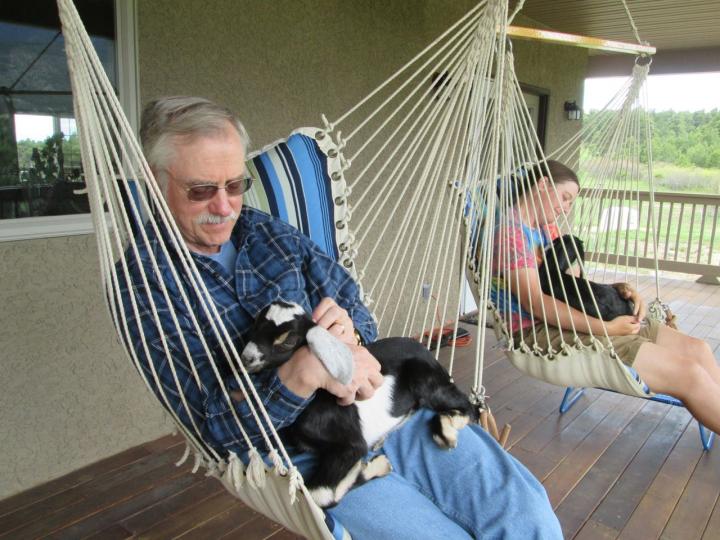 Storm is the friendliest and most curious of all our kids this year. 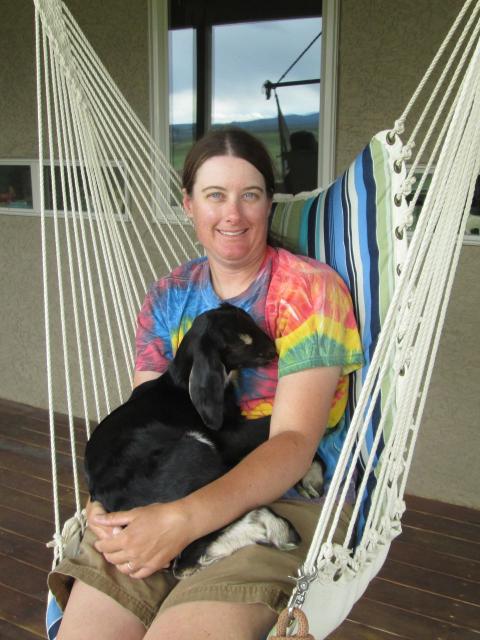 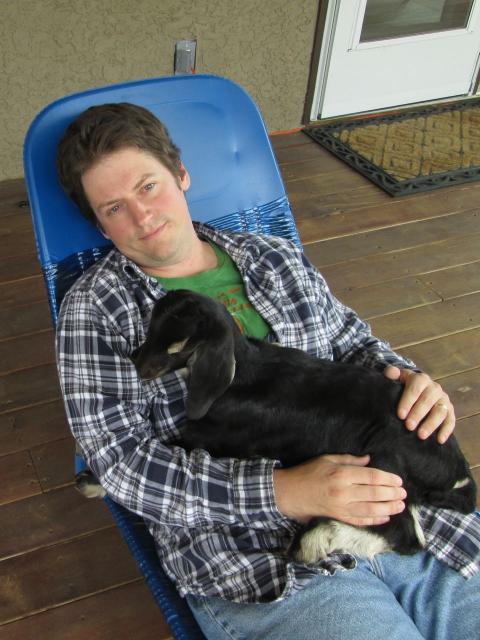 1 thought on “Bouncing back”