I’m sitting in the office with Max on my lap as I type. He’s such a sweet, friendly, happy baby. He follows me like a shadow and loves to be picked up and held, but I’m afraid these days will be over very quickly. He weighed in at 18 lbs. on his 2-week birthday! He’s one of the fastest-growing kids we’ve had yet! I have a feeling this one is going to love going for hikes when he’s old enough. He’s an explorer, and he’s just as happy to be with people as with his mama. And what a cutie! He’s going to be a very handsome fella one day.

But enough about Max for the moment. I’ve barely shared any photos of our two new kiddos yet!

Honey Pie and Prudie are a little more skittish than Max and Sadie, but they’re coming round quickly. I was busy organizing a horse show the weekend after they were born so they didn’t get quite as much early attention as the other kids. But we’re making up for it this week! 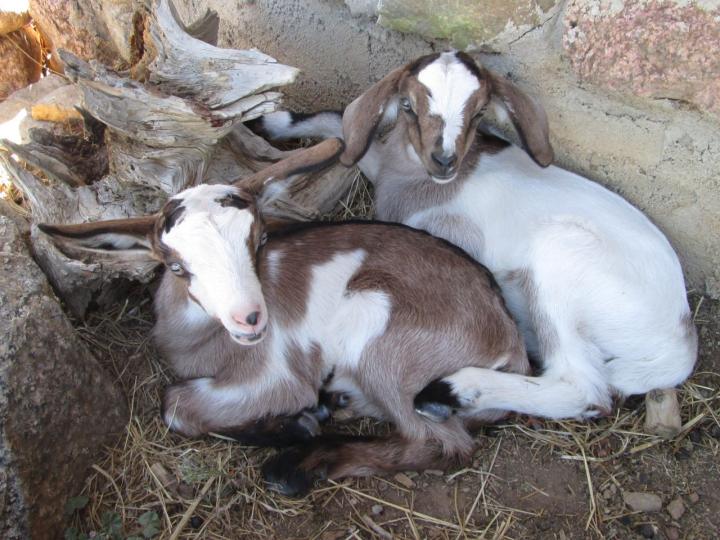 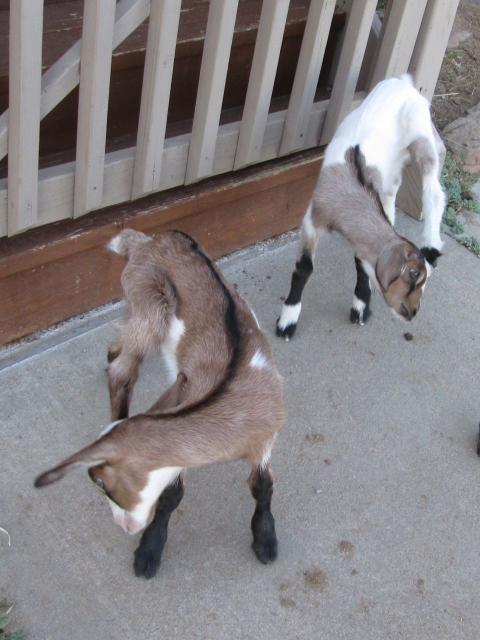 I’m kicking myself that I didn’t get any photos of Pie when she was 2-5 days old. For those three days, her ears stuck straight up above her head and then flopped over the front like a Fox Terrier puppy. It was the cutest thing! I guess I thought they’d stay like that a while longer. But alas, they stiffened up and now they just stick out, which is still charming but not quite as unique. 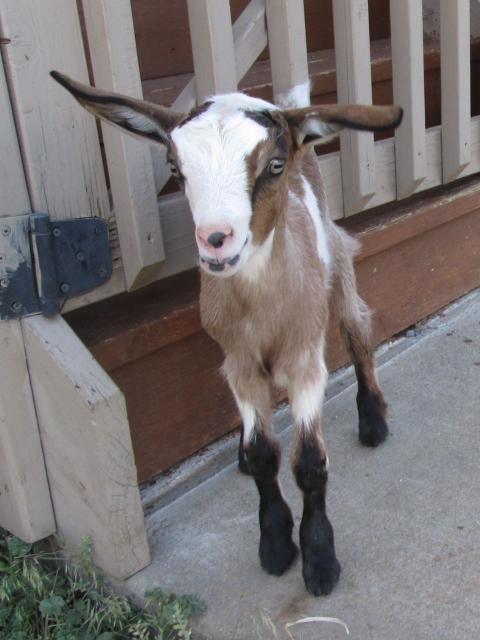 I can’t get over Prudie’s coloring! Where did she get all that white? She looks like a little Boer cross. And no, my neighbor no longer raises Boer goats, so there was no mistake in the parentage. She’s just a fluke. 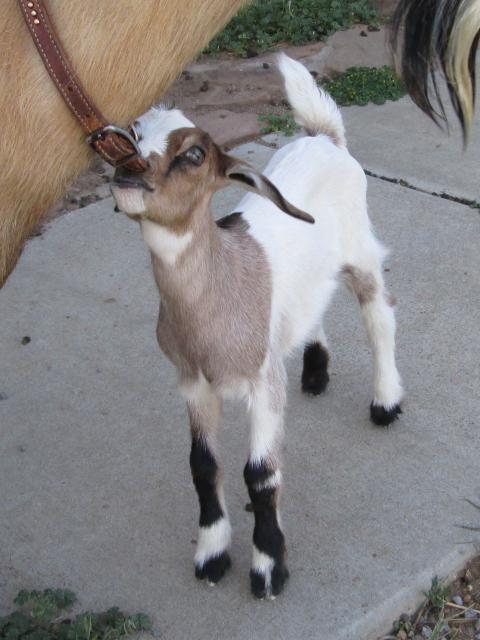 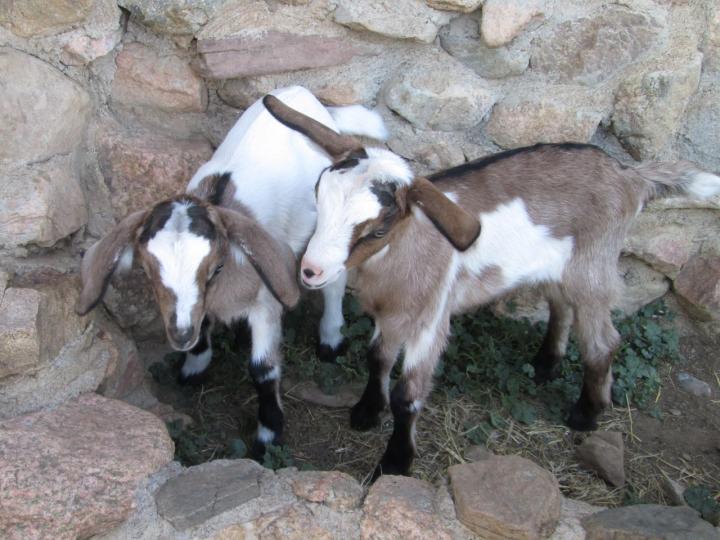 We’ve been bringing these two in for movies on the couch in the evenings now. Max and Sadie would like to keep being “house babies” a while longer, but we need to tame down these two new ones before they get big. I’d love to have all four in at once for a real baby goat party, but that might be pushing things. I’m sure if we give it a try there will be stories to tell. 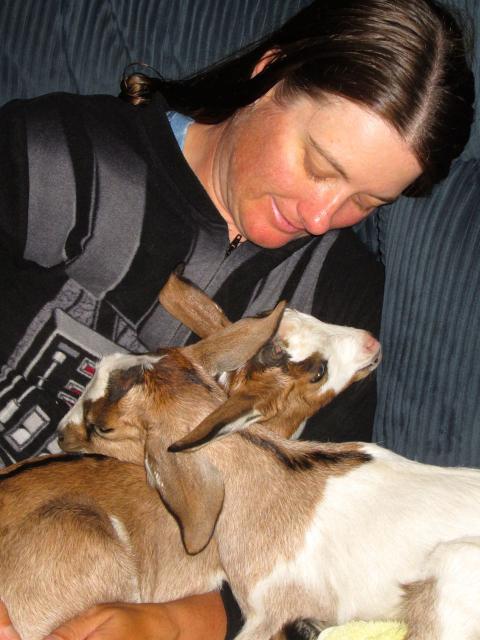 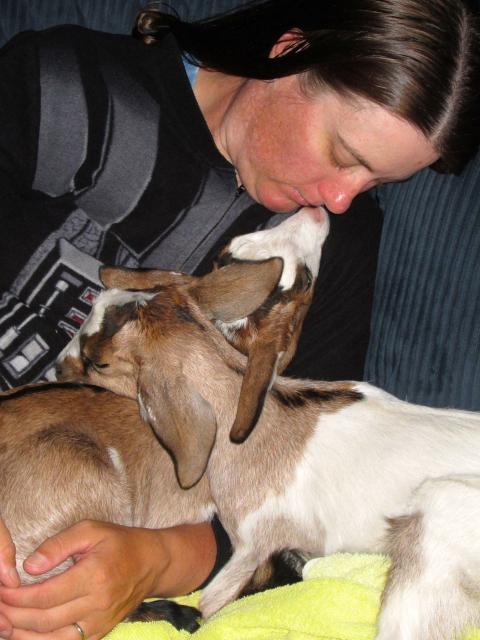 TinCup took her kids for their first walk with us on Tuesday. They had a great time! 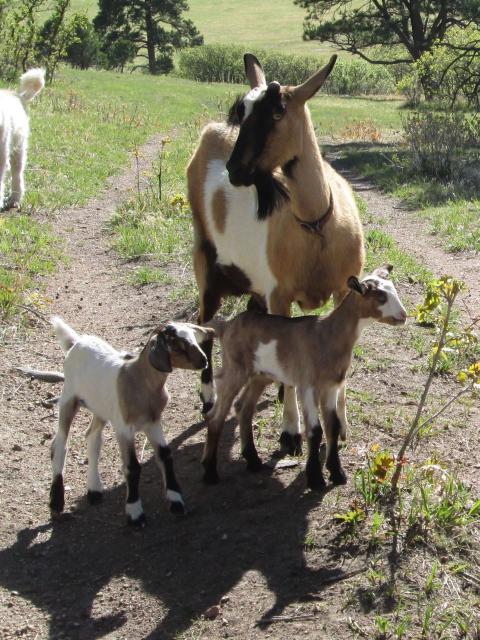 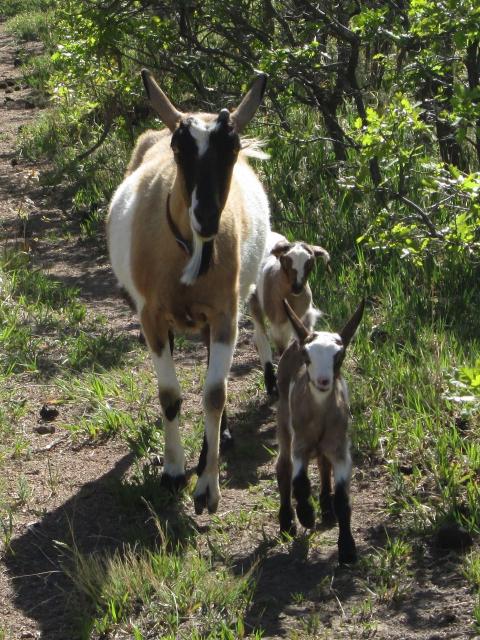 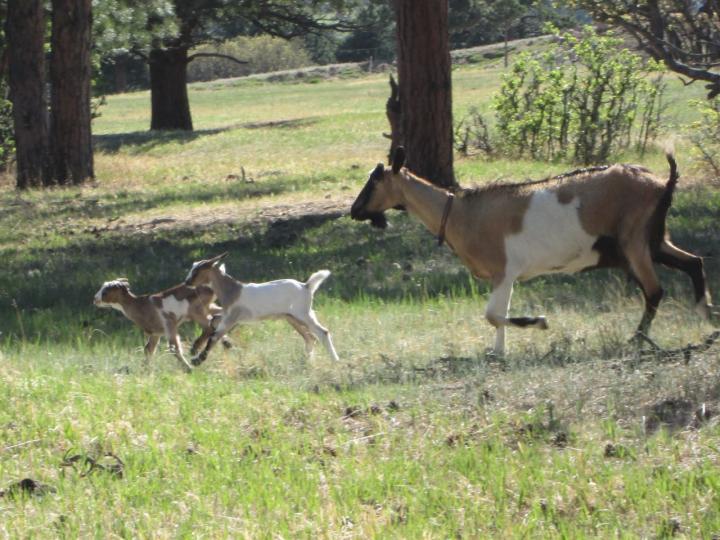 Max and Sadie are two of the sweetest babies we’ve ever had. I just love these guys and I hope we can find amazing homes for them. They’re going to be awesome goats for someone. They’re bursting with playfulness and they can’t get enough of people. 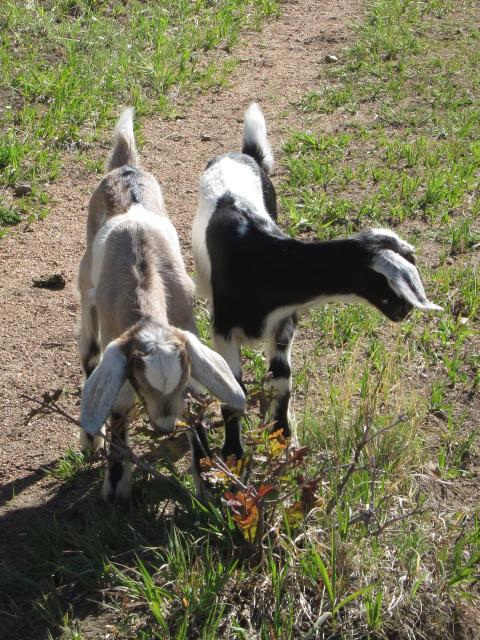 Finn and Sputnik haven’t gotten much attention lately. We’ve been much too focused on the new little kidlets. But maybe this weekend we’ll be able to get them out for a hike and/or a drive. I’m curious to see how Finn’s harness fits. I feel like he had a pretty big growth spurt recently, but maybe I’m imagining it. The harness will tell us the truth! 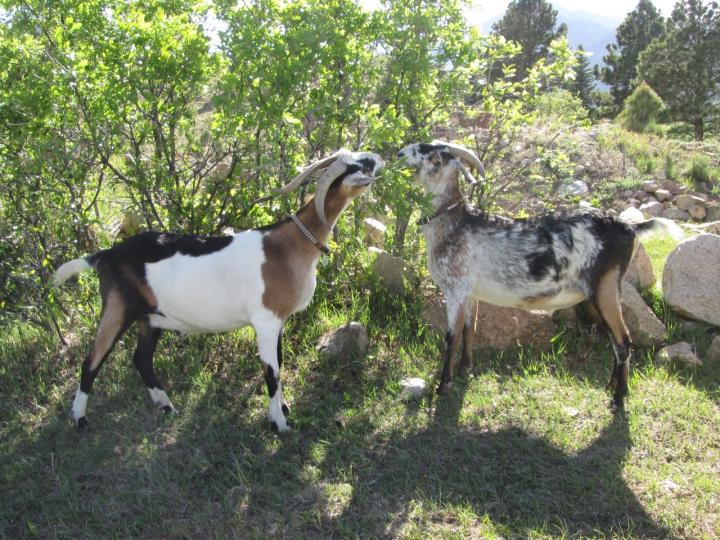 Max is king of the rock! 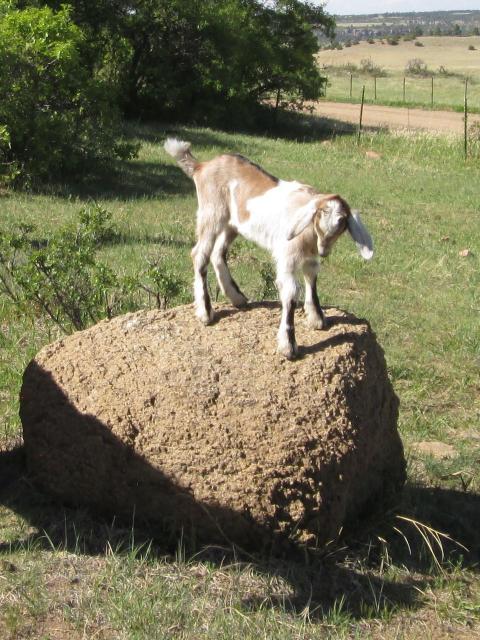 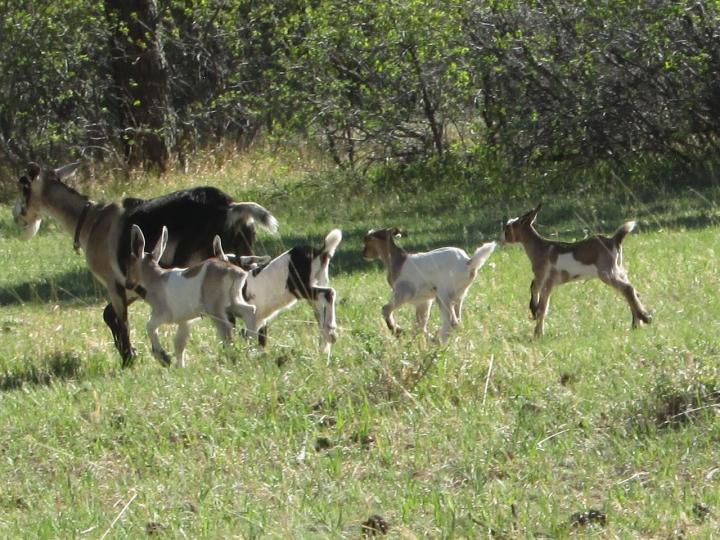 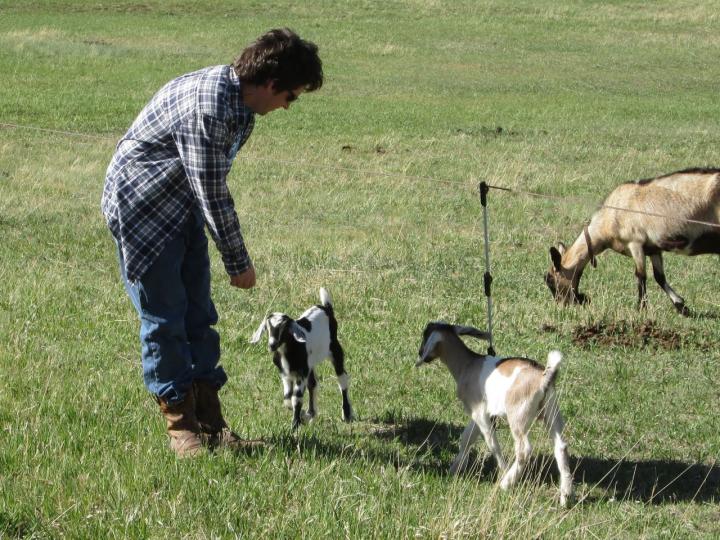 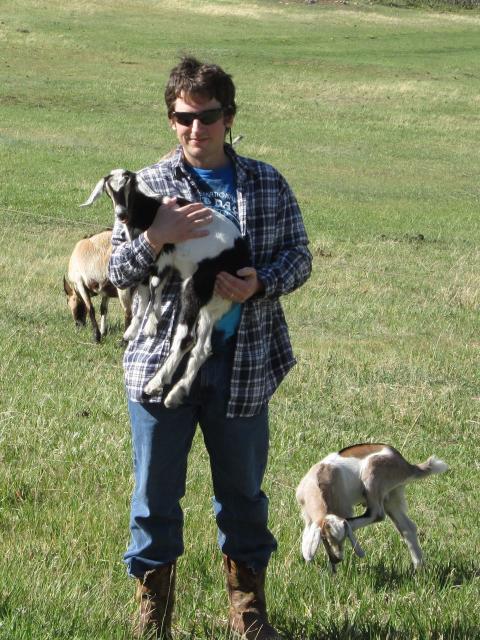 There’s a reason we named this one “Sexy Sadie”. She’s a real looker! 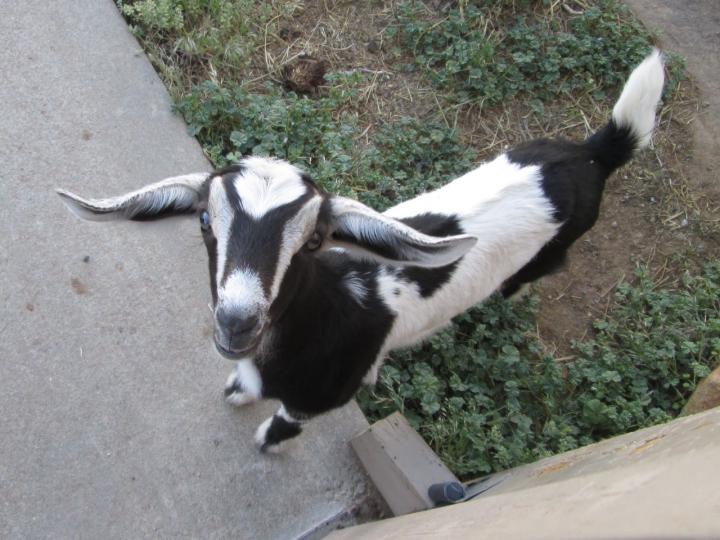 3 thoughts on “Covered in Kidlets”