After the obstacle competition, Phil took the kids and goats to the other end of the arena to do a ribbon race while I tallied the scores. It was hilarious! The kids paired up and had one goat between them. They lined up at one end of the arena and there was a bucket full of ribbons at the other end. They had to race down to the bucket with their goat and one kid held the goat steady while the other tied a ribbon to its tail. Once the ribbon was secured they had to race back.

I did not have a good view of the race from my seat because the truck and trailer that comprised the final obstacle blocked much of the scene. However, I could see the start and finish lines, so I got a brief but hysterically funny glimpse of Sputnik as he tore off at top speed with a kid sailing horizontally behind him in classic Superman-style. The kid was making a downward arc toward the dirt when they disappeared behind the trailer. Sputnik appeared almost instantly on the other side of the vehicle dragging a leash with no kid on it. Soon afterwards both his kids came out from behind the trailer, one of them dusting his pants as he ran. Sputnik waited for them near the bucket where they caught up to him, got the ribbon on his tail, then turned to run back. But as soon as it was time to run, Sputnik took off full blast and once more left his companions trailing behind. He crossed the finish line alone and was disqualified. But I think he may have had the most fun of anybody. 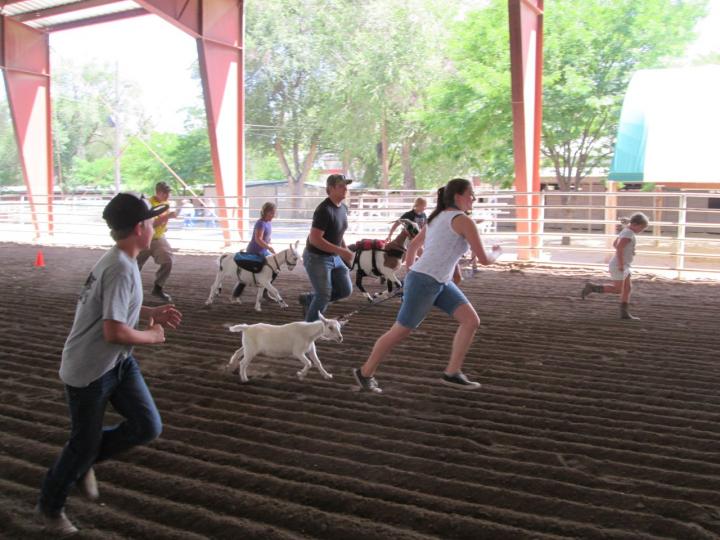 Here are the kids, tying ribbons to tails before dashing back. 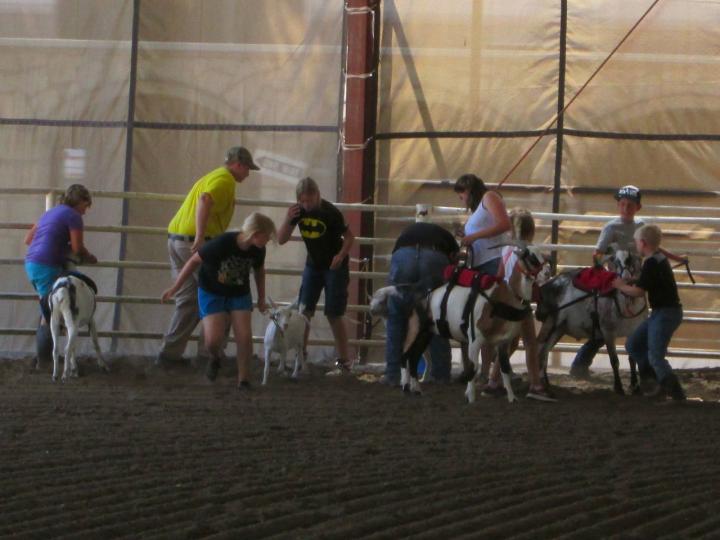 And here are the winners of the ribbon race! Finn and his kids were in second place but the ribbon fell off Finn’s tail less than ten feet from the finish line and they were disqualified. So much for my “speedy” packgoat boys! They were beat by a girl, and a baby one at that! 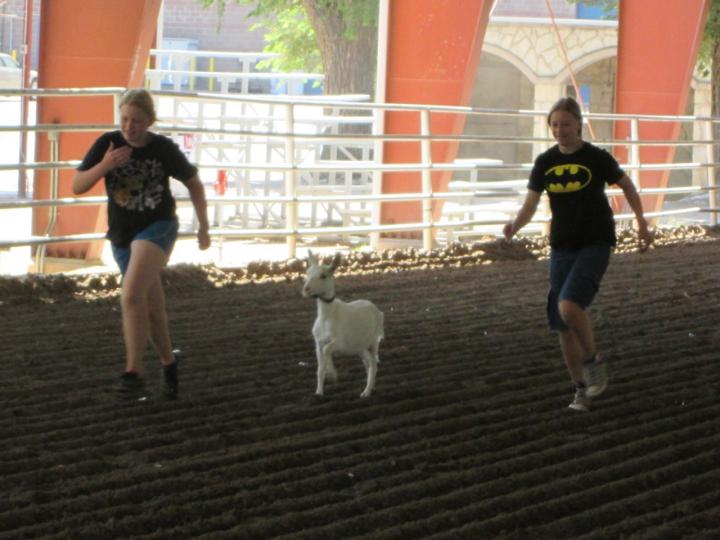