Well, it’s official: we now have definitive PROOF that Cuzco is an incurable PYROMANIAC!

Tonight he very nearly immolated himself when he stole the fire that Phil was in the process of lighting. It happened like this: Phil crumpled up the paper for the campfire while Cuzco, as always, peered over his shoulder and micromanaged the operation. Phil pushed him away and proceeded to light the paper, but Cuzco would not yield. Phil thought that Cuzco would back off when the paper was lit, but boy was he wrong! As soon as the paper went up in flames, Cuzco snatched it and took off across the yard and beyond Phil’s reach. The paper continued to burn and Cuzco refused to drop it as flames engulfed his head. Phil was afraid Cuzco’s hair would catch fire and he might set our yard ablaze, but thank goodness he finally came to his senses and dropped the fireball on the grass where Phil stomped it out.

Cuzco’s entire face is quite singed. With his blackened nose, he looks like one of those cartoon character bums with the heavy five-o-clock shadow. 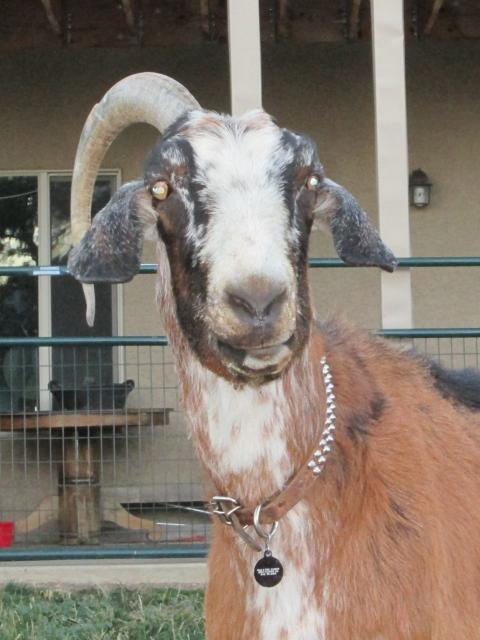 All the hair has been scorched from his nose and lips and the skin is shiny but does not appear damaged. He was obviously sore because he did not come back and hang over the campfire as usual. He started to, but then he began licking his lips like the heat hurt them and he backed off and kept his distance for the rest of the evening. I rubbed aloe gel on the blackened spots after he finished his dinner (the burn did not seem to dampen his appetite). 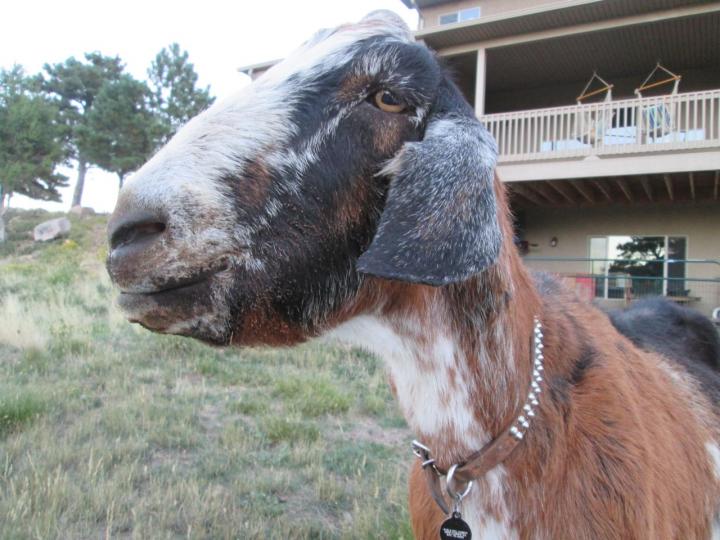 All of the whiskers on Cuzco’s muzzle, chin, and around his eyes are completely burnt off. His eyelashes are singed, the fringes around his ears are shriveled back, and the hair on his cheeks is all burnt brown and curly. But for all that, he seems rather proud of himself. I hope this does not become a habit! 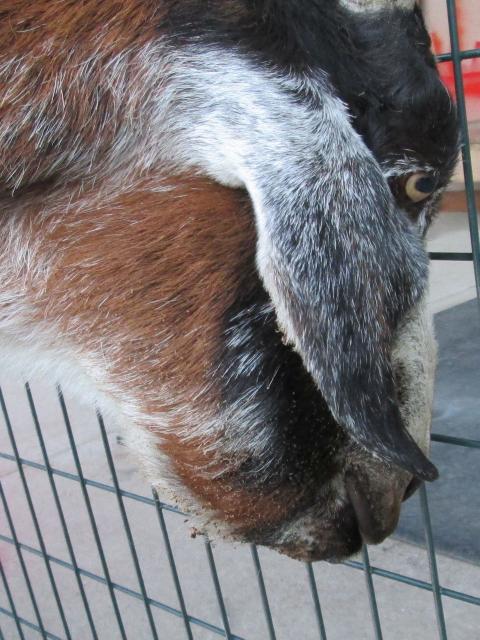 We were not able to get a picture of the actual conflagration, but Phil was able to fix up a creditable image of what it looked like: 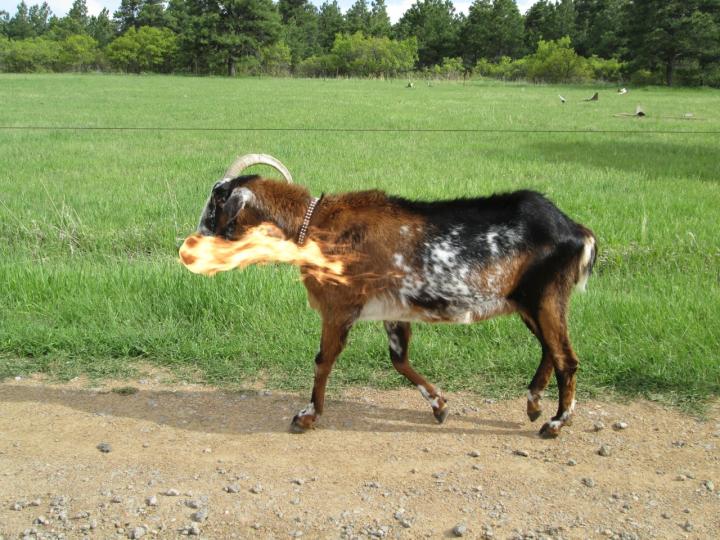 Oh, and Cuzco’s incineration did not dampen his love of music. He ventured back over to the fire as soon as Phil broke out the fiddle. 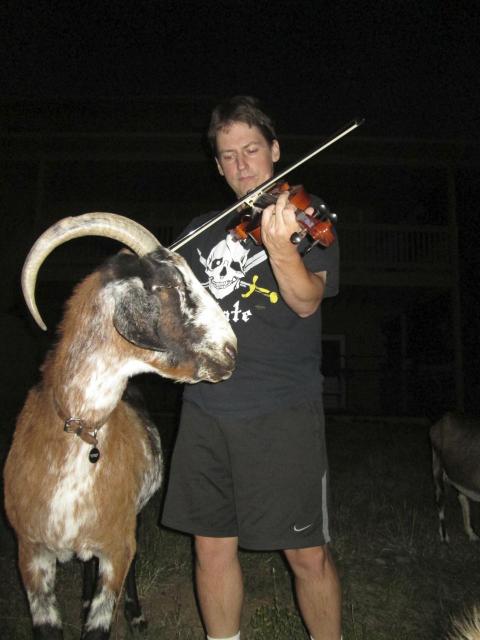 1 thought on “Cuzco the Caprine Fireball!”