I still have a backlog of photos from early July. Max is really coming into his own these days and I think he’s going to make a marvelous packgoat when he grows up. I’ve only taken him out on a few hikes, but he acts like he was born to do this. He’s adventurous, he loves people, and he’s got the gung-ho attitude that every packgoat prospect should have. And did I mention he’s also handsome? Max is one of those goats who looks good and knows it! 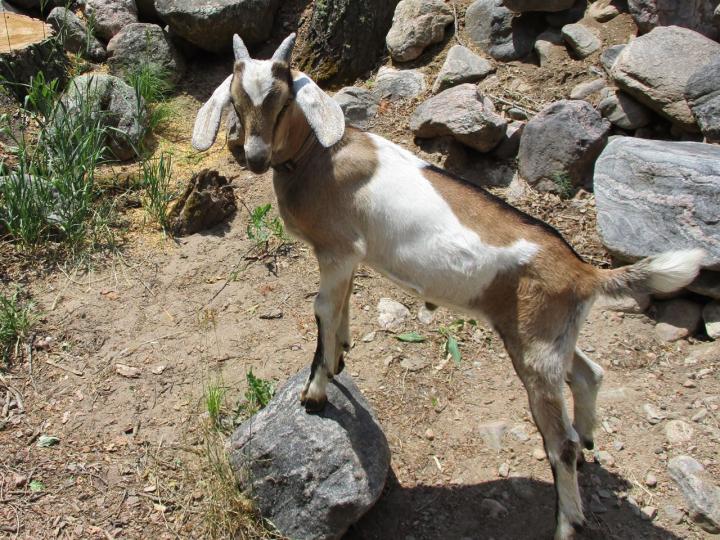 Yep, there it is–The Pose! 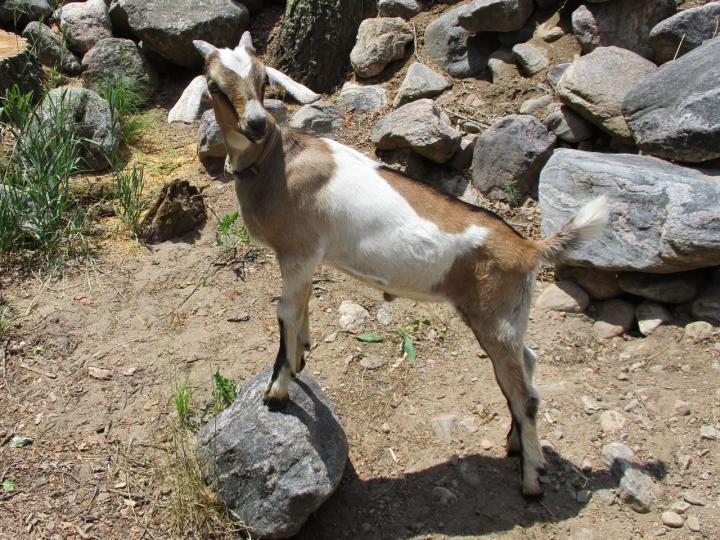 First water crossing. He barely hesitated and managed to keep his feet dry. He splashed into the water on subsequent crossings and didn’t seem to think it was a big deal. 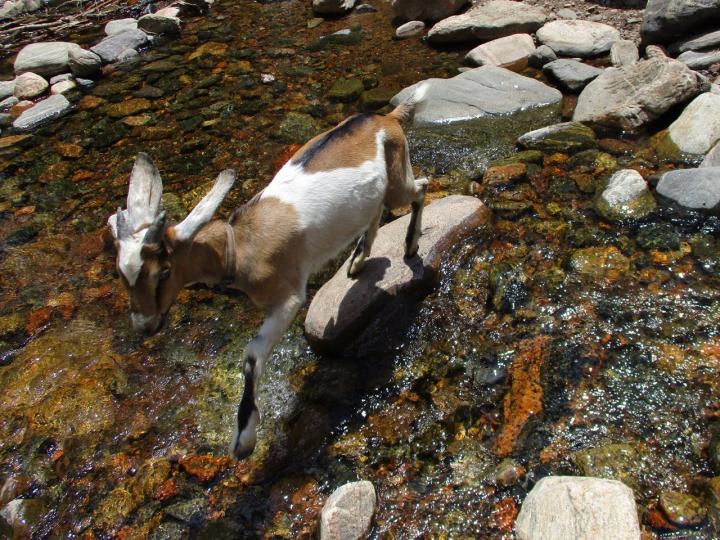 I went hiking with a couple of friends and Max quickly became good friends with Johanna. He decided she was “his person” and followed behind her on the trail instead of me. She fell in love with him too and wished she could take him back to college with her. 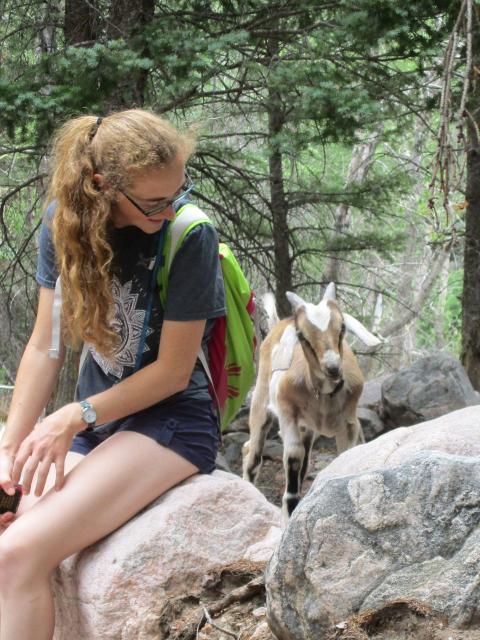 Phil and I decided to take both Max and little Sarge with us a couple days later and see what Sarge was made of. They are quite good friends despite the age difference and significant size discrepancy. 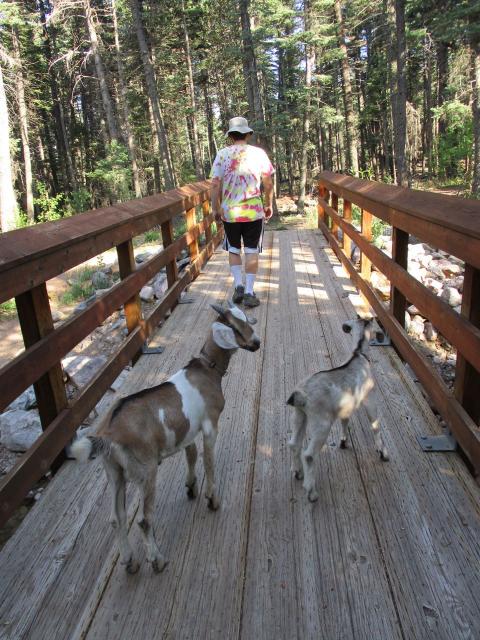 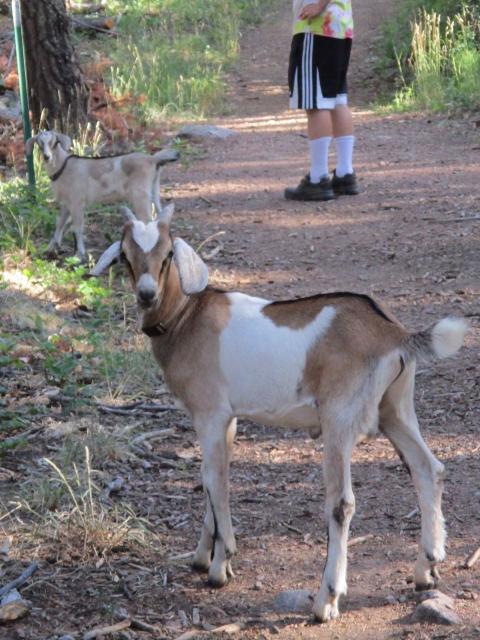 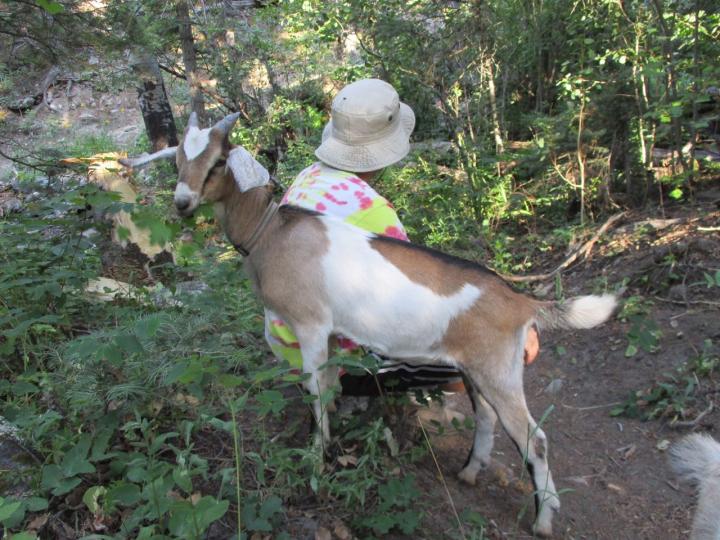 “Are you spoiled rotten, Max?” 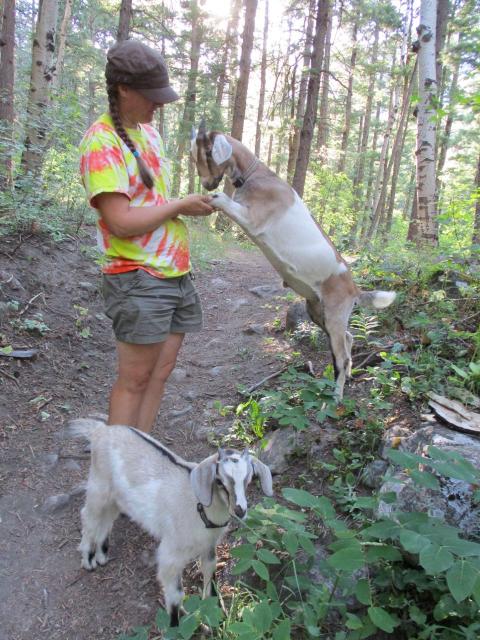 This was Sarge’s first time away from his mom and he didn’t seem to miss her at all–no crying or fussing. He was ready for adventure! 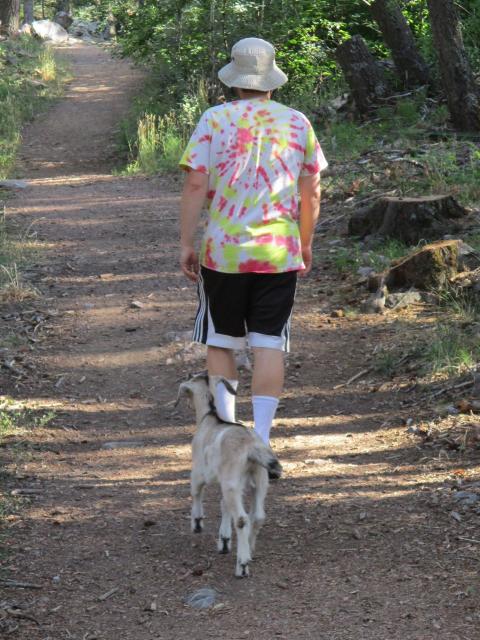 Sarge is almost too cute to be allowed. He’s like a fluffy little stuffed toy. But don’t tell him that! He’s every bit as rough-and-tumble as Max and wants everyone to take him seriously. Small and cuddly as he is, he wants to be treated like a big boy! 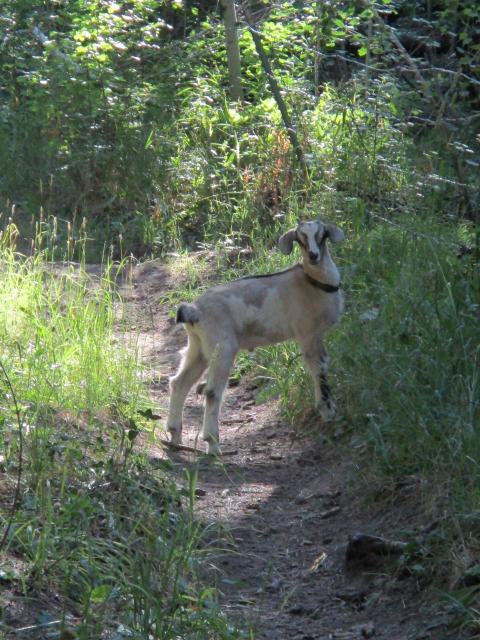 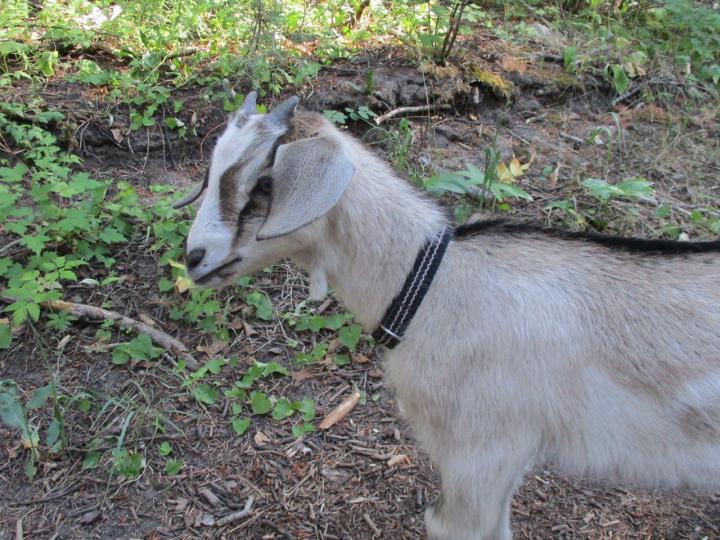 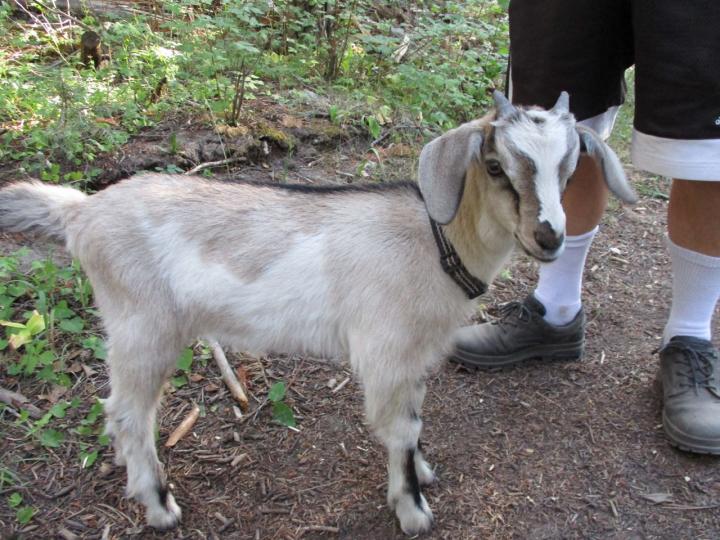 Sarge was a little trepidatious about his first water encounter. But Max showed him how it was done and he soon followed. 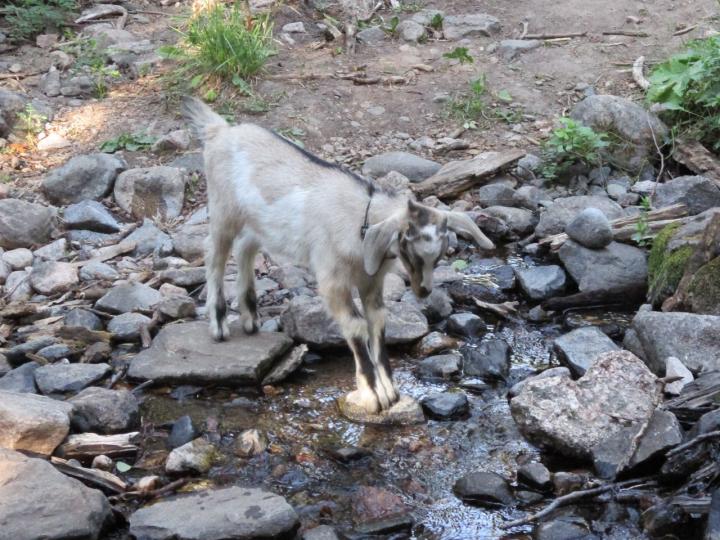 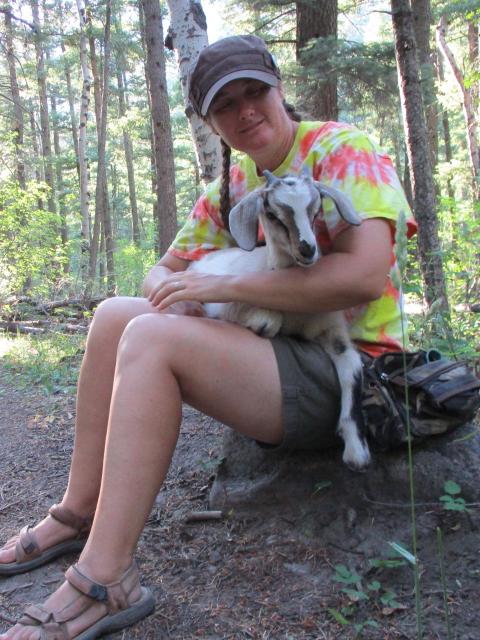 I’m not sure what happened with that ear, but it amused Phil and I for almost five minutes before Sarge finally shook it down off his horn. 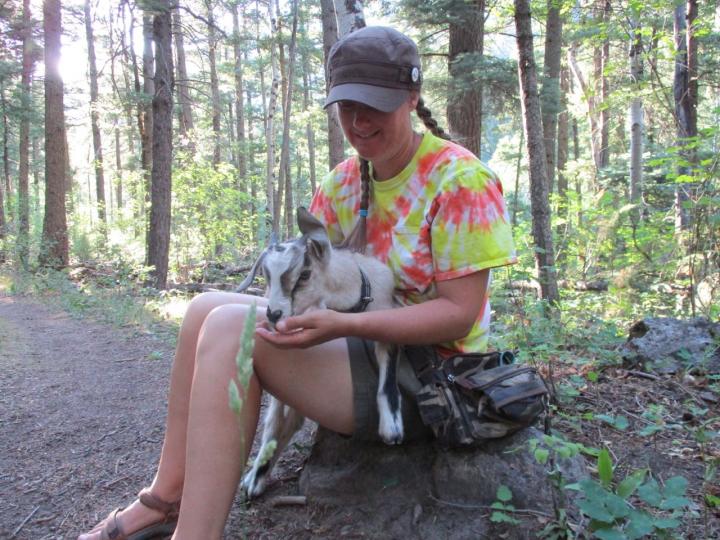 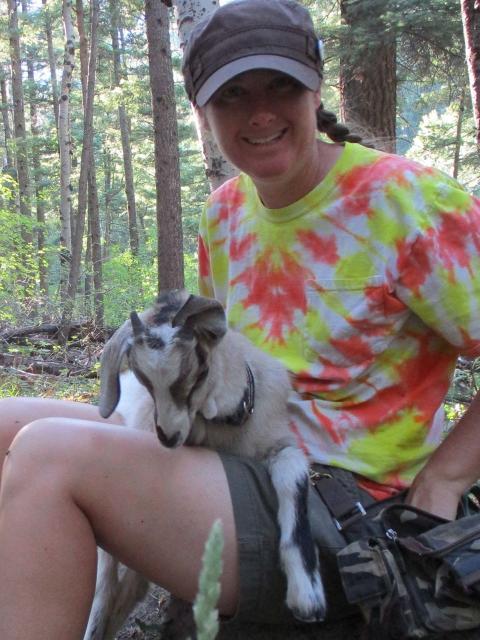