Yesterday Phil and I took Pedro and Napoleon for their first hike together just the two of them. I believe they’ve found a new home beginning in October, so I’d like to spend as much time as I can with them for the few more weeks they’re here.

These two recently began to take notice of each other after Napoleon had a large and sudden growth spurt that put him within range of Pedro’s size. There has been a good bit of head-knocking between them lately, which tells me they will most likely be fast friends before long. 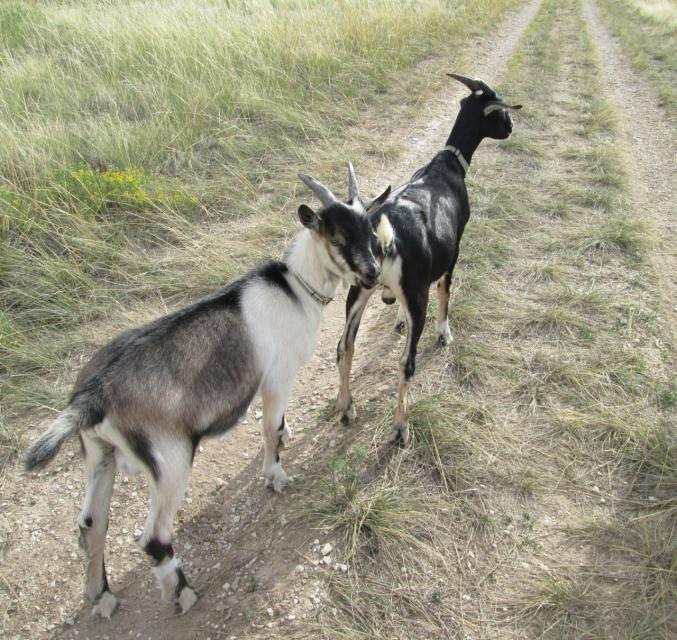 Napoleon is adorable but is starting to assert himself. I’ve had to correct him a few times recently for sneaking up from behind and savaging my pant legs with his horns. There’s just something about that opening at the end of my shorts that is incredibly inviting for little horns! Pedro went through the same phase in July but learned very quickly that attacking people’s clothing is off-limits. 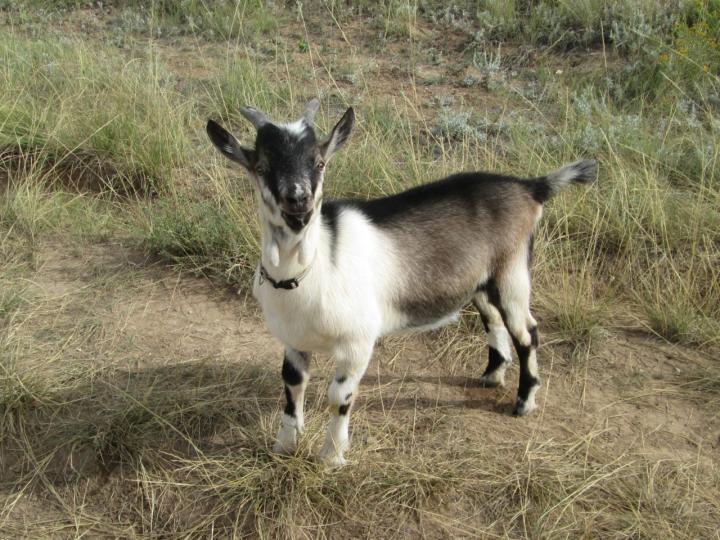 Pedro is as sleek as Napoleon is fuzzy. 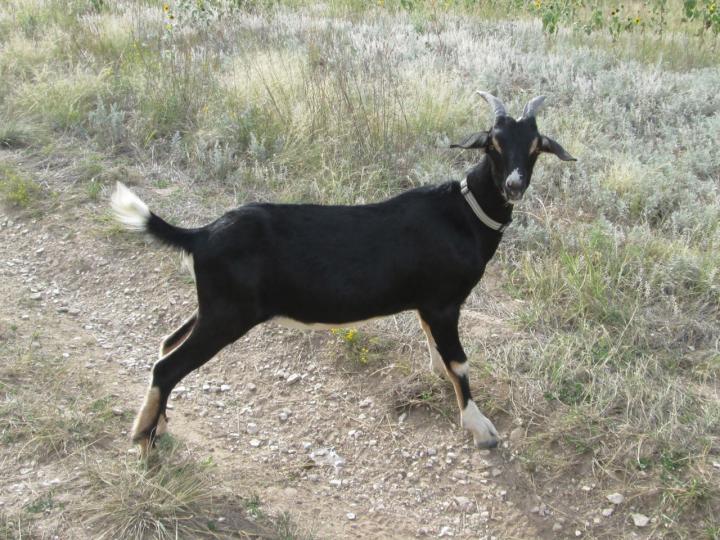 We had one incident in which the boys wanted to take a different trail, and it brings home to me how well goats memorize their surroundings. These boys have never been to this place before, but as we hiked back to the truck they knew the right trail to take. About half-way along the road there is a fork where you can take a scenic detour loop that winds through the oak near a ravine. This is the route we always take when we head back. The boys stopped at the fork and tried to convince us we were on the wrong road.

“This is NOT the way we came, you guys! You’re taking the wrong fork!” 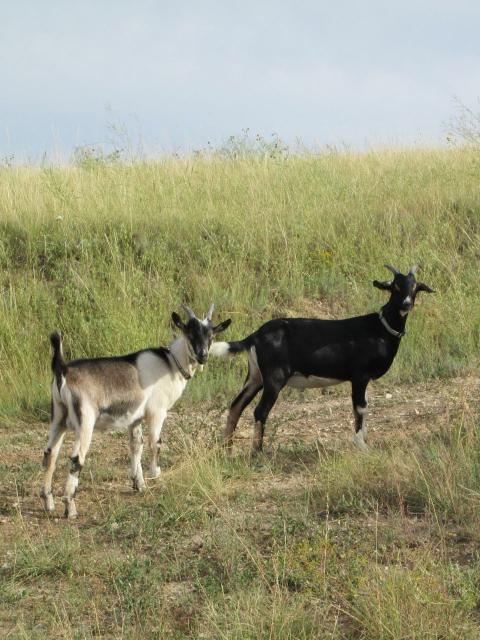 We kept walking and eventually they gave up and came flying down the “wrong” trail with us. I’m sure they were happier in the end–the scenic route has more stuff to eat! 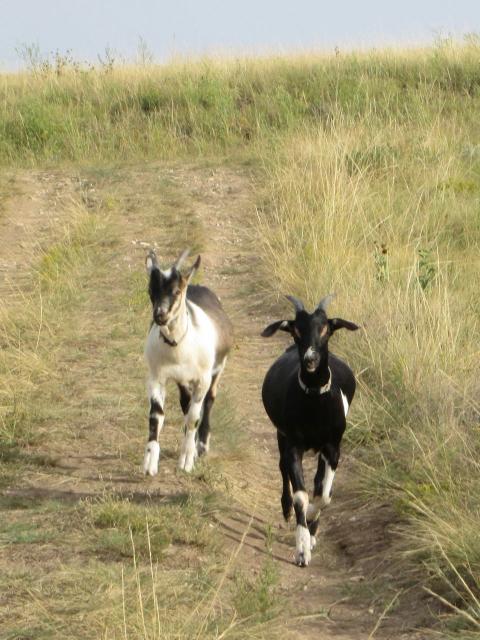 My Men in Black. 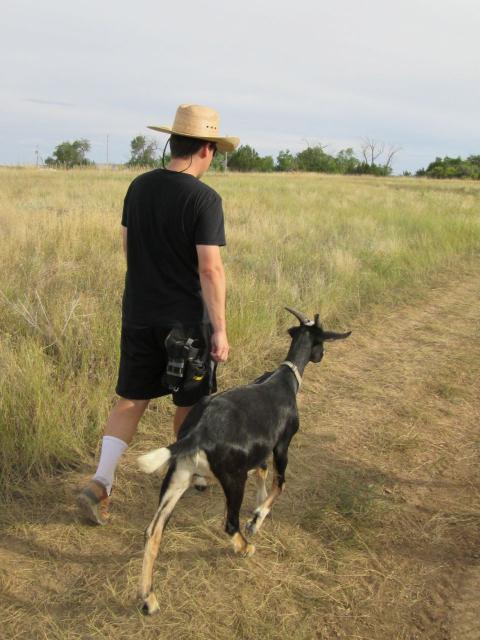