Don’t be jealous–Phil and I drove goats today! Finn and Sputnik haven’t been driven since Christmas time, and they haven’t pulled their single carts since sometime last summer I think. They did awesome and we even staged a couple of short races down the straightaway. I could tell that all the people driving by on the highway were green with envy. 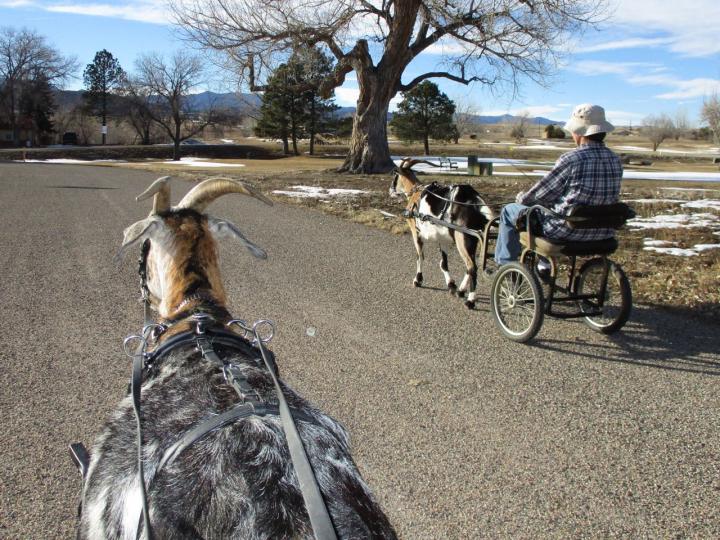 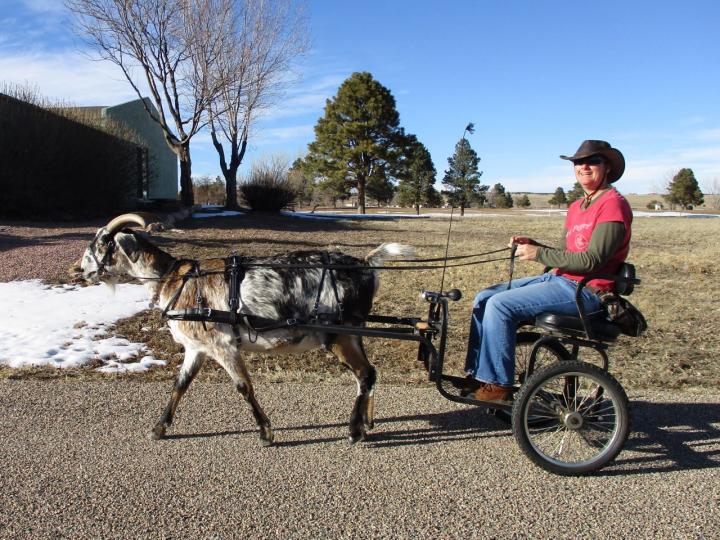 After we drove goats, I stopped to pick up something at the saddle club. It was muddy down there. VERY muddy. I started down the hill toward the arena on foot because I knew the truck would get stuck if I drove to the gate. About the time I was beginning to think maybe this was a bad idea, and perhaps I should fetch the item another day, my foot slipped and down I went, KERSPLATT! into liquid clay. Phil had a beautiful view of my acrobatic display from the warm, dry cab of the pickup truck. I decided I might as well walk the rest of the way to the arena because I couldn’t possibly get any muddier at that point. I was far too muddy to sit inside the truck. I had to ride in the bed with the goats. Luckily the thing I had picked up from the arena was a mounting block and it made a good seat. Once home, I stripped down outside and tossed my clothes over a plow blade so I could hose off the chunks of congealing mud. What a great day! We had a fabulous time goat carting, and we ended it with a hilarious new episode of “Disaster Wife” (one of me and Phil’s inside jokes).