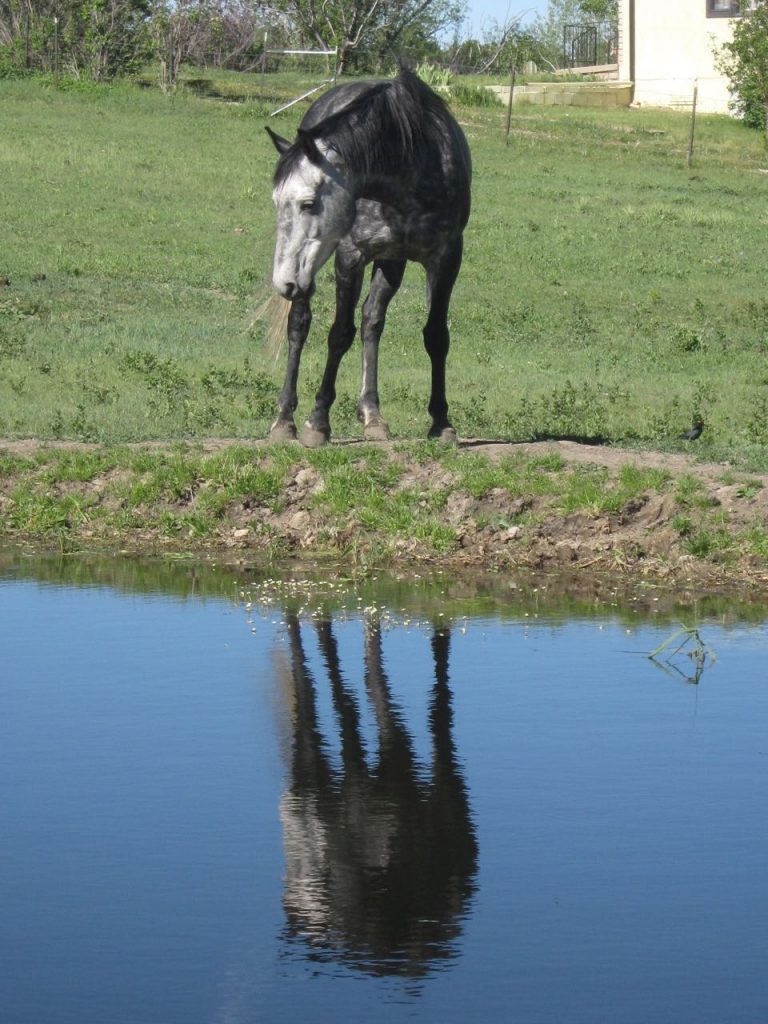 As I look back on 2018, I see a year of contrasts: Joy and Sorrow; Gain and Loss; Triumph and Tragedy.

We started the kidding season early with Skeeter and Blackbird arriving February 1st and providing endless entertainment on long winter nights as we practically turned them into house goats. We’ve had a lot of fun baby goats over the years, but those two were in a league of their own! 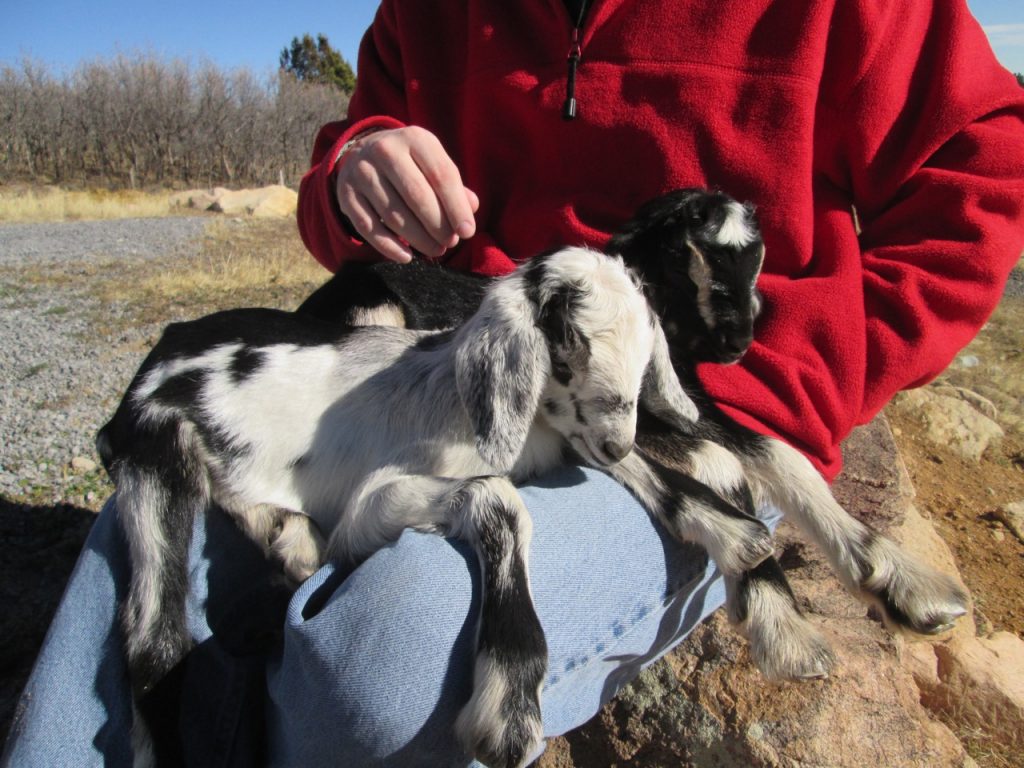 In March I took my horse Jet to Denver for an obstacle competition at the Rocky Mountain Horse Expo. We didn’t win, but we had a blast and Jet got to be the star of a clicker training clinic. He hammed it up and won the hearts of both the trainer and the audience. 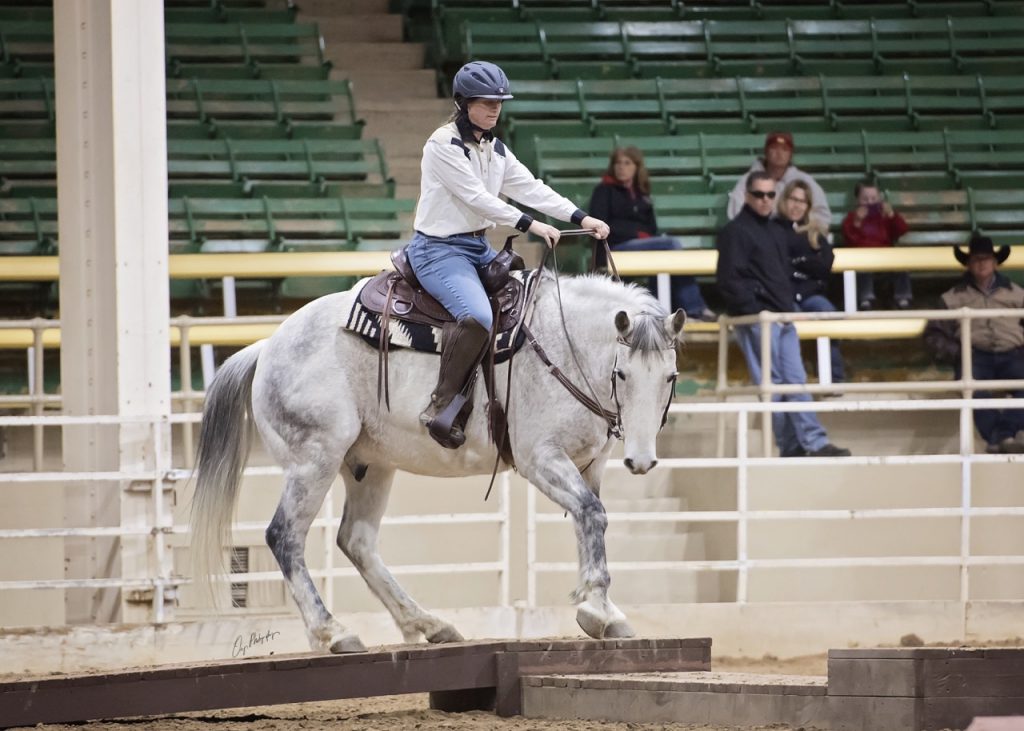 We returned home in high spirits, only to be met by the news that Tigerlily was miscarrying a month before her due date. There would be one less sweet baby to greet at Goat-O-Rama. He was black with a white belt, beautiful white markings on his face, and speckled ears.

We had no winter. Aside from a single frigid night so cold it burst a water line, the weather stayed warm and barely any snow came. A few feeble shoots of pale grass poked up timidly in April and were met by hot winds. They were scorched brown and dead by May. The ground stayed hard and bare. On June 1st I hosted a state-wide horse show at our saddle club and the rain poured down so hard we had to cancel the show halfway through. It was the only day of moisture in a four-month span that stretched from mid-March to late July. 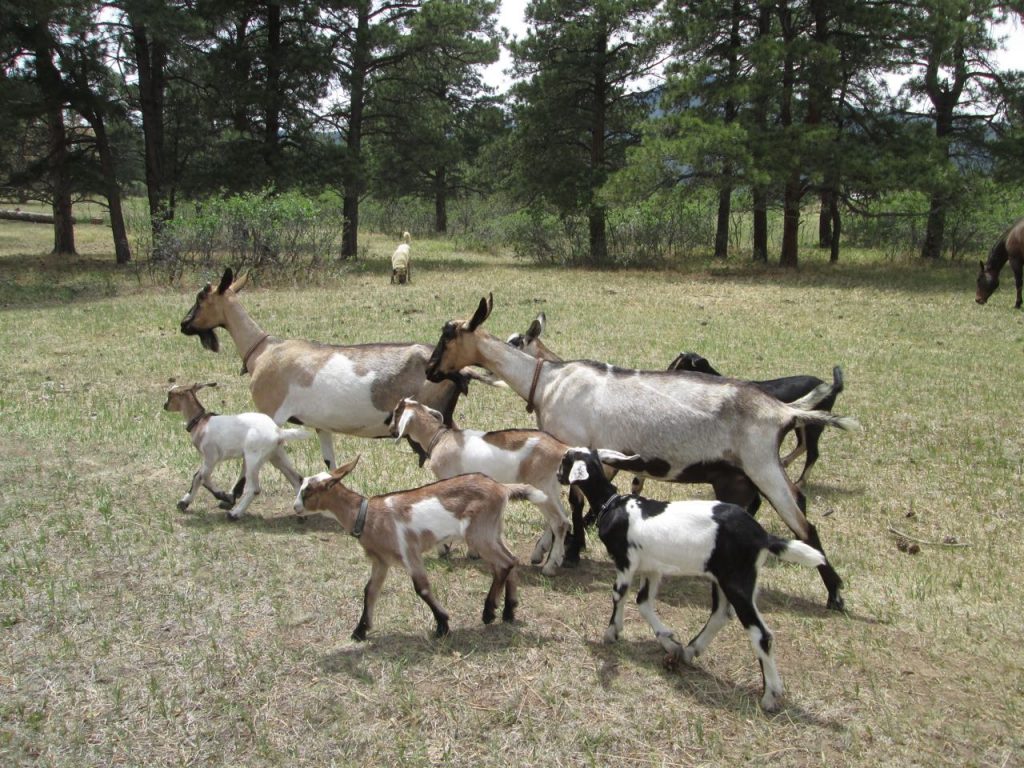 Heavy as it was, our single day of rain was not enough to relieve the drought. Within hours, the parched ground had swallowed all the water and there was no relief. One consolation was that it was too dry even for the insects. There were no grasshoppers, flies, or mosquitoes. The sky was brassy and trees began to die. I stopped turning on our electric fences, afraid they might cause a spark in the hot wind. We were grateful for the scrub oak. Grass for the horses was able to grow in the shade beneath it, and the oak leaves provided forage for the goats. Most of my friends were having to feed hay.

In June Phil and I drove to Idaho with Finn and Sputnik for the North American Packgoat Association Rendezvous. It was a wonderful time to catch up with old friends and meet new ones. It’s aways fun to see people in person who you mostly hang out with online. Pounding rain and hail almost flooded out our camp the first day and night, and the weather stayed cold and the sky gloomy all weekend, but it didn’t dampen our spirits. Phil and I had almost forgotten what soggy ground looked like! I was glad I remembered my rubber boots.

A few days after we got home, Phil and I took a walk at night to avoid the relentless heat of the day. I smelled smoke and the moon looked eerie and unnatural. There was a faint but suspicious glow over the southwest shoulder of our mountain range. It was the start of the Spring Creek Wildfire, which ballooned in size over the next few days as hot winds drove it through forests that had become dry tinder. The brassy sky rained ash on a parched earth, and the horrifying thought of being unable to get back home to evacuate our animals kept us from going far. One or two fires did break out closer to home, but thankfully they were put out quickly. 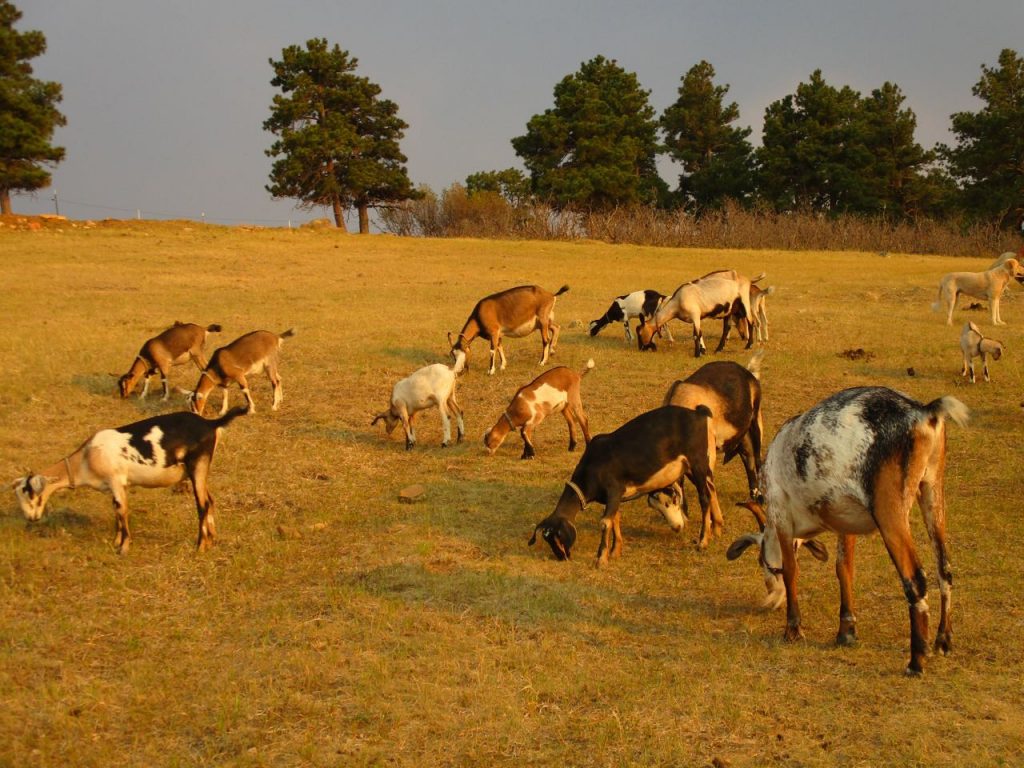 After something like ten months of drought, we thought we might never see moisture again, but around July 20th the rains began to fall–in buckets! Within two days, a sparkling emerald sheen began to creep over the crinkly brown fields. The patient, hardy mountain grass had been waiting just off the wings to come bursting on-stage at the first opportunity. I walked over brown mud in the early afternoon and a few hours later I walked again over the same ground, now covered with little green loops pushing through the damp soil. By next morning they had popped their spiky heads up. Within a few short days they were several inches tall and the pastures took on a softer look. 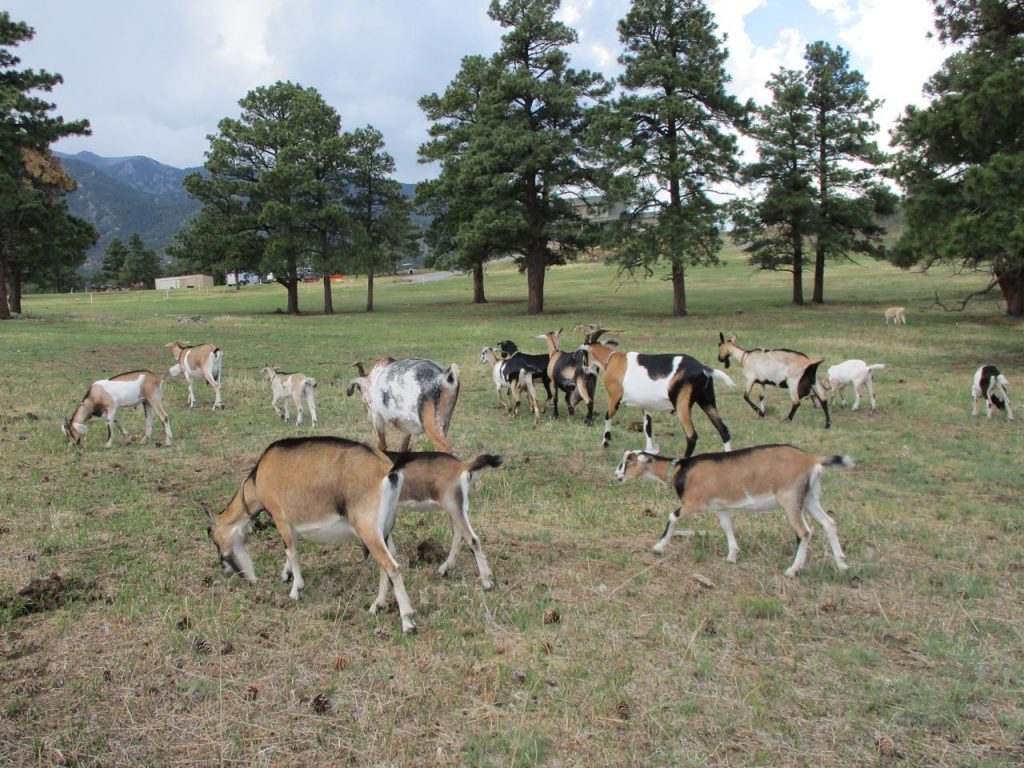 But the blessed rain brought unexpected loss. On July 25, Jet and I came home from a triumphant night at Salida’s Chaffee County Fair where we claimed the Gambler’s Choice Obstacle Challenge jackpot. Next day we were hit by a blinding thunderstorm and Jet was gone in an instant when a bolt of lightning struck his tree. He is buried beneath it and Phil and I commemorate him by placing a rock on his grave each day when we go for our walk. He was the last in a line of horses that has been with me since I was three years old. His great grandmother April gave birth to Tuffy when I was almost four, and Tuffy gave birth to Easter a few days after my tenth birthday. Easter was my first “very own” horse. Jet was Easter’s only foal and I may dedicate many of this year’s blog posts to him as he was a magnificent and multi-talented horse. My inability to say goodbye made his death harder than any previous loss.

I was grateful to have planned a 4-day backpacking trip with a couple of other ladies that started only a few days after Jet died. It cut short my grieving but it also gave me something totally new to think about. It was a wonderful trip and my packgoats proved themselves mightily, especially when contrasted with the fussy, high maintenance llamas that also came along. 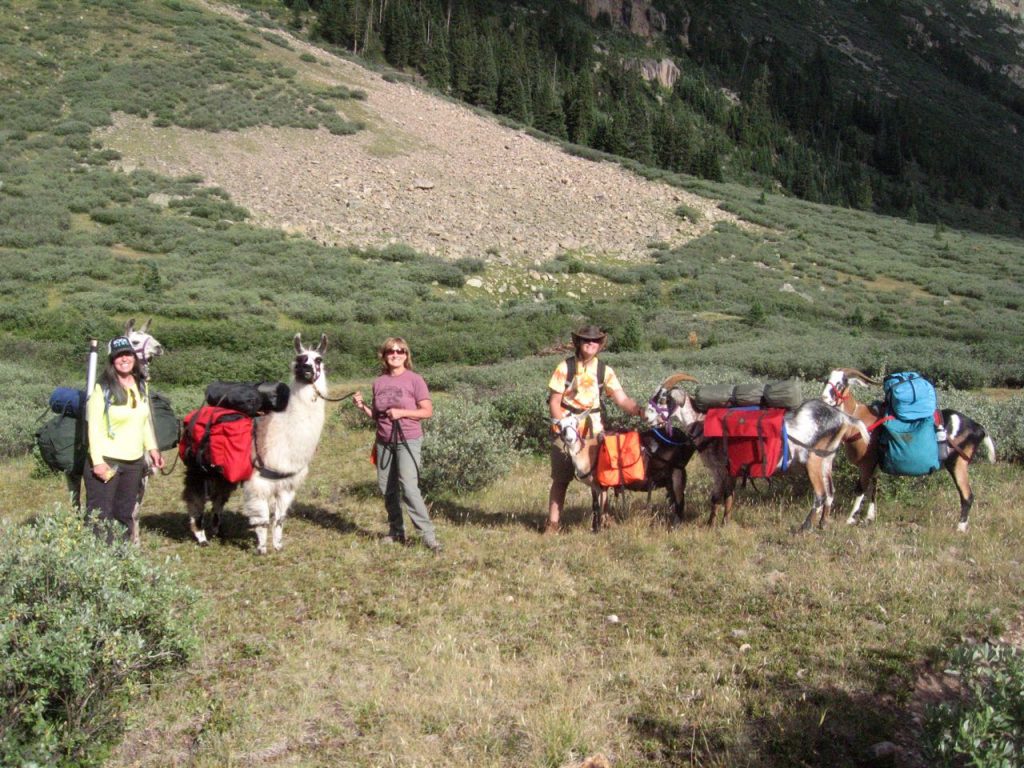 August, September, and October are a blur. After the backpacking trip my family and Phil’s vacationed on a houseboat at Lake Powell. We drove Finn and Sputnik in the Colorado State Fair parade. I sold a few baby goats and said goodbye to Nauti who was not thriving here. She went back to her original owner. Phil and I took our annual “goat vacation” in Taos in early October. I spent most of those months feeling depressed and it’s hard to remember all the fun things we did.

I knew I needed another horse. Skokie was lonesome and desperately needed a buddy, and I needed another horse to help me move on as well. In September a friend of mine offered up a horse I had been watching her daughter ride at Saddle Club all year. I had admired the horse, and when she came up for sale I gave her a try. She seemed very nice, my saddles both fit her, and the price was perfect. I brought her home September 15th and changed her name to Stardust. I call her “Dusty” because white horses never look clean. 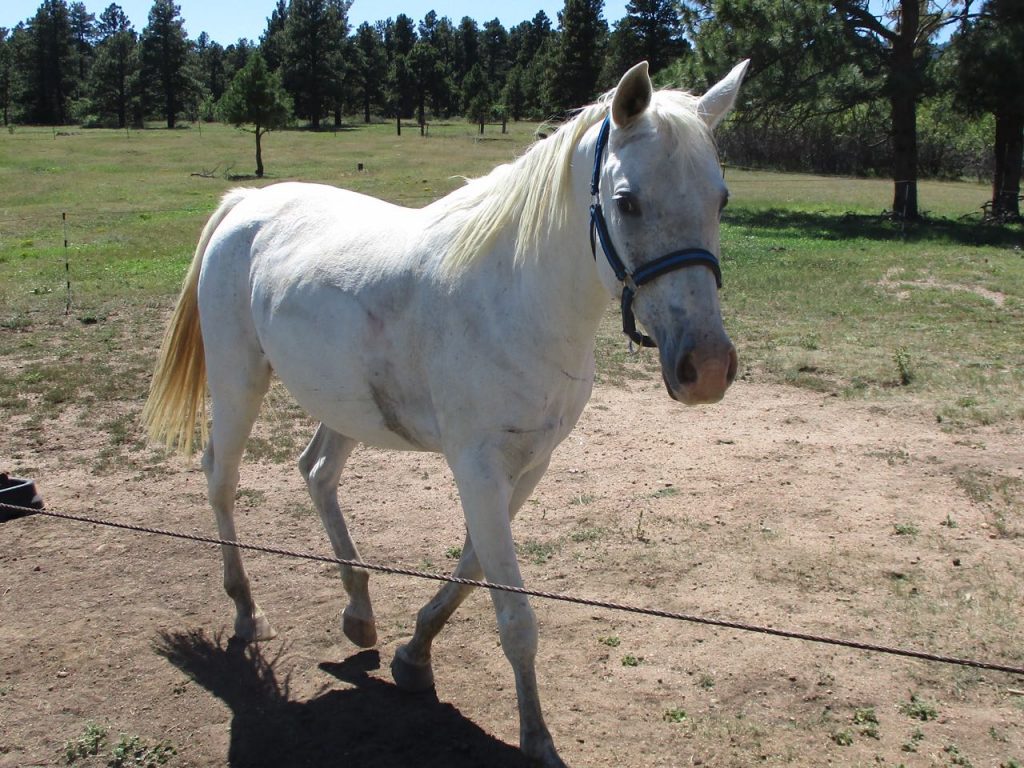 Skokie was overjoyed when this beautiful white creature stepped out of the trailer. 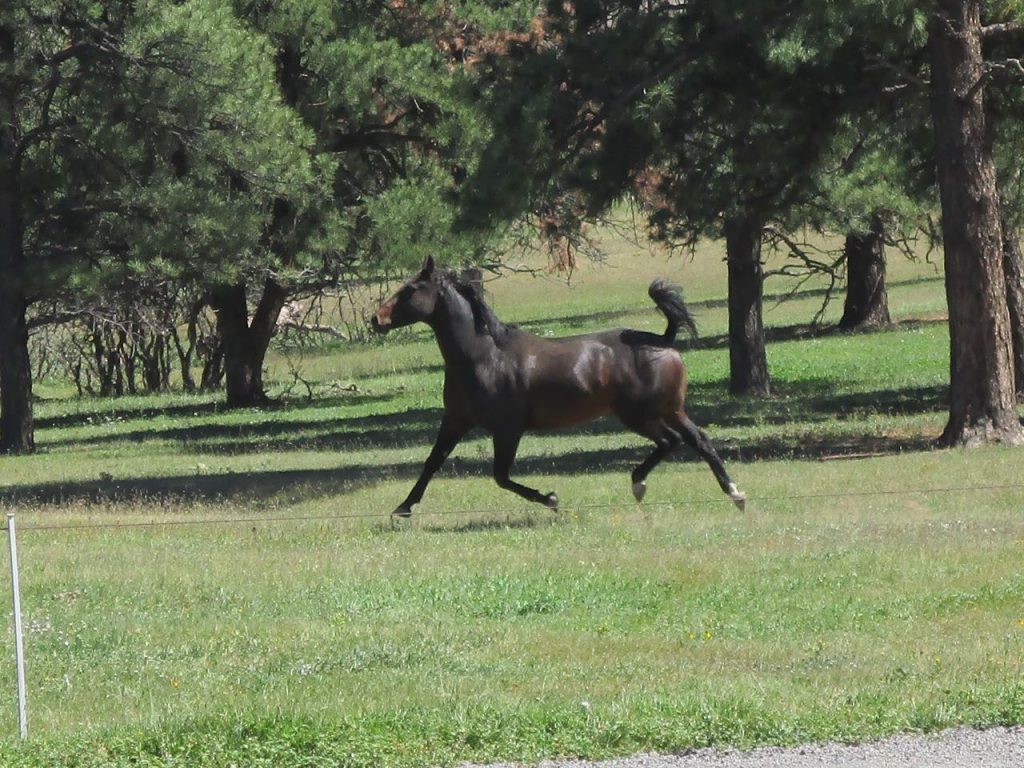 Winter started the day before Halloween. We got our first big 15″ snow on October 30. We had more snow in that one storm than we had during the entire previous winter! And it didn’t stop there. Several more large storms hit us in November and December with smaller ones scattered in between. We’ve hardly seen the ground. As soon as it melts off, another storm covers it again. It’s a proper winter the way Colorado winters should be. 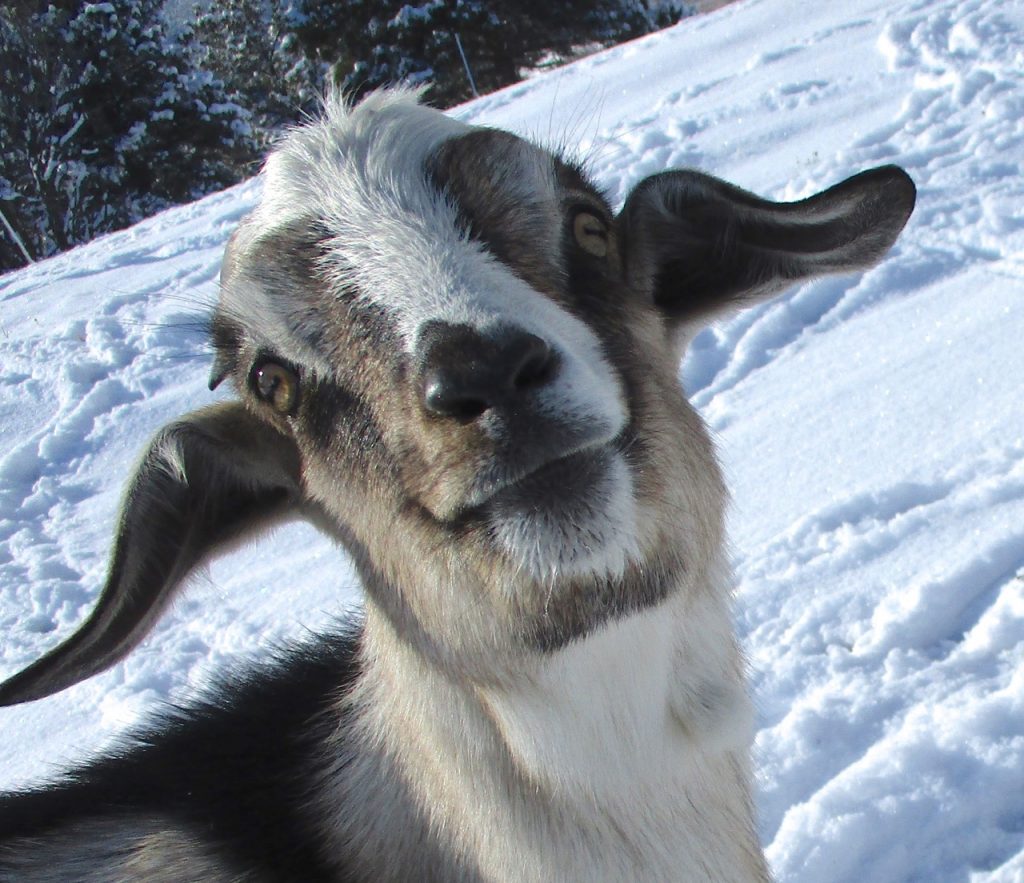