Phil was getting tired of his “Rambo with Explosion” avatar, so he thought he’d get a new one with him holding a goat in front of a fire instead. I burned a big slash pile and Phil posed with Finn. The photos didn’t come out very good, but we had fun trying to make Finn look at the camera instead of the inferno. I also had fun watching Phil try to hold this big, strapping goat. Phil won’t be able to do this much longer! 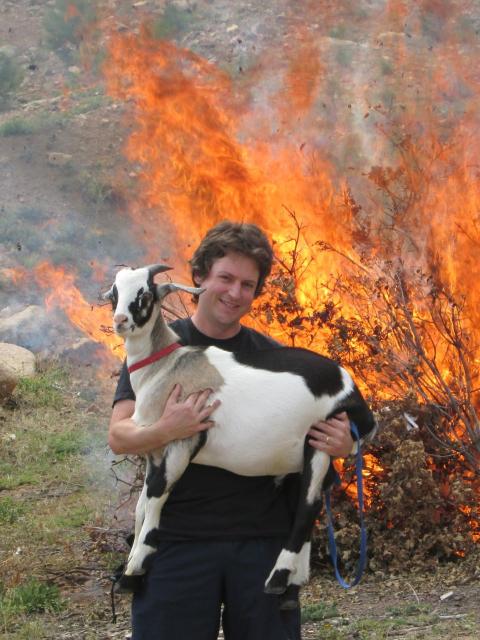 We also are getting the point where we don’t want to pick Finn up even if we can. He’s growing up and the hormones are kicking in. He’s been bathing his face and legs in buck cologne lately and he’s getting too gross to play with. The poor little guy is so friendly and sweet and he doesn’t understand why no one wants to hug him any more. Phil and I can’t wait till this breeding season is over so he can do his job and be done with buck-hood. I want to be able to cuddle him again!