We’ve had almost no snow so far this winter, and the days have largely been in the 50’s so it’s perfect weather to be out. I’ve had Sox, Westin, and Lightning at my house for breeding purposes, but Westin and Lightning finished their job and needed to go back to their new home. Their owner came to get them today and before they took the boys, we all went out for a little hike and picnic lunch. 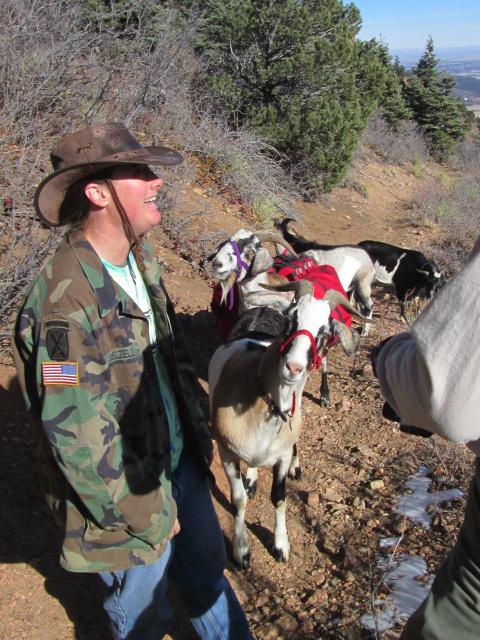 Sputnik got to carry the food and warm clothing because he loves carrying the pack. It makes him feel important. He’s gotten to where I no longer need to tie him up to saddle him and load the panniers. Today I didn’t even need to hold his halter while I hooked the britchen! I’m very happy with how well he’s come along despite his huge aversion to being touched, especially near the tail. 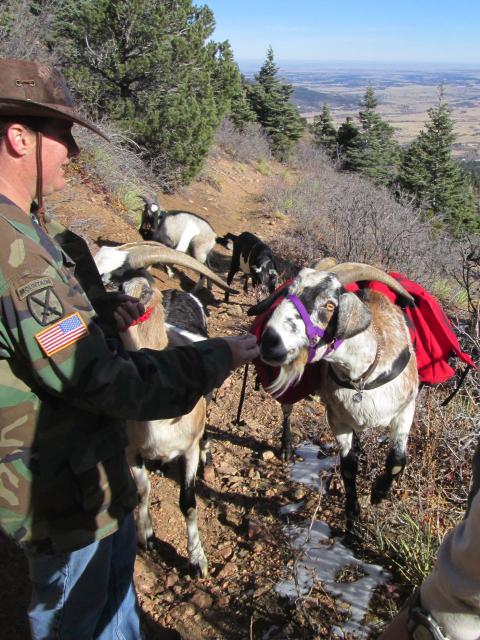 Finn has a halo circling each horn. I’m not sure he’s angelic enough to deserve this. Phil has taken to calling him “Grumpenstein” lately because he sulks and doesn’t want to take treats when we make him go out with us. He’s not as bad as last year, but I’m convinced that it’s a combination of not enough work and being in rut season, which he’s convinced he’s still part of. Finn hates leaving “his” girls at home with the bucks. 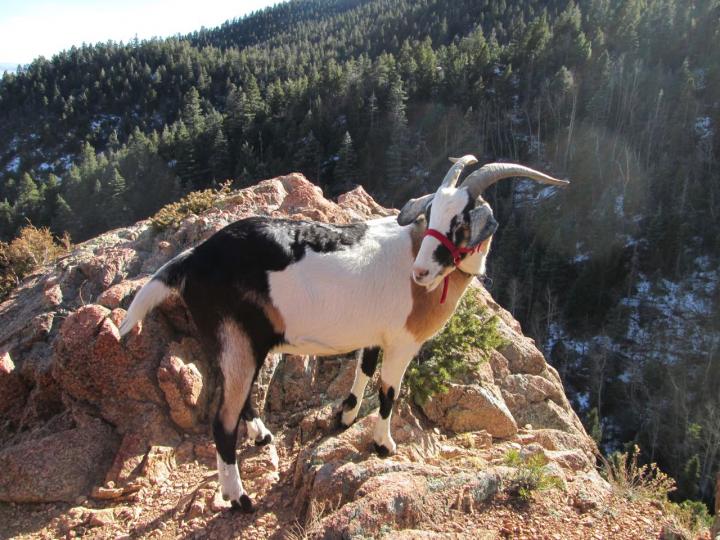 The camera seems to have caught me during an awkward moment when I was imitating the poor dope smoker we encountered at the trailhead. We’ve seen the old fellow walking around Rye lot lately and he’s done something strange at every encounter. I’m pretty sure he doesn’t drive or own a car. He’s always high as a kite and the cloud from his stinky joint had me choking as we made our way to the trail. We saw him again as we were driving home afterwards. He was still smoking, and he stepped into the road, held his jacket out like a cape, and did a bullfighter imitation in front of our truck. He seems fairly harmless, but I wonder how long it will take before someone accidentally runs over him. 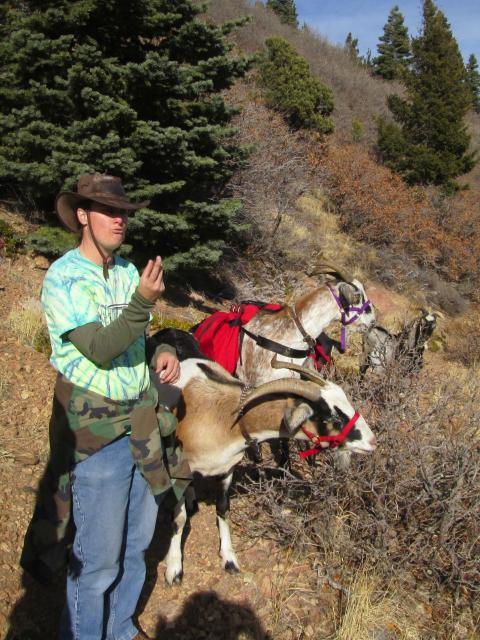 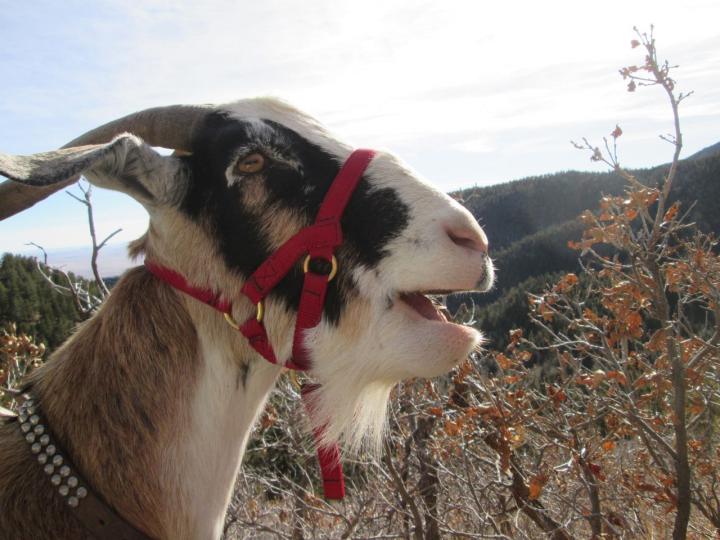 Little Lightning. What a cute baby! Tigerlily is expecting Lightning’s babies in April. 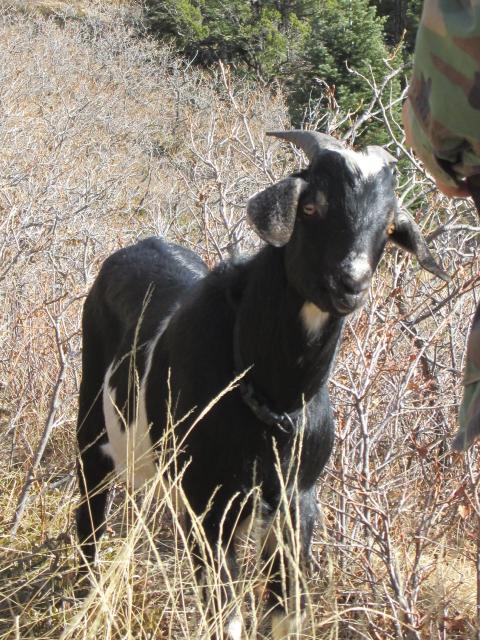 Westin is a very gung-ho little goat. He loaded himself into the truck today and he loves cookies. 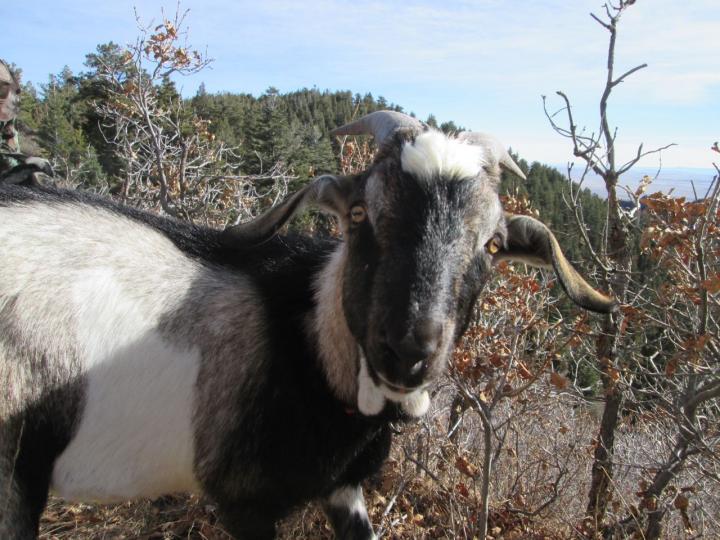 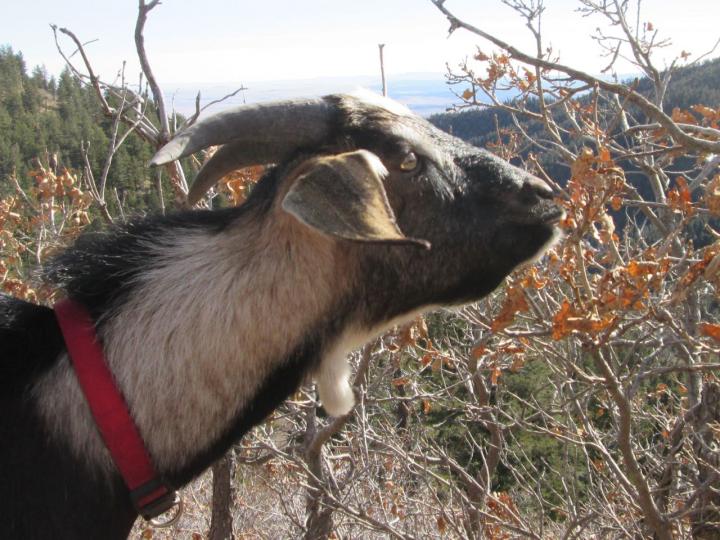