After we left Jana and Peyton’s, we traveled down to Granbury where we visited my grandfather Charles and his wife Dominique. They recently installed a small elevator in their house and we got to ride in it. I was told I needed to get a goat to ride in it too, but even if Charles and Dominique had allowed it, I don’t think either one of our goats would’ve fit! 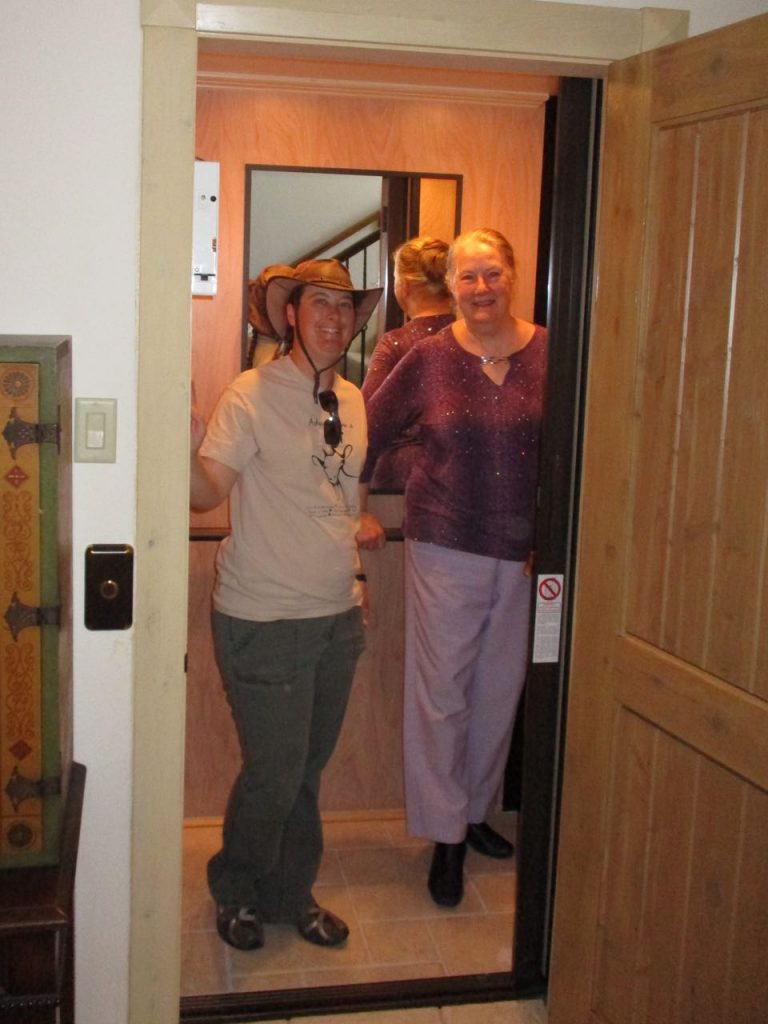 Sputnik took Dominique for a spin around her big, beautiful yard. 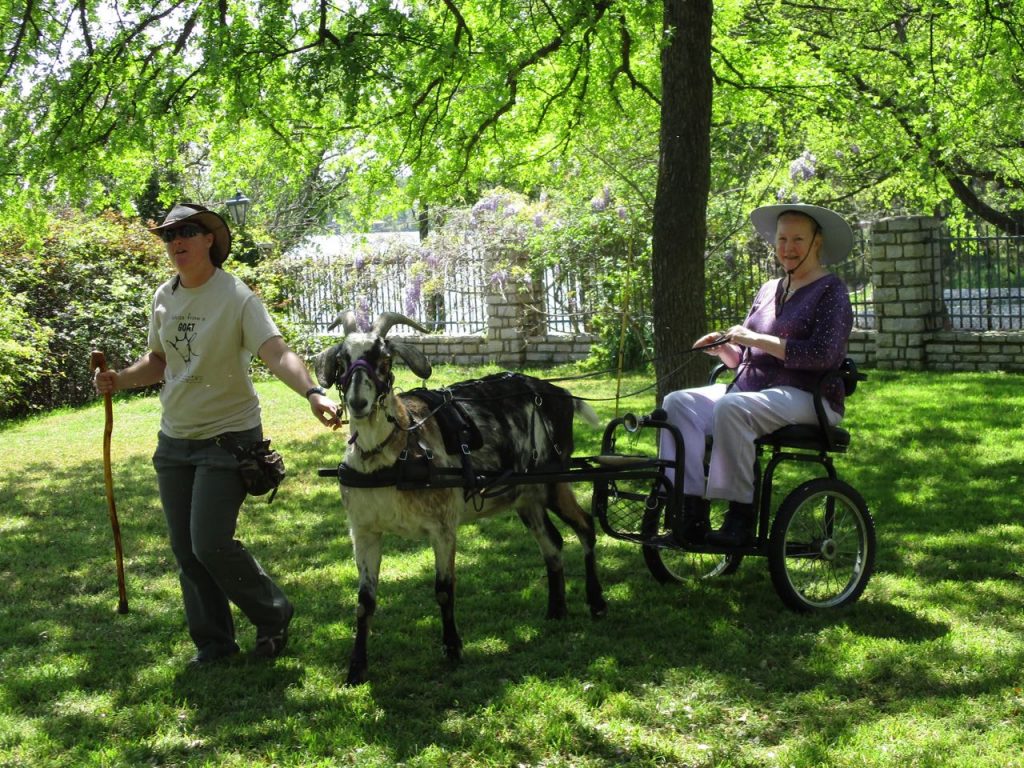 Dominique looks so dignified. I think she was born to ride a goat cart! 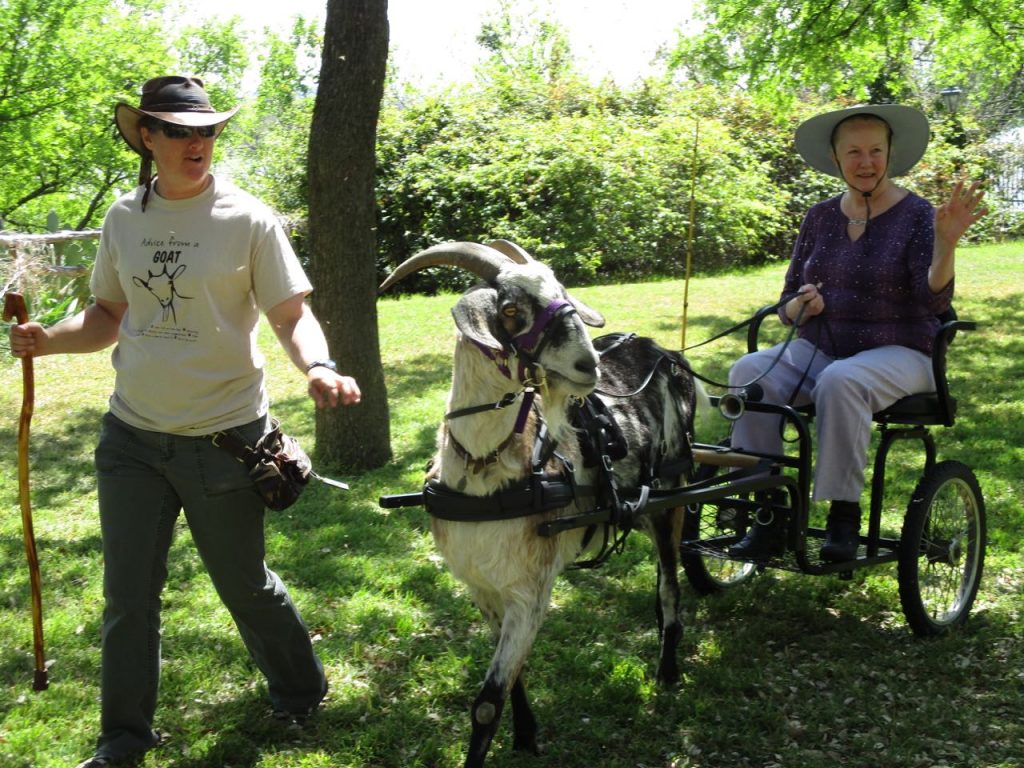 Charles was less dignified, probably because we had to bribe, threaten, and coax him to give it a try. We finally convinced him to take a short spin. 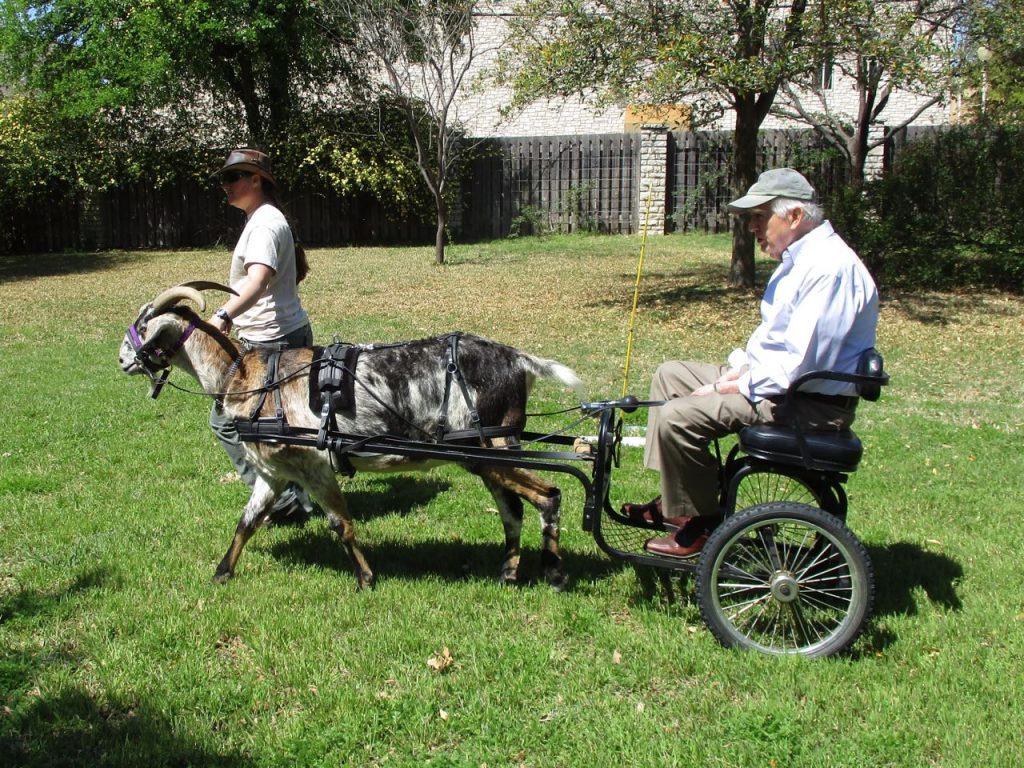 Not only were the goats supposed to ride the elevator, I was also told that we must have one of them pose on top of this big tortoise. Charles objected on the grounds that the goats’ hooves might damage the paint or dent the metal. So the goats stayed off the tortoise and Phil faked a shot of miniature Finn standing on giant shell. 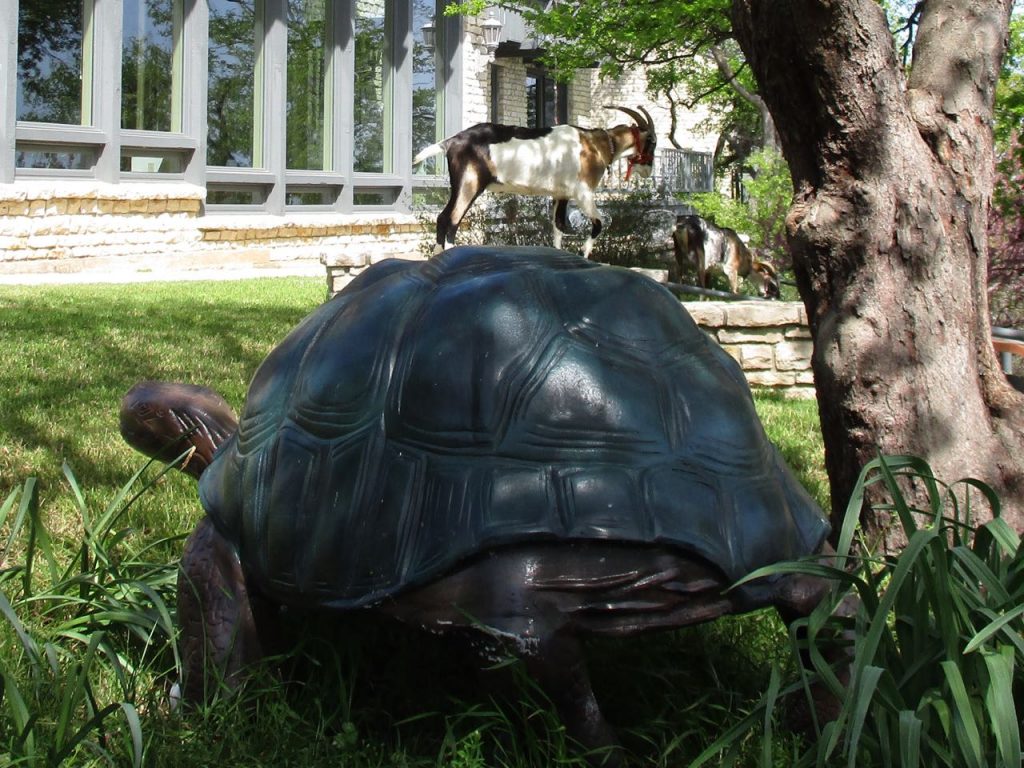 Then I rode the tortoise! 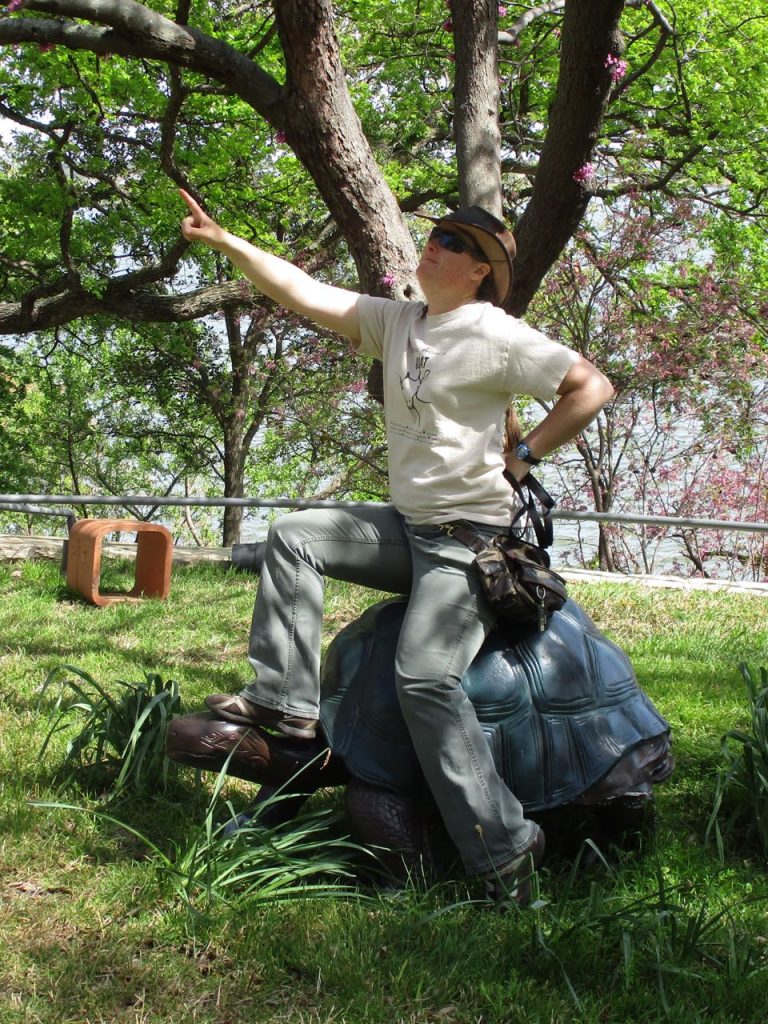 After that we went for a walk around the property. In addition to the huge, beautiful lawn and gardens up top, Charles has a series of stone walkways going down to the lake. Finn and Sputnik love stone stairs, and Charles had no end of amusement watching them climb up and down, nibbling the variety of tasty overgrowth as they went. 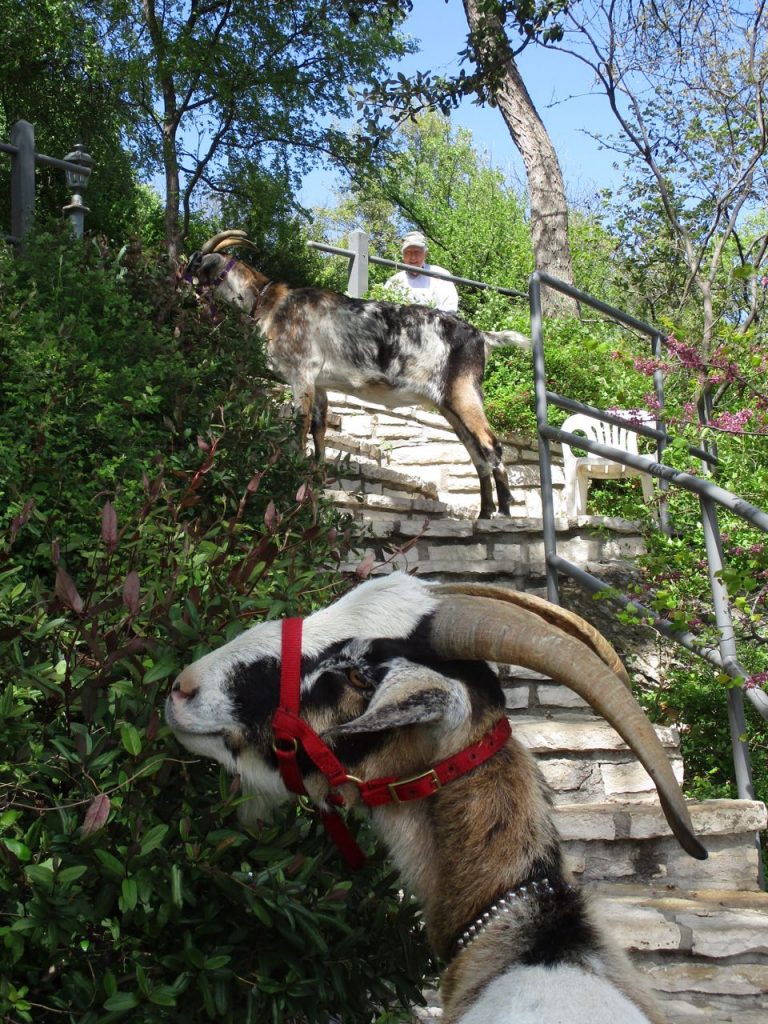 Charles has several nice benches placed at strategic points along the pathway for both taking a rest and taking the view. 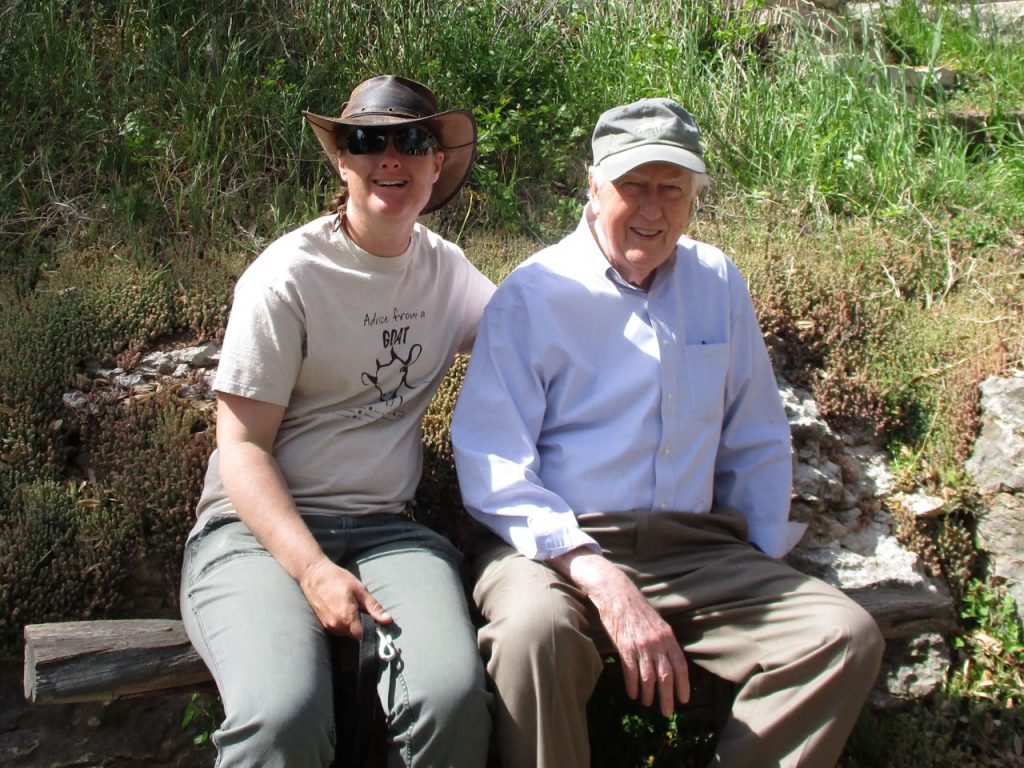 This overgrown patch of vetch was a particular favorite for the goats, and Charles loved watching them devour it. 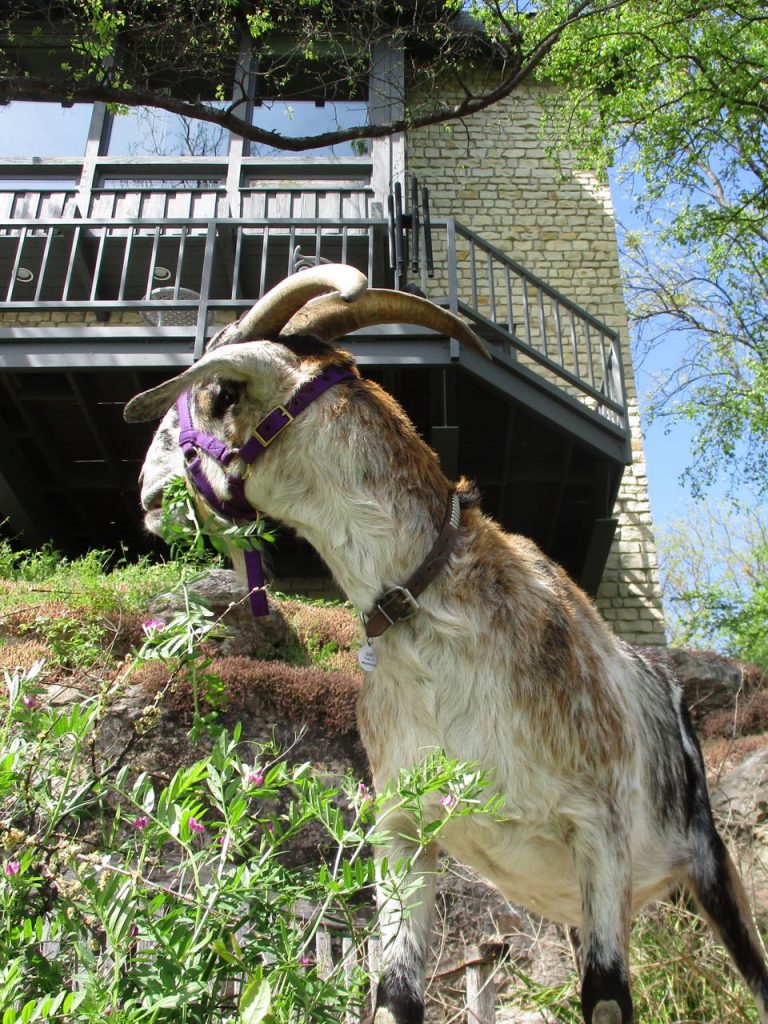 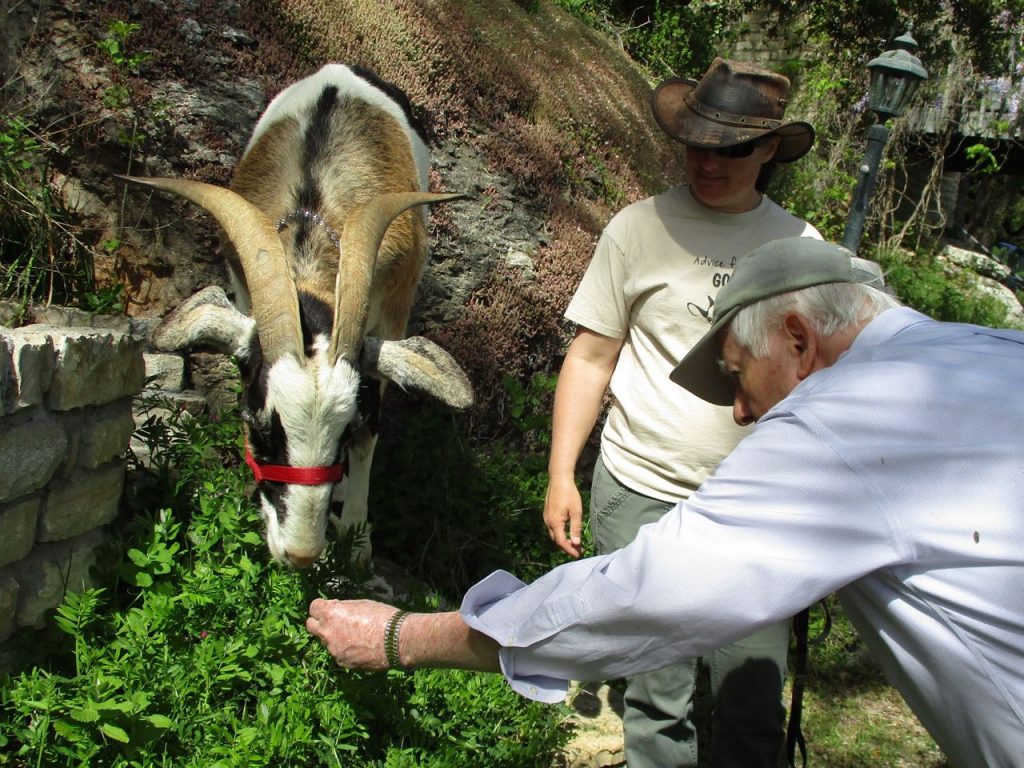 We continued on to the boathouse where Finn made a thorough exploration of the dock. 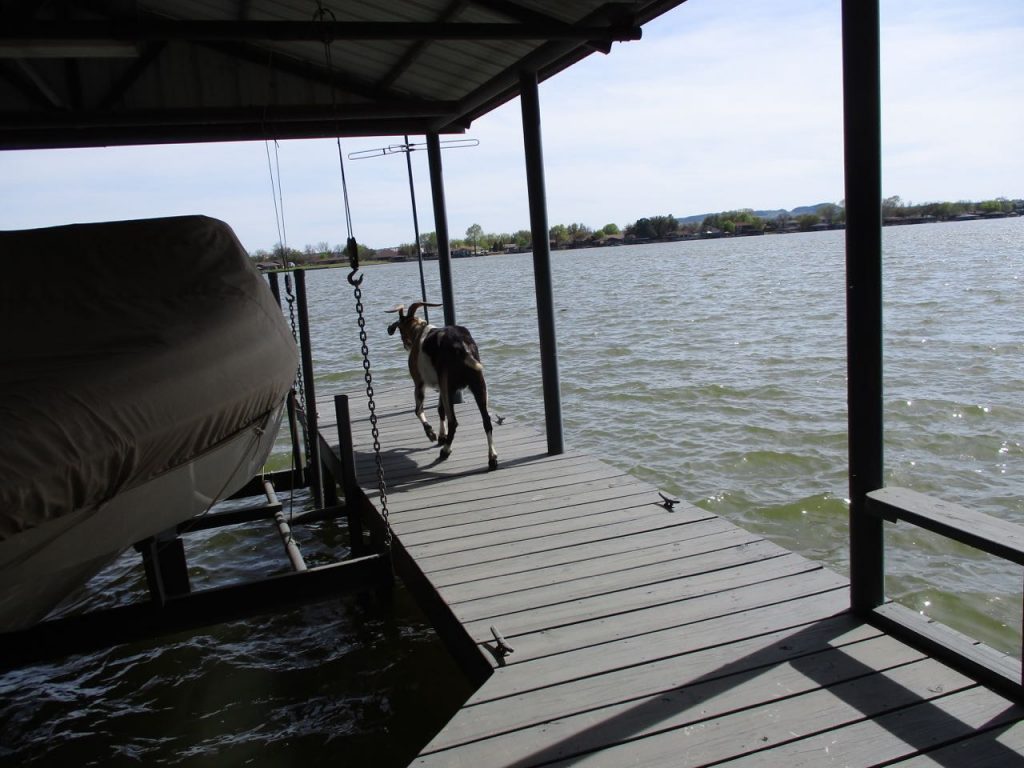 Sputnik wasn’t so sure about getting too close to the edge near all that water. 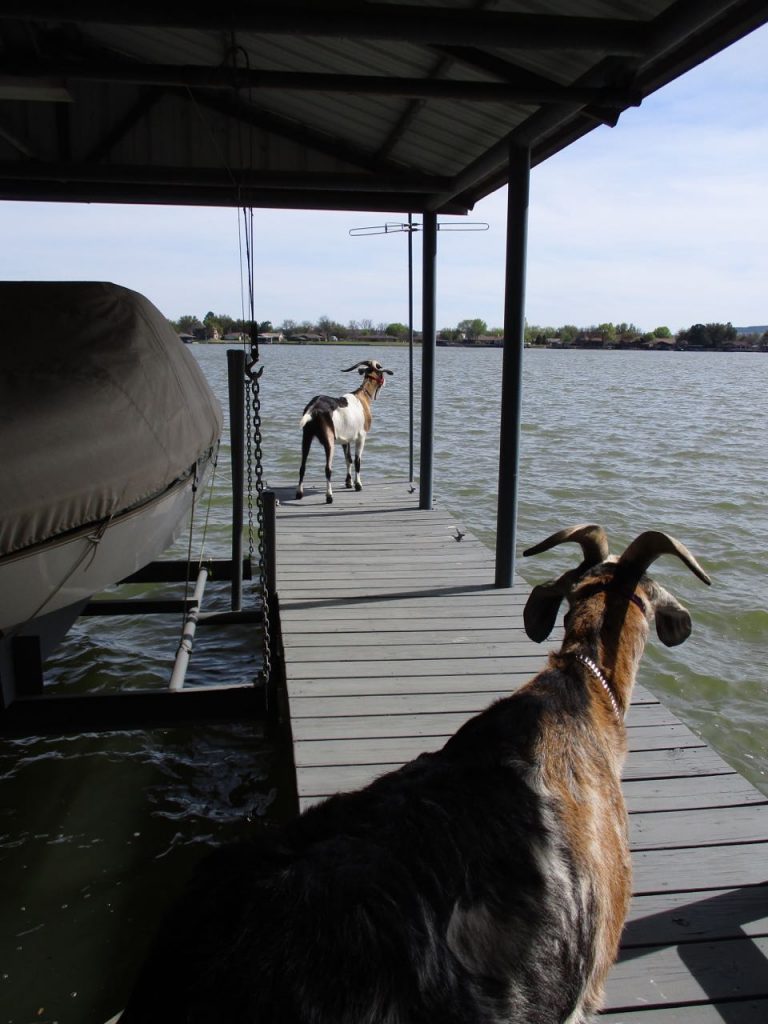 Back to the top. Good boys! 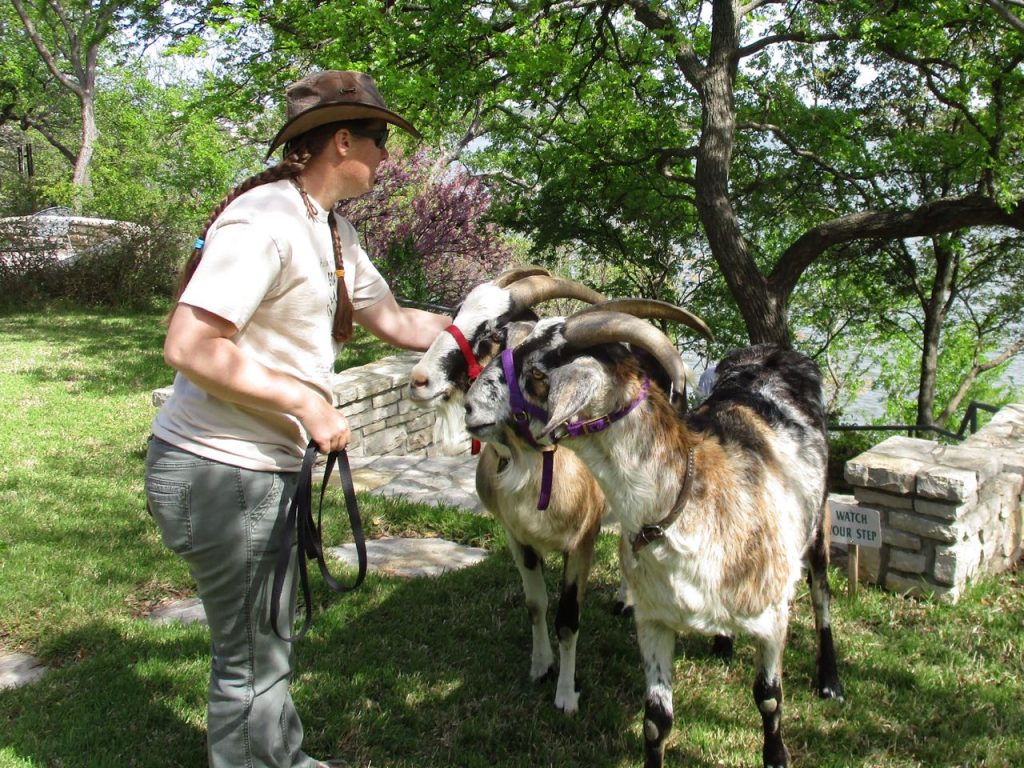 I have always loved Finn’s intelligent, adoring eyes. He loves all things “people” and he looks for ways to engage. 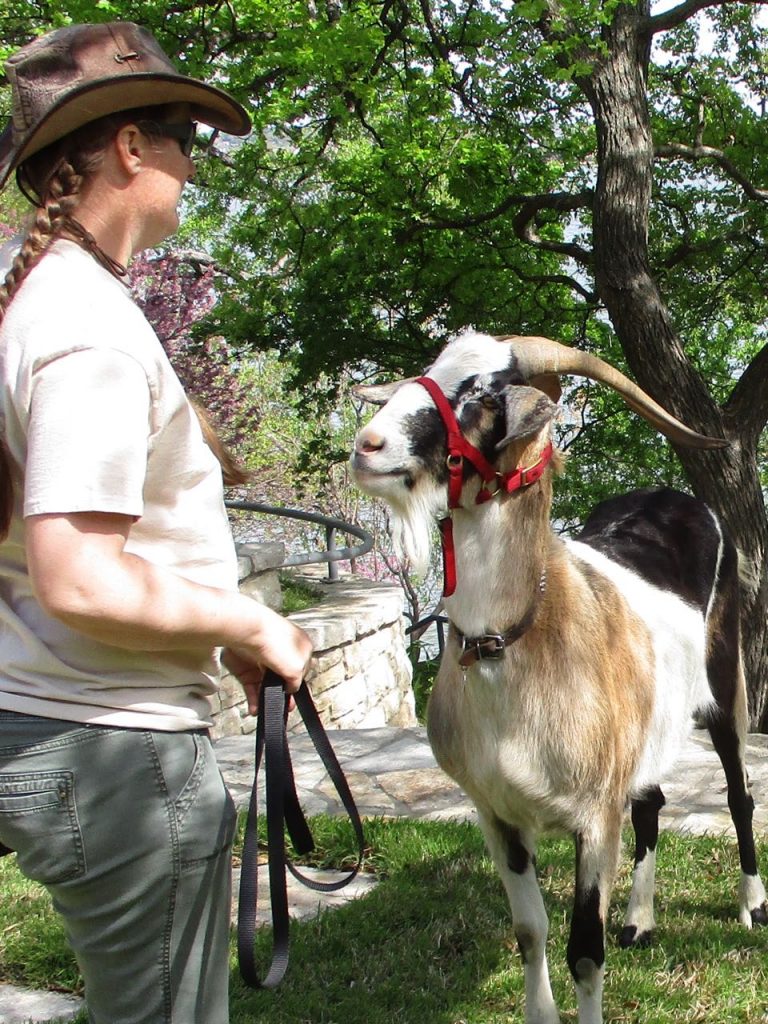 Sputnik, on the other hand, just wants to find more delicious things to eat! 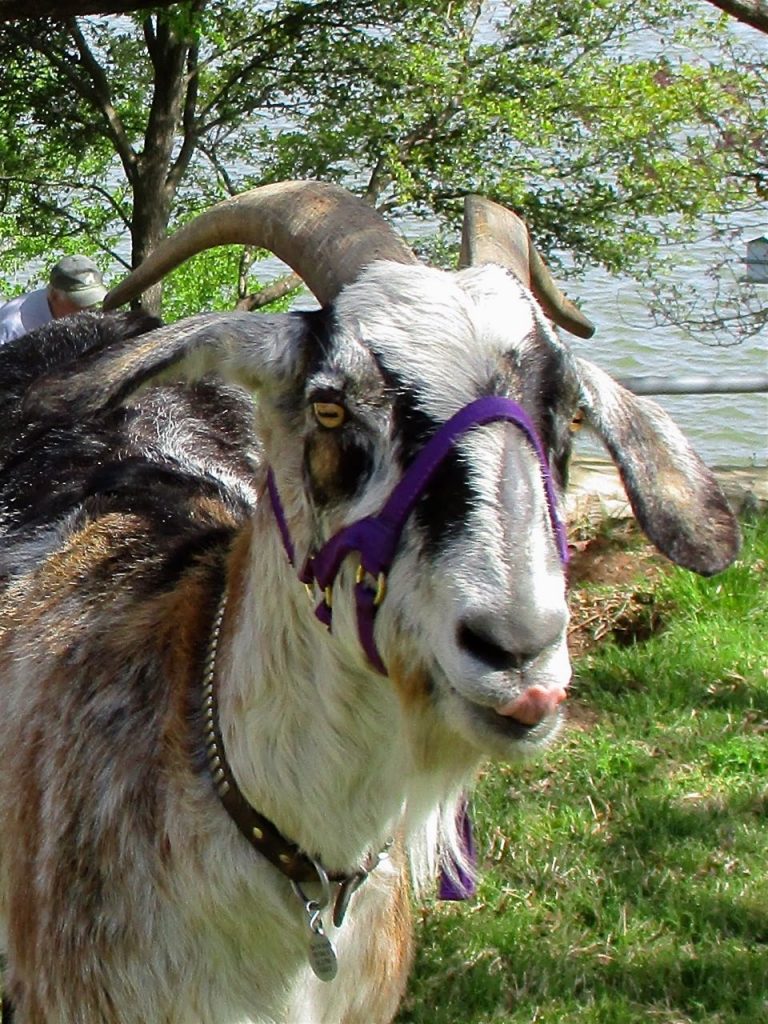 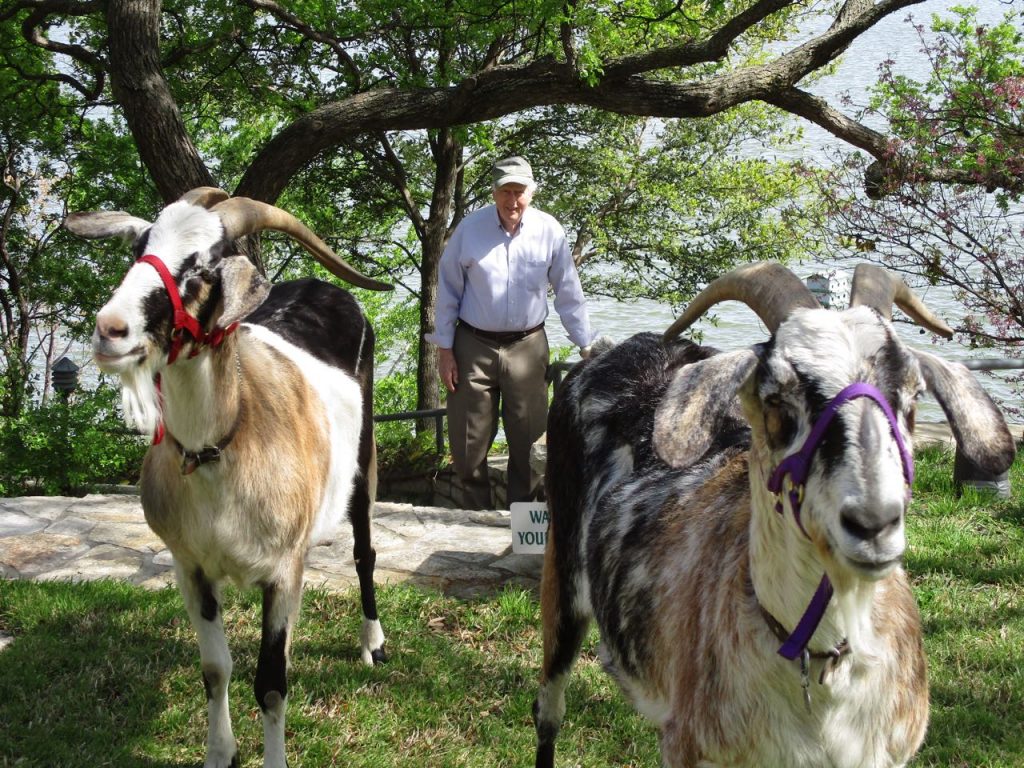 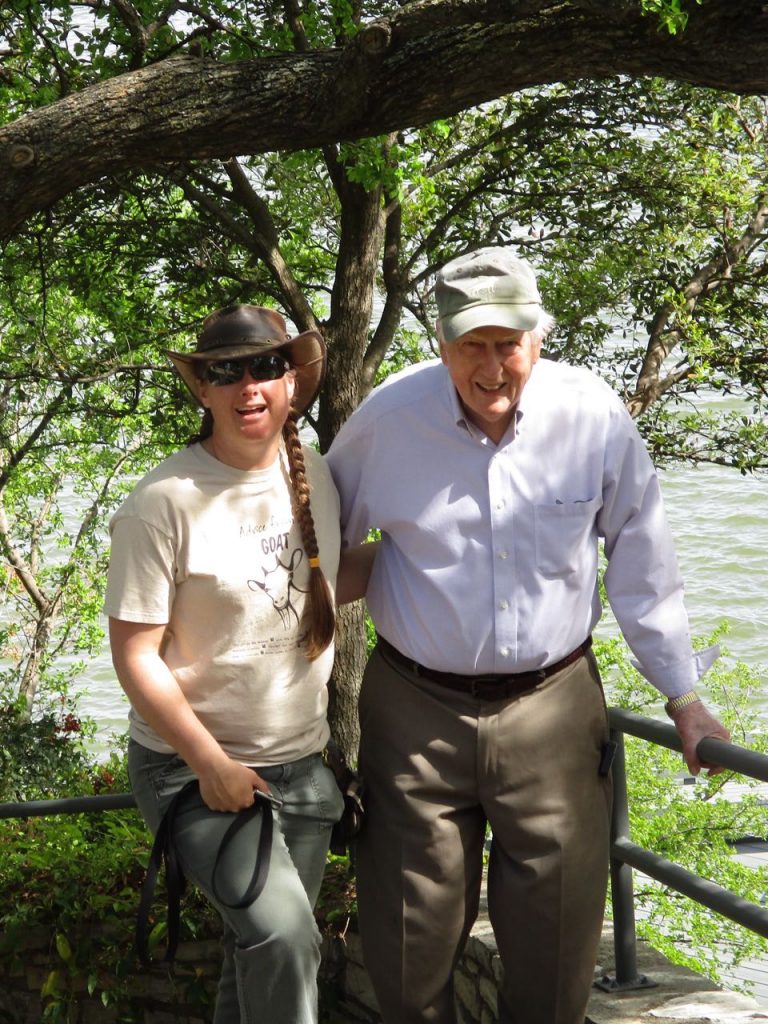 We spent the rest of the afternoon lazing around in the sunshine on the grass, drinking in the sights and smells and sounds of Charles’ peaceful yard. It was a beautiful afternoon, and I just love Texas in the springtime. 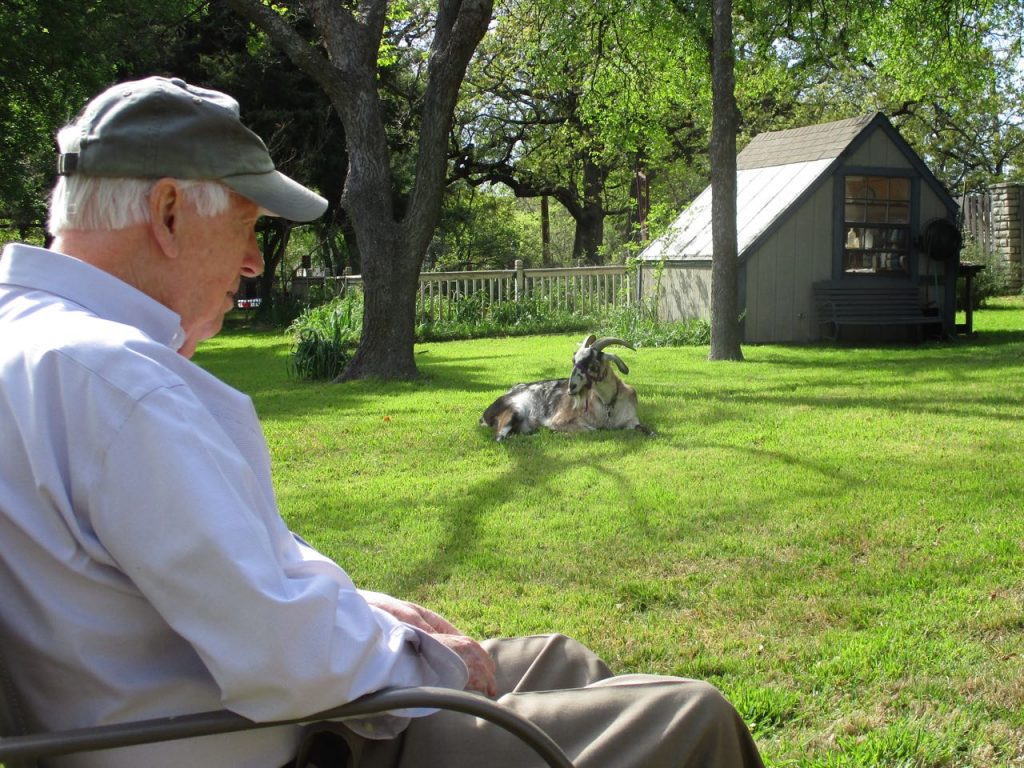 Our stately goats look very content on this stately lawn, don’t they. I expected them to look out-of-place, but on the contrary they appear to fit right in. 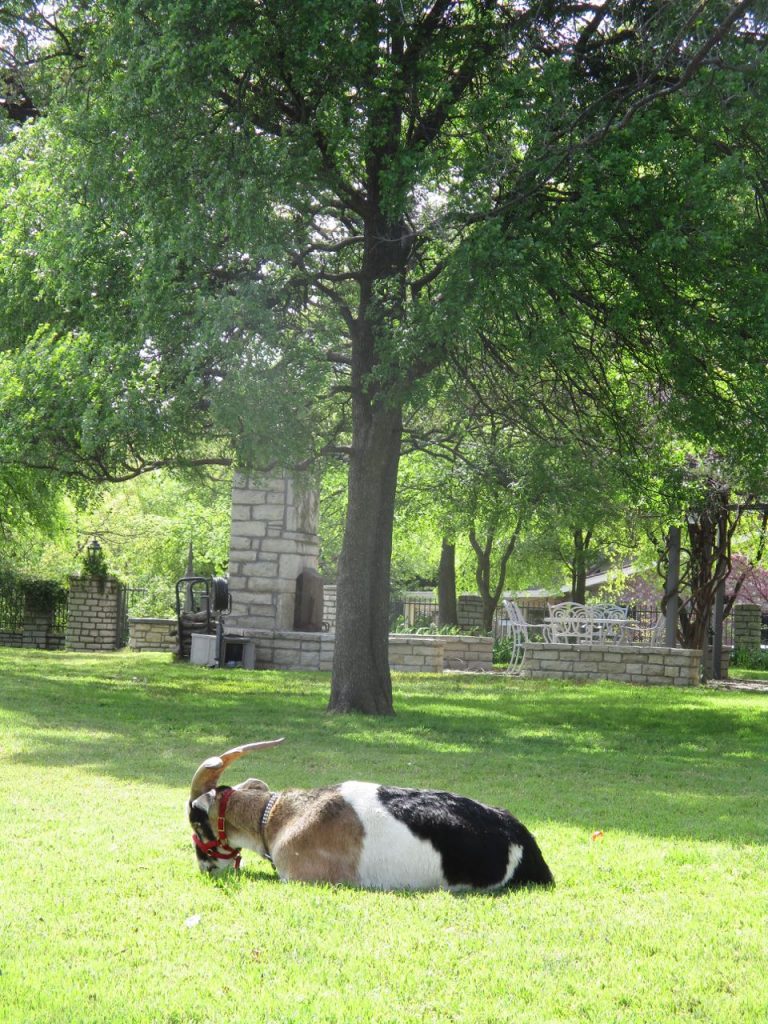 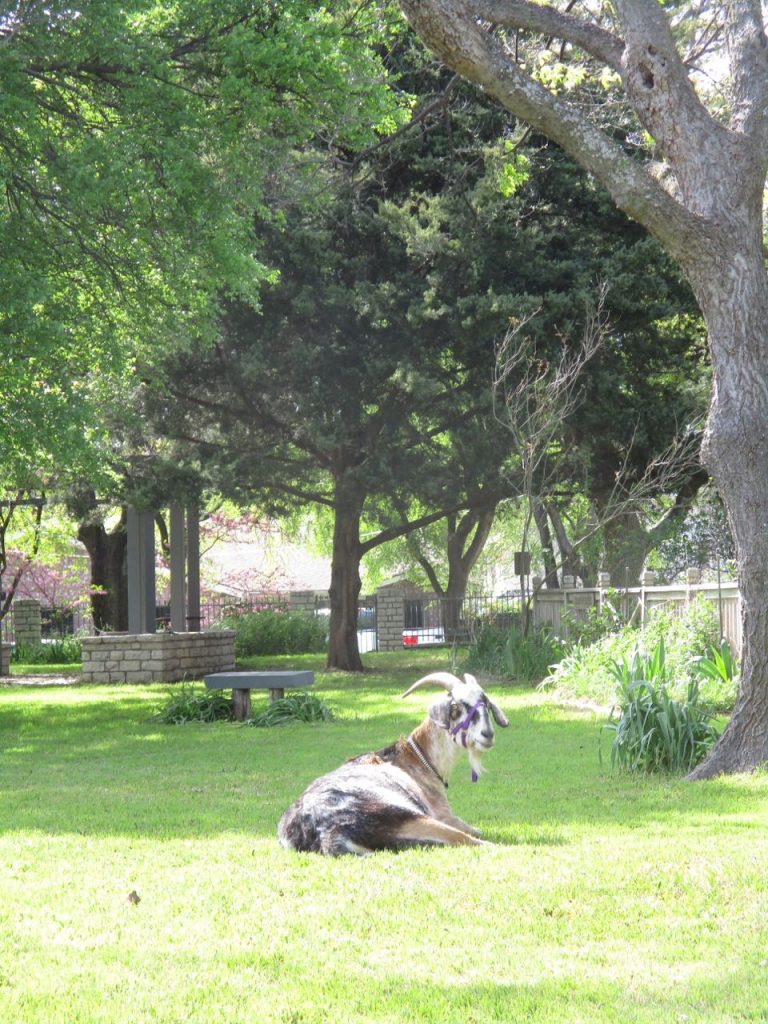