I awoke next morning to a heavy feeling in the air and the smell of rain. The sky was low and dark. We packed up camp before breakfast so we could beat a hasty retreat in case it started raining. But the rain held off and Gayle cooked egg and bean burritos for us.

It drizzled on and off as we headed back to the trailhead. The thick brush on this part of the trail soaked us from the waist down and drenched the panniers from the bottom so that when I got back to my truck, stuff in the top of Finn’s panniers was dry while the stuff in the bottom was damp. 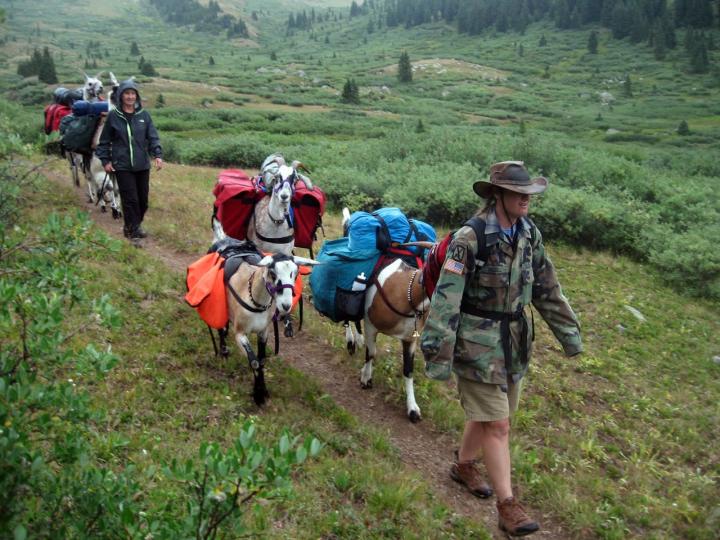 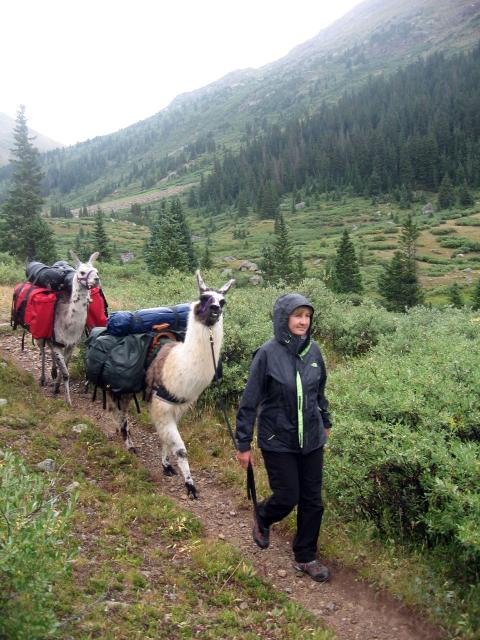 Finn was a little sore starting out. He never objected to being saddled–in fact, he seemed quite eager to the task–but when he started walking I could tell that his back was sore. He was hollowing his back and walking with his hind end crouched low to the ground as if trying to walk out from under his load. I readjusted the saddle and tightened the cinch another notch to keep the load from swaying. It helped, but I could tell Finn was mostly just sore from yesterday’s steep descent. I need to find a saddle that fits him better. This one is ok, but it’s a little too narrow for Finn’s wide frame and it bridges a bit in the middle. 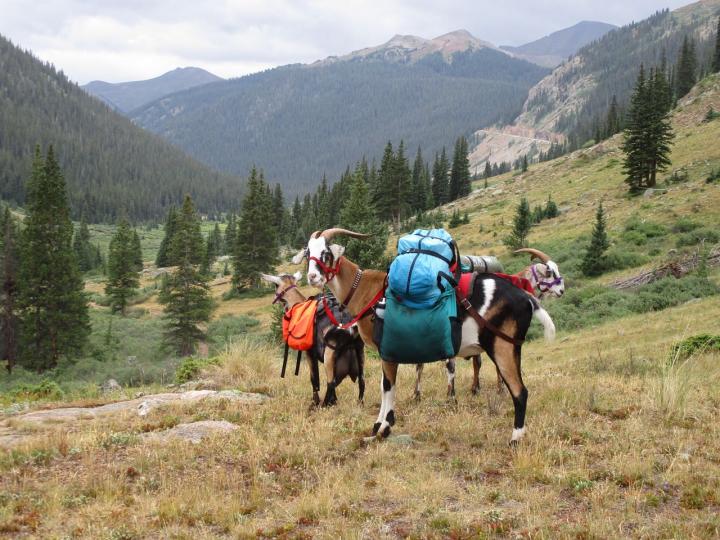 Sputnik was a champ. He loves having a job and it really showed on this trip. 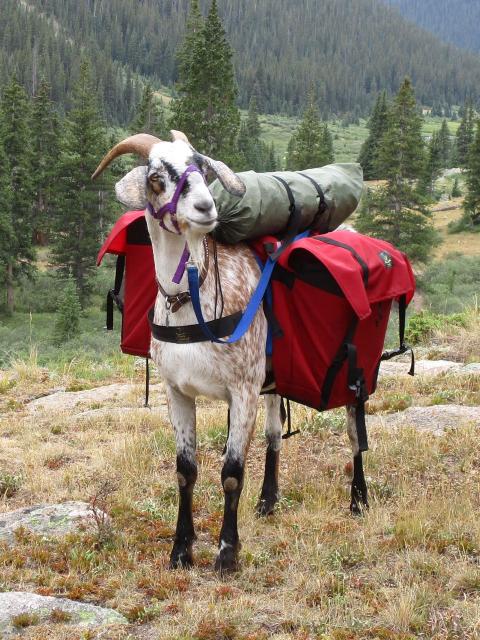 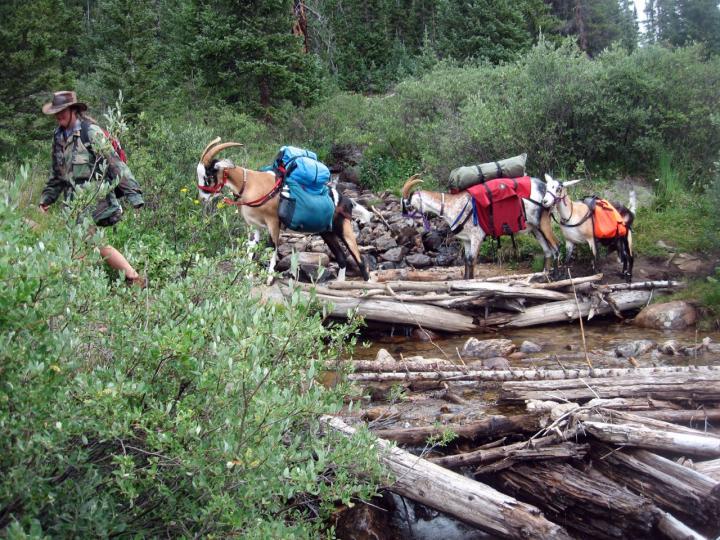 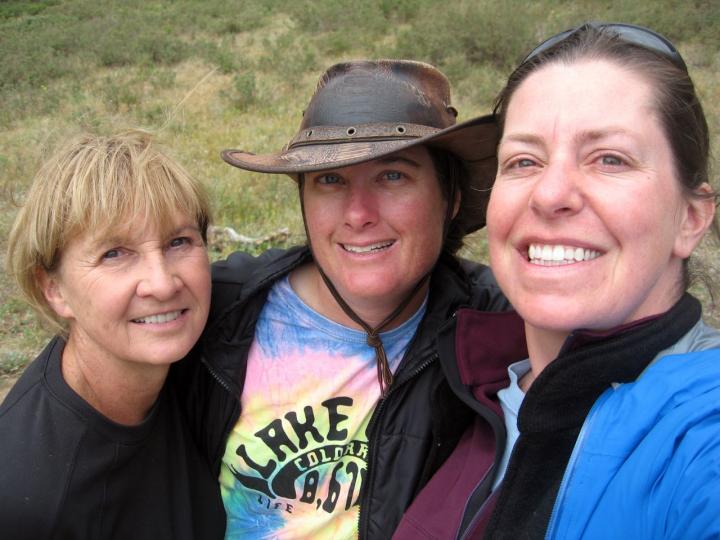 We got back to the trailhead and our day’s adventures had only just begun. Gayle had driven a huge rig into the parking area and it took us around two hours to figure out how she could get it back out. It wasn’t as straightforward as backing onto the highway they way she’d come in and then driving up the road to find a turnaround. No, the highway was closed to vehicles over 35′ because of the sharp hairpin turns that started immediately above the trail parking area, and there was no turnaround. Suffice to say, it was extremely fortunate that several cars left the parking area during the two hours we spent trying to figure out how to get her rig out of there.

By the time we finally got going, all of us were sopping wet and very tired, but it had been a wonderful outing. This was a great first experience at multi-day goat packing for me. The goats seemed to love it too. They never once shied off or walked away when I got out the saddles in the morning–even Finn with his sore back. They stood for saddling and loading without being tied or held. The boys’ training is pretty solid and it showed, but Petunia was my little wild card. She’s never been a trail goat and knew nothing of trail manners or of her place in line. She would cut in front of the boys, then cut in front of me, then go off-trail for a snack, and she liked to cut switchbacks. Her bad manners tended to make Finn and especially Sputnik forget their training, so I had to do a lot of reminding on this trip. But I feel like if Petunia hadn’t been there to lead them astray, Finn and Sputnik’s manners would have been pretty impeccable. They were never really bad even with the distraction, and there were only one or two times when I had to remind the boys about staying on-trail for switchbacks regardless of Petunia’s antics. It makes me feel good to know that the time spent working on trail manners has paid off so well. I can’t wait for our next trip!