Our goats were invited to the Beulah Arts and Crafts Fair this year, so Phil and I packed up Finn and Sputnik, the cart, and a few of the younger goats for a petting zoo and headed on over. The boys had their horns wrapped for safety even though neither of them has ever shown the slightest inclination to hit anybody. Those horn tips are right at face level for most of these kids and all it would take is for a goat to turn his head to look at something and a kid could get whacked by mistake. So even though it looks kind of silly, we wrap the horns. Phil also pointed out that wrapping helps with visibility. People notice the colorful horns that would otherwise blend into the background.

Finn got cart duty first and he did a very nice job. Here Phil shows a boy how to hold the reins, which are harmlessly hooked to the neck strap instead of the halter. The kids don’t know the difference and they think they’re getting to steer and stop. 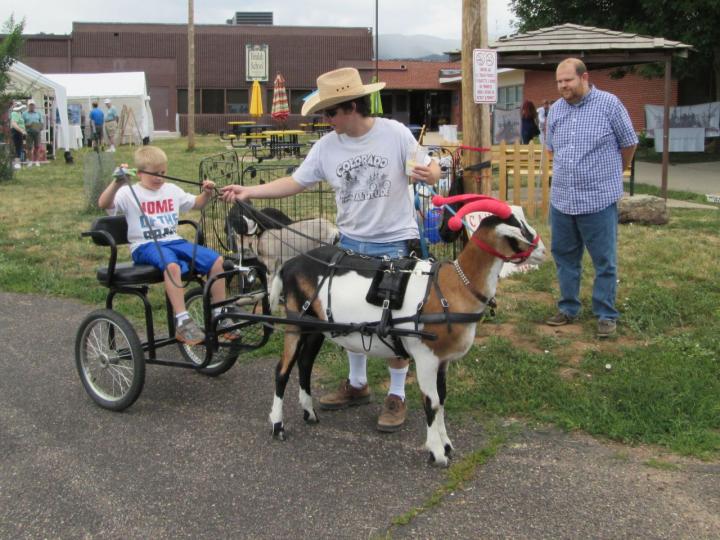 And they’re off! Reins properly held in each hand. 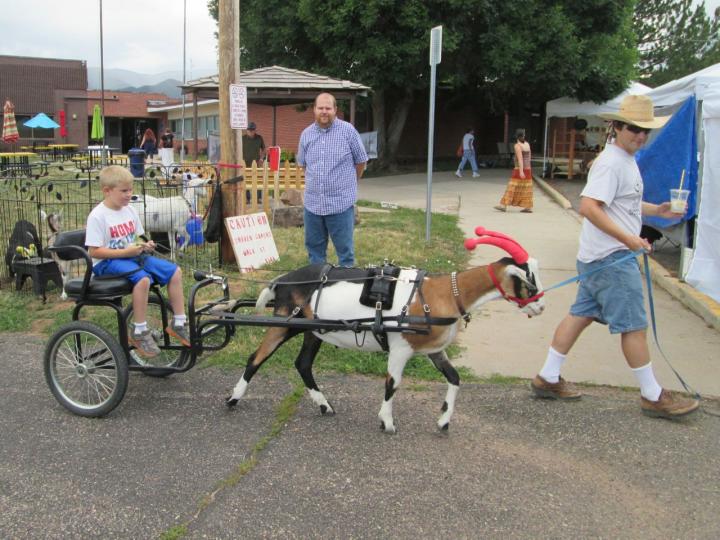 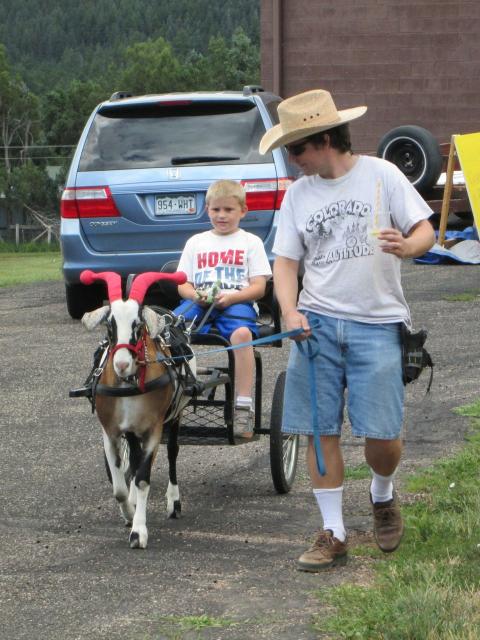 After Finn got tired, Sputnik took over. These girls loved honking the horn. 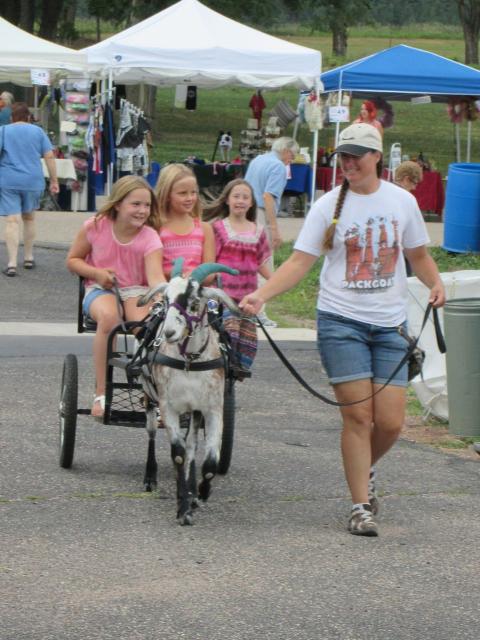 We brought a small portable pen and put Tigerlily, Oakley, Pedro, and Pepi in it. People could pet the goats over the fence or go into the enclosure one or two at a time and sit on a stool and play with the babies. Pedro and Oakley were especially happy to be the center of attention. Tigerlily, on the other hand, was naughty and had to be tied up at the back. She kept ramming the babies and running them around. I didn’t expect this because she’s never been mean to babies before, but I realized that she also hasn’t been around them without their mothers. “Shame on you, Tigerlily!” 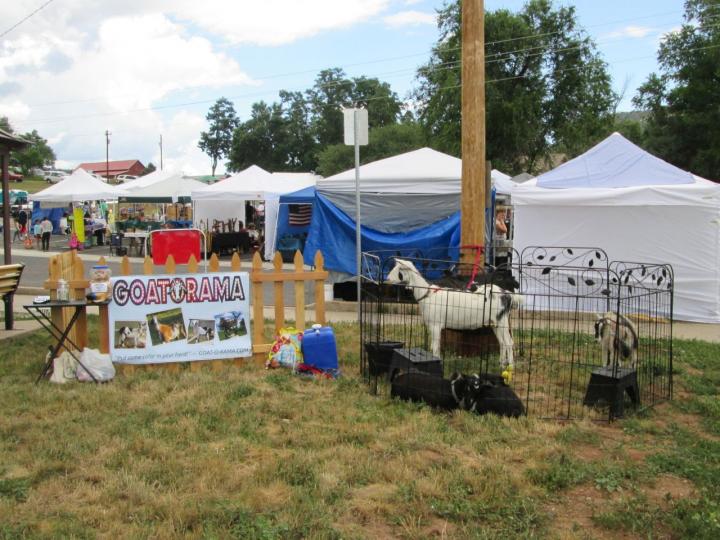 It was a fun day and the goats put smiles on a lot of people’s faces. Finn and Sputnik were tired by the end. Each of them pulled kids around for probably about an hour. I don’t think they were physically tired, but they were mentally drained from walking up and down the same road again and again. This was their first big event and we had to be careful not to overdo it. We retired them to the trailer as soon as they told us they’d had enough. A few kids were disappointed that we packed up the cart before they had a chance to ride, but we directed them to the baby goat pen because baby goats never fail to turn a frown upside-down. It was a fun event!