All my girls came into heat around the same time last week, so today I let the bucklings out to play with the herd. It was a very joyous reunion! Finn spent the first five minutes running around like a mad goat at top speed as he chased one girl after another in a hormone-induced frenzy. He soon realized that no one wanted anything to do with him as long as he was acting that way and he settled down and assumed a calmer demeanor for the rest of the afternoon. Cuzco also pummeled him for being a punk, and that took the wind out of his sails. Phil and I are marveling at his beautiful, luxurious coat. He’s got this incredible mane coming in that I love to run my fingers through. He’d make an amazing fur cape right now if I could get the stink out! 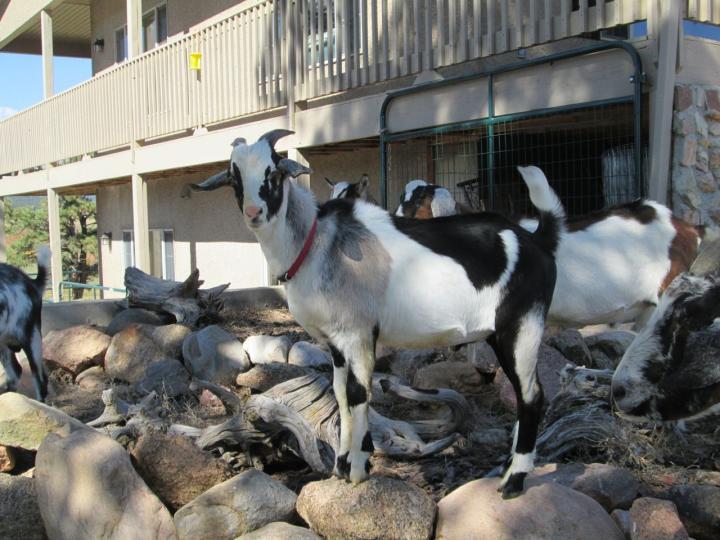 Sputnik and Delilah got into a very long fight which Cuzco, Pac-Man, and Snickers watched with rapt attention until Cuzco eventually hammered Delilah and made her run away. I think Delilah had singled Sputnik out as the low man on the totem pole and the goat most easily pushed around. Sputnik doesn’t like to be pushed around and he pushed right back, making for a pretty spectacular fight until Cuzco intervened. He doesn’t like anyone messing with “his” babies. 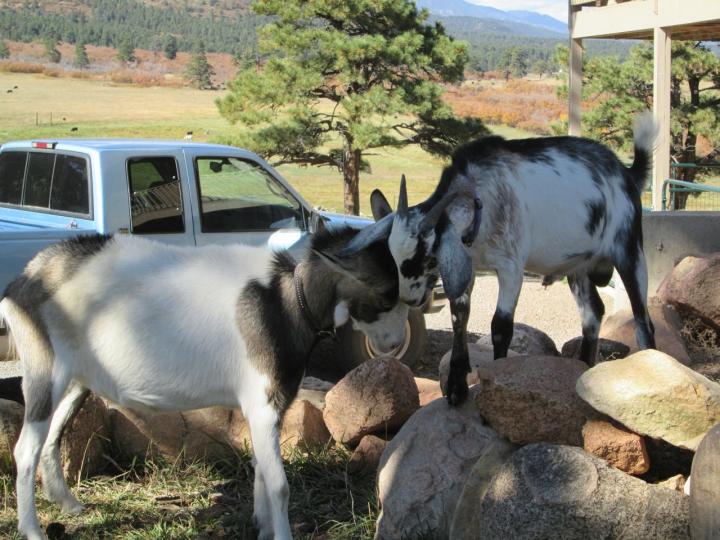 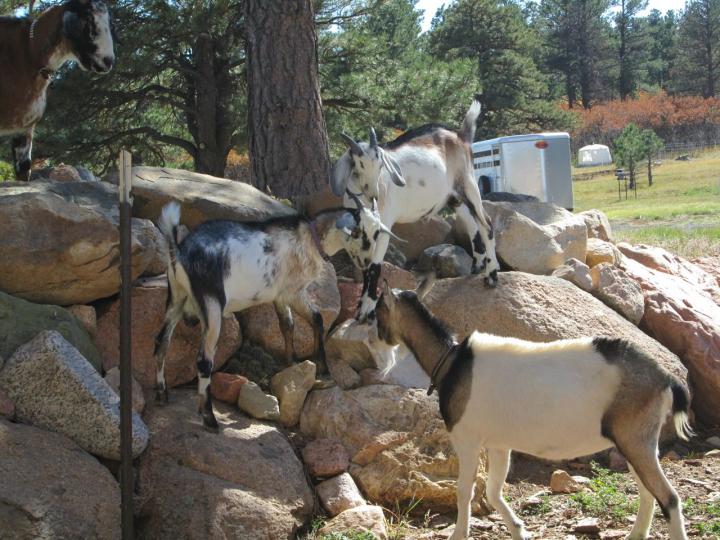 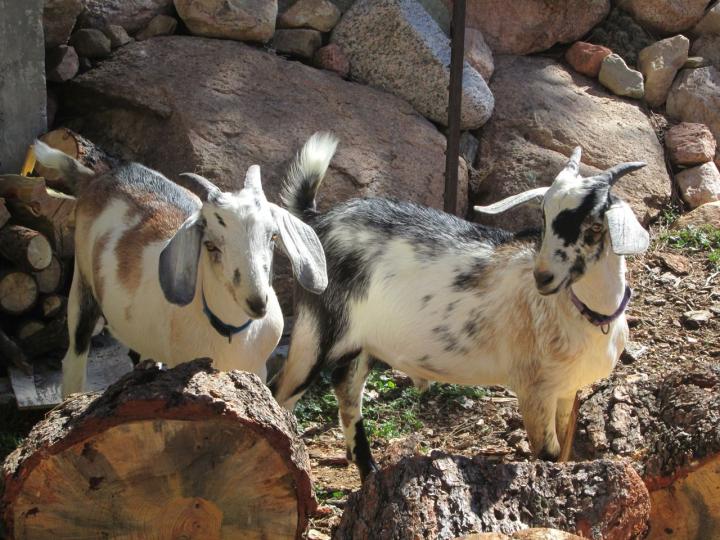 Today Sputnik smelled girls up close for the first time since he was weaned. He was very impressed! 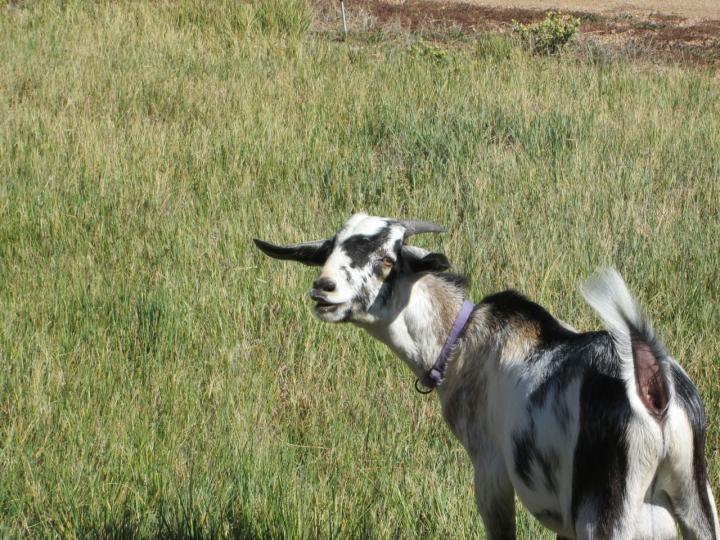 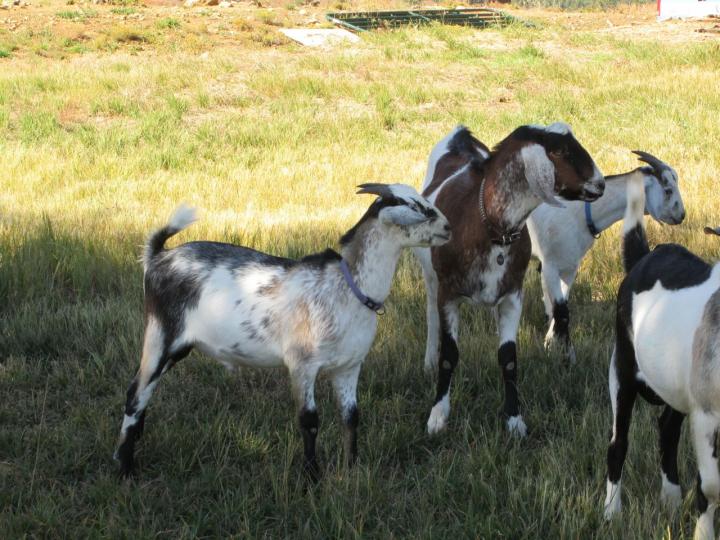 Finn is almost as big as his mother nowadays! 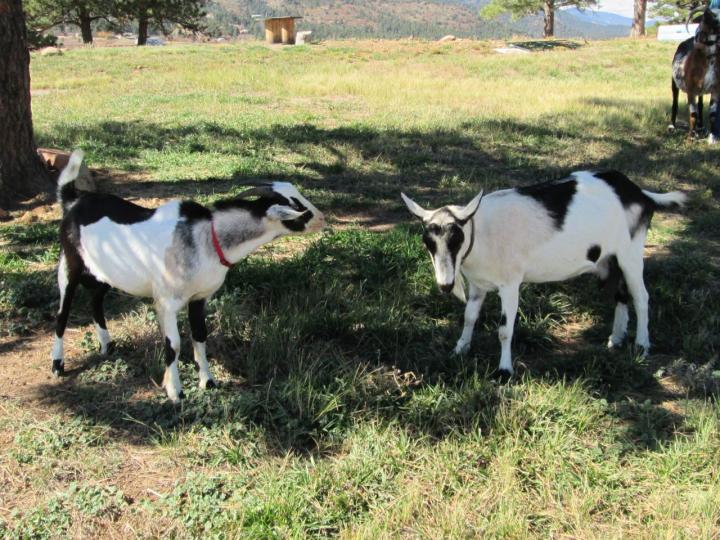