Pac-Man passed his preliminary health check on Monday (vet says he looks healthy, has no worms), but until we hear the results of his CAE test, he’s got to be penned up separate from the girls. I felt comfortable letting them all be together under supervision for the first couple of afternoons while I worked on his new pen because Lilly is bred and the younger two went out of heat two days before he came. But no more free time with the ladies after this! He was a lot more subdued the second day after being thoroughly rebuffed on the first. He’s smaller than these Amazons, so he learned very quickly that he can’t take advantage if they don’t want to play.

Also, there’s Cuzco to contend with. Cuzco doesn’t mind if Pac-Man plays nicely with his girls, but the minute there’s even a hint of flirting, Cuzco is on the scene in a flash and starts using Pac-Man for a dust mop. Nubbin is desperately in need of a friend right now so she went over and engaged Pac-Man in a bit of friendly head-butting on the back patio. That lasted about a minute before he stuck his tongue out, swatted Nubbin with his front leg, and started blubbing. Cuzco, who was quietly grazing with his back to them about thirty feet away, sprang into action like he’d been shot out of a pistol. I haven’t seen him move that fast in several years. He charged through the patio gate and broadsided Pac-Man so hard he was swept off his feet. Cuzco smeared him half-way across the patio before he managed to get back on his feet and beat a hasty exit. The mood for romance was thoroughly crushed and that was the last blub I heard from Pac-Man all day. In fact, he kind of kept away from the ladies completely after that except for some polite sniffing and looking (no more ogling, and he kept his eyes firmly on their faces!).

I put the two boys in their own pen last night and they seem to be getting along well. Pac-Man is terrified to come to the gate for treats if Cuzco is there, but he’s got some guts! He continues to challenge Cuzco to head-butting contests, and as long as they’re engaged in a legitimate fight, Cuzco is a gentleman and doesn’t pave the yard with him. They just go back and forth like Cuzco used to do with Nibbles before she died, which makes me think they’ll be good friends before long.

The girls are intrigued. 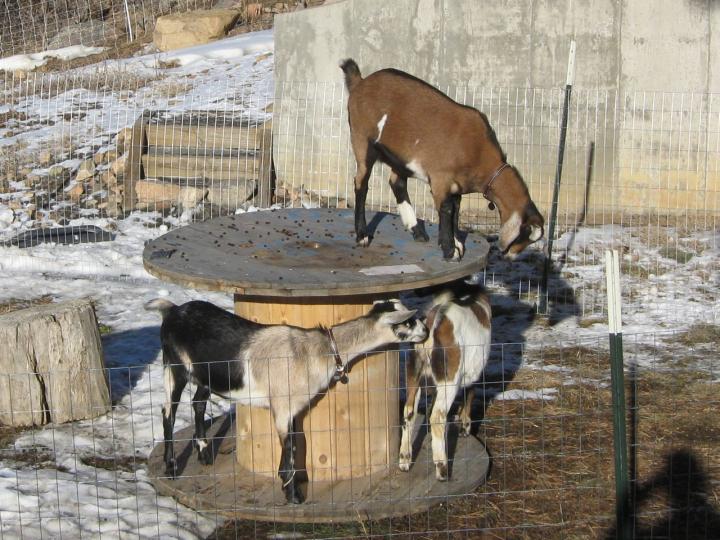 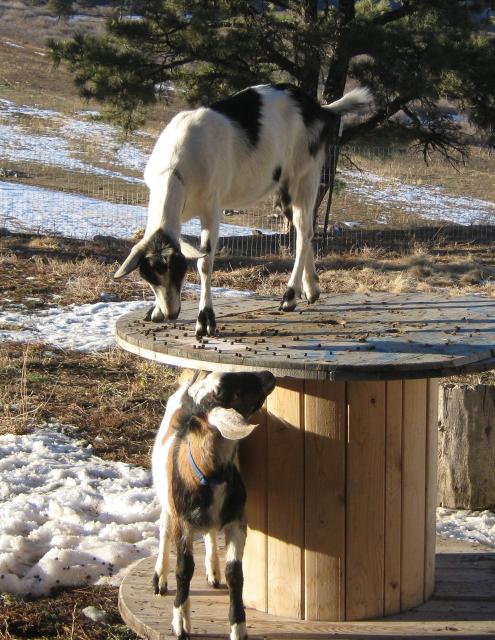 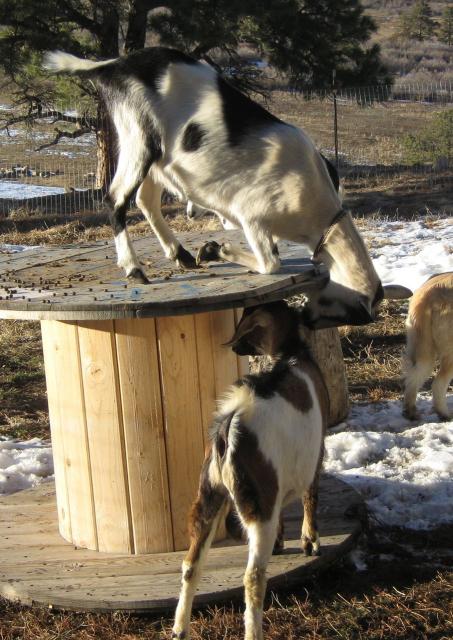 Stay away from my girls! 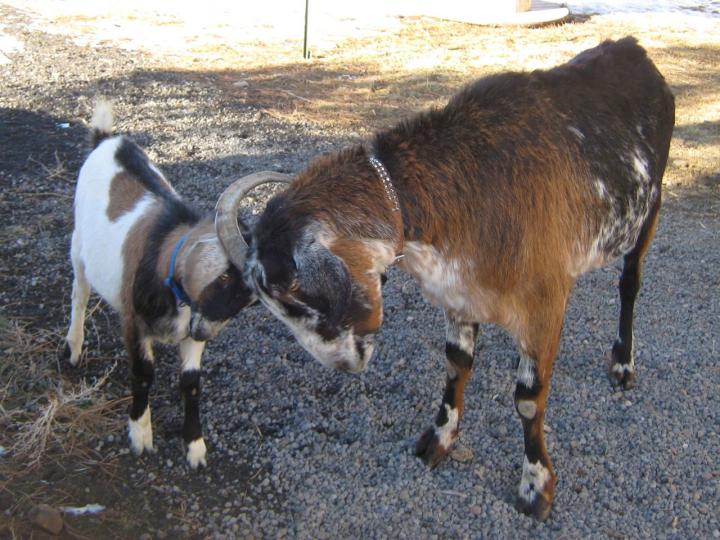 Please let me out of this madhouse! 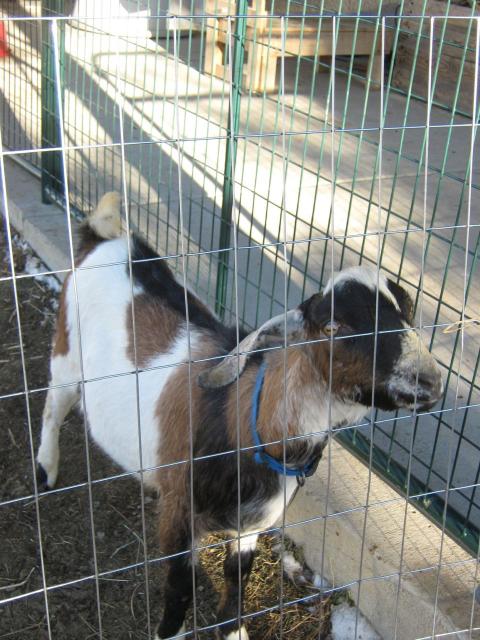