We have been blessed with an abundance of moisture throughout this past spring. Regular small snow storms hit us throughout March and April, and May came with several long, soaking rains that saturated the already soggy ground and brought grass to places I thought could never be green again.

The goats have been enjoying the lush pasture! 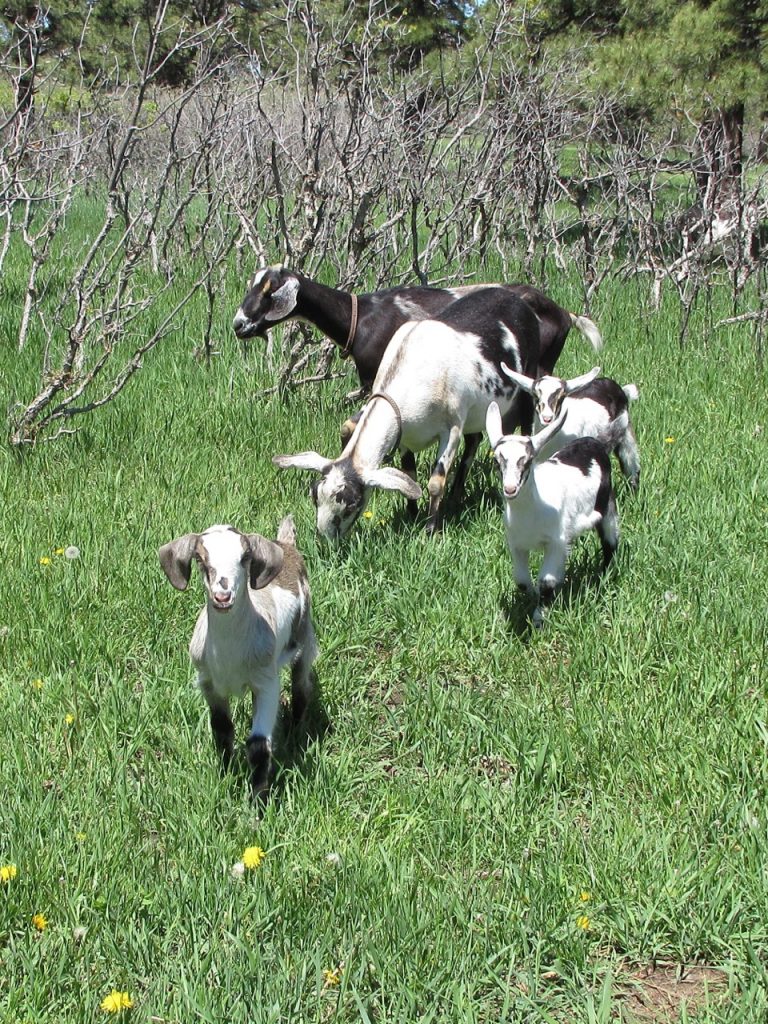 Meet the Three Stooges! From left to right we’ve got Ruby, Sapphire, and Diamond. If our place is a circus, these three are the head clowns! We have a hard time photographing them because they won’t stop jumping on us. They LOVE any kind of attention and if anyone sits down for even a second, they will immediately find themselves covered in muddy little cloven hoofprints from twelve little muddy cloven hooves. 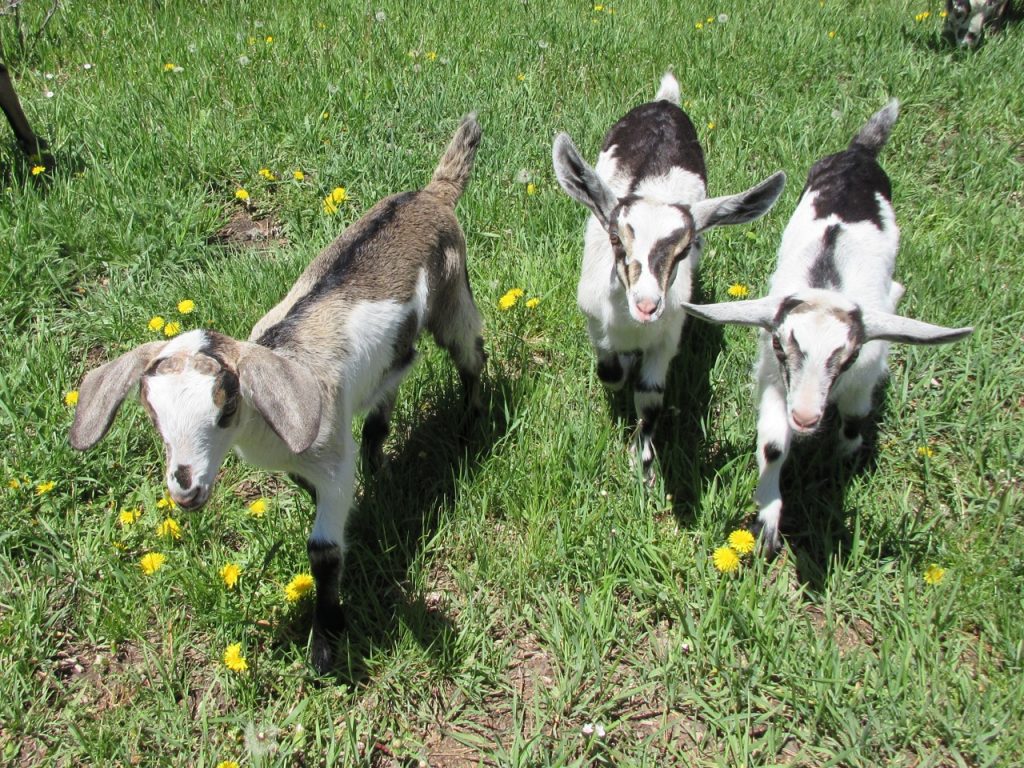 Ben Gunn is an old soul trapped in a young body. He looks like a baby, but don’t let his youthful appearance fool you! When the madcap girls are jumping all over us, Ben Gunn keeps a stoic distance, grazing maturely with the adult goats. He doesn’t even do much rough-and-tumble with the other goats when people are not there! He prefers to butt heads with the big goats and all that baby stuff is beneath him. For all that, he’s not unfriendly. He loves it when I sit quietly with him when the girls aren’t around, and big as he is, he’ll still climb in my lap as long as his crazy sister isn’t jumping on his head. 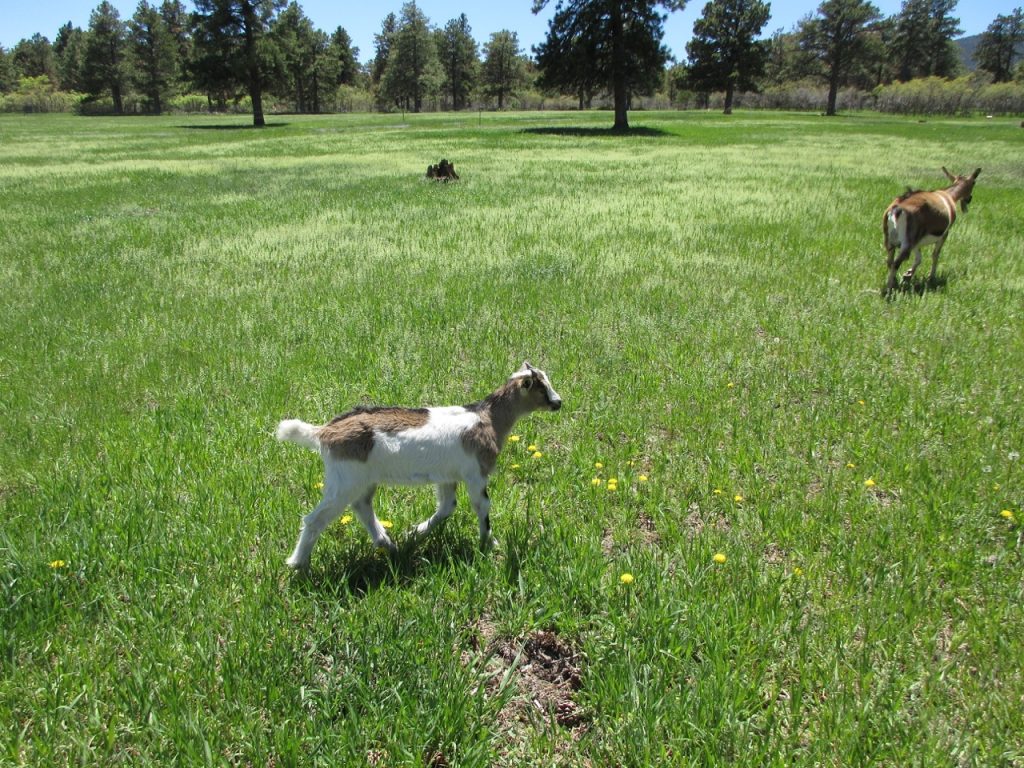 In one night of rain our neighbor’s nearly-empty pond filled almost to capacity. The next day it filled even more. We haven’t seen it this full since 2017. 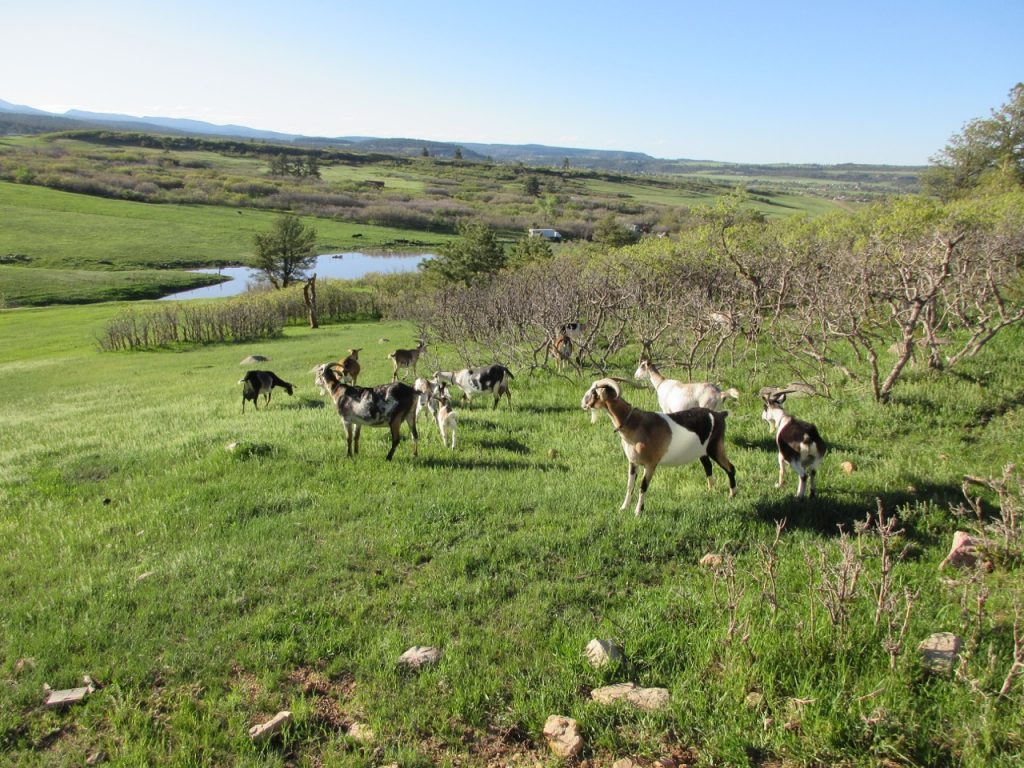 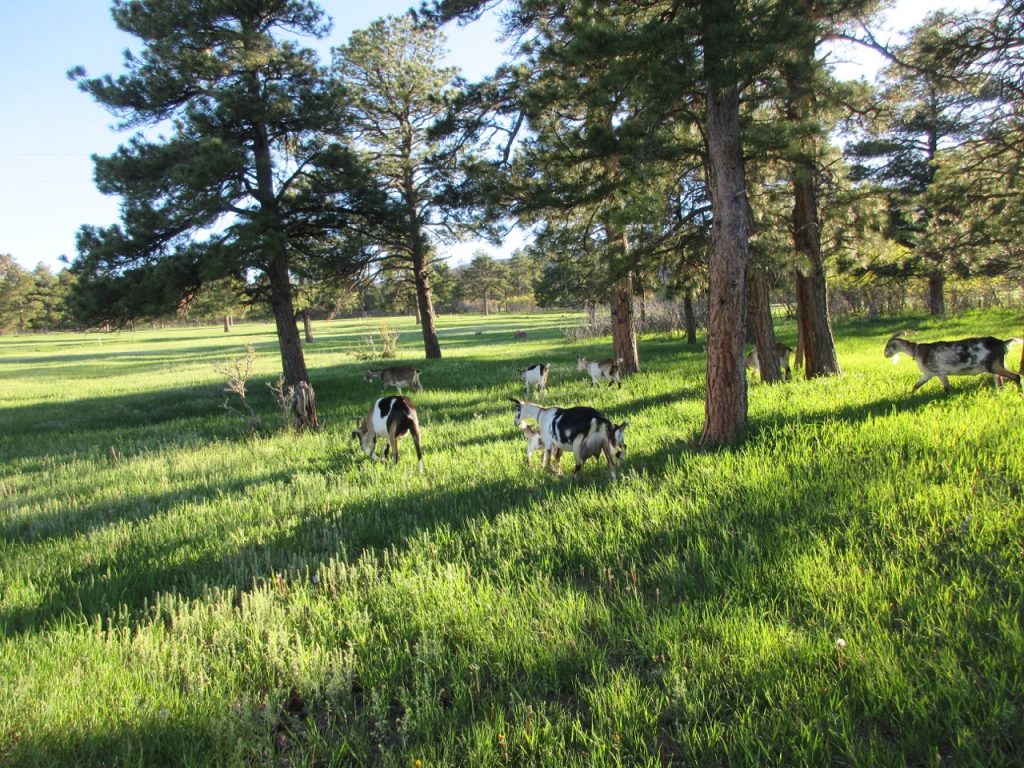 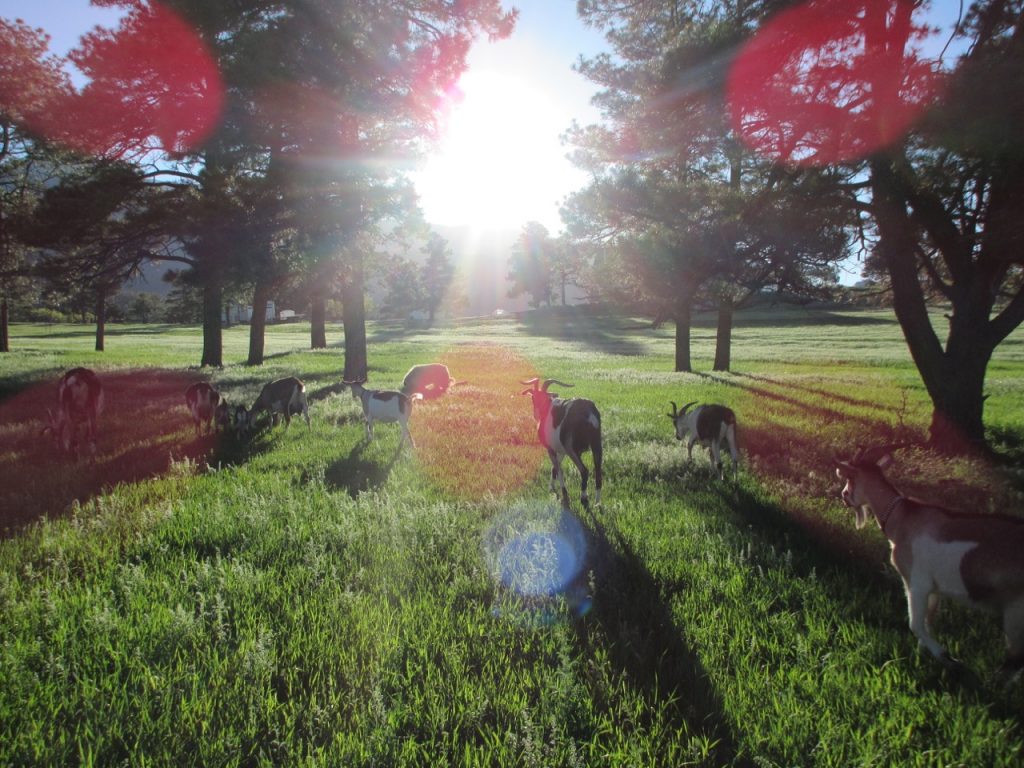 Scout sure has been looking grown-up and pretty lately! 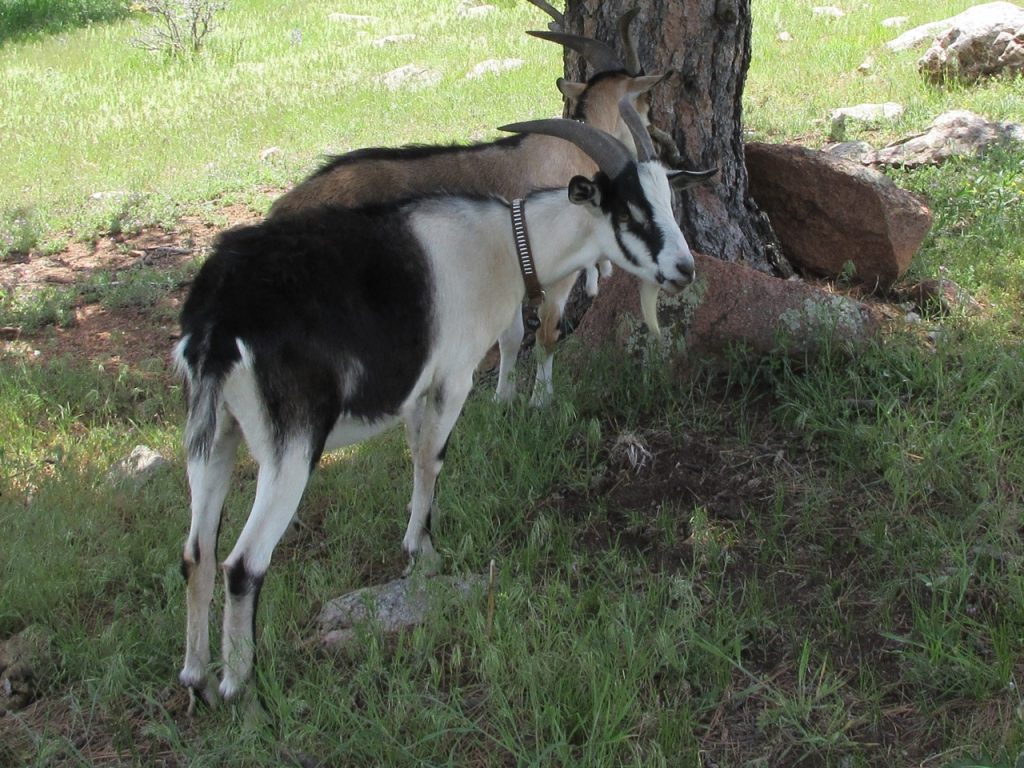 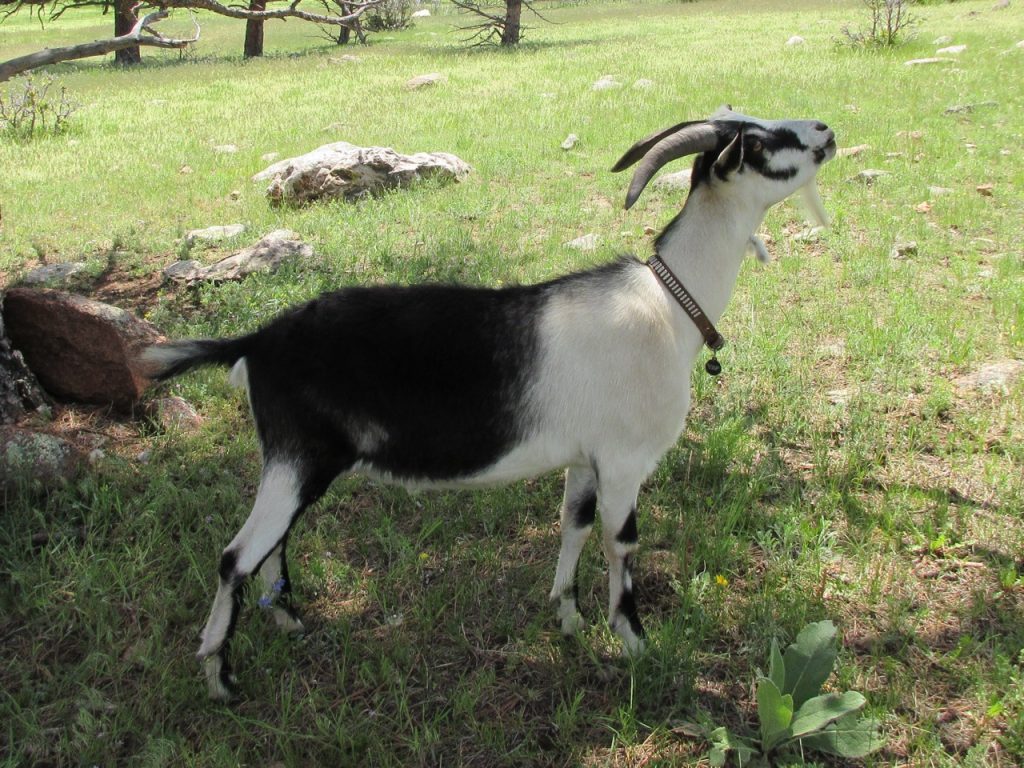 Oh… he’s not posing. He’s just looking to see if Phil has a cookie for him. 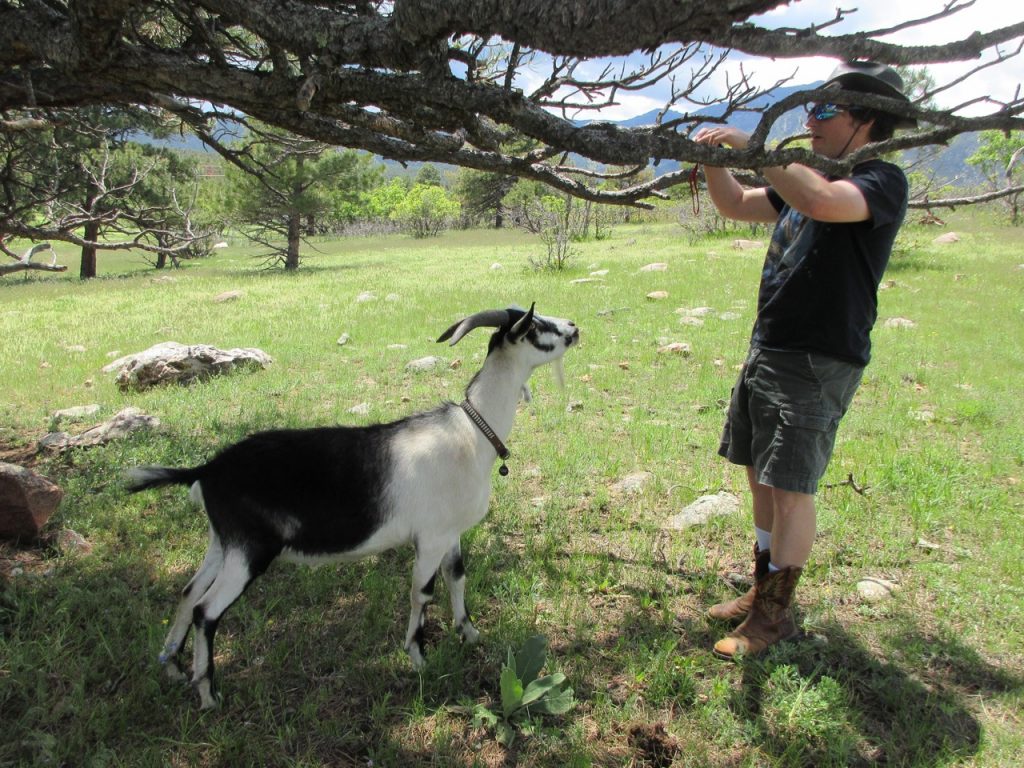 Snowball has been keeping her kids closely confined to one of the shelters. This was understandable during this past weekend of constant rain, but now the babies are over a week old and they need some fresh air and sunshine! I evicted them from the shed this afternoon and forced their mother to take them on an outing around the property. They were delighted to finally be allowed to tag along with the big goats! 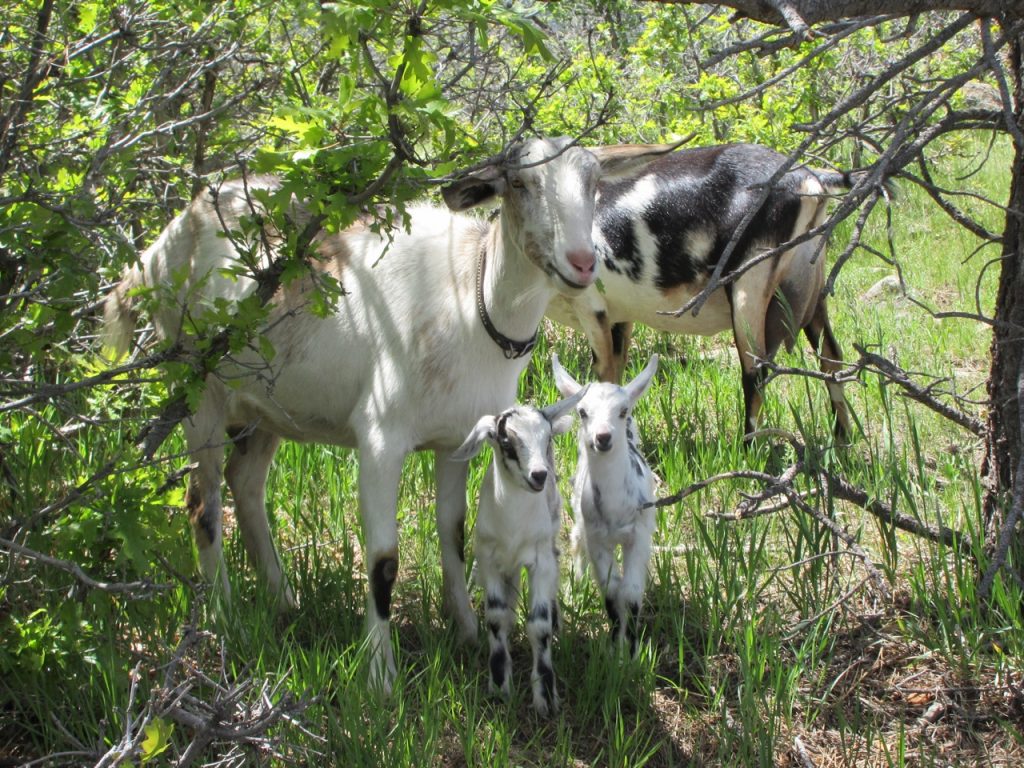 I can’t get over this little gals’ stunning markings! 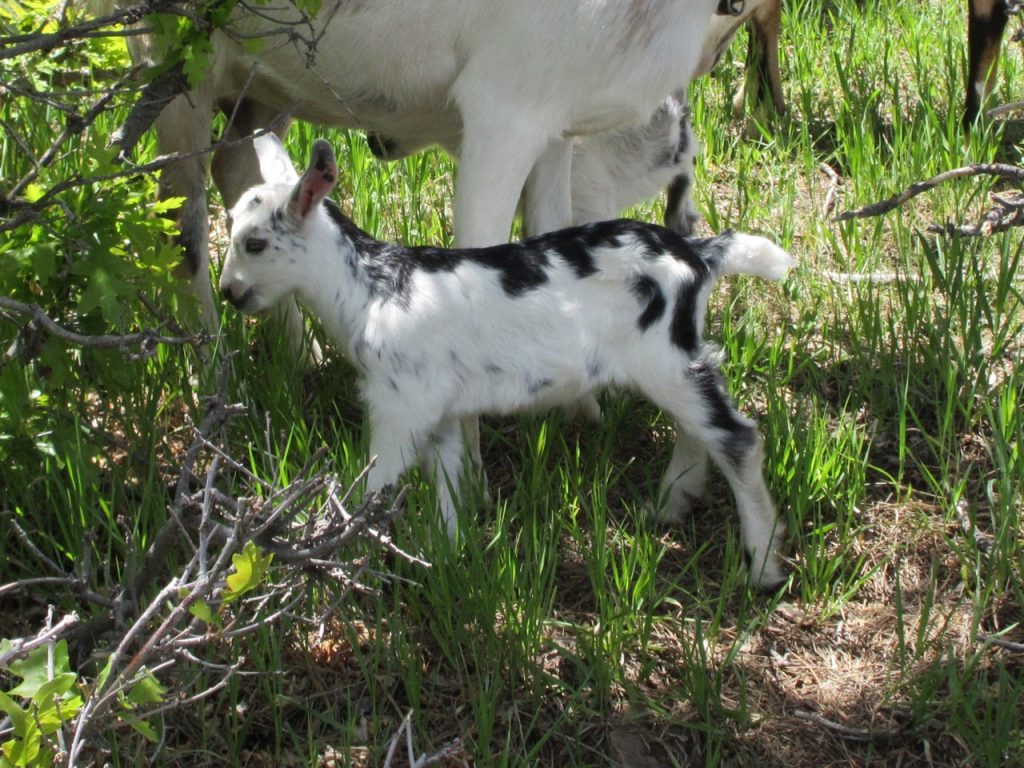 Sputnik got worm medicine this morning and has a sulk on. 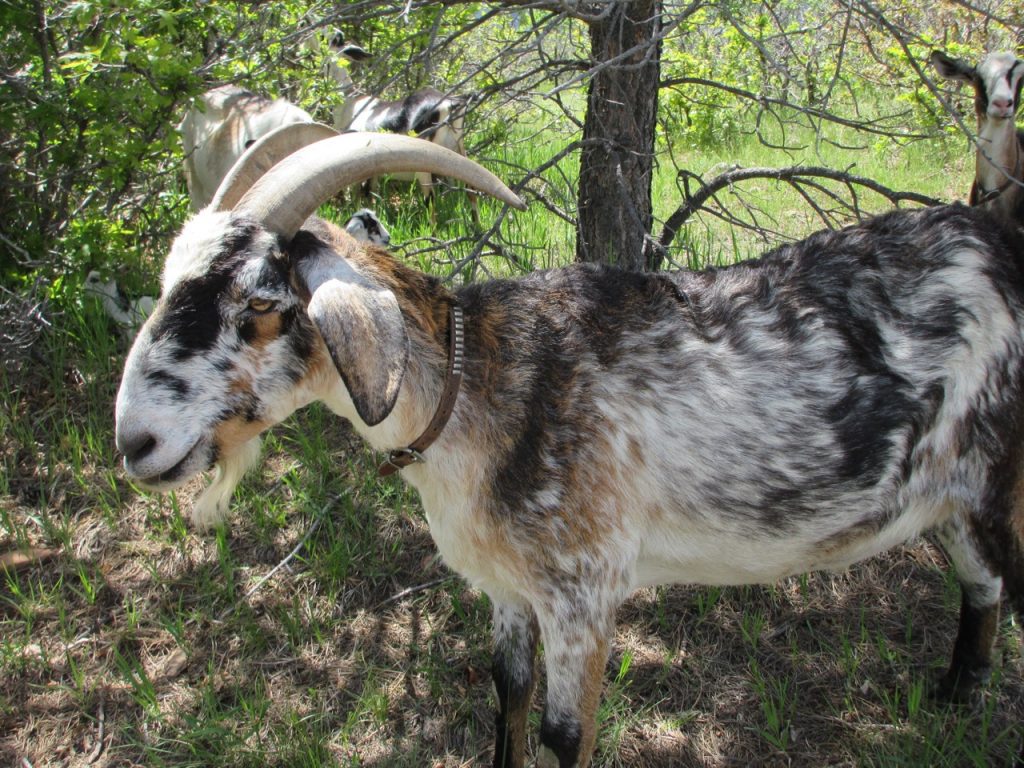 Finn hides and says, “Don’t give me any worm medicine!” 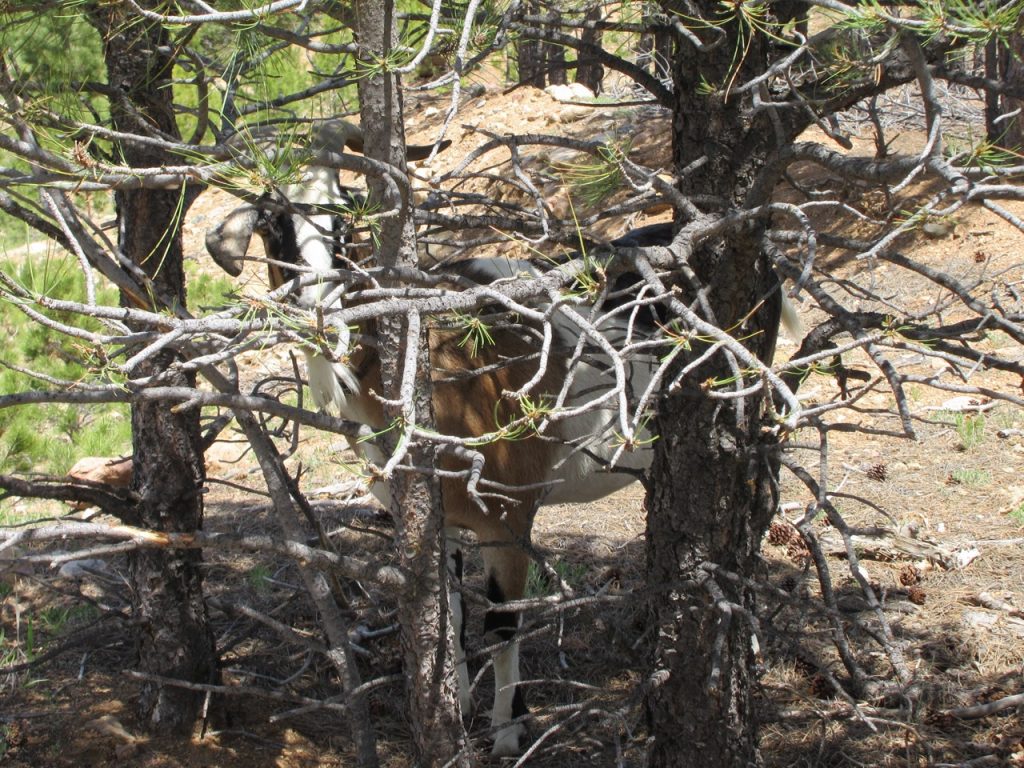