Last November I went to visit family for Thanksgiving and my mom, my aunt Jana, and I spent an afternoon poking around in some antique stores in Granbury, Texas. Jana was the one who spotted an incredible treasure. It was a plaster carousel GOAT! My heart leaped. I knew Phil would love it. But surely it would be much too expensive. Carousel horses–even small ones–are very collectible and often very expensive. A carousel goat had to be rare and I thought I would see a $100 price tag. But no, it was only $30. I had to have it!

But as unique as it was, it was also kind of ugly. It was dull gray with a very ugly tannish saddle with purple saddle blanket trimmed in red. The bridle was mint green and the harness was dark green with mint trim. The pole was red, white, and mint green stripes. On closer inspection the paint was stained with what looked like old yellow cigarette smoke and was beginning to flake in areas. But it was unique and I knew I could fix it up. I’m kicking myself now that I didn’t take photos of what it looked like when I bought it, but I didn’t expect the results to be so incredible.

I spent a LOT of time carefully peeling, scraping, picking, and sanding the old paint off. I discovered that one horn and one hind leg had been broken and repaired at some point in the goat’s history. I had to re-repair the hind leg because it came loose while I was scraping the paint off it. Once I got it down to the plaster I sprayed it with a white primer and had a beautiful blank canvas to work with. I was originally going to give this goat to Phil for Christmas, but because of the time involved I pushed it back to his birthday in February. Well, when his birthday came round I was only partially done with the paint job. It took me another week to get it completely finished, and it wasn’t until just this week–more than a month after his birthday–that I was finally able to get ahold of some glossy lacquer to finish the job and give it a fine porcelain look.

And here it is… a portrait of Huckleberry Finn as a prancing carousel goat! I wish the photos could do it justice because I think it came out rather fine. I especially enjoyed painting the detail around the eyes and ears. The little speckles were a lot of fun. 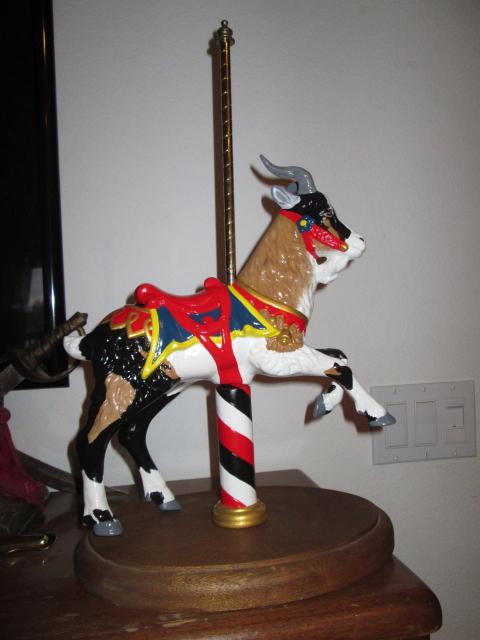 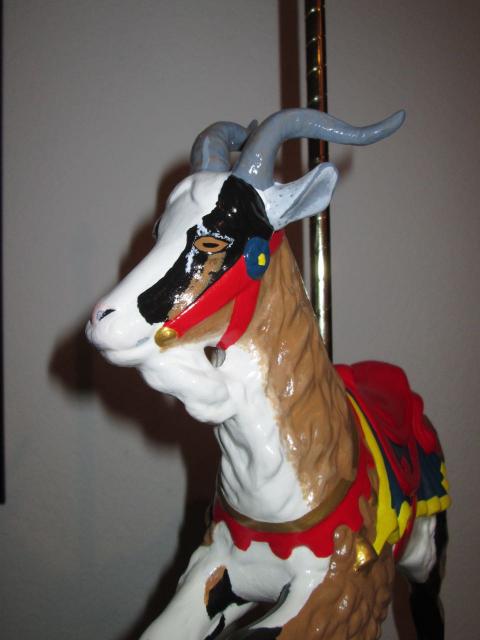 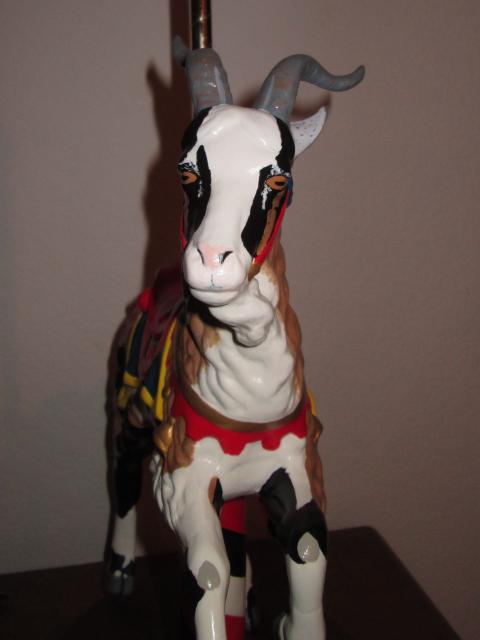 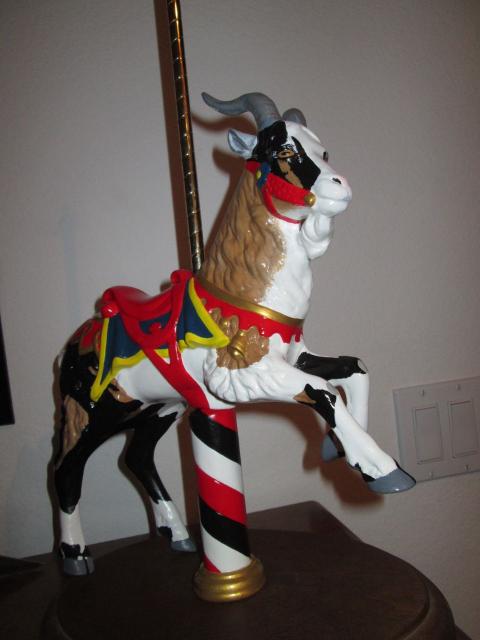