A few of us decided to drive over to Lake Henry for a swim on Saturday and I brought the goats. Cuzco, of course, swam at the 2013 Rendy, but I wanted to introduce the younger boys. The water was perfect–a very nice temperature and an easy, gradual slope with a solid sand and gravel bottom. Finn and Snickers balked at first, but they figured it out rather quickly and were soon following us into the water and swimming without hesitation.

Sputnik was a different story. He bawled at the top of his lungs the minute the water hit his chest, and he didn’t stop even when it went over his head. The result was that he ended up with facefulls of water which got into his mouth and nose and caused him to splutter and scream some more. The silly goat was so busy yelling that he wouldn’t kick his legs and promptly sank when the water got deep. I had to buoy him along until he settled down enough to figure out that if he just kicked his legs instead of bawling about the unfairness of life, he could float just fine.

“Come on Sputnik!” He went fairly willingly to this point. 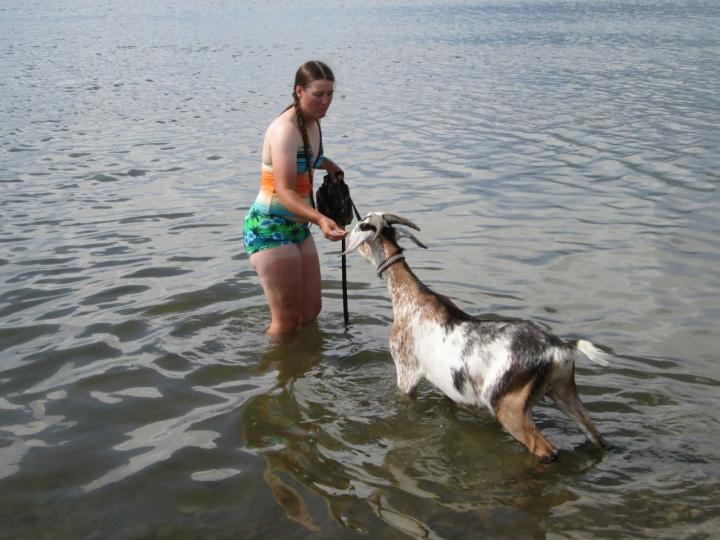 Finn and Snickers handled the water sensibly, and Finn even got to enjoying it I think. 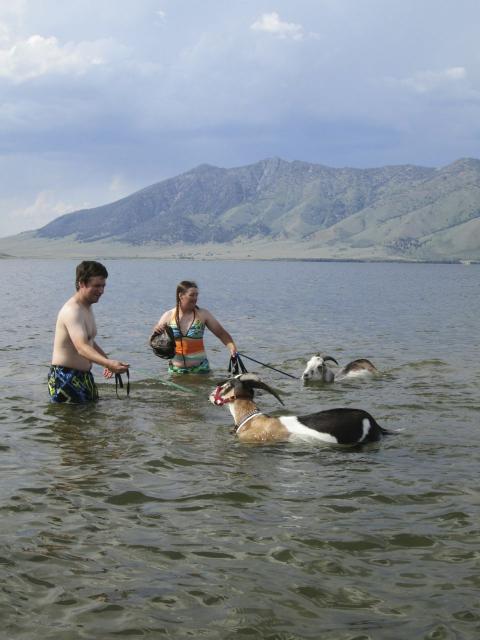 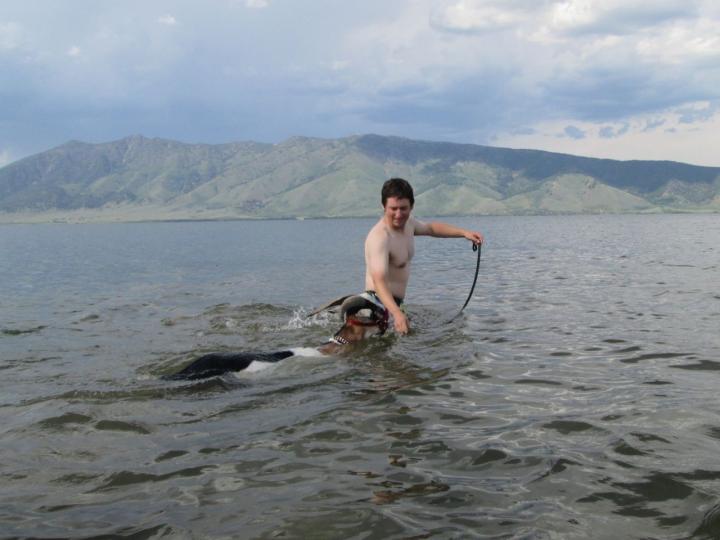 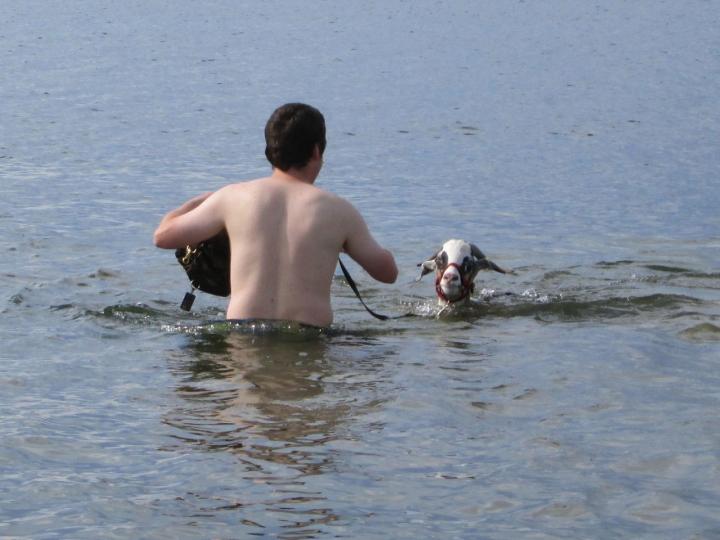 A close-up of Sputnik’s panic-stricken face as he floundered in the deep water. I was holding him afloat at this point. 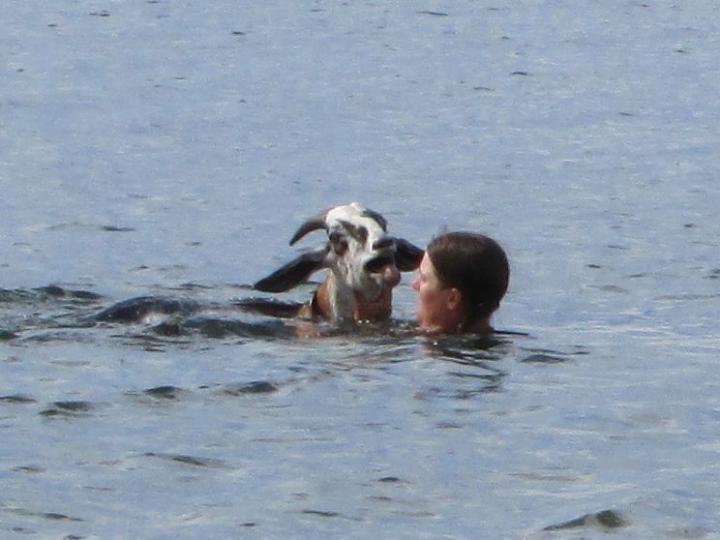 We took a short video of Sputnik’s (very loud) ordeal. He was convinced I was deliberately drowning him, but I promise I wasn’t! In fact, I was the only reason he stayed above water for the first few minutes!