June got away from me and here we are in July with no updates about our little goat herd or its last two additions which were born on May 29th, which happens to be me and Phil’s anniversary. Tigerlily was due on May 25th, but I had a feeling she’d make us wait. She has a history of going well past her due date and this can be a real problem if she’s carrying a single large kid. This time, however, I felt confident that she was carrying two so I allowed her to take her pretty time about it. I also had a feeling she was going to kid in the middle of the night so I made sure to lock her in the shed with the goat-o-scope so I could keep an eye on her.

Sure enough, around 3:30 in the morning I awoke to see Tigerlily tenderly licking and caring for two new babies standing on wobbly legs and searching for the milk bar. They were almost dry and looked as though they’d been born about two hours earlier. Phil and I watched them on the camera for about half an hour before we decided to go out and dunk umbilical cords and see what we had.

We’re not sure what order they were born in, but we had an almost 10 lb. baby boy and a 6 lb. baby girl. Both were two-tone chamoisee and the girl had a white face with the cutest little pink nose. Tigerlily did a great job delivering them and cleaning them up all by herself. Phil and I spent 20 minutes looking them over before we headed back to bed, but we managed to snap a few photos.

Tigerlily says, “Look what I’ve got!” 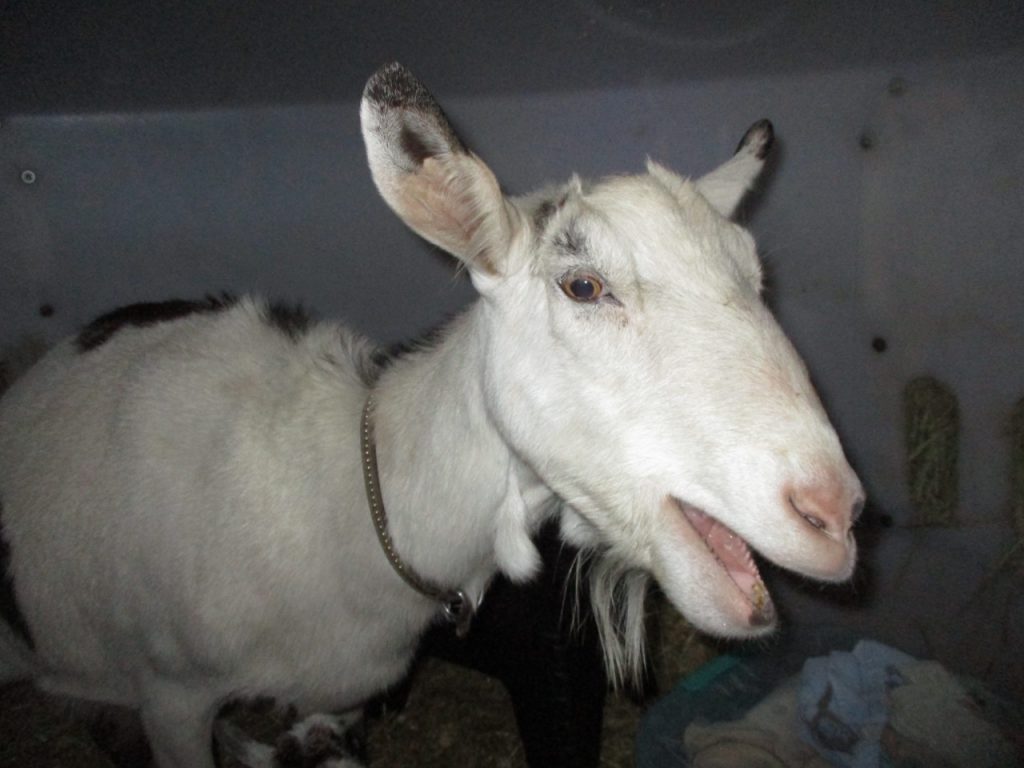 Tigerlily loved both her kids and had cleaned them up well, but she seemed especially interested in the little girl. Keep that in mind because things changed dramatically over the  next 24 hours. 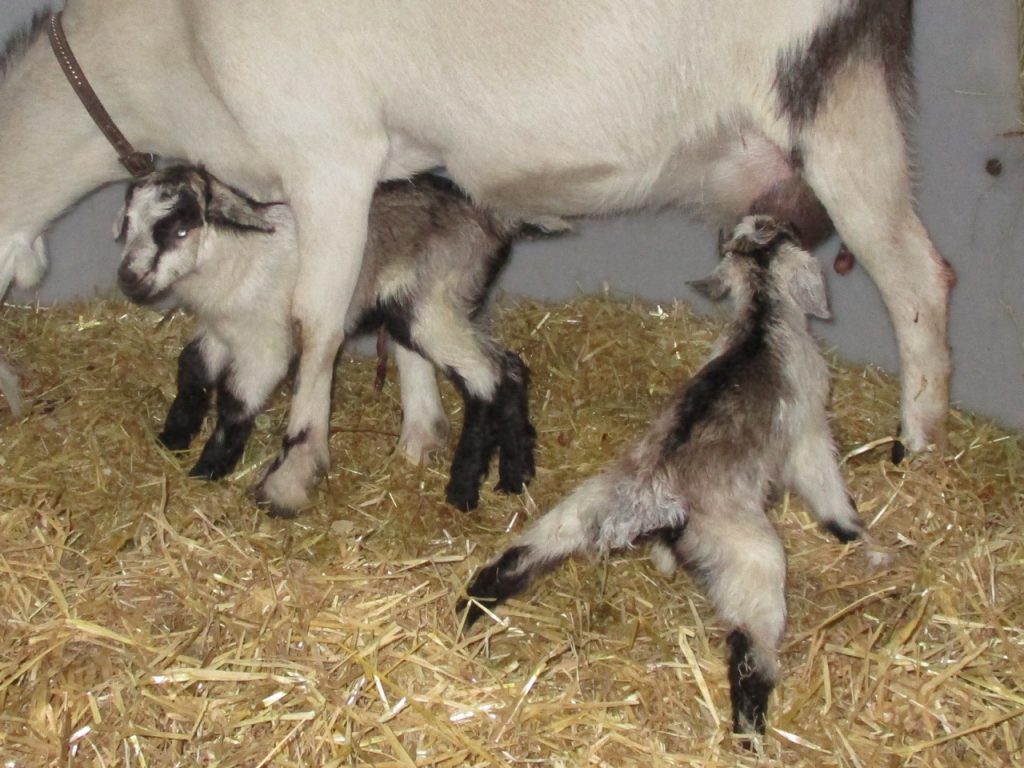 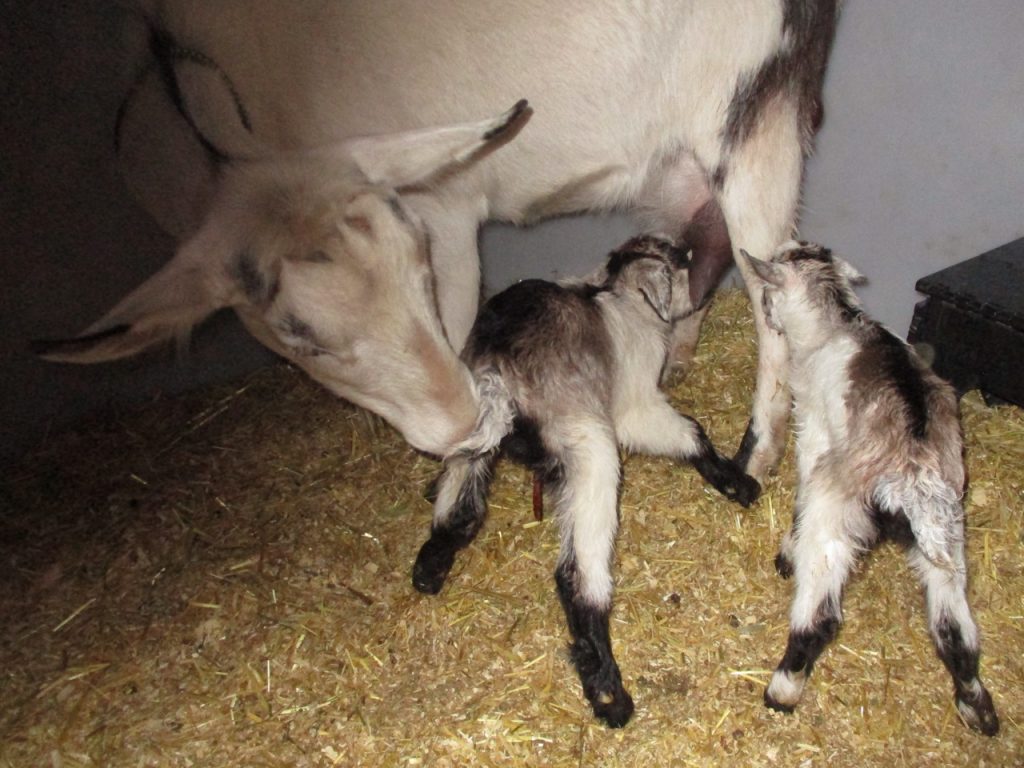 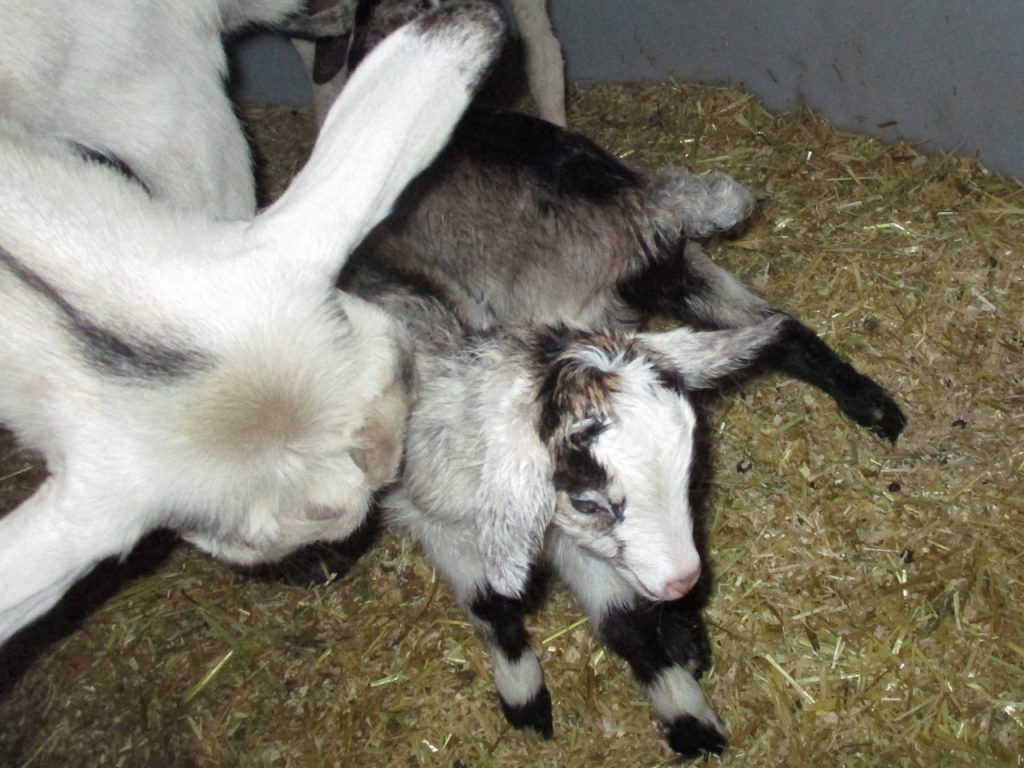 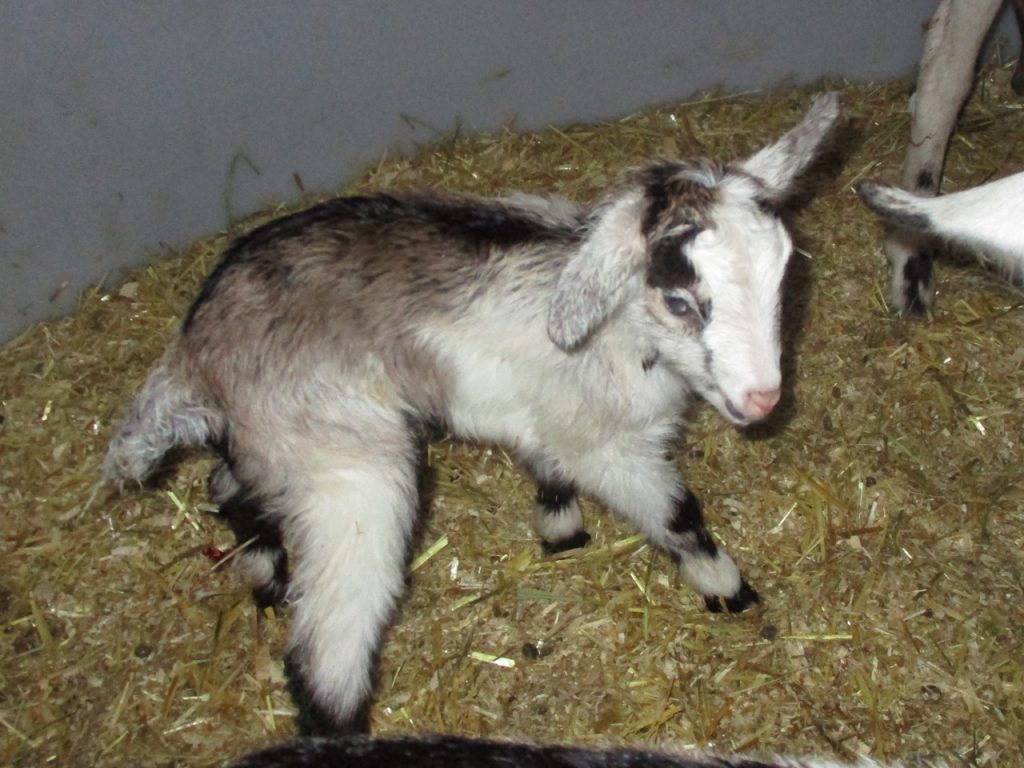 Proof positive that Tigerlily did in fact voluntarily feed this kid at one time. 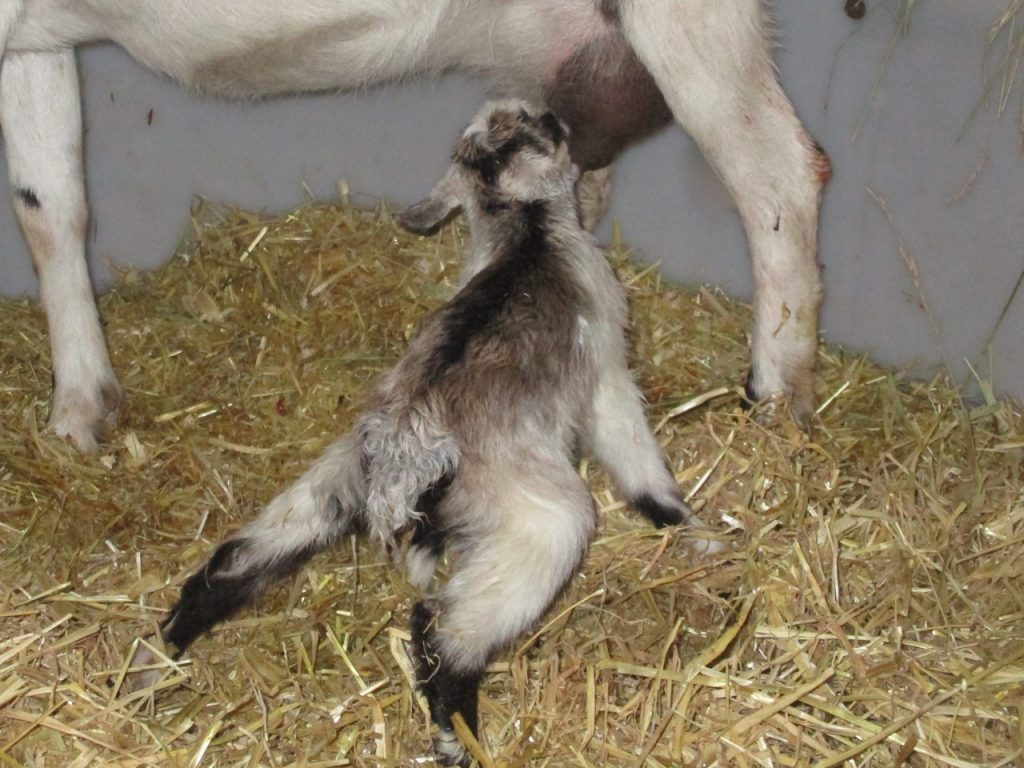 Cupcake was very interested in the new arrivals. In fact, Cupcake is always very interested in everything having to do with our herd dynamics and is one of the sweetest and friendliest goats I’ve ever seen. She greets everybody and never picks a fight or acts pushy. She is almost universally liked by every goat in our herd despite her low status on the “goatem pole.” 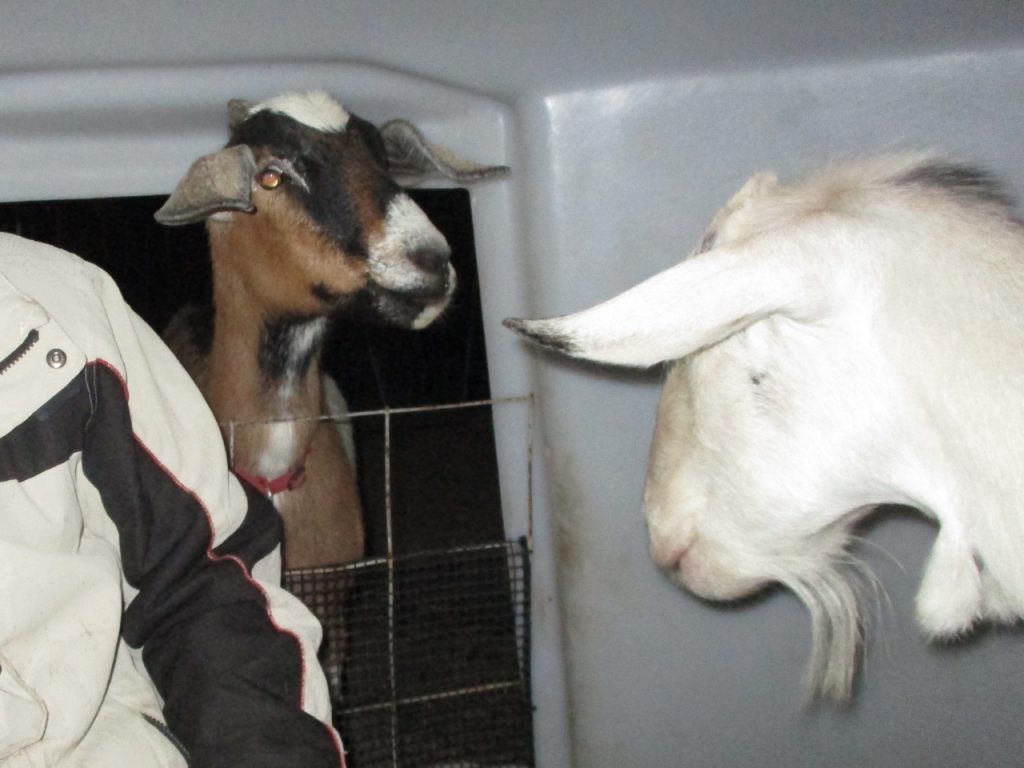