Our final day in Escalante was probably the best. We hiked a portion of Bighorn Canyon and encountered some of the prettiest striped sandstone we’ve ever seen. But more on that later! First we encountered a lot of mud. The rain we’d had the two days previous had turned this normally dry wash into a bed of wet and very slimy clay. Phil and I had a few close calls, but I’m relieved to say that neither of us came to grief. While it would have been funny to look back on, the prospect of ever getting that gunk out of our truck seats was enough to make us tread very cautiously up that stream bed.

GIANT GOATS ON THE MOON! RUN FOR YOUR LIVES!!!! 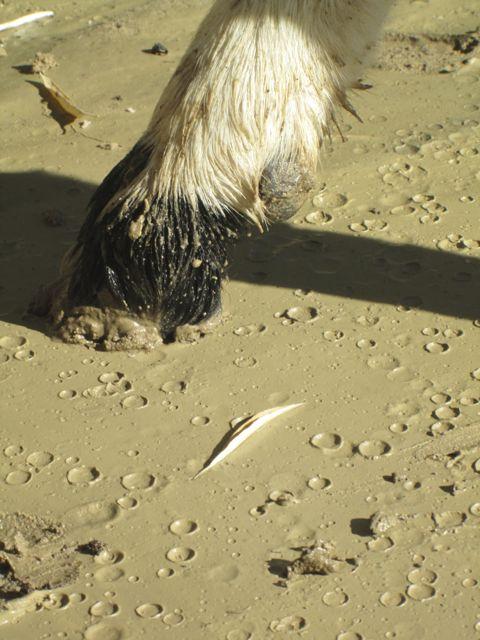 But Sputnik doesn’t usually feel the need to do daredevil stunts like this: 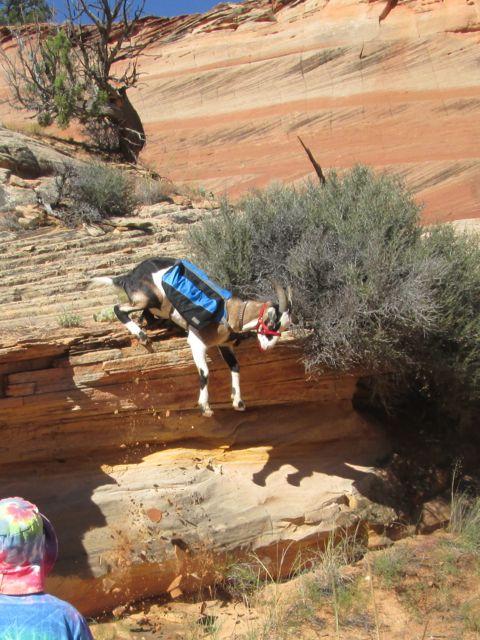 Cuzco doesn’t do daredevil stunts either. He doesn’t need to.

The first interesting feature we encountered was this row of giant dome-like rocks, the first of which had a tiny hoodoo on the very top. I wanted to climb up to it and even worked out an ascent plan, but when I contemplated a rope-less descent I decided that discretion is the better part of valor.

Phil and I went a short way up the side canyon with the giant domes and found a shallow slot where Cuzco and I spent some time bonding while Finn gazed down on us from the “high road.” 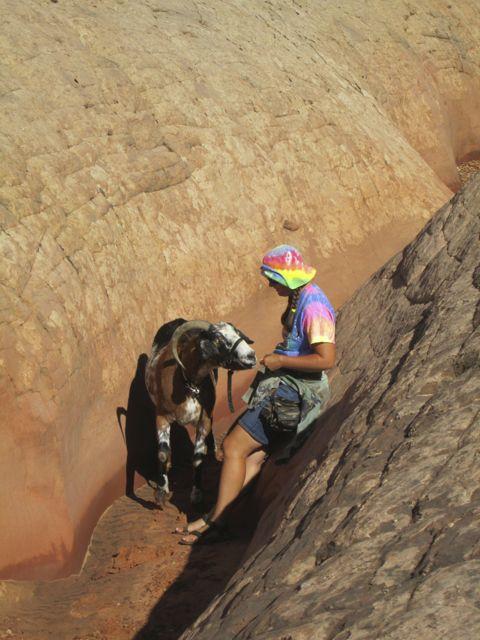 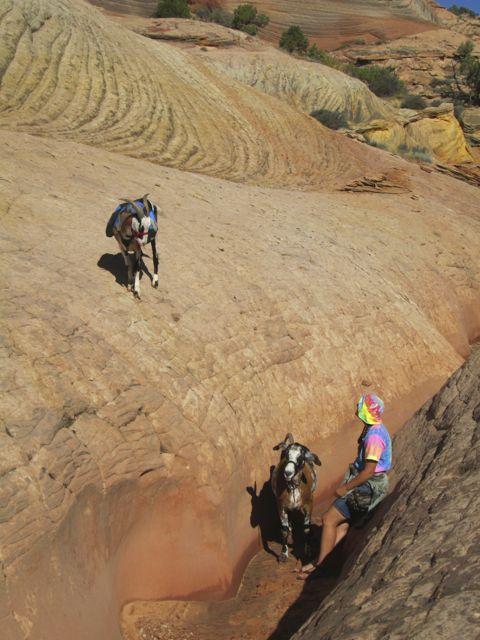 The turn into Bighorn Canyon was marked by a “hanging gate” on the hand-drawn map given us by our B & B hostess. Phil was very intrigued by the idea of a hanging gate and had to get pictures of its ruins.

The footing changed from gray clay to wavy pink sand the moment we turned into the canyon. 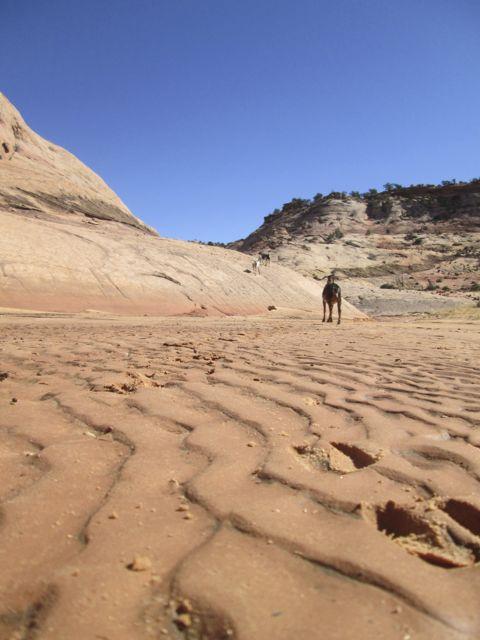 There were also goats falling out of the sky.