We had plenty more daylight after Calf Creek Falls, so we headed just down the road to the Hwy 12 Escalante River access where there is a short hike up to some petroglyphs. Unfortunately, we could not take Cuzco on this hike. There was a rock shelf that was simply too high for him to climb or jump. He tried, but it was too much for him. I sadly had to take him back to the truck and leave him there while the rest of us took to the trail without him. Our one consolation was that it was a very short hike and we could see the truck from much of it. It was a cool, cloudy day so I knew he would not be uncomfortable–just unhappy. We were all unhappy. Poor Cuzco!

Well, I say the hike was short, but it would have been a lot shorter if we hadn’t taken a wrong turn. We didn’t find petroglyphs, but we found this cool pregnant-looking rock. 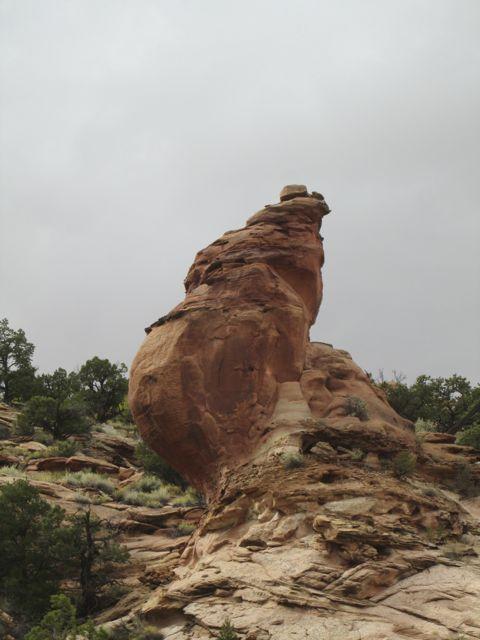 The boys got a nice drink and we headed back the other way.

Once we got on the right trail, the petroglyphs were easy to spot. The were right at eye level! The square cuts around two of them are from early archaeologists’ attempts to remove them so they could be displayed in museums. I guess they decided the rock was too fragile or something because for some reason they gave up. I’m glad.

Sputnik poses next to the image of his ancient relatives. 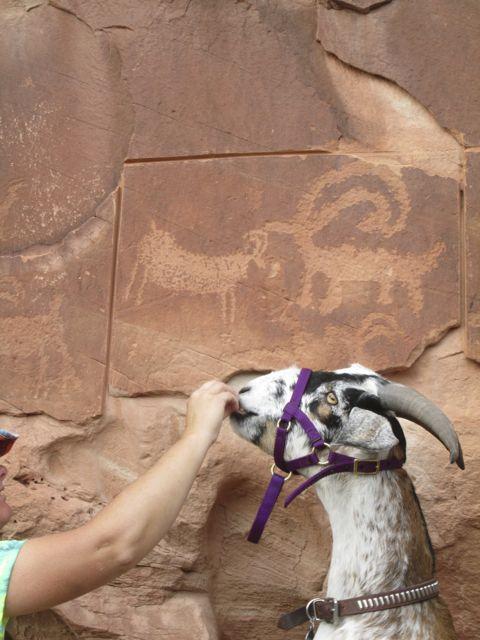 There were more petroglyphs further on which were quite fascinating. Our photos of the most interesting rock art did not come out, but you can see it if you do an internet search for “hundred hands pictograph”. It was four rows of handprints from what appears to be many different people who dipped their hands in paint and slapped the wall. Very cool! If you look closely at this petroglyph you can see a papoose!

I thought this rock looked a lot like Sputnik. I kind of regretted bringing him on this hike. He was terribly upset that we left Cuzco behind and he would not stop wailing. It wouldn’t have been so bad if he weren’t so LOUD. For such a little guy he sure has a set of bellows! 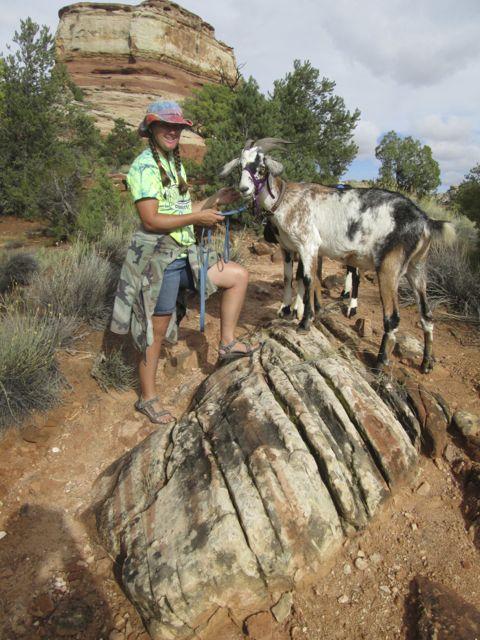 When we were loading everyone up to leave, Cuzco took off while I was rearranging tether spots. He left all of us at the truck, ran across the parking lot, and made a beeline for the trailhead. He totally ignored my calls and went a ways up the trail before I could catch him. I think he was determined to take another whack at that high rock and prove to himself that he could still do it. Poor fella. It’s awfully hard to see him get too old to do things he loves.