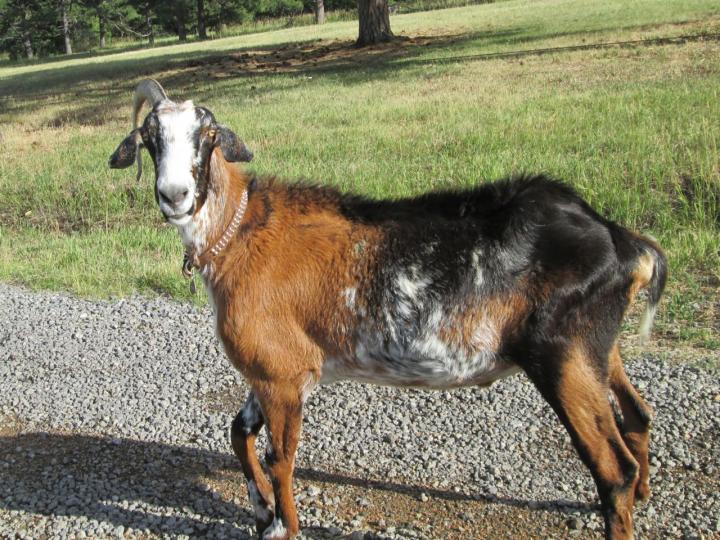 “I can even be goofy once in a while… if it means cookies!” 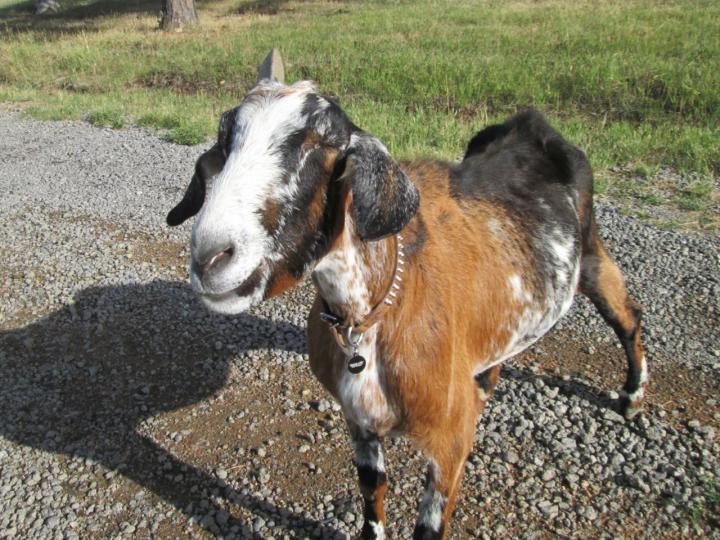 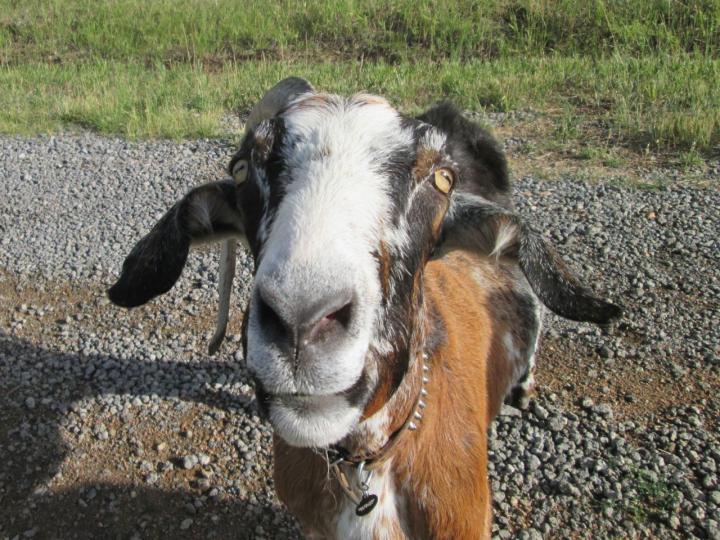 The poor fella has lost a lot of flesh in his old age, but I still admire his powerful shoulders and the length of his stride once he gets going. It takes him longer to get going these days and he certainly expends no extra energy, but he still loves a nice walk. 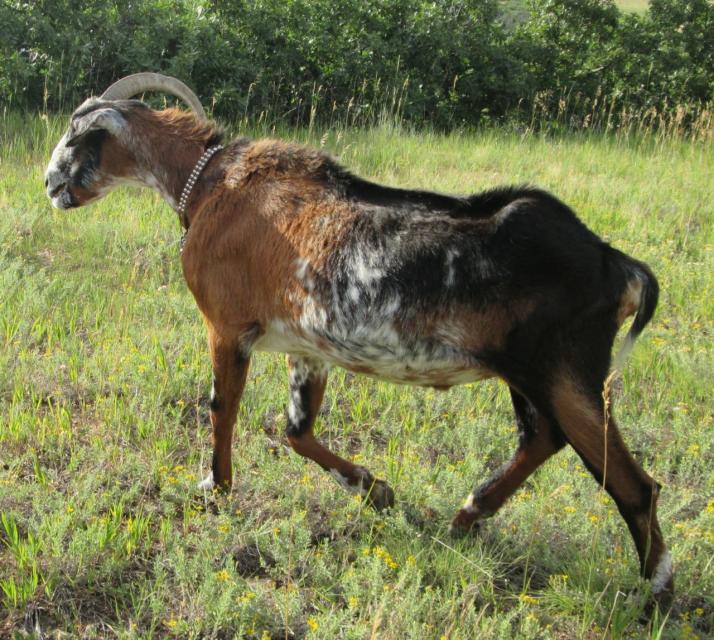 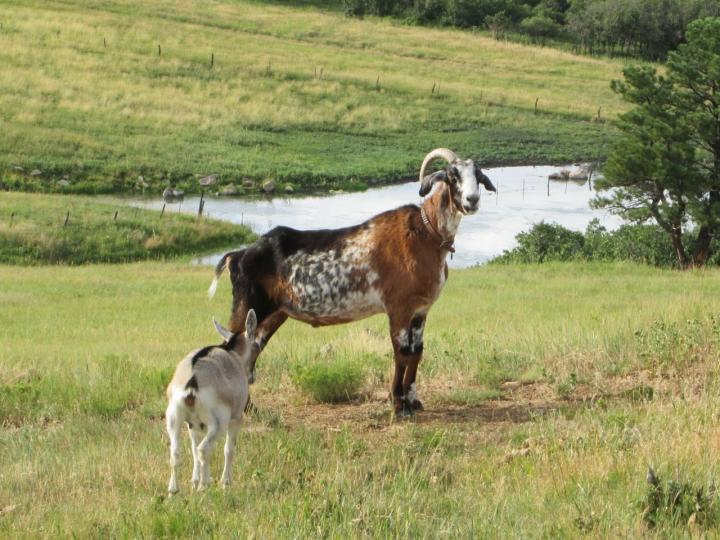 Last week Phil and I went for an evening walk after we’d already put the goats to bed. We decided it was too much to take the whole herd, and no one wanted to come with us except Cuzco and Finn anyway. So we brought those two out and started down the driveway. About halfway down, Cuzco whipped round without warning and broadsided Finn. He spun Finn around 180 degrees then shoved him toward the goat pen. And that was the end of Finn’s walk. We tried calling him to follow us but he would come no further. Finn stood in the driveway baa-aa-ing despondently until we were out of sight. Cuzco, on the other hand, could not have been more smug. He strutted for the rest of the walk, pleased to have Phil and I all to himself for once. Finn made his lonely way back to the goat pen where he waited sadly by the gate until we returned. We gave him some cookies as a consolation prize.

Normally I would not let one goat bully another out of a walk, but I sometimes feel that Cuzco needs these jubilant little triumphs lest he stop feeling relevant. And I know he misses the one-on-one time he took for granted during those years as an only goat. He spends much of his time growling at Phil and I with his hackles raised for one thing or another these days, but when he gets us to himself he’s as sweet and loving as can be. I try to get him up on the porch from time to time so he can be alone with us, but he’s had difficulty managing the stairs this summer. He needs one of those stairlift chairs. But despite being increasingly cranky and arthritic, he’s never late for his grub! I recently got ahold of a huge jar of pecan brittle and woe to any goat but Cuzco who tries to touch it! A lack of teeth does not deter him from devouring it in enormous, crunchy mouthfuls. And with no teeth, I don’t have to worry about giving him cavities.