Little Yeti attends one of Phil’s work meetings in the office. 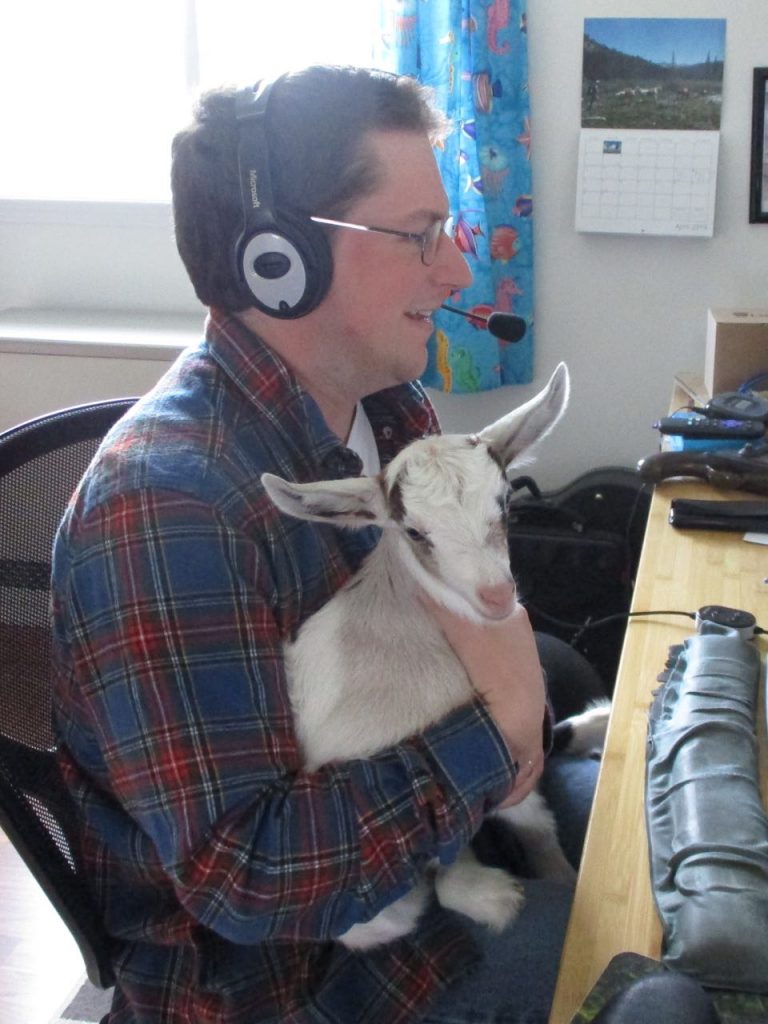 TinCup takes a break in the warm, sunny gravel with her three kids around her. 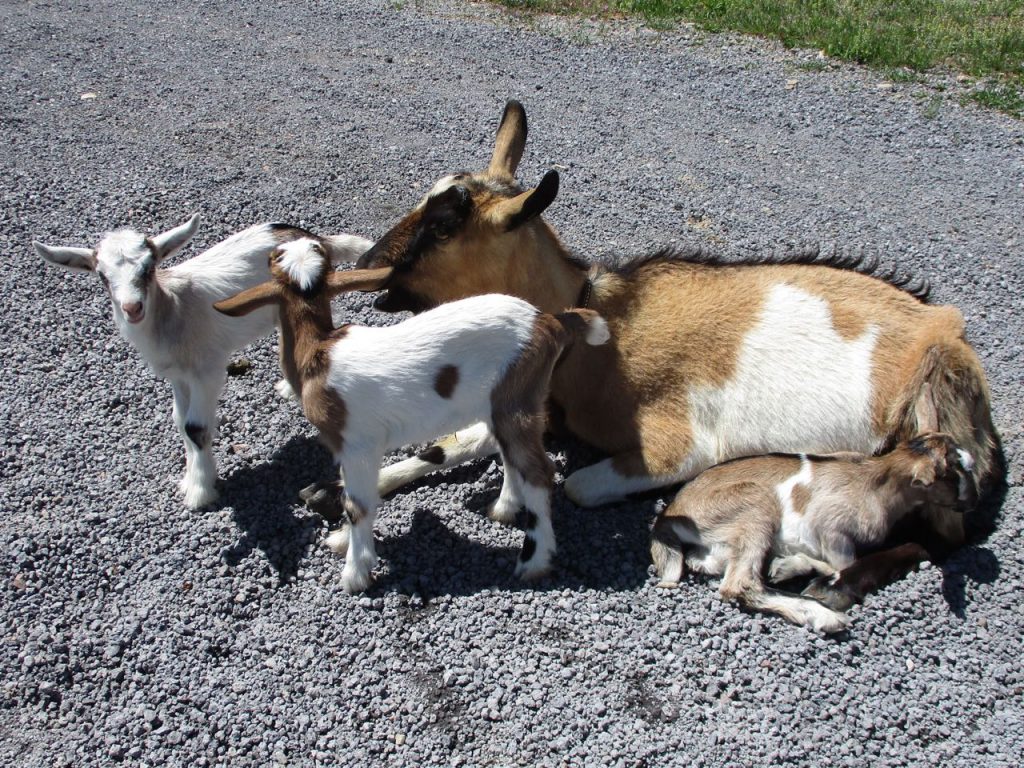 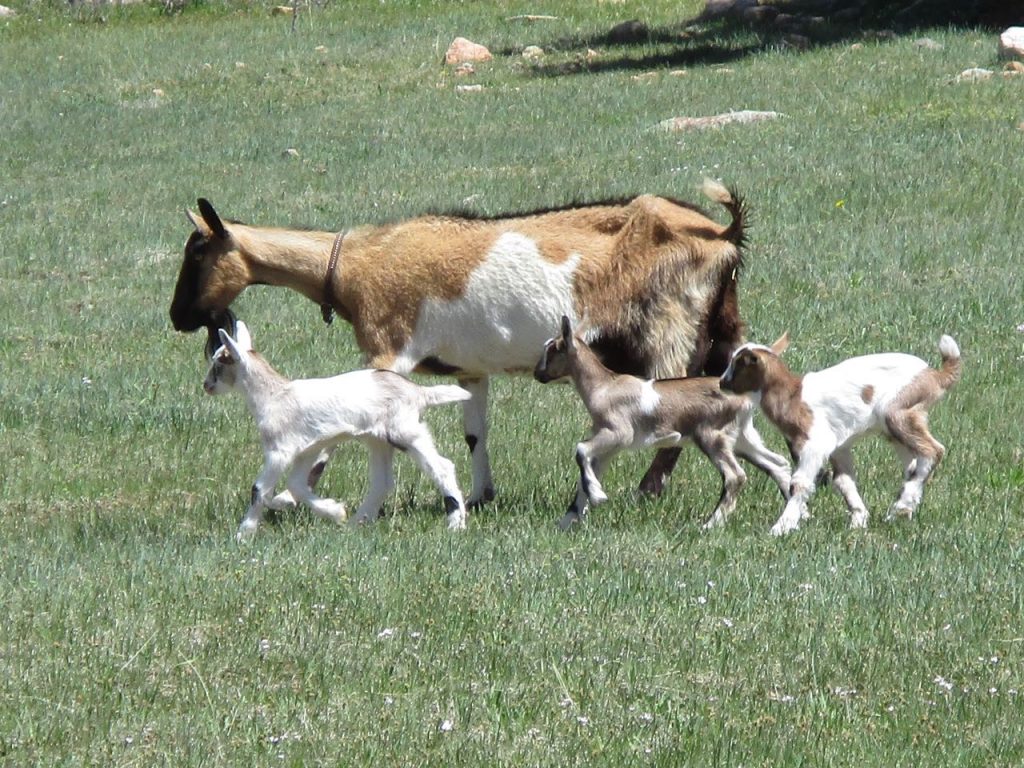 Little Buster Brown is one of the stoutest kids we’ve ever had. His build and personality remind me a lot of Finn. 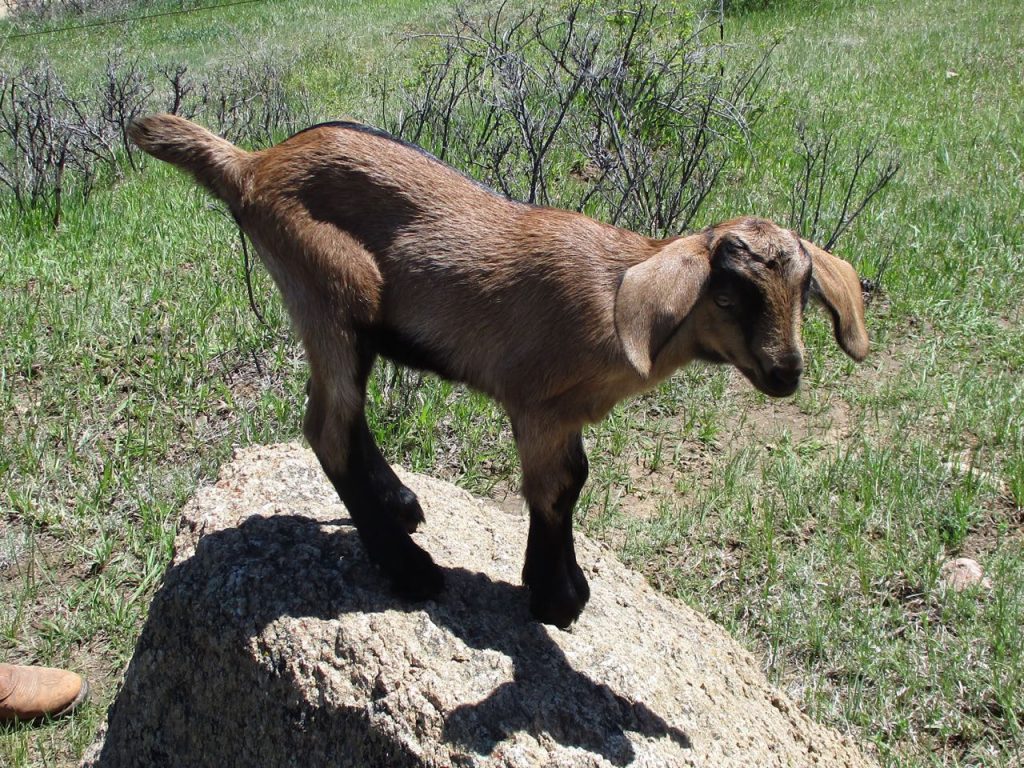 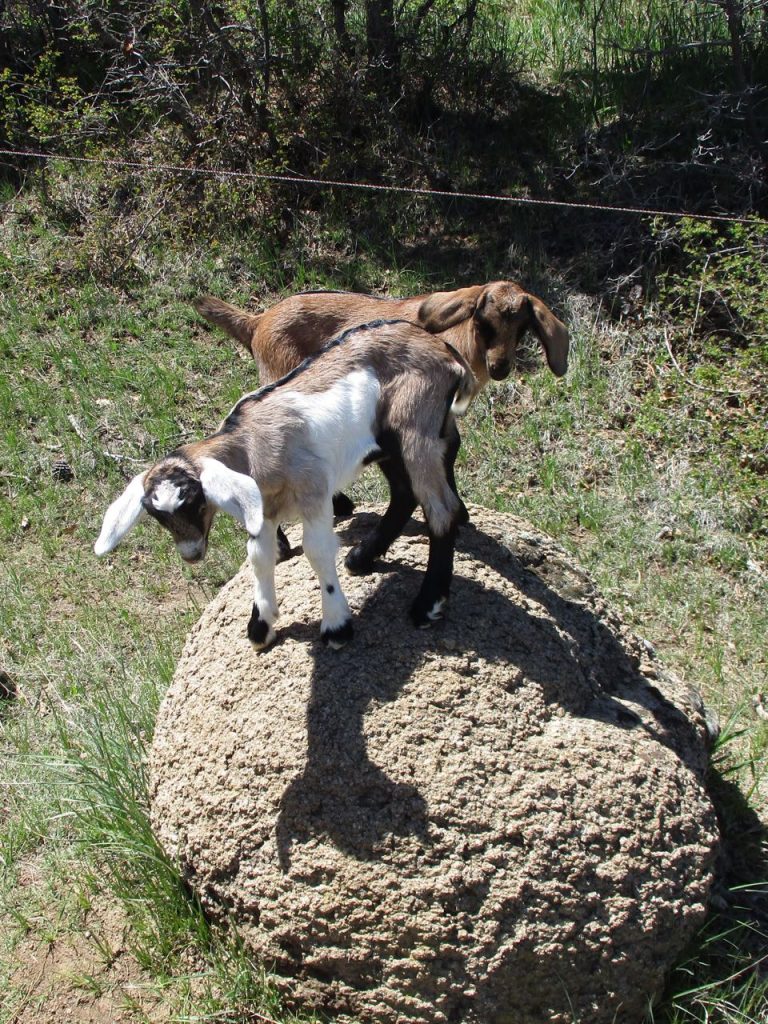 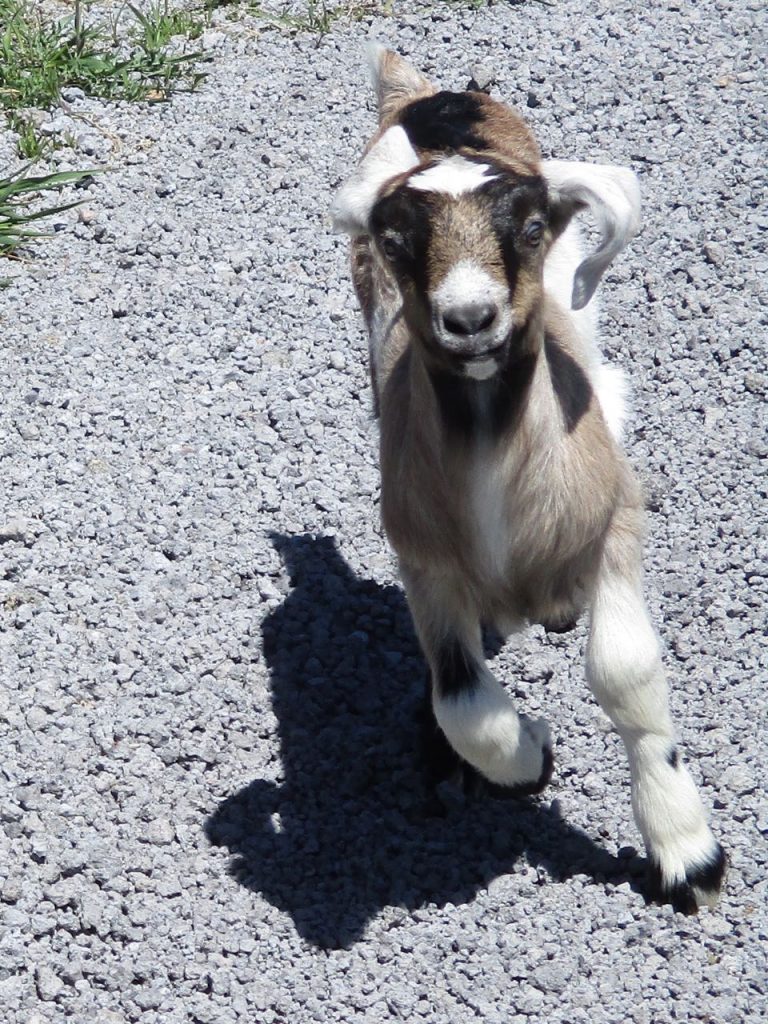 This has been one of the greenest springs we’ve ever had. I look out the window and feel like I’m in Switzerland. 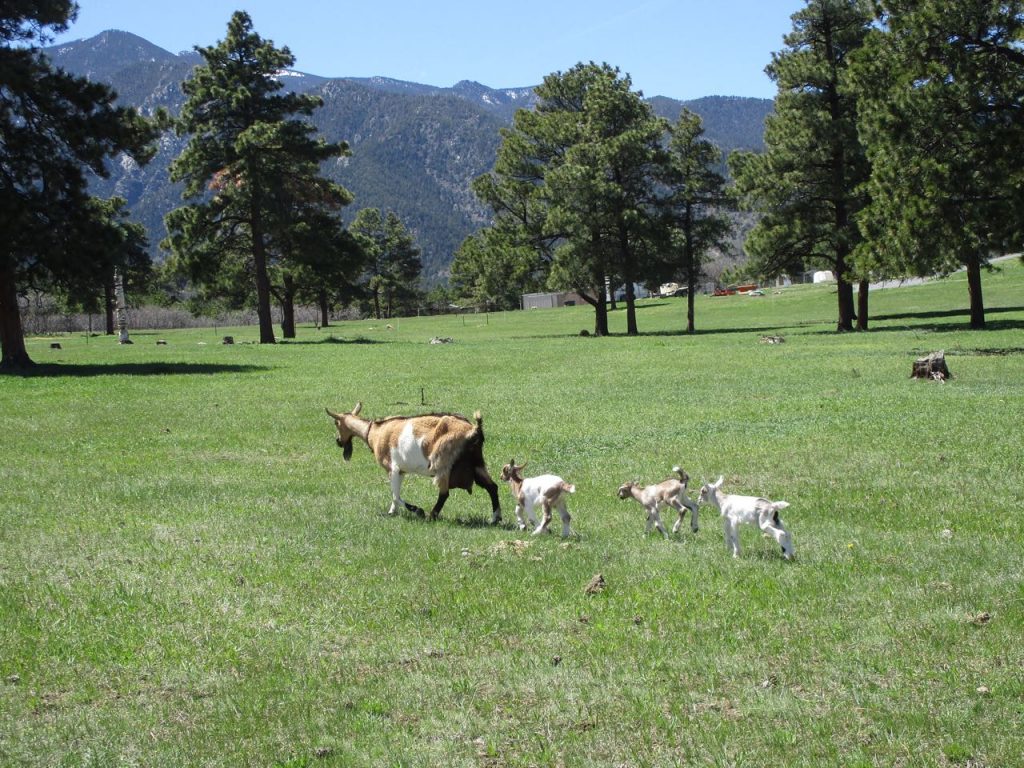 After the first day or two, one of Snowball’s ears started folding back against her neck along a crease it had when she was born. It got worse over the following few days and soon the inside of her ear felt hot and weepy. She kept scratching at it with her hind foot. So I put a cardboard tube on the inside, a short piece of a paint stick on the outside, and duct taped them to her ear to unfold that stubborn crease. I thought it would straighten out in a day, but it ended up taking three days of wrapping before the ear stayed stiff on its own. It still has a funny little fold near the back, but at least she can hold it out now and the air can circulate inside. 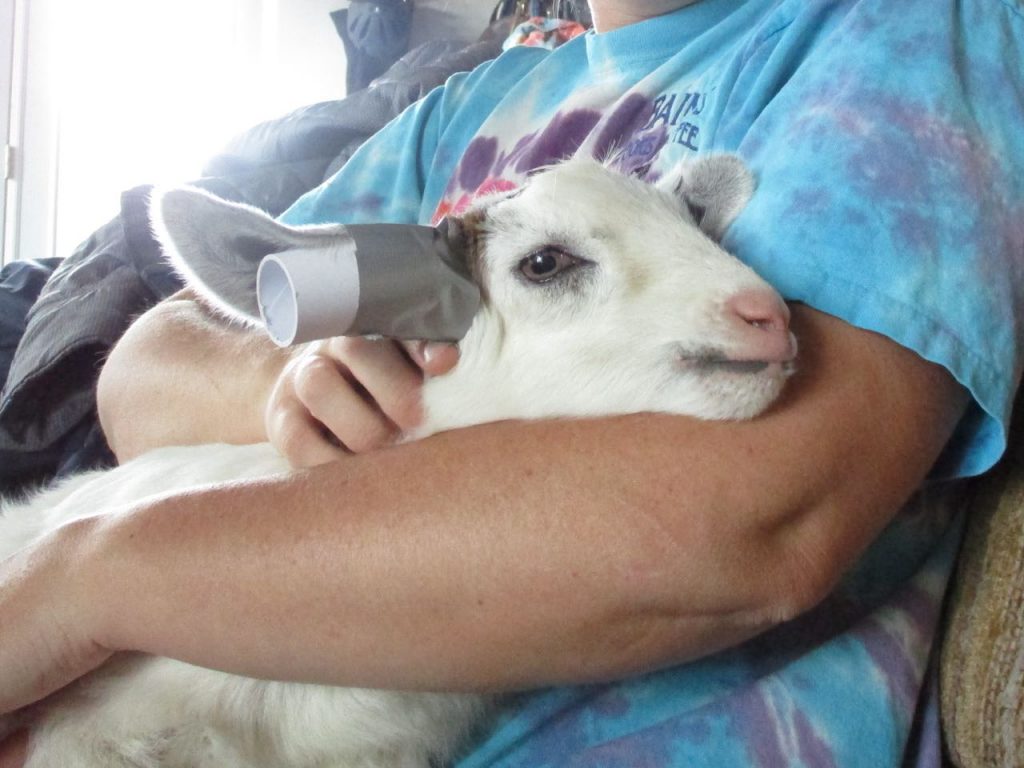 One day I found all six babies curled up inside the small doghouse. What a fuzzy little pile of cuteness! 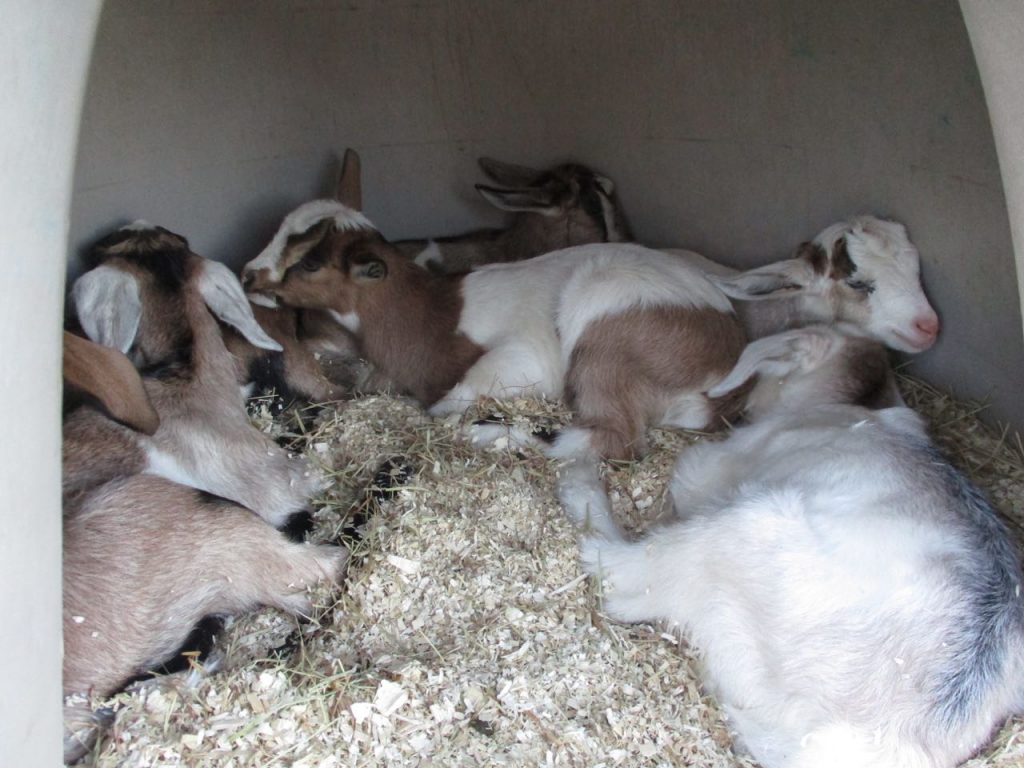 Phil and I love to bring the kids into the house in the evenings to watch movies with us on the couch. Cupcake and Brownie have been some of the most fun. They play and play before the show starts, but then they’re both content to settle down and sit quietly when the film starts to roll. 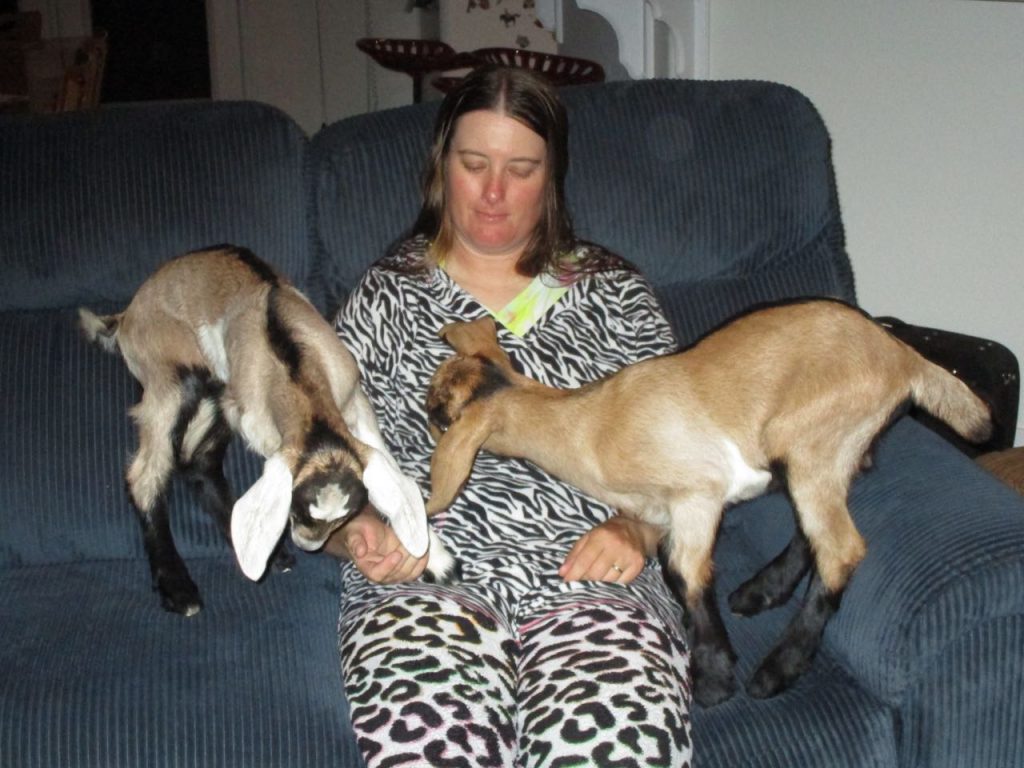 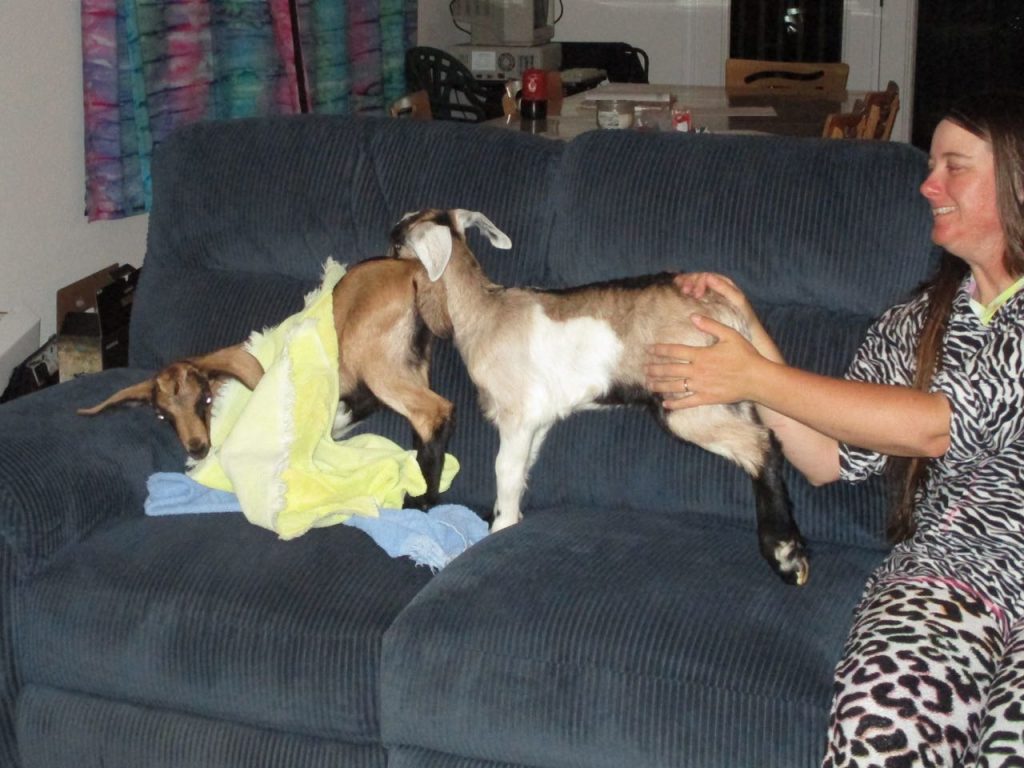 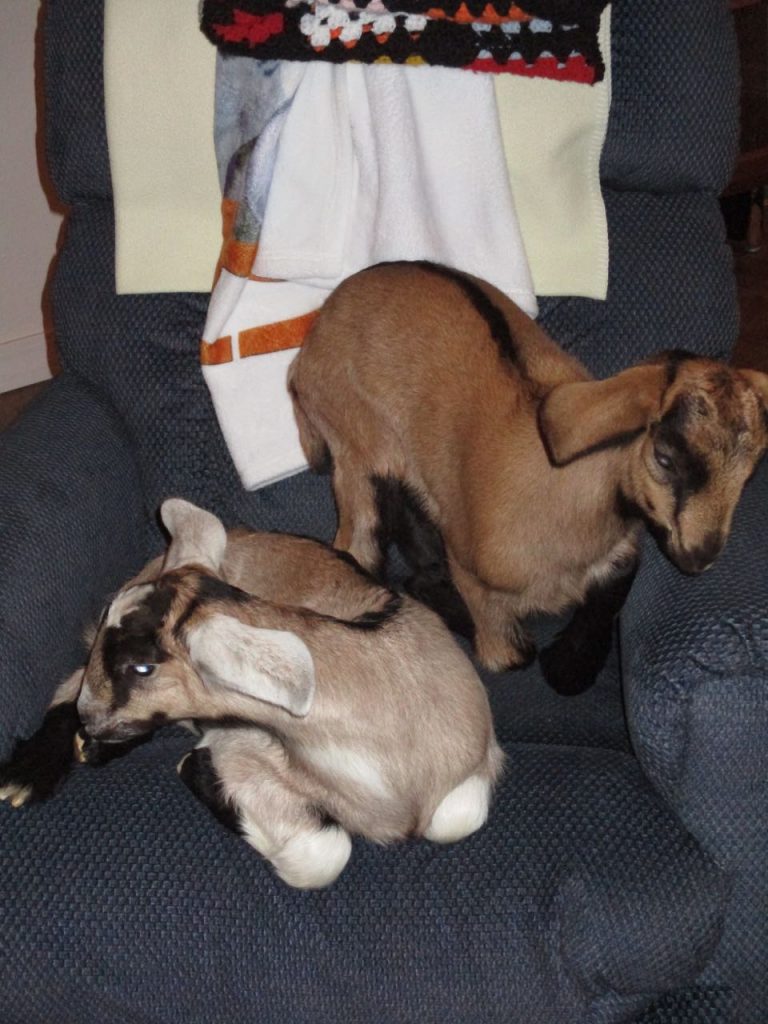 Brownie makes friends with one of our stuffed goat toys. 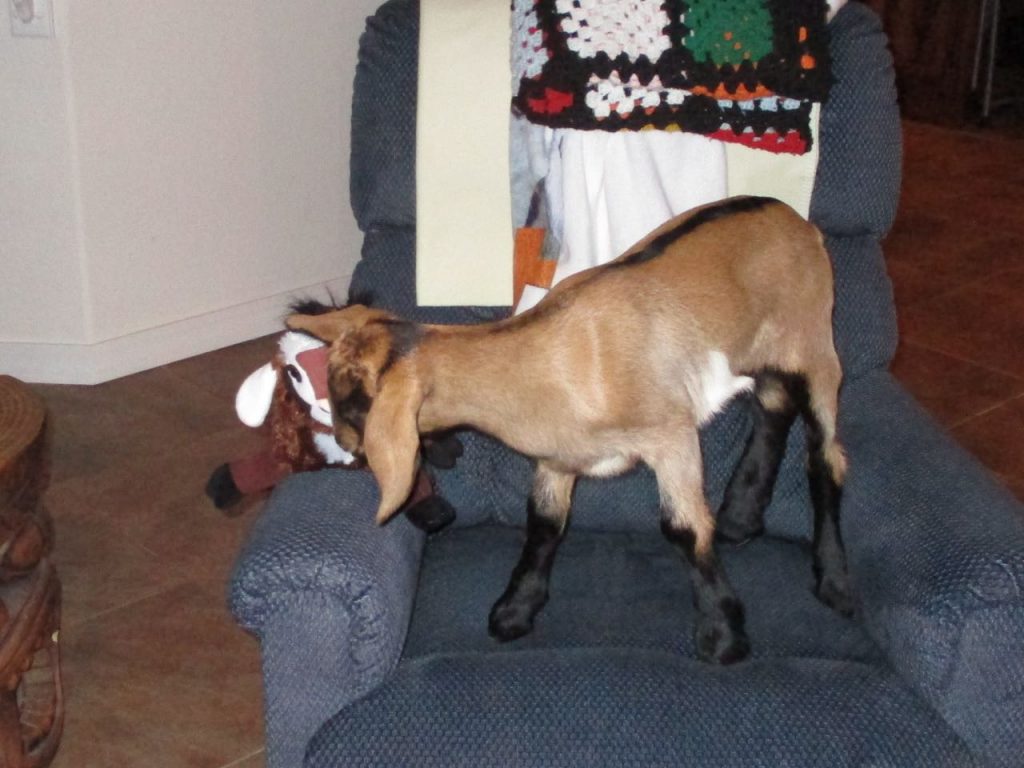 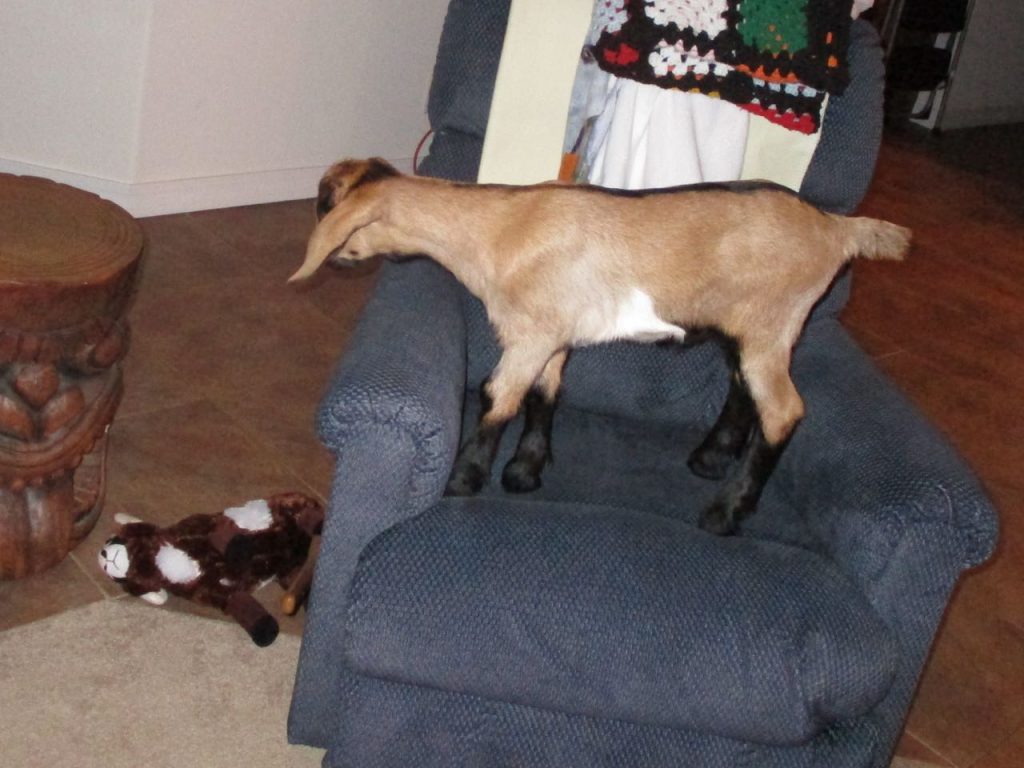