Phil and I took the boys for their fourth drive today and it went very, very well. This was good because the boys’ third drive which we took on Sunday was not so amazing. The lesson that day was that Finn hates to stand still! Our plan on Sunday was to meet some friends at the golf course and they would walk around with us as we took turns driving the goats. But when they arrived their baby was asleep in the car and they didn’t want to wake her, so we stood around in the parking lot talking for an hour before we finally hitched up. Finn’s patience for standing around doing nothing lasts for approximately 15 minutes. After that he gets more and more restless and eventually becomes obnoxious and even downright rude.

When we finally hitched the boys up, Finn was completely on edge and it took a few tries for me to get in the wagon without him taking off. Once I got in I drove the team around the parking lot a couple of times to settle them before going on the road. When I said “Walk on,” Finn plunged ahead full steam. When I said “Whoa,” he would stop so abruptly that I almost wound up sitting on his rump. And any signal to turn resulted in a dramatic dive in the requested direction. Poor Sputnik got bumped and yanked every which way. But I am very pleased to say that he did not add to the mayhem and in fact remained surprisingly calm throughout the entire drive that day, which unfortunately did not improve much once we left the parking lot. Three times during our drive, Finn reared up and landed on top of Sputnik. Once he turned so sharply he tumped over the wagon. There was no permanent damage, but I was a little mad at him for behaving so badly. Still, I have to admit we really were pushing his buttons. Several times I had Phil walk ahead while I made the boys stop and stand still. Sometimes I made them pass Phil. Neither of them wanted to cooperate for these little “Red light, green light” exercises, but eventually we got through it and by the time we got back to the truck the boys were fairly well settled down. I thought Sputnik would be far more upset by Finn’s antics, but he took it all in stride. Even when Finn jumped on him he just stood there and waited for him to get off. I think Sputnik is going to wind up being the anchor of this team. He’s my “Steady Eddy” and is less perturbed by things like barking dogs, golf carts, and lawn mowers than Finn is. He’s lazier than Finn, but this means he has less motivation to misbehave. Misbehaving is work!

We didn’t have time to drive on Monday and I was a little afraid that the boys would have bad memories from Sunday’s drive and not want to cooperate, but they were both eager and willing today. Finn was a little fractious for the first five minutes or so and tried to insist on taking the loop to the right. I was planning to go right, but I made them go left instead just to let Finn know he couldn’t have his way. Once he settled down I turned the team around and we went the way Finn and I originally wanted to go. Phil and I practiced making the boys stand while the other of us walked ahead, and we made the boys trot past us–things that completely set them off on Sunday–but we had no trouble with them today. We took some videos and I can’t wait to get them edited and uploaded to the internet! I hope I have time this weekend! Here are some photos from today’s drive.

Phil and the boys waiting patiently at the side for cars to pass. 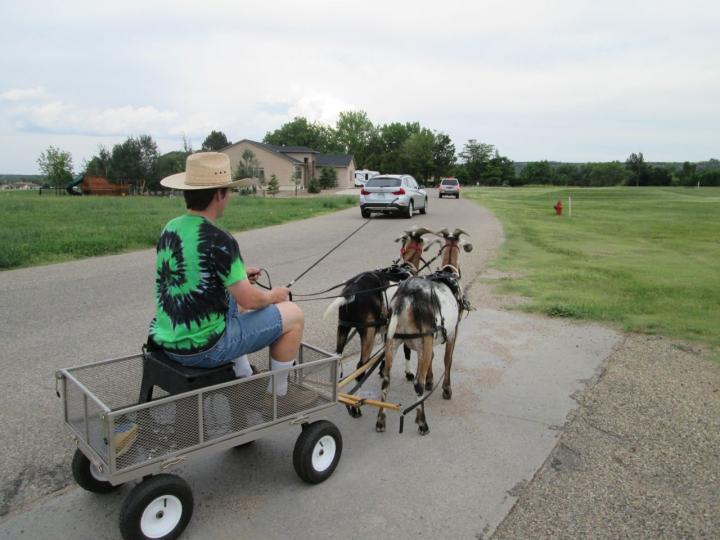 Me and the boys negotiate a traffic dip. I love how synchronized they are when they walk. Once they hit their stride they move perfectly together! 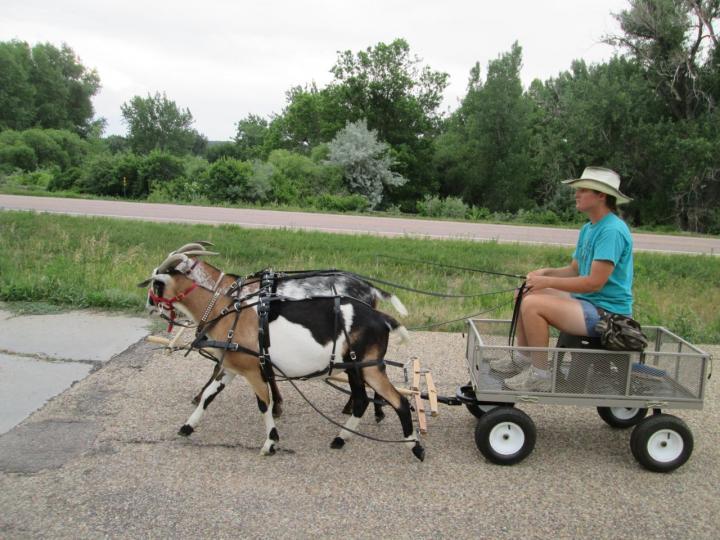 The boys are starting to pull quite evenly now. Our starts are still rough, but they’re definitely beginning to understand the concept of teamwork! 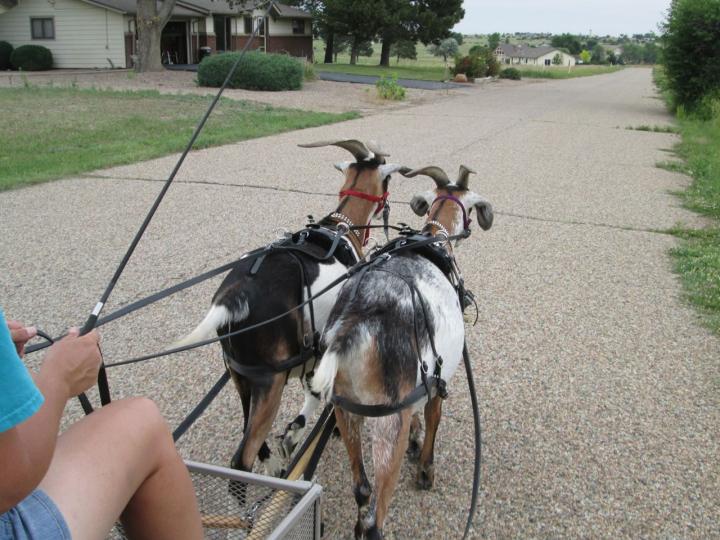