Yesterday afternoon, Phil and I loaded up Finn and Sputnik and went for a hike to the natural water slide. I fastened the Sopris pack on Sputnik as his back is now easily long enough to carry it comfortably. I slid the  trash cans into the panniers because we had a mission: to clean up this beautiful trail that is too often used as a garbage dump by people who should know better. 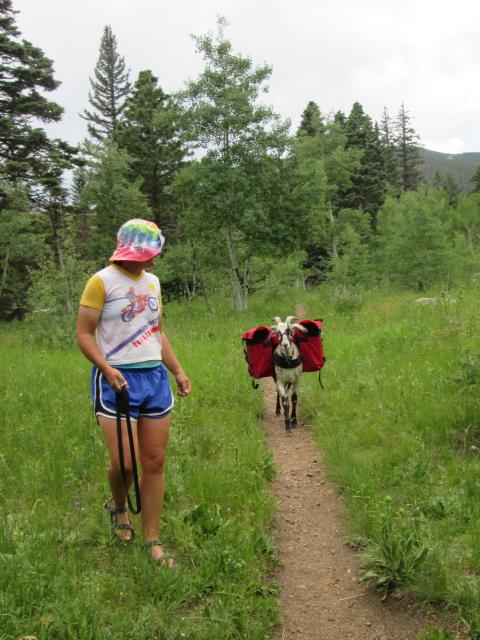 Sputnik carried the pack like a champ. This goat has really come into his own this summer and is no longer the skittish little guy who jumps at every touch of my hand. He stood perfectly while I saddled him and didn’t flinch when I tightened the cinch or even the britchen. He didn’t even spook when I slid the trash cans into the panniers. He was a little unsure of himself at first because the wide pack kept hitting trees and rocks in narrow places (and this trail has a LOT of narrow places!), but he soon got used to it and even learned very quickly when a spot was too narrow and he had to go around or over instead of through. 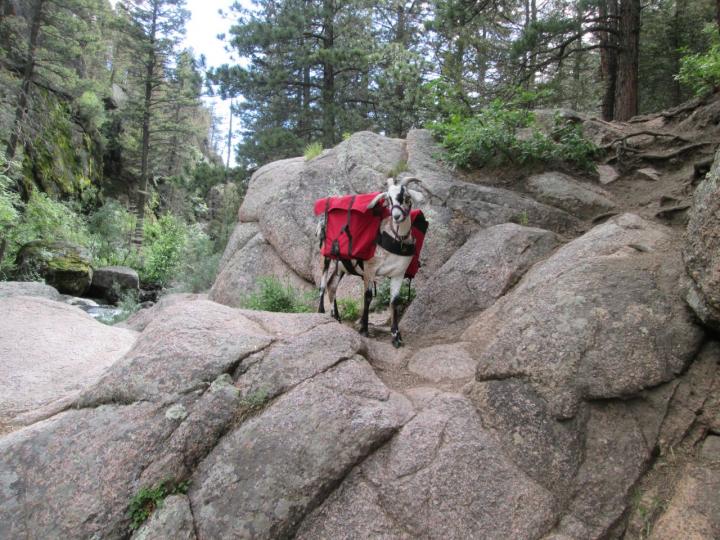 It’s obvious to me that Sputnik really, really likes having a job. It makes him feel important and he takes his work very seriously. He even posed for a few photos–something I’m not at all used to with this goat. I’m pretty sure that with this one hike his self-esteem just tripled. 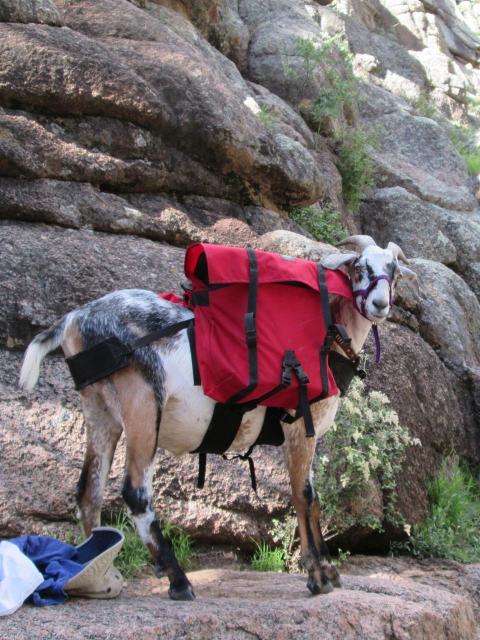 Finn came along too, but he was useless–he didn’t have a pack on at all and he spent the whole time goofing off. 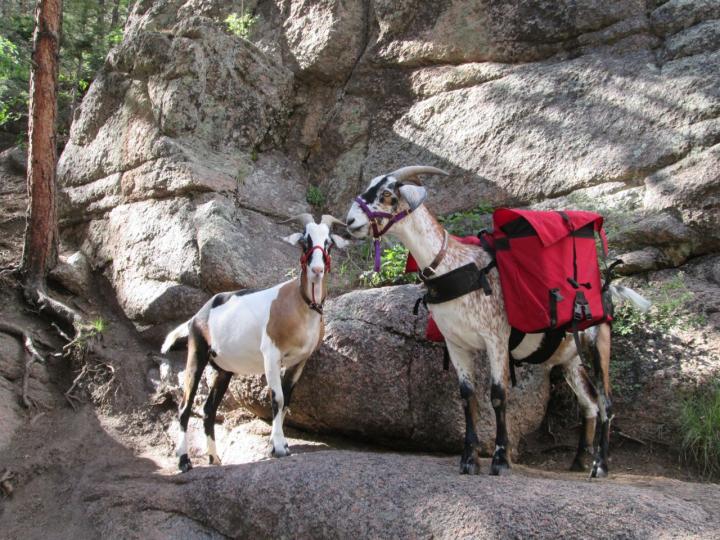 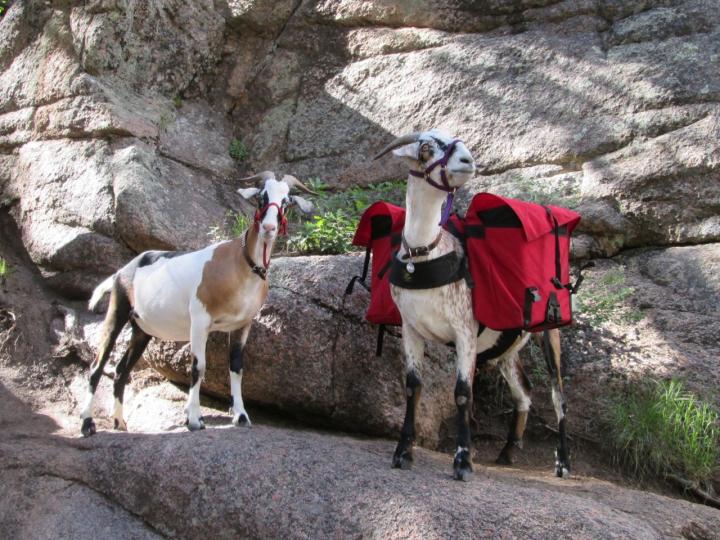 By the end I had filled both panniers with garbage–mostly plastic water bottles and granola wrappers, but also a few odd things. The nastiest was a discarded pair of underwear that had been partly shoved under a rock. I can only imagine why. I picked that one up with a long stick. Luckily I remembered to line the trash cans because even a trash can shouldn’t touch some things. 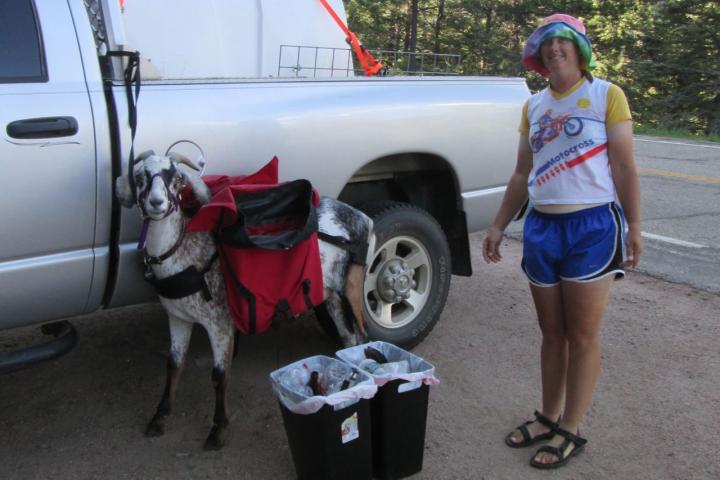 This trail has several water crossings, and I was impressed with Sputnik’s bravery. He hesitated the first time, but after that he never missed a beat. There was a spot on the way back where Phil was carefully crossing from stone to stone with a hesitant Finn in tow. I knew that Sputnik with his big packs would have a hard time negotiating that route, so I decided to take him right through the creek. I jumped off a boulder into thigh-deep water, expecting to have to pull Sputnik in after me. But before I walked far enough to tighten the leash, I heard a tremendous splash as he plunged in after me, garbage cans and all. Such a change from the Sputnik who panicked in the lake at Rendy last year or who had to be physically dragged into the pool at Calf Creek Falls last October!

1 thought on “Sputnik the mighty packgoat!”