The best thing about having lots of animals is that they don’t let you wallow in grief over the ones you’ve lost. No sooner had we laid Cuzco to rest and wiped the dirt from our hands than the rest of the herd was clamoring to be let out of their pen and taken for a walk. 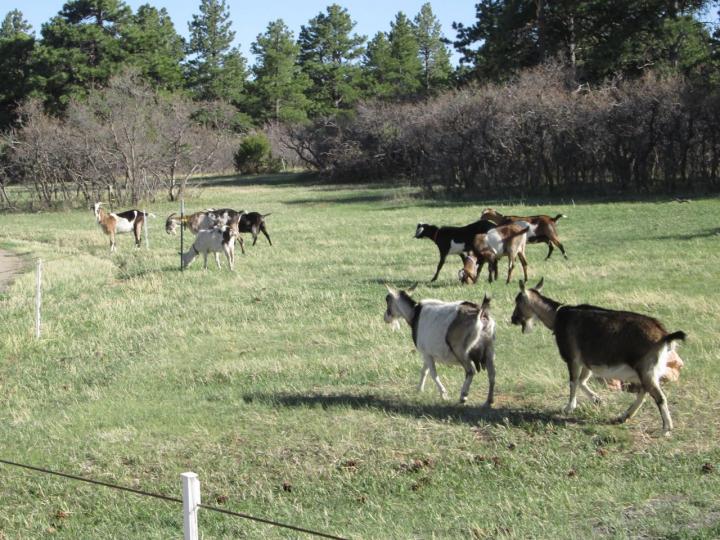 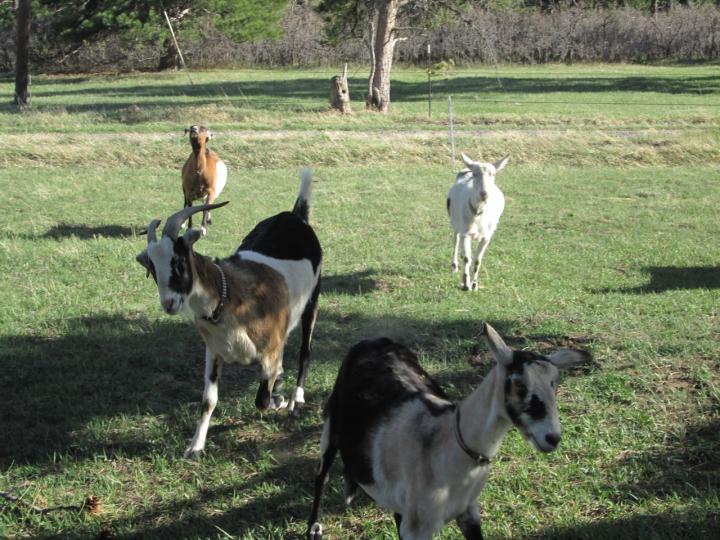 The goats always know when I’m carrying my goody pouch! 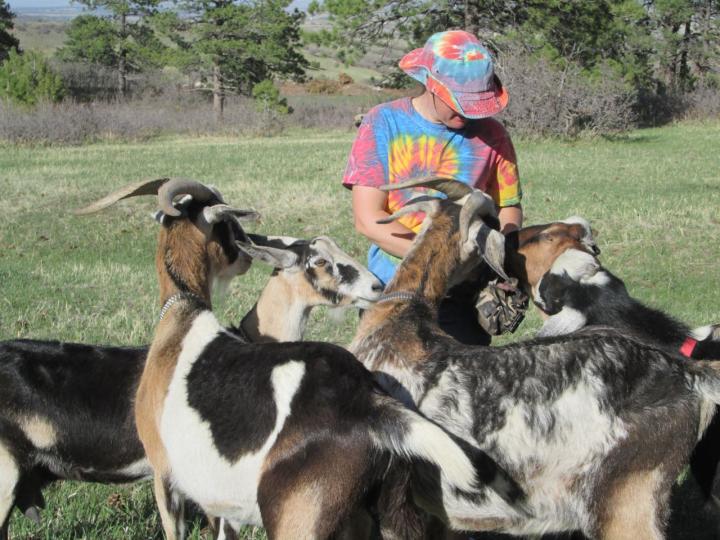 Miss Tigerlily is carrying her pregnancy very well. Much like her grandmother Lilly, she barely looks like she’s expecting. But there’s a tell-tale bit of warmth and swelling in her udder area, so we’re guessing she has to have at least one in there. 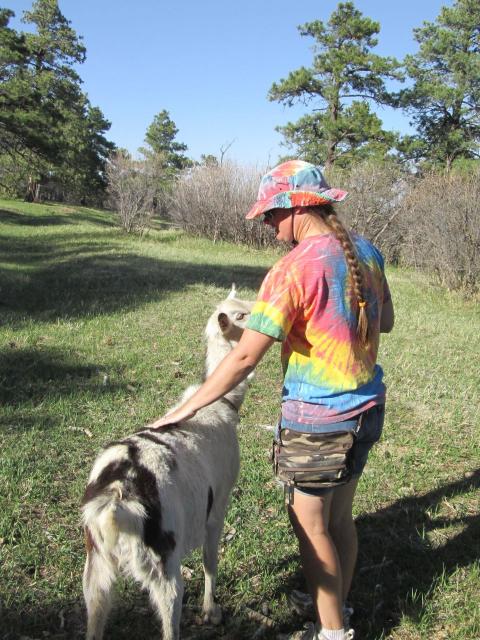 Phil and I call these clouds with rays falling through them “Jesus clouds” because they look like those paintings of Christ’s resurrection or return. Very fitting for the day Cuzco went to heaven. I don’t think the goats noticed or cared. 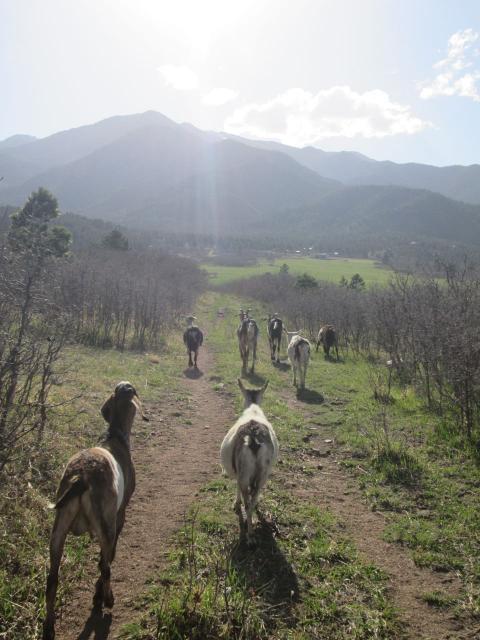 This middle-aged gray gelding named Jet was once the little black colt who started it all. I had no horse companions for our expected foal to frolic with (other than his exhausted mother) so Phil and I went on the hunt for a suitable goat companion that would be there for him when he was born. And that’s when we found Cuzco. Jet and Cuzco were fast friends until Jet grew up and joined a proper horse herd, and Cuzco grew up and joined me and Phil’s “people herd”. 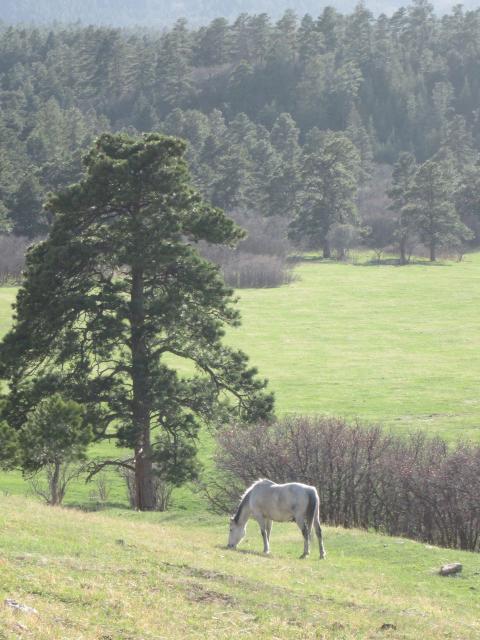 Sometimes I feel like the Pied Piper but with goats in my entourage instead of children (and with this outfit, I think it’s appropriate!) 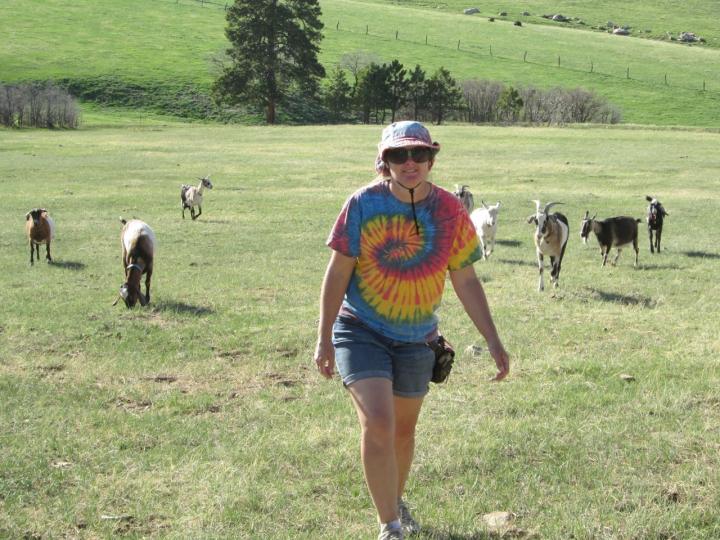 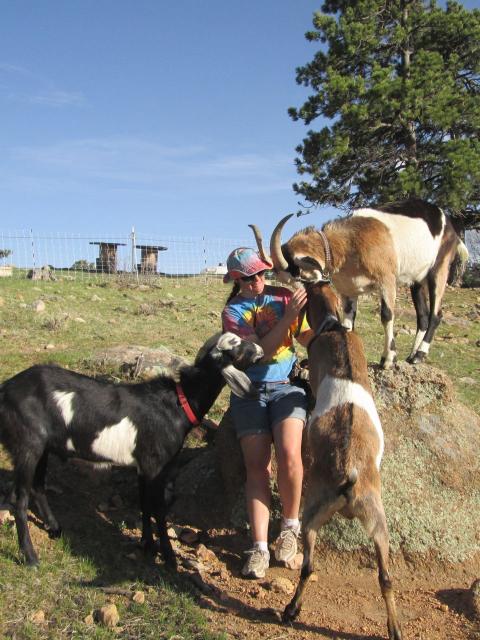 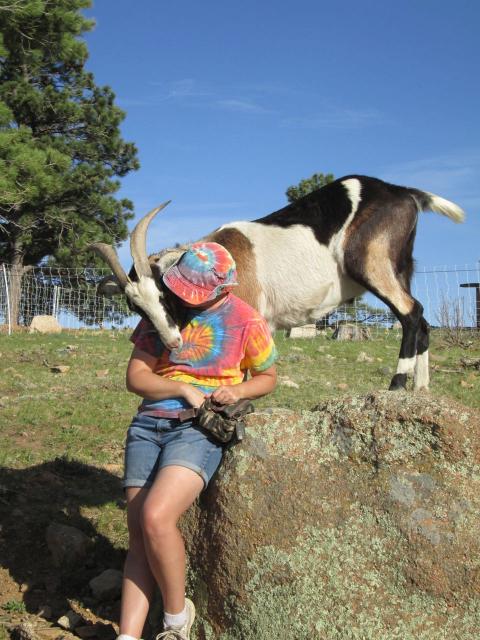 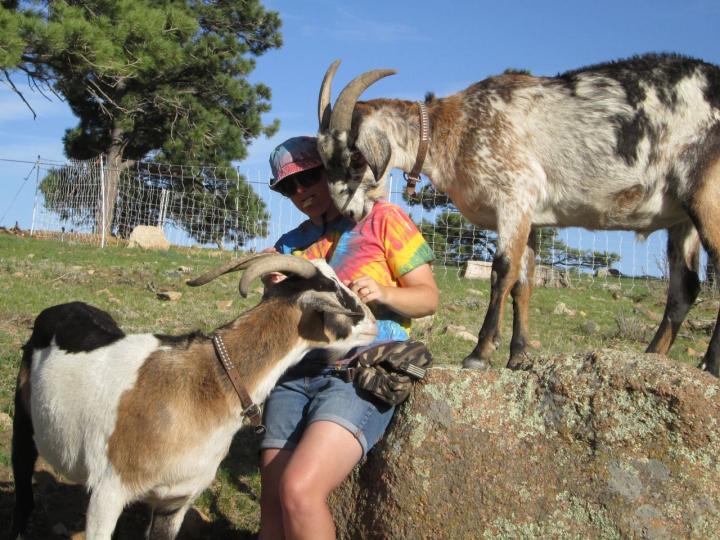