Phil and I decided to attend the North American Packgoat Rendezvous in Island Park, ID this year, so we packed up Finn and Sputnik and headed out on a Monday morning. The Rendezvous wouldn’t start until Thursday afternoon, but Phil and I wanted to stop for a couple of days in Utah on the way. We have a friend named Herb who lives in Ferron, which was almost exactly halfway along our route from Rye to the Rendy in Island Park. It seemed like a great opportunity to visit with Herb and explore his beautiful part of the country near the San Rafael Swell.

Monday evening we arrived just early enough to take a short hike to see some petroglyphs. Herb met us at the trailhead and we all unloaded our goats. Packs were not necessary on this little excursion. 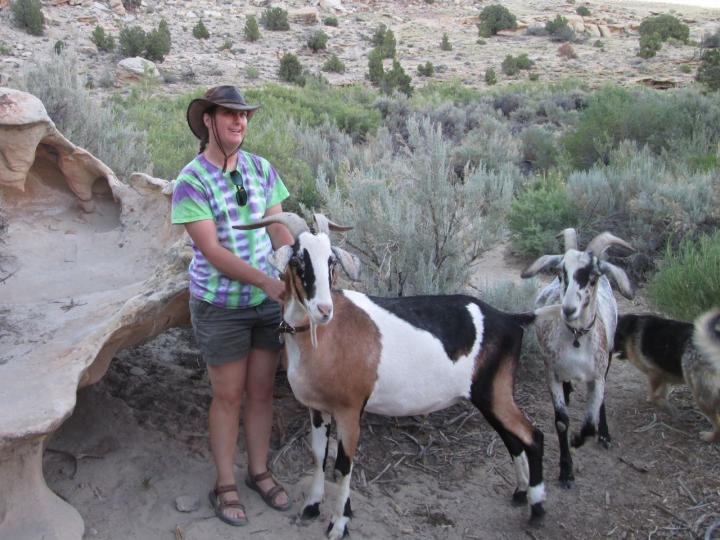 Herb led the way way. The goats were funny. We had our two and Herb brought two of his, so there was a lot of jockeying for position and no one quite knew where to walk in the lineup. They all got along pretty well, but they kept switching places, being unhappy about it, and switching again. Herb’s dog, Luna, wasn’t quite sure what to do with two new goats and kept teasing and harassing mine to get a reaction. The goats showed quite a lot of restraint and no one hit her on this hike, although I could see Finn revving up to it. 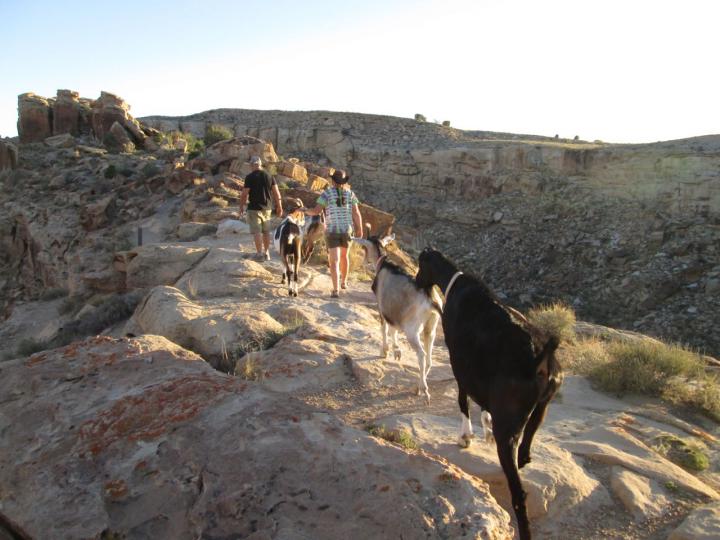 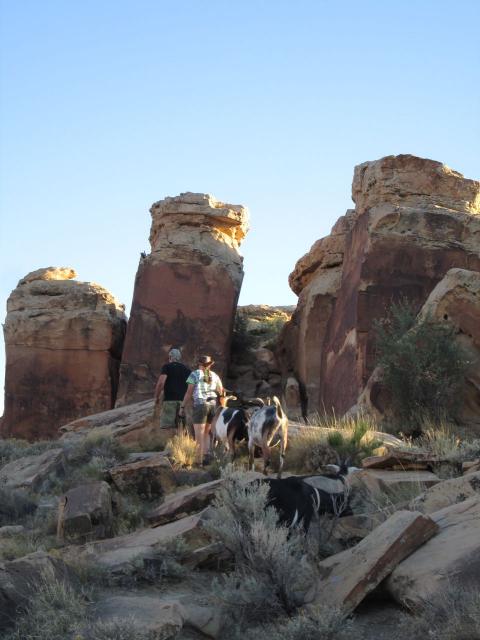 I love how Finn’s beautiful facial markings pop out in this light. 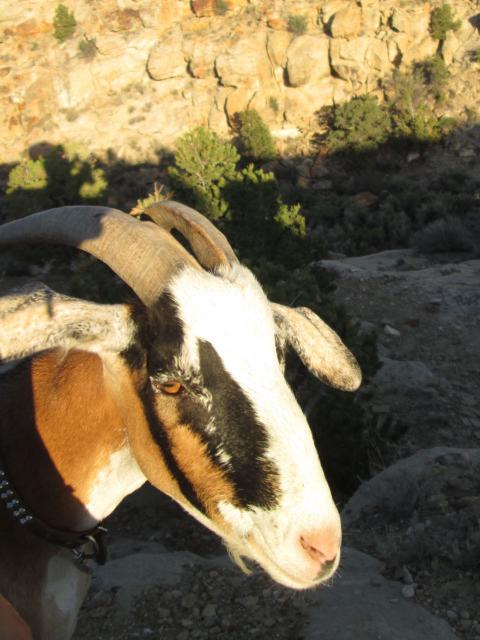 Herb’s “Barry Goatalow” has turned into quite the athletic young hiker! He’s enormous for a yearling, with long straight legs and nice conformation. He loves to climb, jump, and explore, and he does it with an easy, graceful style. I think he’s going to mature into a killer packgoat. 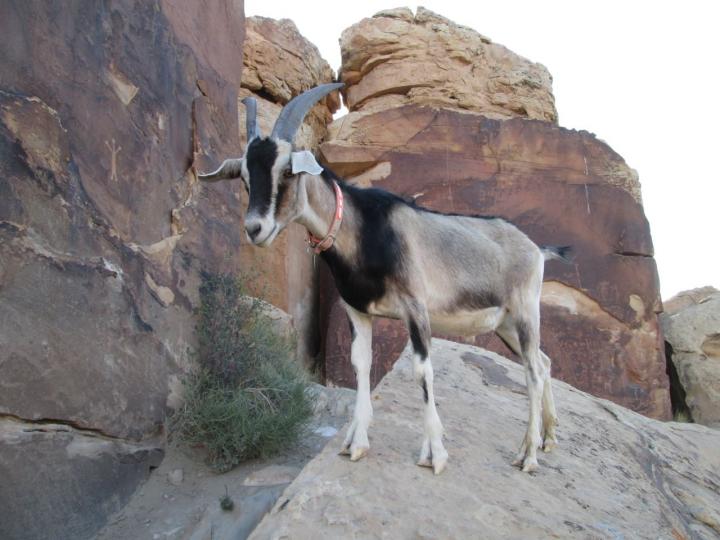 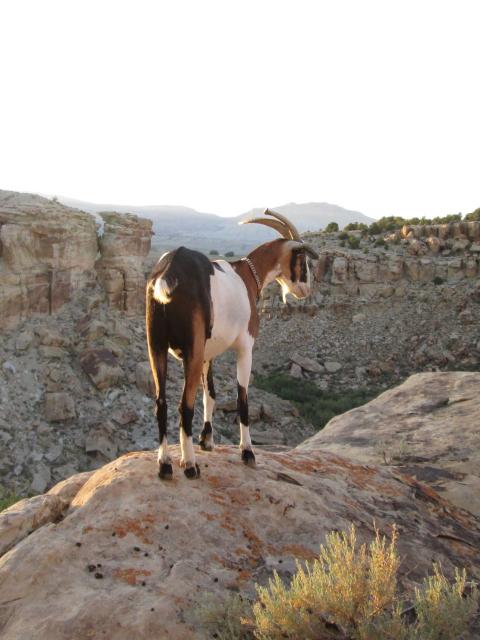 Sputnik’s dinosaur-like features look great against the rocky backdrop of a Utah desert. 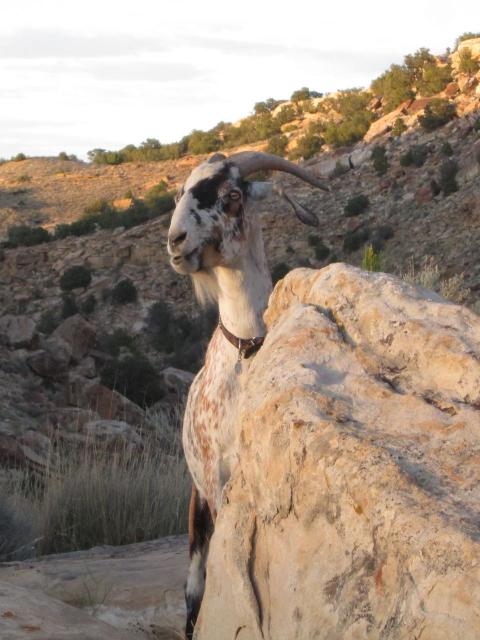 Does this goat ever NOT strike a pose? 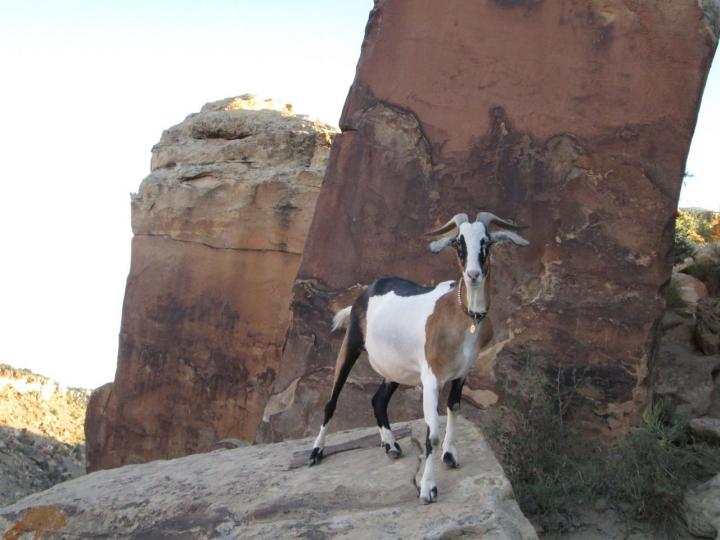 3 thoughts on “Two Days in Utah”