There was a solar Eclipse last week and it’s about time I posted the photos! Phil tells me there was some speculation among folks on Facebook about what animals would do during an eclipse. Some even wondered if they should get eclipse sunglasses for their dogs. I wonder if some folks maybe ought to not own animals.

As you can tell, our animals were completely terrified of the sudden dimness. They went into a feeding frenzy in a vain attempt to stifle their utter terror. 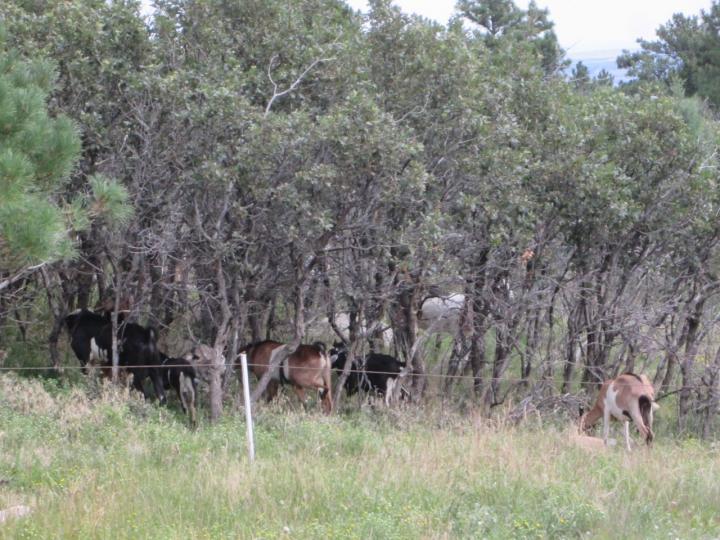 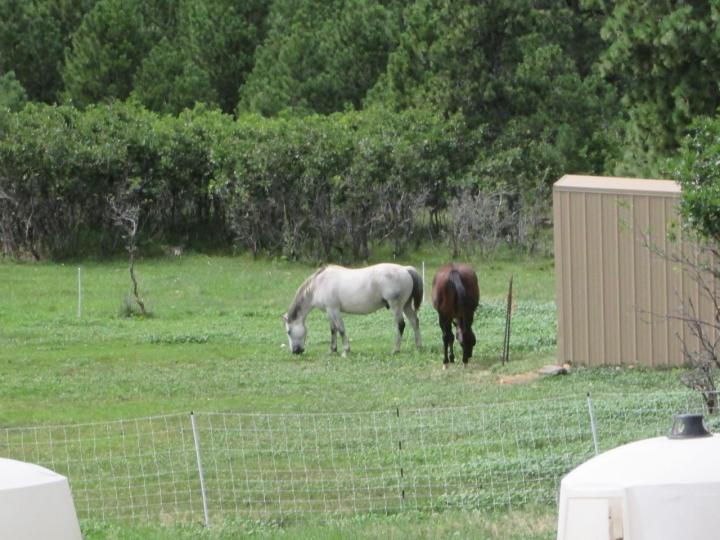 Nubbin is horrified by Pluto’s failure to wear doggy eclipse glasses. Everyone knows that goats with their horizontal laser pupils can stare unblinking at the full noon sun, but dogs will go blind during an eclipse and ought to take more care to wake up from their naps and put on eye protection. 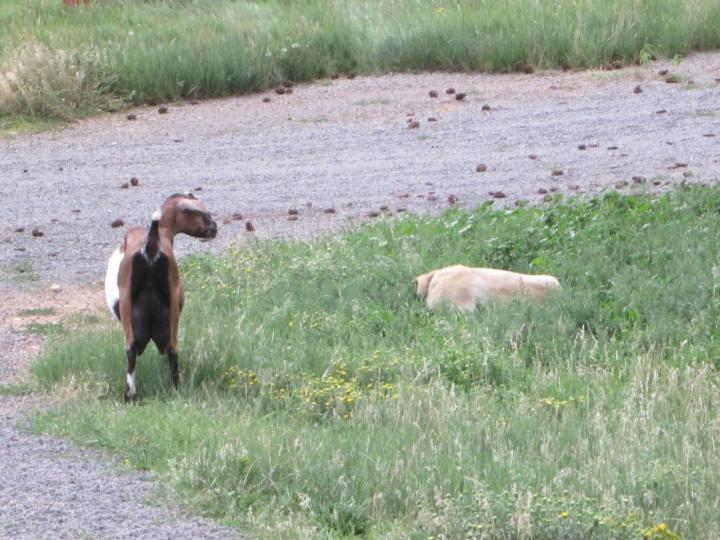 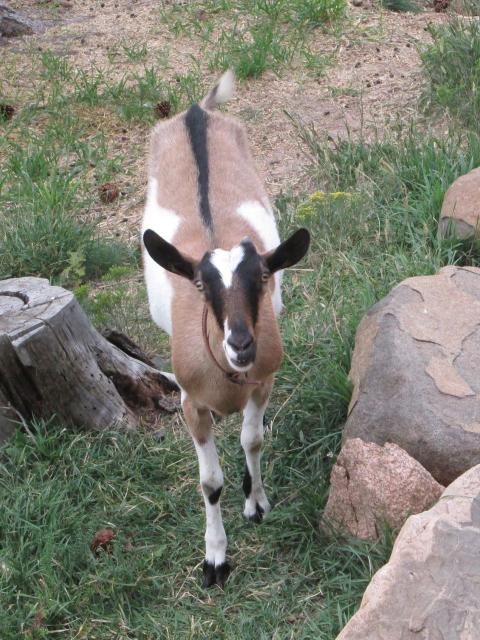 Little Coral was overcome by “eclipse madness” and began to levitate. 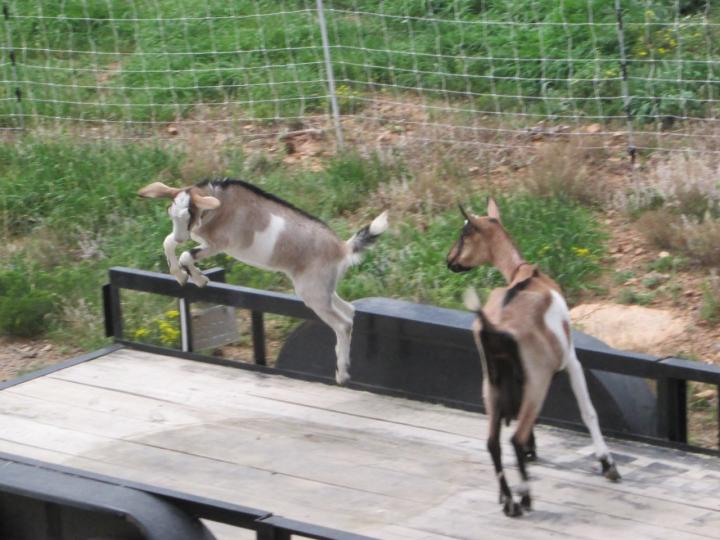 King Finn takes to his podium to calm the frenzied crowd. 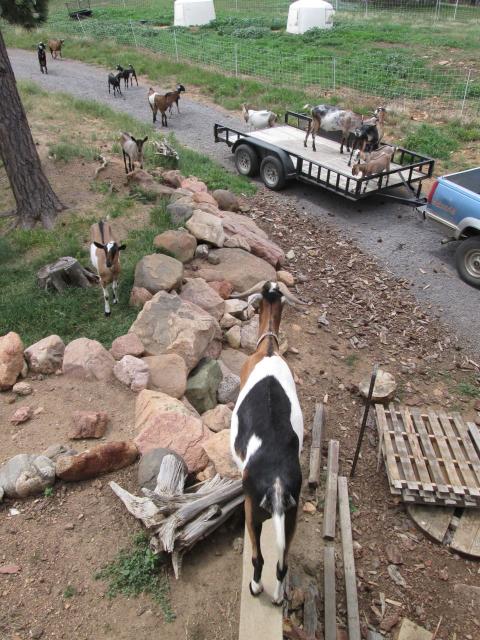 On the human end of things, Phil rigged up a cardboard projector by duct taping our binoculars to a tripod. We only had about 90% totality, and since the day was cloudy I wasn’t sure we’d be able to see much. But the clouds were often thin enough to give us a view, and the projector was good enough we could still see some sunspots and watch the clouds drift across the image on the paper. 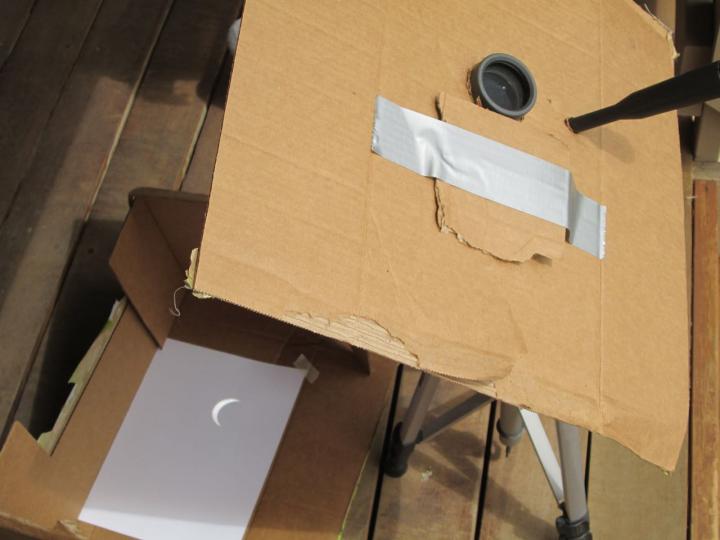 In fact, the thicker cloud cover gave us the opportunity to view the eclipse directly and get photos of it without a filter. 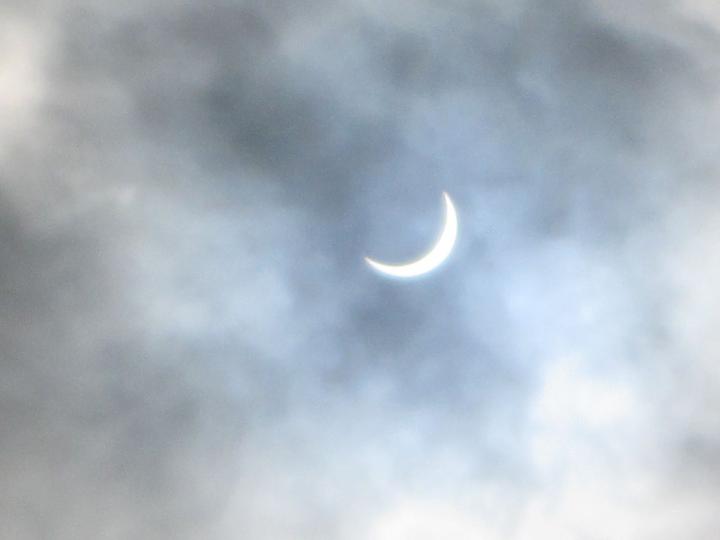 The light across the valley took on an eerie hue, almost as though a huge thunderstorm was brewing. Apparently our house will be right smack dab in “the zone” for the total eclipse of 2045. Supposedly that eclipse will have six minutes of totality! As even this 90% eclipse was pretty nifty, I’m eager to see what a full eclipse is like. 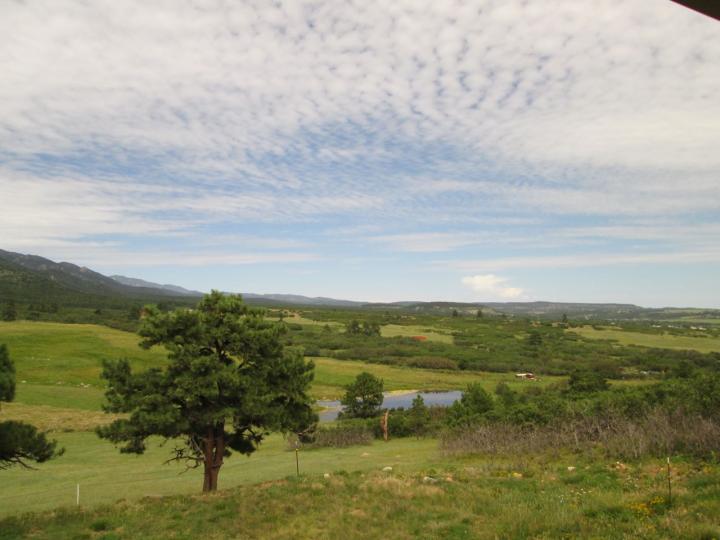