I made a terrible mistake tonight–a mistake that cost poor, brave Nibbles her life. I cannot sleep and so I write…

Phil and I were heading to bed around 10:30 when we heard coyotes howling near the house. I suddenly realized I had forgotten to turn on the electric fence when I put the goats to bed earlier. Phil went out to switch it on. When he opened the door, the coyotes sounded very close–much closer than usual. I went on the porch and I could see two of them slinking through the horse pasture in the moonlight, not far from the lower edge of the goat pen. Phil shined a light into the pen to check on the goats, but he did not see Nibbles among them. I threw on a bathrobe and slippers and joined him to look for her.

Phil found her lying at the bottom of the hill next to the fence. Brave little goat–she had gone down to protect the others. She had fought with the coyotes through the fence. I’m not quite sure how they killed her. Other than a couple of very minor punctures, she had only one wound on her throat from which she lost only a little blood. I suppose there could have been more internal bleeding than we could see, or perhaps she died of the shock. She was cold when we found her. I’m not sure why the coyotes had left her without eating, but I’m glad they hadn’t started. We took her back to the house and put her in the garage where she couldn’t attract more predators.

I fixed the fence in the moonlight. Then I sat and comforted little Nubbin, more for my own sake than for hers I think, and I reflected on what I had done. I’m horrified that I neglected such an important detail. We are fortunate that we only lost one goat. I know that anyone who raises animals is going to lose them eventually, but Nibbles is the first, and it was untimely. Most of all it hurts that it was my own fault. 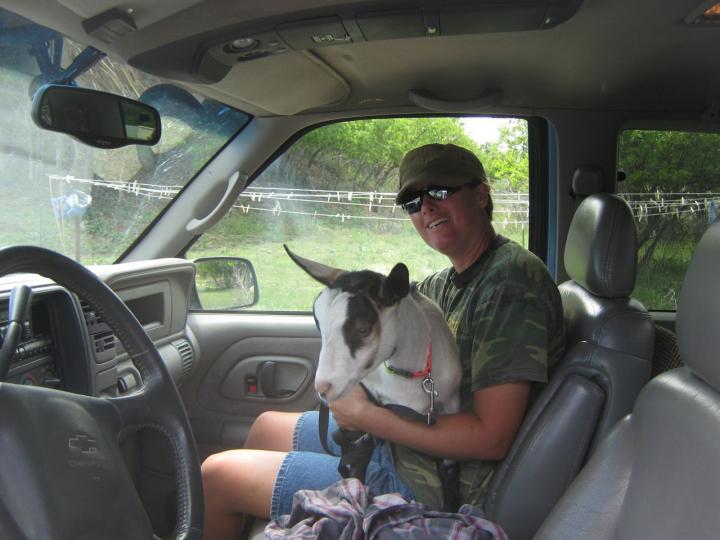 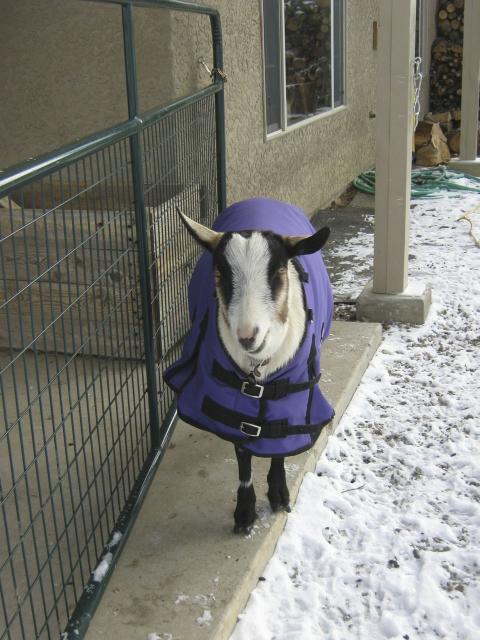 Too short, baby. We won’t forget you!