It turns out our little Butterfly is a real live wire! This gal won’t sit still for anything. She hopped over the lip of the shed this morning, which might be a new record for goats this young. Once out, she not only refused to go back in, but she refused to stay in when I put her back. Her mother was rather unhappy for most of the morning and early afternoon because Butterfly and George were separated. Butterfly flitted gleefully all over the pen while lonely little George cried for his sister. He couldn’t seem to figure out how to negotiate that ledge and he wasn’t motivated to try very hard. So George cried and Skeeter hollered while Butterfly gleefully explored her surroundings, completely oblivious to the hysteria around her.

I eventually liberated George from the shed so he and mom could calm down. It made Skeeter happy when both her kids followed her out of the pen so she could graze with her watchful eye on them. Unfortunately, this happy scene was short-lived. George quickly discovered Pluto’s doghouse and disappeared inside for a nap while Butterfly opted to continue exploring the yard and trying out her new legs. 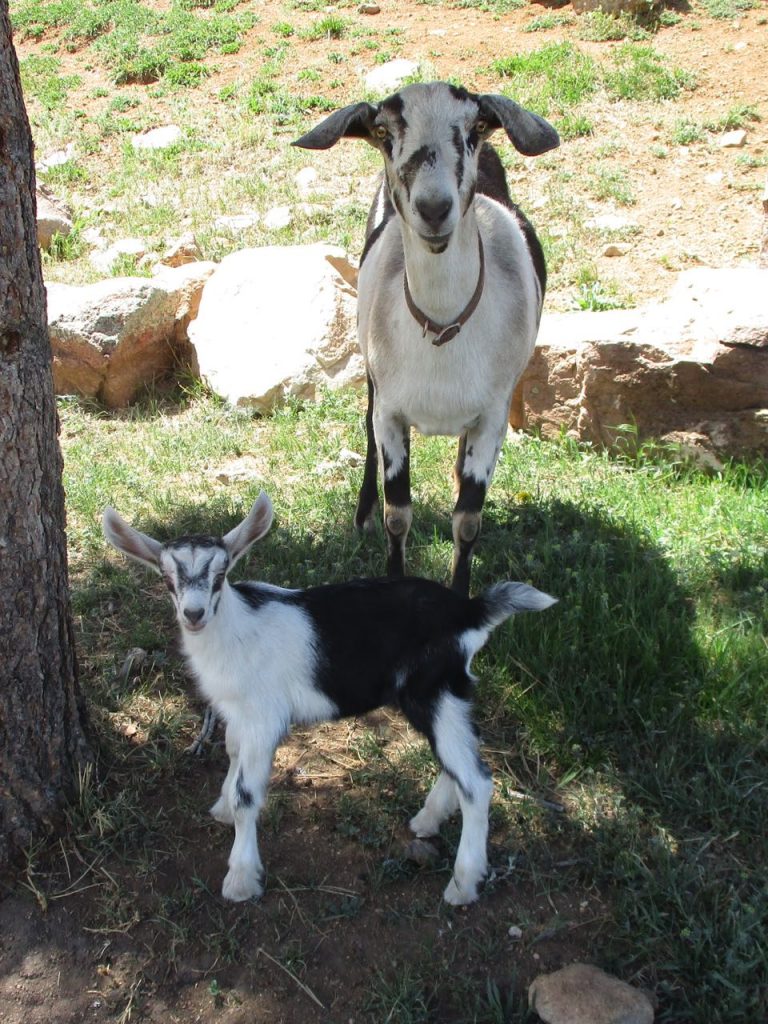 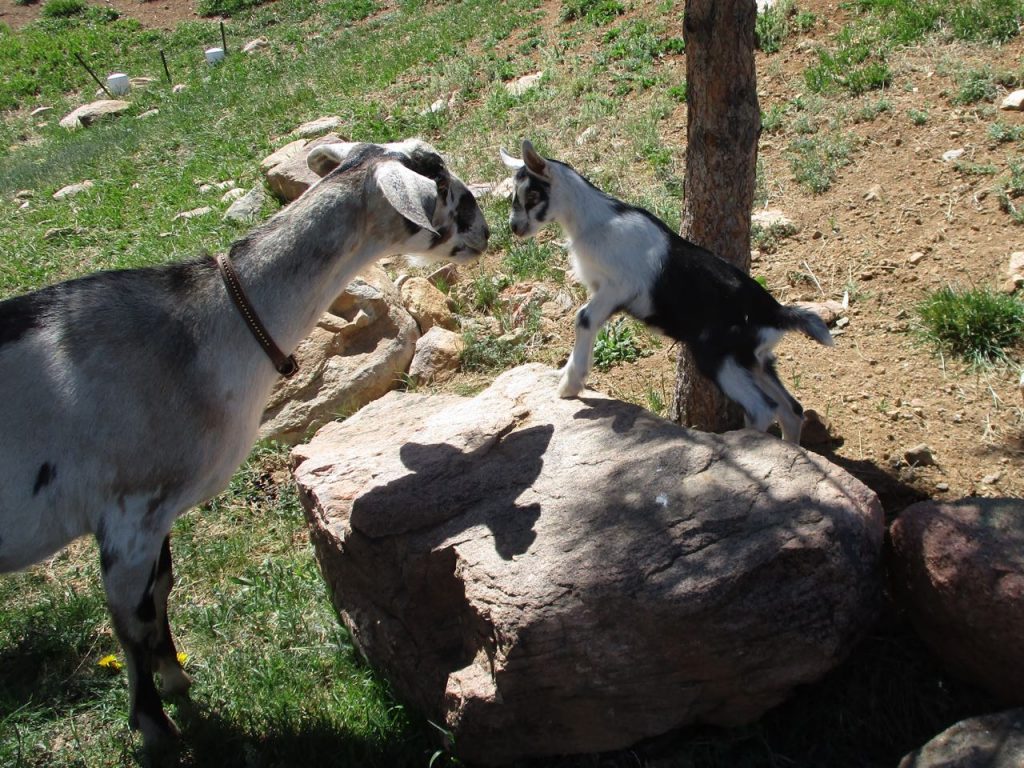 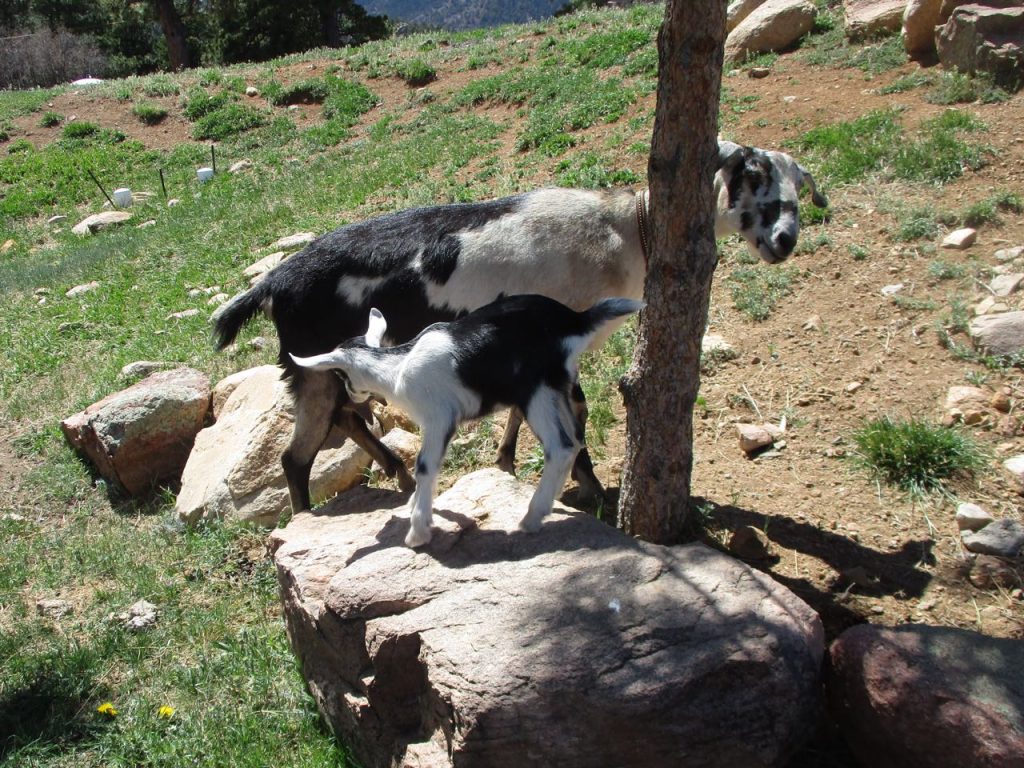 Skeeter tried in vain to lead her wayward daughter back toward George. Instead, Skeeter had to abandon George so she could follow Butterfly all over the yard. Luckily George felt safe in the doghouse and was content to nap quietly while his sister explored. 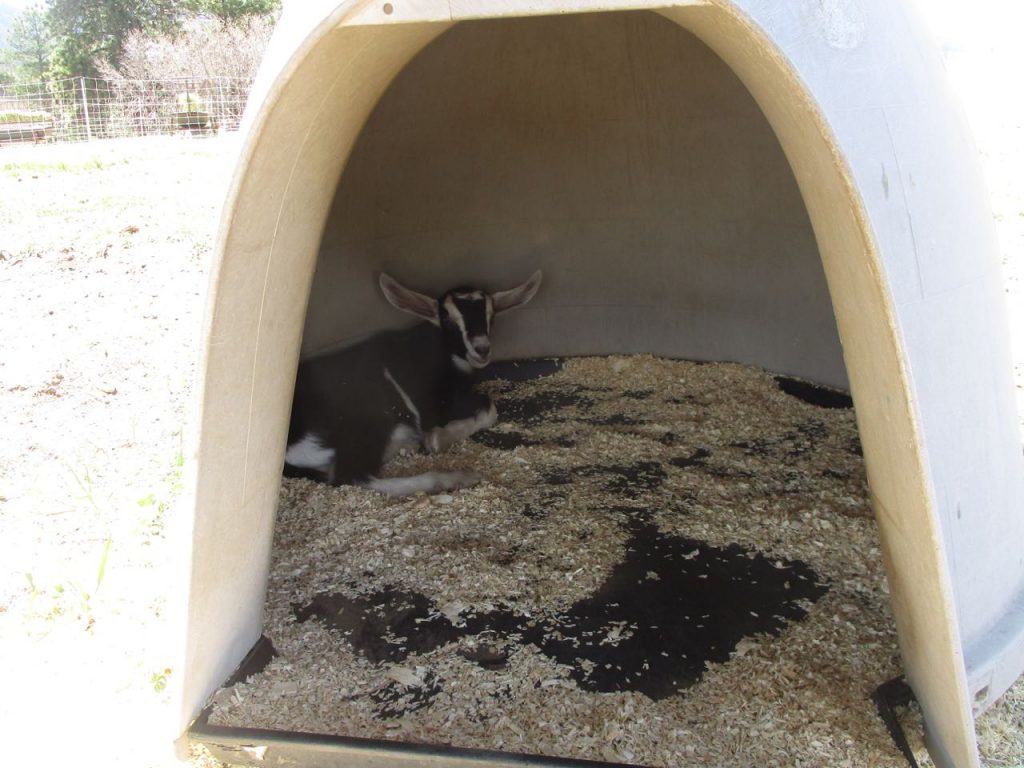 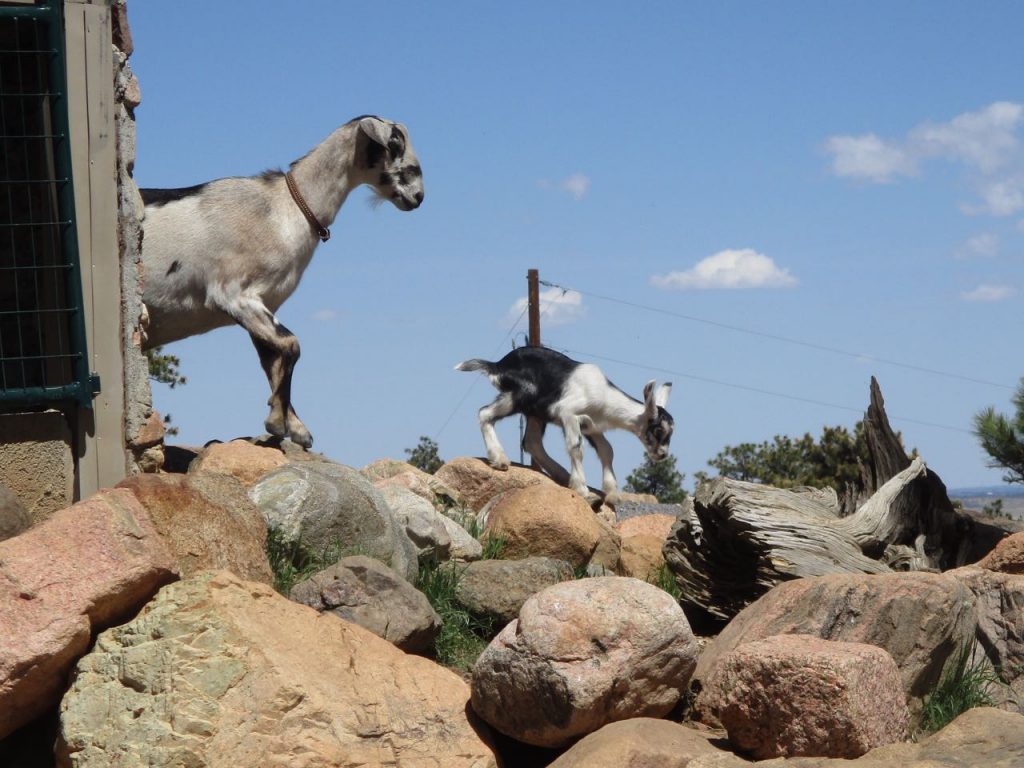 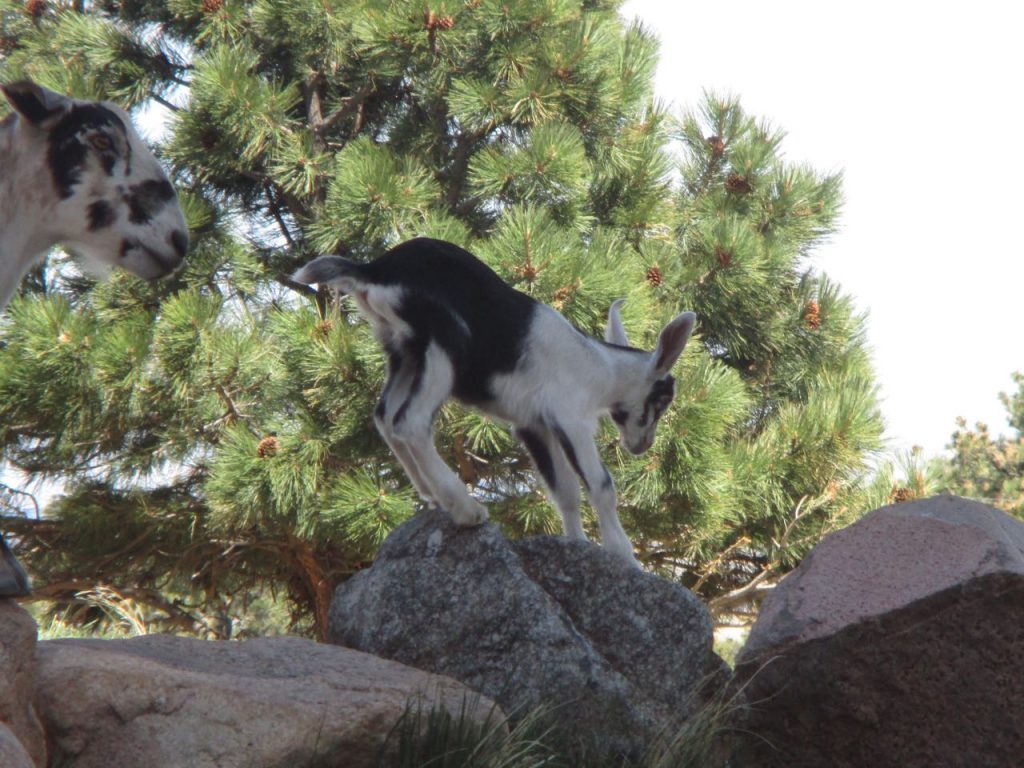 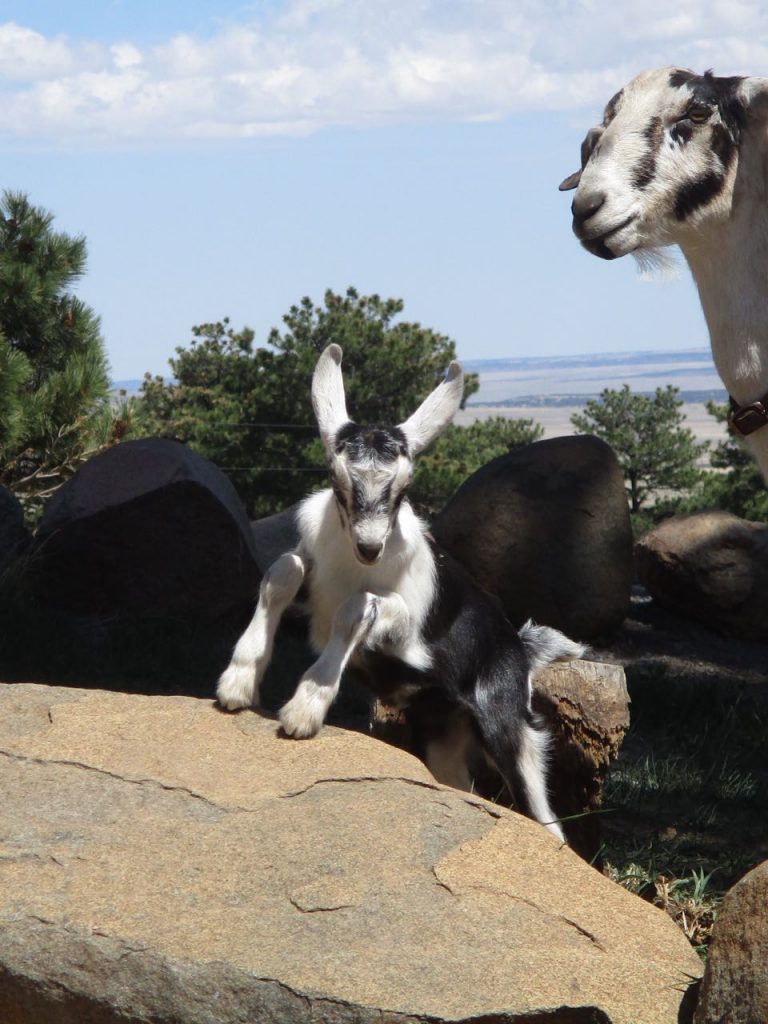 This Butterfly is a brave one! She watched in fascination as Daisy scratched her ear. “What is this large, hairy beast?” 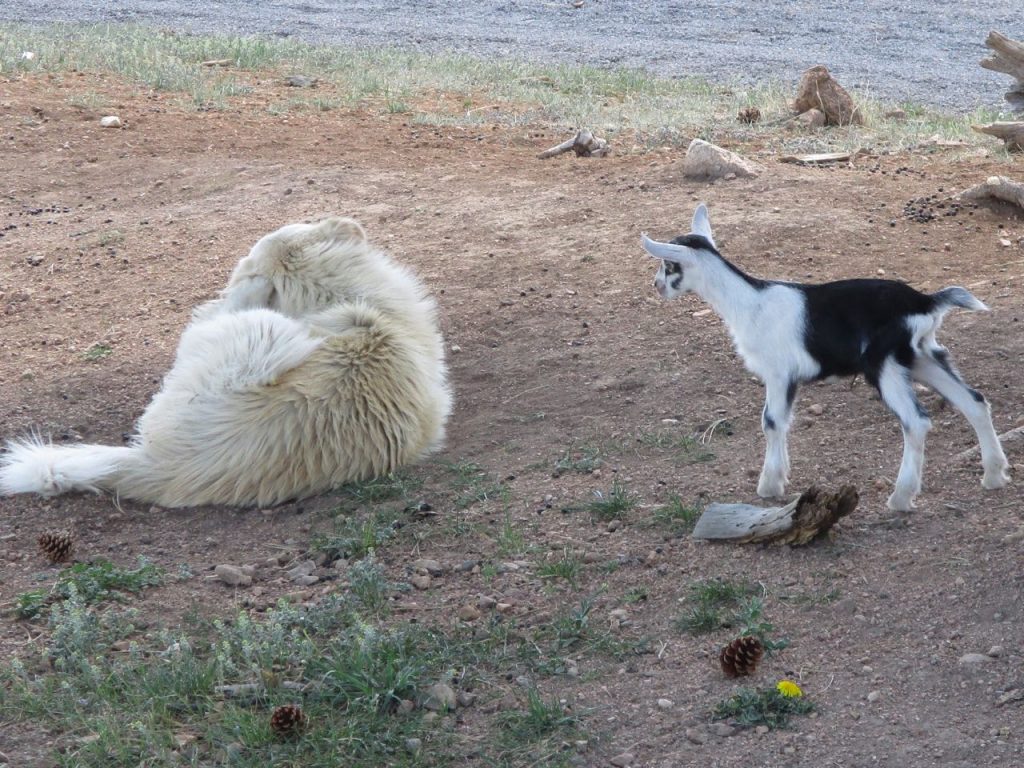 She had to step in for a closer look… 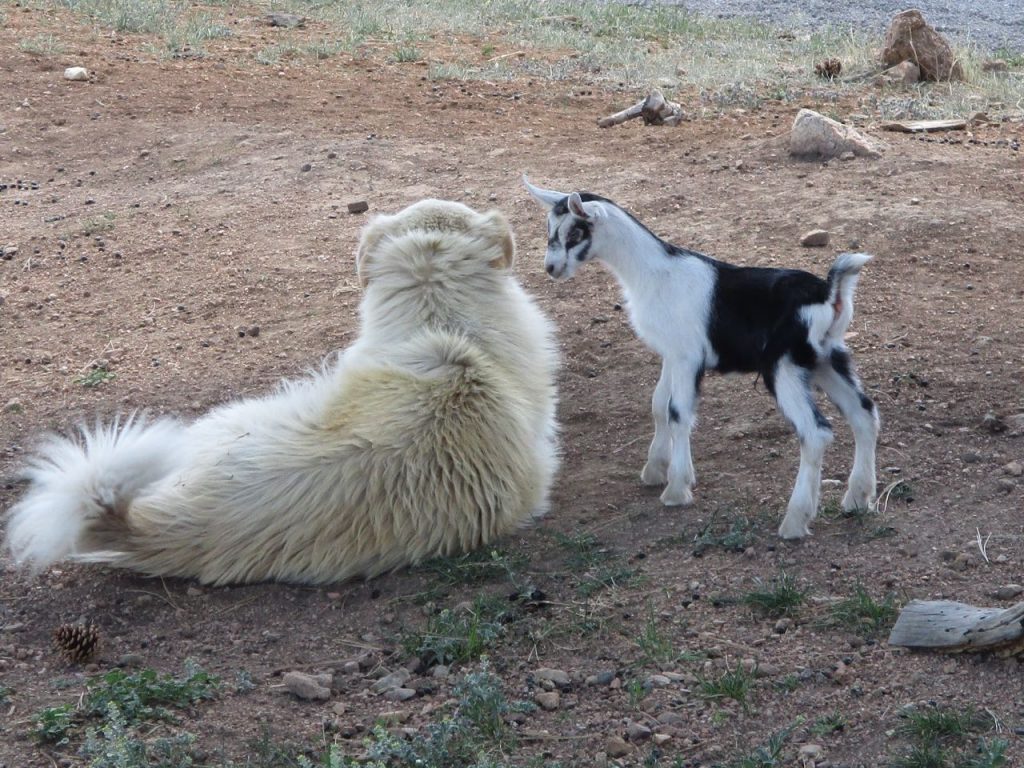 “Ugh! The nasty thing kissed me!” Butterfly took one whiff of dog breath and raced back to mama. But it had been an exciting adventure! 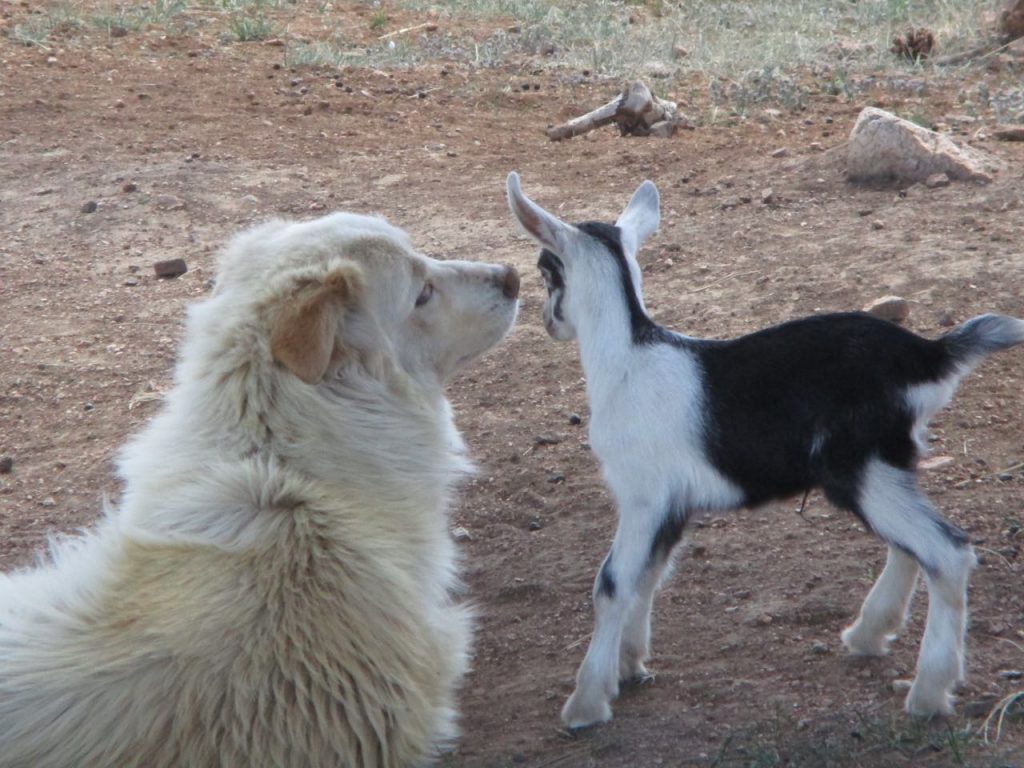 After this I put Butterfly into the doghouse with George and by then she was tired enough to stay there so Skeeter could get a break. With both her babies napping in one spot and the dogs keeping watch, Skeeter finally settled down, stopped yelling, and went foraging with the herd for the rest of the afternoon. She’ll get the hang of these babies soon!

2 thoughts on “Out of the Cocoon”